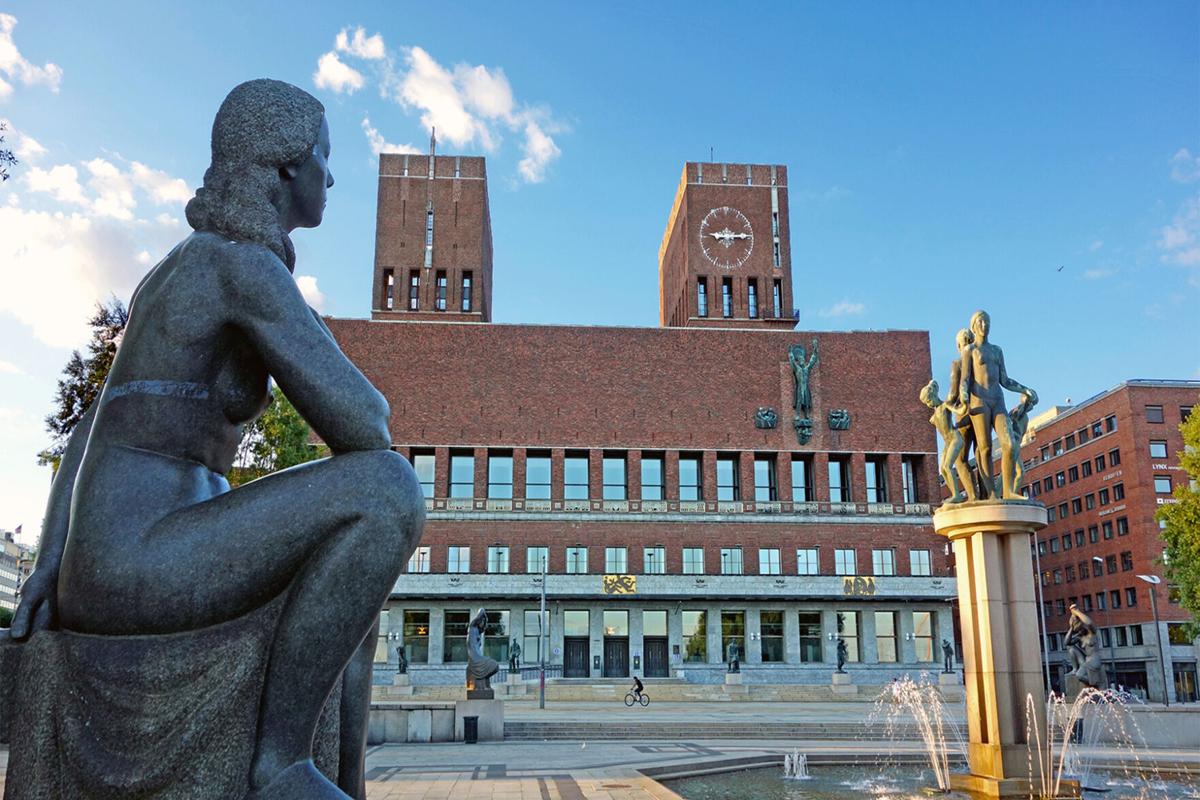 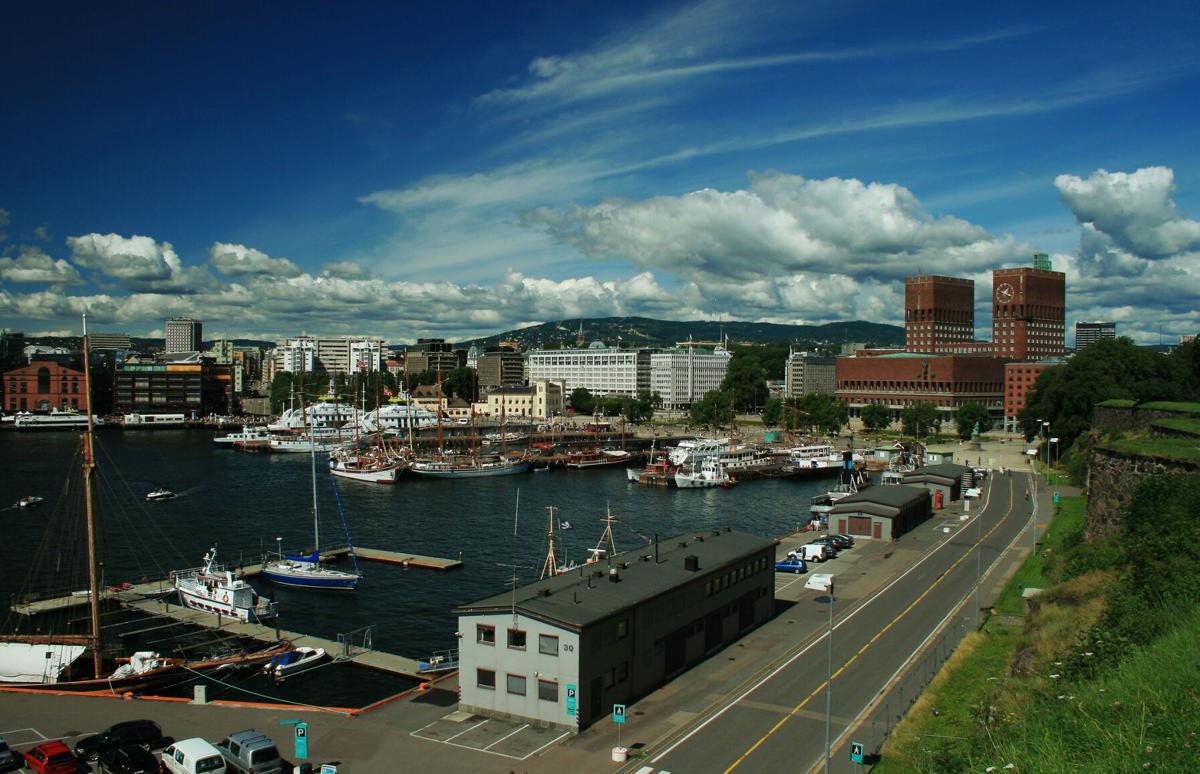 Oslo Harbour with City Hall in the background. 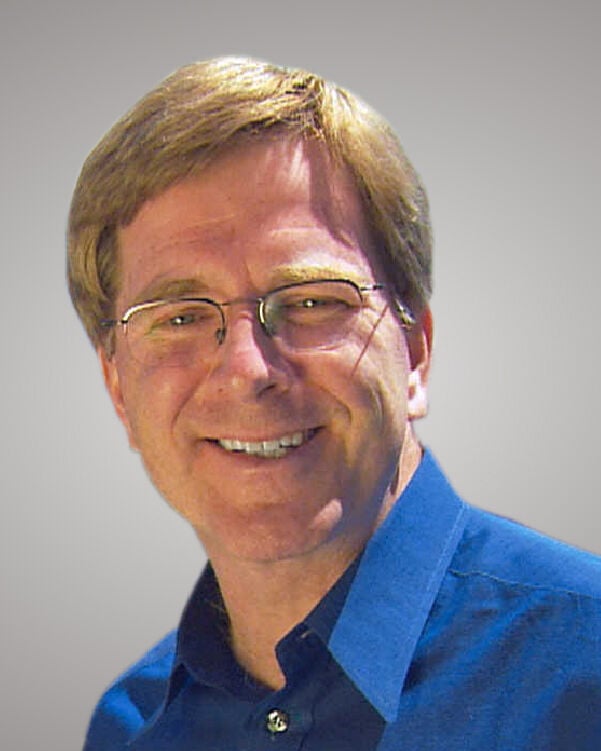 As we've had to postpone our travels because of the pandemic, I believe a weekly dose of travel dreaming can be good medicine. Here's one of my favorite European destinations, Oslo — and a reminder of the fun that awaits us at the other end of this crisis.

I’ve been visiting Oslo since I was a kid, thinking about it as both the home of my forefathers and as a model modern city that I wish could inspire my hometown.

I’m at the harborfront dock, where my old haunt, a Hurtigruten steamer, was once moored. In its prime, the romantic old postal boat linked Oslo with remote communities along the fjords and islands all the way north to the Arctic. Later it became a hotel. My favorite room was its “writer’s cabin,” the only room on that old ship that lacked plumbing and was, therefore, affordable to me. This same dock also marks the spot where my grandparents embarked for the US. They traded the old country for a new one, hoping to swap a dead-end economy for a land of promise.

Standing here today, I survey the modern, people-friendly promenade and think about how life has changed. I can now afford a room with a shower, but the ship is gone. And the relatives who stayed behind in Norway are now living better than many of the ones who left.

I’m surrounded by the white noise of pedestrian bliss. I can hear people talking and laughing, the birds, the breeze — but no cars. A popular “congestion fee” keeps most cars from the center of town. An efficient tunnel diverts nearly all the traffic under the city. The old train station facing the fjord boat dock has become the Nobel Peace Prize Center, thanks to a visionary man who dedicated the wealth he earned inventing dynamite to celebrate peacemakers. And towering high above the harbor action is Oslo’s stately brick City Hall — where Nobel prizes are awarded. It stands like a cathedral to good civic values, decorated inside and out with statues and murals featuring stoic Norwegians who seem more than willing to pay their steep taxes.

Norway is expensive for tourists — and also for Norwegians. The society is designed in a way that encourages people to consume less, to chew more slowly, and to sip rather than gulp. A glass of beer costs $12. A cup of coffee can cost $8 — and free refills are unheard of. I think Norwegians know they could make more money if they embraced the “big gulp” and started supersizing. But the collective decision is not based purely on what would be good for the economy. A big-box economy would just not be Norwegian.

In Scandinavia, tourists are sometimes put off by the many young beer-drinking revelers they see out on the streets, canalside, and littering the parks. But alcohol consumption is no greater here than it is farther south. It’s just that while pubs in Britain and beer halls in Germany are affordable, Scandinavia’s bars come with extremely high alcohol taxes. So people start their evening with a drink at home or a friend’s house before hitting a bar. Or they just B.Y.O.B. — buying cheap beers at a convenience store, then finding a pleasant perch outside for an impromptu gathering. For young Norwegians, “going out” means literally “going outside.”

Walking through a light mist along the new harborfront development, I stop by a shrimp boat to buy a small bag of shrimp, pulled out of the fjord by a weather-beaten fisherman just hours ago. It’s been my happy ritual at this very spot since my mom first brought me to this little boat when I was a kid.

The commotion of a festive celebration draws me farther along the harborfront. A hundred Norwegians are swing-dancing on the sturdy boardwalk, which glistens as if pleased to be the city’s dance floor. Sometimes, good-looking, self-assured Norwegians annoy me with their perfection. But these strike me as extremely normal people — a little overweight, a little wrinkled, dancing in content twosomes in front of yacht club bars and restaurants most of them likely can’t afford. It’s mostly American-style two-step to recorded oldies — familiar tunes with unfamiliar Norwegian lyrics — like a line dance without cowboy hats or much of a line. Girls look up at their tall guys with big smiles.

Walking back to where my “writer’s cabin” used to be, I get nostalgic for the long-ago joy of settling into my humble stateroom, gathering the experiences of the day, and weaving them into an article — hoping to share new insights into this capital city, a city that still charms and challenges me all at once.

(Rick Steves (www.ricksteves.com) writes European guidebooks, hosts travel shows on public TV and radio, and organizes European tours. This article was adapted from his new book, For the Love of Europe. You can email Rick at rick@ricksteves.com and follow his blog on Facebook..)

Need to get away?

To Mike Anger in Midland, Michigan, a $100 round-trip airline flight and $260 for five nights at a Las Vegas hotel made it too easy to say yes.

Business class was that silent and spacious sanctuary for the well-heeled, but as flights creep back, this once-exclusive haven is being invaded by the masses.

What COVID-Era Travel Changes Are Likely Here to Stay?

The COVID-19 pandemic changed the way the world works, eats, communicates and, yes, how it travels. Over the course of the last year, we’ve seen a myriad of changes in…

These 8 Hilton Hotels Offer Strong Value For Your Points

Hilton points are easy to earn, so there’s a chance you’ve already got a stash ready to spend. In fact, you might think that with more than 5,000 hotels across 17 brands that you’d be swimming in options. However, not all Hilton redemptions are created equal. Some offer stronger value than others so travelers looking […]

Go away with ... Jasika Nicole

The last Hollywood event that “Punky Brewster” actress Jasika Nicole attended was the 2020 Golden Globes. But Nicole said she doesn’t feel secluded at home. “I feel very fortunate that (my spouse and I) have made such a lovely, comfortable home for ourselves,” said the Los Angeles-based actress, whose work includes “The Good Doctor,” “Scandal” and “Law & Order: Criminal Intent.” “It has been a particularly big blessing during this pandemic, because my partner and I have our own spaces to work in, so we don’t feel like we are always underfoot and in the way of each other. Plus, we have outdoor spaces, so we don’t always feel so cooped up. Unexpectedly, the pandemic made us re-discover our home and appreciate it for new reasons.” Nicole stays in touch with her fans on Instagram (@jasikaistrycurious).

"How should I go about renting a villa in Positano," a recent reader's question, is easy to pose and complicated to answer. And as you're itching to break out of the COVID prison, many of you are turning to vacation rentals. For good reason: Vacation rentals typically offer some combination of more space per dollar than you get in a conventional hotel room, attractive location, and kitchen facilities that let you cut the cost of some meals. They're also great for accommodating large families or groups that want to vacation together.

UK swimwear brand Pour Moi has created a new map revealing the 39 countries that permit topless and nude sunbathing and the 38 countries where it's too risky.

How to Travel Safely and Cheaply This Summer

As vaccination rates inch upward, Americans are beginning to travel again. More than 10 times as many passengers passed through Transportation Security Administration screenings in the first week of April…

Taking the kids: Let's hear it for Moms

Let’s hear it for moms!

Traveling to Daytona Beach in search of history and architecture

Many tourist destinations get pigeon-holed into a reputation and never seem to dig their way out. The first thing one might think when the Florida town of Daytona Beach is mentioned might be auto racing and raucous spring breaks. However, the city has much more to offer, including its rich history and hidden architectural gems. Daytona’s oldest continuously operating hotel, The Clarendon Hotel ...

Oslo Harbour with City Hall in the background.