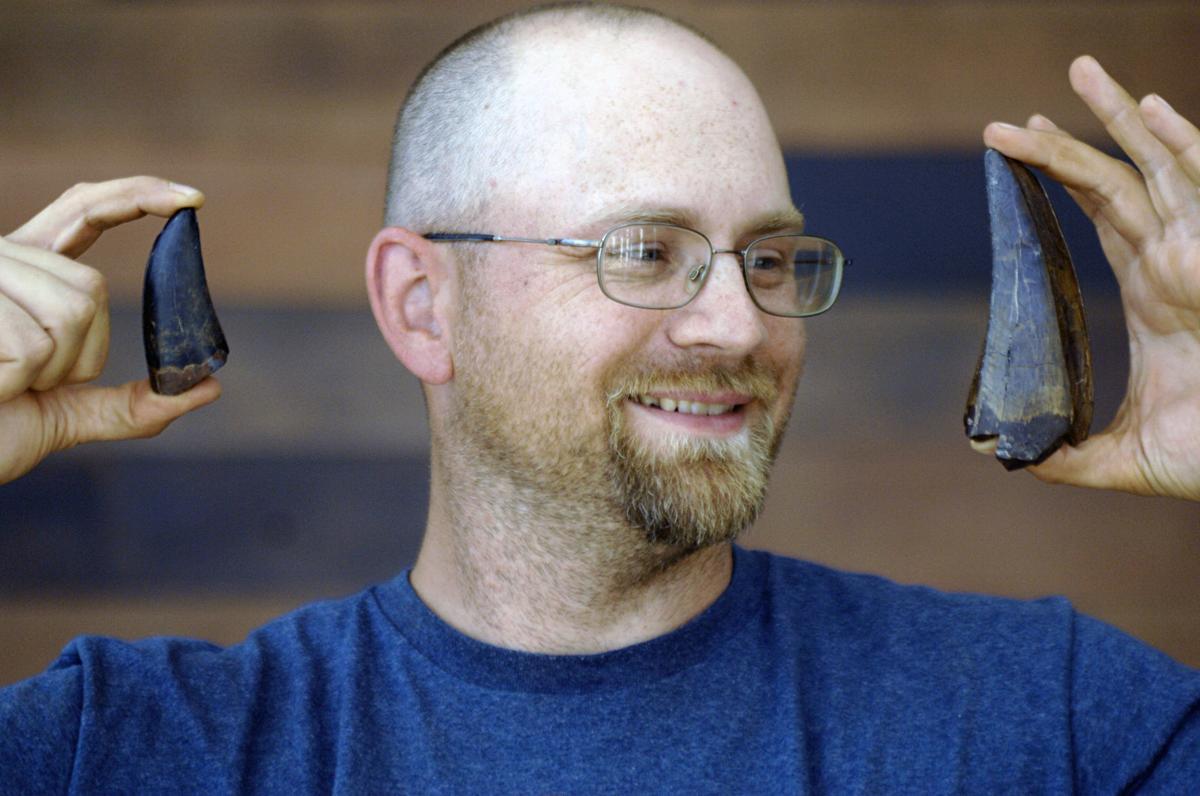 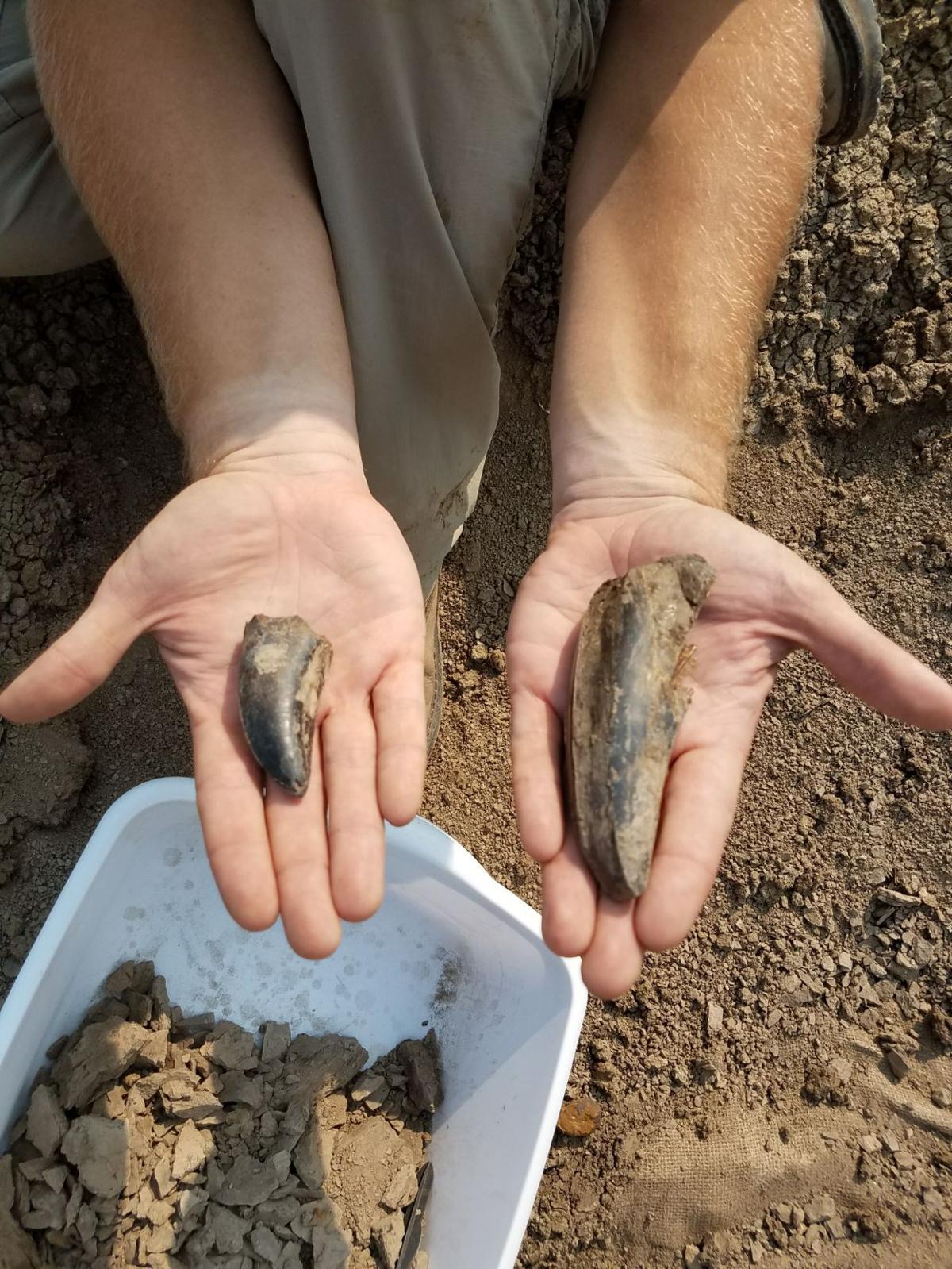 The fossils — teeth that measure 2½ inches and 4½ inches long — give North Dakota paleontologists hope that they may be getting closer to their goal of uncovering a partial T. rex skeleton.

Previous finds, however, were fragments of teeth that had to be reconstructed in the lab by paleontologist Becky Barnes at the North Dakota Heritage Center.

The fossils discovered last week were fully intact teeth, with the largest one from a full adult T. rex.

“We couldn’t believe what we were seeing,” Barnes said. “I couldn’t wait to get this tooth out of the ground to see the full extent of what we were dealing with. It was quite remarkable.”

The T. rex teeth fossils are not attached to the roots, meaning the teeth likely broke off when the dinosaur was feeding on other animals at the site, Boyd said. T. rex shed teeth frequently and grew replacement teeth.

Paleontologists hope to find teeth with the roots still attached, which would indicate that the dinosaur died there and its skeleton may be nearby, Boyd said.

There’s only been one partial skeleton of a T. rex discovered in North Dakota, and the paleontologists’ goal is to find another, Boyd said.

Casts of the newly discovered T. rex teeth are expected to be on display in the Geologic Time Gallery at the Heritage Center in the coming weeks.

It’s unclear if the fossils will become part of the state’s collection. The site is on private property, but the landowners have an agreement with the North Dakota Geological Survey to host the public fossil digs. The landowners have donated many past fossil finds to the state, Boyd said.

“This is only made possible because of the partnership we have with the private landowners,” he said.

Last week’s discoveries were made while a crew from “The Today Show” was filming at the fossil dig site. The segment is scheduled to air on Saturday.