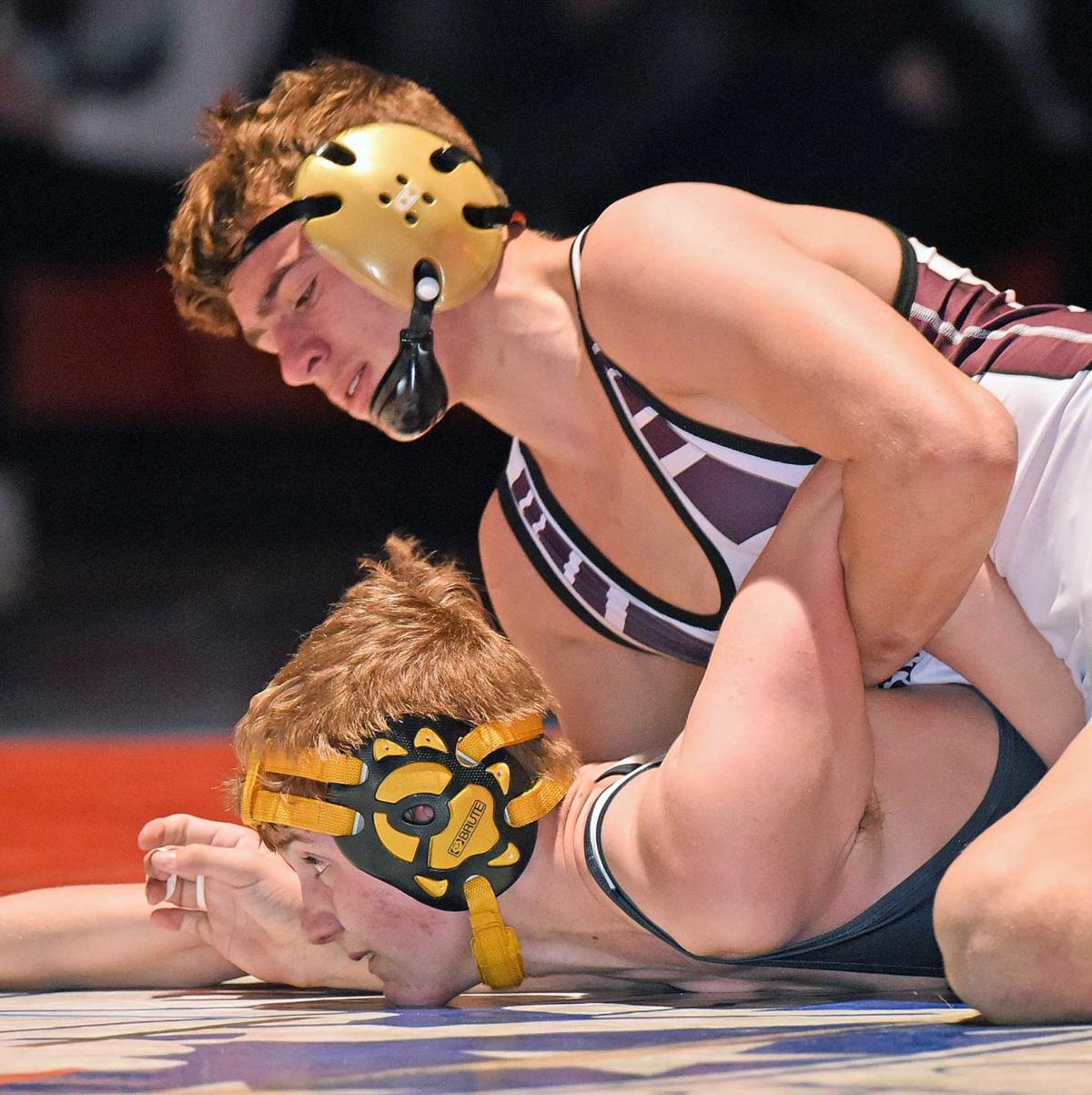 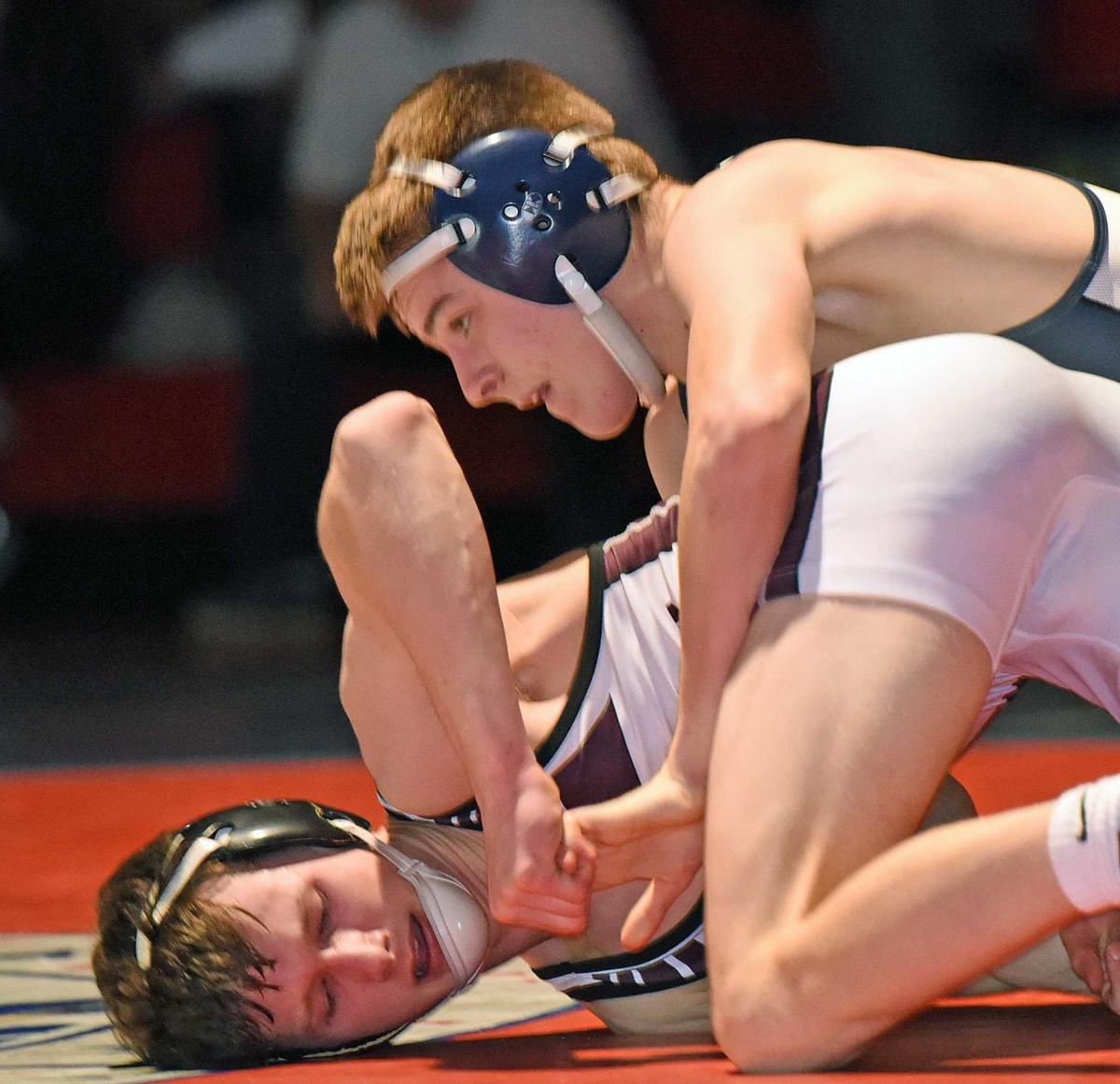 It's one of North Dakota's sports spectacles.

Thursday night, adrenaline flowed on the mat, a CHS gym full of fans cheered and screamed -- and the Bismarck Demons won again.

BHS wrestlers won 10 of 14 bouts to defeat Century 45-15. Bismarck remained unbeaten at 14-0 and defeated the Patriots for the fifth straight time.

Although his Patriots ended up on the short end of the score, Century co-coach Jerald Lemar said there's nothing quite line a dual with the Demons.

"This dual is always packed because the fans know what they're going to get," he noted.

What the spectators got was plenty of intensity.

"It's the best, because it's just you and the other guy on the mat, your whole team is cheering you on and the fans are really into it and the gym is packed. It's just the best atmosphere," Roaldson said.

Roaldson aided the BHS cause by pinning Jacob Boehm in 2:40. His pin was the second of four falls credited to Bismarck. Brock Fettig got the first at 152 pounds to give the Demons a 9-6 lead. Cullen Glatt won by fall at 195 and Christian Tanefeu added another six-pointer at 113.

Century started well and finished with a win, but the points were hard to come by the rest of the night.

Bismarck's Kaden Renner opened the dual by winning a wild 14-10 match over Devin Schulz at 132.

Century responded with decisions by Clay Radenz and Ben Weigum to take a 6-3 lead, an advantage that proved momentary.

Fettig followed with his pin, and the Demons were on their way, running off six straight wins to forge a 31-6 lead.

BHS scored bonus points in seven of its 10 wins. Along with the four pins, the Demons picked up major decisions from Isaiah Huus at 182, L.J. Araujo at 106 and Wilfried Tanefeu at 120.

Century's only extra-value win was by Konnor Stordalen, who pinned Brayden Moran in 35 seconds at heavyweight.

Roaldson said Thursday's dual was his third against the Patriots. The Demons have won 30 of the last 31 times they've locked horns with Century and they own a 47-8 advantage in the all-time series.

Nonetheless, Roaldson said there's something special about facing the Patriots head-on in a dual.

"They're always our biggest rival. It's nice to come out with the gym packed and wrestle in that kind of atmosphere. It's just because we're cross-town rivals," he observed.

Roaldson, ranked No. 1 at 170 in the statewide Class A coaches' poll, improved his record to 40-4 with Thursday's pin.

The Roaldson-Boehm bout was one of six that pitted ranked wrestlers head-to-head. Bismarck won five of the confrontations.

Lemar said he thought the Patriots didn't garner all the points they could have, but had no complaints about Century's effort against the top-ranked Demons.

"I couldn't be more proud of my kids. ... Look at where we were at the beginning of the season and the way we battled tonight," he noted.

"We took a loss tonight, but I think this is one of the tougher duals Bismarck has wrestled," Lemar added.

Both teams conclude their dual seasons this week at Watford City. Bismarck visits Watford City for a dual tonight, and Century will compete in a triangular involving Williston and Watford City on Saturday.

Demons wrestlers sprint to lead at state meet at Fargodome

Back in late November, Minot State squeaked out a 19-16 NSIC dual victory over the University of Mary.

Roaldson making up for lost time

There's no guarantee the road to success will be smooth. It's safe to say it  may not even be paved.

Eleven times the Bismarck Demons have reigned as dual meet and individual tournament champions in the same wrestling season.