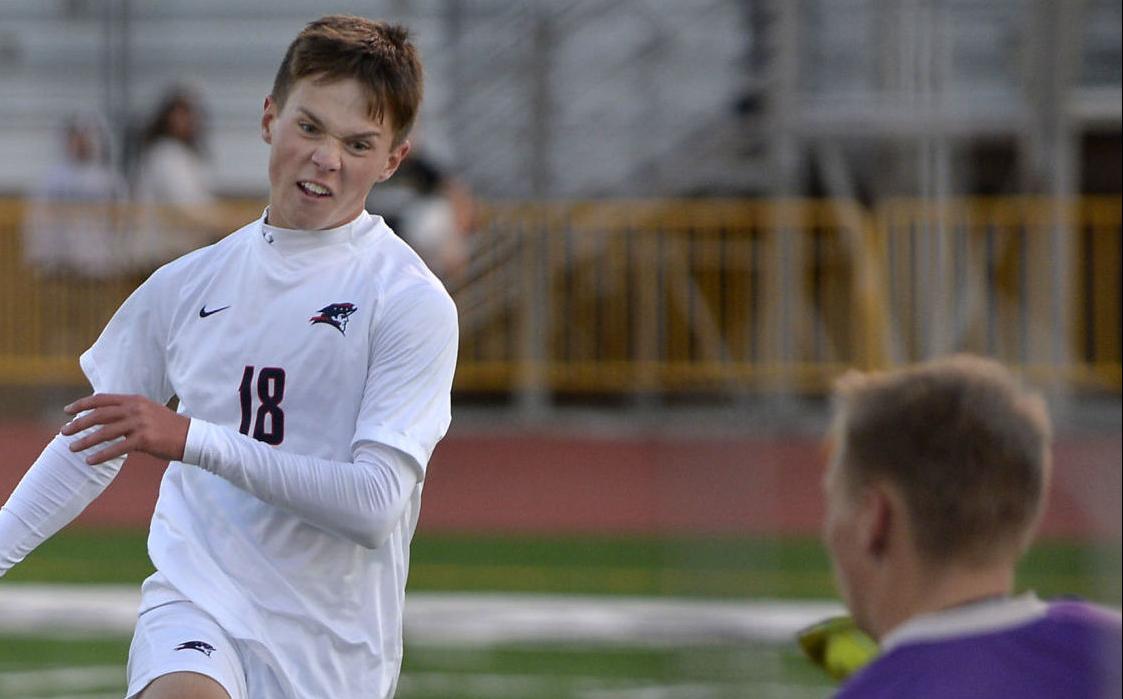 Century's Anthony Cleary kicks in a goal past Legacy goalkeeper Lucas Weigel in the first half of Thursday's game at the Bowl. 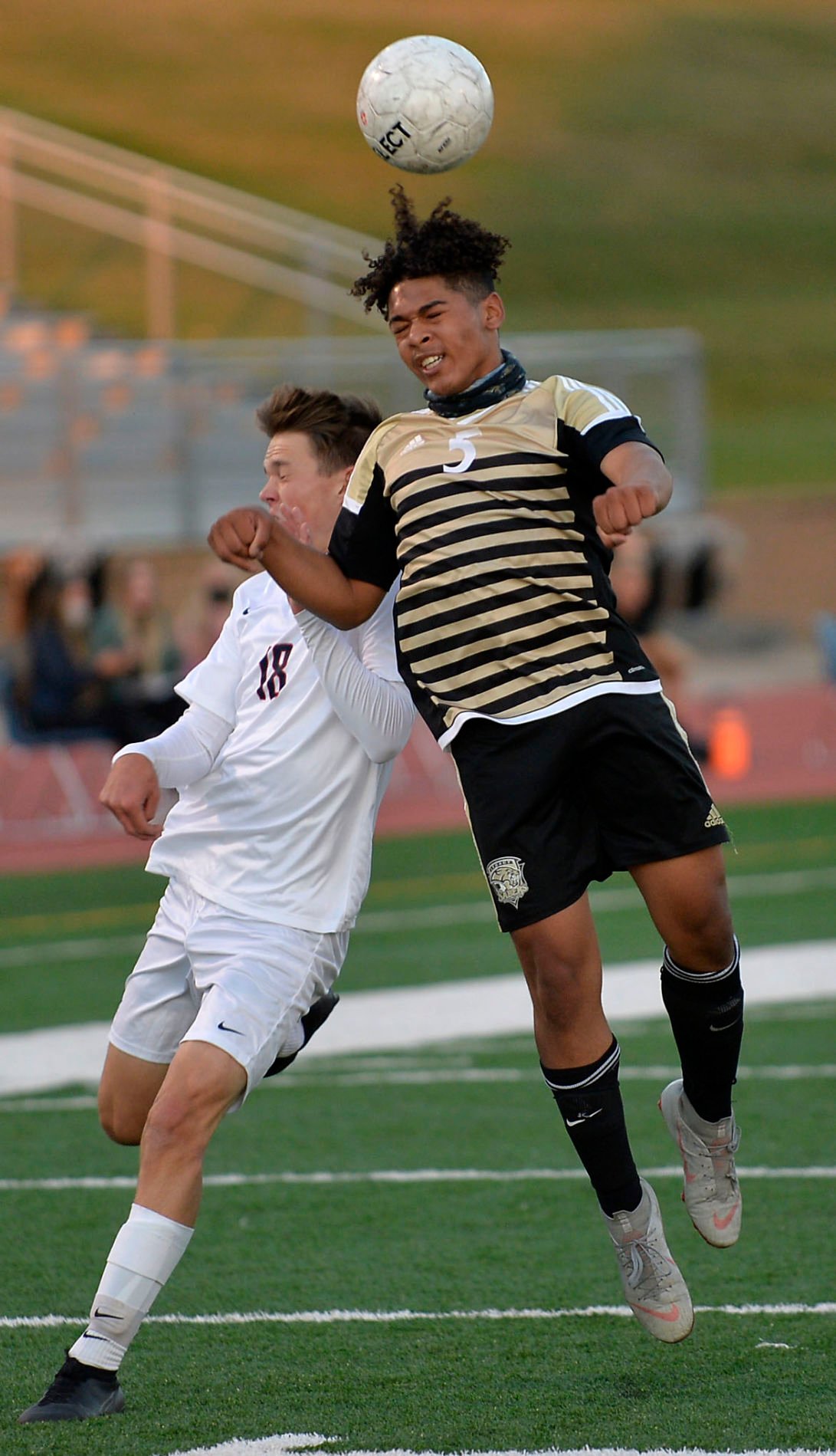 Legacy's Luis Rivera heads the ball while defending against Century's Anthony Cleary during Thursday's game at the Bowl.

The first time Century and Legacy met on the soccer pitch, Legacy scored late in the game to earn a 1-1 tie in the West Region matchup at MDU Resources Community Bowl.

On Thursday, Century scored early and often to put the Sabers in a hole they couldn’t claw out of en route to a dominating 6-1 win in a game between the last unbeaten teams in the West Region.

With the win, the Patriots are in sole possession of first place in the region.

Legacy, which played without senior midfielder Gabriel Saah, had surrendered just six goals all seasons coming into the game. But it was particularly vulnerable at midfield, where much of the Patriots’ attack originated.

“You could say it was a statement game,” Century coach Ryan Okerson said. “The first time we played them we were missing four starters. This time we followed up and got in position for the next play.”

Anthony Cleary and Nikko Helderop scored two goals apiece and the Patriot defense pinched off most attacks by the Sabers, who suffered their first loss of the season.

With the exception of a few counterattacks, the first half was played mostly in the Legacy zone.

Anthony Cleary scored twice in the first 15 minutes to help the Patriots to a 4-0 lead at the 15:11 mark. Minutes later, the Patriots had a fifth goal disallowed.

Anthony Cleary opened the scoring at 1:26 when he redirected a centering pass from Kenneth Brako past Legacy keeper Lucas Weigel from point blank. Connor Hyslop made it 2-0 at 4:57 by heading in a corner kick from Chance Bowlinger.

Nikko Helderop loaded up and scored from 27 yards out at 13:49, and Cleary followed at 15:11 with a walk through the Legacy center defense for his seventh goal of the season.

Weigel, who turned away 13 shots in the game, didn’t get a lot of help from his defense in the first half, so he helped himself with 10 stops. He is second in the region in saves with 58.

Legacy finally got on the board on a penalty kick by TJ Seidel at 29:45. It was Seidel’s region-leading 12th goal and 17th point.

But it was Century tacking on the next goal. Brako found Kaiden Campbell just as he split two Legacy defenders and Campbell had an unobstructed run at Weigel and an easy score.

Brako assisted on the Patriots’ next goal as well, that by Helderop on another long strike high into the corner of the net at 59:01.

Century’s defense was so tight that keeper Ben Cleary had to make just one save on the night and the Sabers attempted only one corner kick to Century’s six.

“The guys came in focused,” Okerson said. “We saw how this team can play.”

The best defense is a good offense, even if it does score just one goal.

Bismarck High School soccer coach Ricardo Pierre-Louis made it clear to his team Saturday night that defense was job one.

The best defense is a good offense, even if it does score just one goal.

Century's Anthony Cleary kicks in a goal past Legacy goalkeeper Lucas Weigel in the first half of Thursday's game at the Bowl.

Legacy's Luis Rivera heads the ball while defending against Century's Anthony Cleary during Thursday's game at the Bowl.