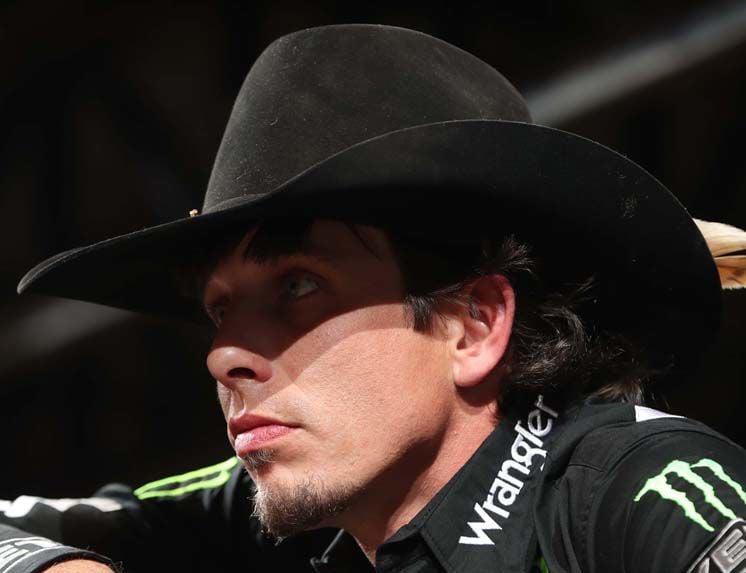 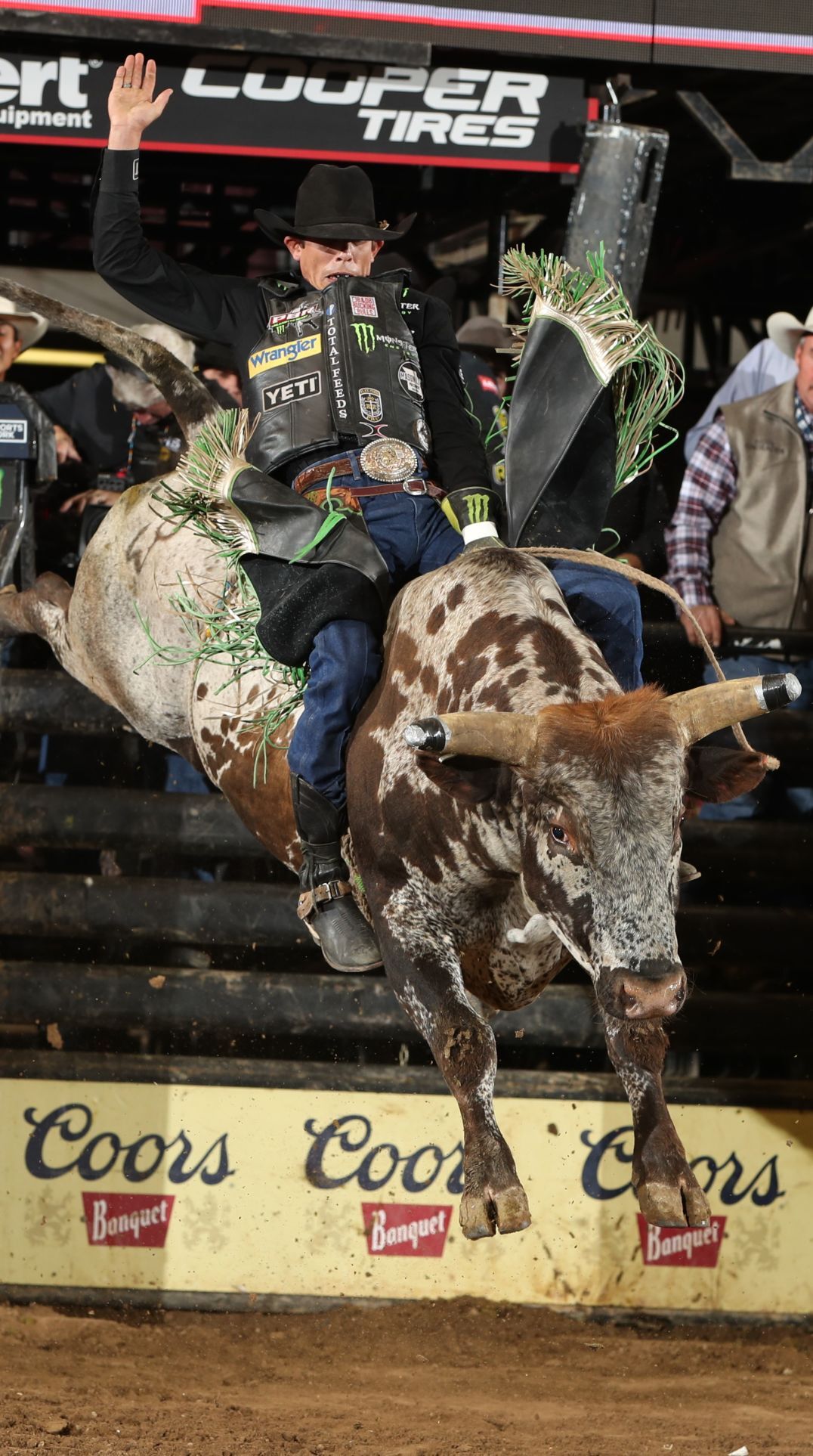 JB Mauney attempts to ride Wentz Bucking Bulls/New West Rodeos's Freckles Brown during the second round of the Nampa Unleash the Beast PBR.

This summer has already been one bull rider J.B. Mauney will never forget. Ironically, thanks to COVID-19, it also might be one he always remembers.

With much of the Professional Bull Riders Unleash the Beast tour sidelined for a time this summer, active riders were held in check giving the injured Mauney a chance to heal up from surgery and possibly reach his 15th straight PBR World Finals.

The two-time world champion begins his quest on Friday in Bismarck at the Dakota Community Bank and Trust Invitational. It’s the first PBR Unleash the Beast event of the second half of a season sidelined in May by the COVID-19 pandemic.

Mauney will get on a bull for the first time in nine months. He has three months to earn enough money to climb into the top 35 in the PBR standings to earn a place in the finals Nov. 4-8 in Las Vegas.

“If I can’t make the PBR World Finals in half a year, I’ll quit,” Mauney said.

Canadian Brock Radford is currently 35th in the standings with $28,774.

Mauney has been off since last November when he was injured on the first night of the World finals. In January, he underwent rotator cuff surgery on his free arm and figured he would be back in time for Cheyenne Frontier Days.

The last Unleash the Beast tour event was in May 15-16 in Guthrie, Okla. As pandemic delays began adding up, Mauney continued to rehab without falling off the pace.

“That’s what I told somebody, if there was any time to have to have a surgery and be out, this was a pretty good year to do it,” Mauney said. “You could say my body needed a nine-month break. Everything that was always sore or beat up on me feels pretty good right now, too.

“When you’re favoring something, you always get yourself in binds. I broke my leg and it kinda snowballed. I was trying to keep my shoulder where it needed to be and was putting the rest of my body in difficult positions. That’s the way bull riding goes some times.”

Mauney figures he came back from a serious 2017 rotator cuff surgery too soon (13 anchors where put in his shoulder), leading to the recent injury. The 2019 season was one of the most painful of Mauney’s career, as he rode through injuries to his groin, knees, ankles, wrist, forearm, ribs and more. He finished 30th in the PBR standings.

This lastest setback threatened to derail his chance to reach a milestone.

Mauney is closing in on the record for consecutive World Finals appearances. Mike Lee went to 16 straight World Finals and Guilherme Marchi went to 15 straight. The 33-year-old Mauney -- the first PBR rider to reach $7 million in career earnings -- could tie Marchi by qualifying this season.

Mauney’s training over the last nine months has been limited.

“A week before last I got on a practice bull and everything was good,” he said. “I don’t go to the gym, I don’t work out, but I work. I work every day and I’m always doing something.”

“This is the longest I’ve ever not been on a bull in my life. The last bull I was on was in Vegas in November so it’s about nine months,” Mauney said. “I met with (my surgeon) a couple weeks ago and he said it’s as good as it’s going to get and I can go back to riding whenever I want to.”

Mauney will be one of 35 riders to go each night at the Bismarck Event Center with the top 10 riders on two head advancing to the finals on Saturday.

Mauney isn’t riding for the bounty, but for what he hopes is a whole lot more in the long run. As for it being a special night on Friday, well, it will be in a sense.

“I don’t put a whole lot of thought into riding bulls,” Mauney said. “I have a job to do. When I show up, I mean to do it and I mean to win first every time I nod my head.

“There’s been plenty of (PBR riders) thought I wouldn’t come back, thought I needed to retire. To come back and get that first one under your belt takes the weight off your shoulders a little bit.”

JB Mauney attempts to ride Wentz Bucking Bulls/New West Rodeos's Freckles Brown during the second round of the Nampa Unleash the Beast PBR.