Lamoureux twins honored by NDAPSSA
Share this
{{featured_button_text}}
1 of 2 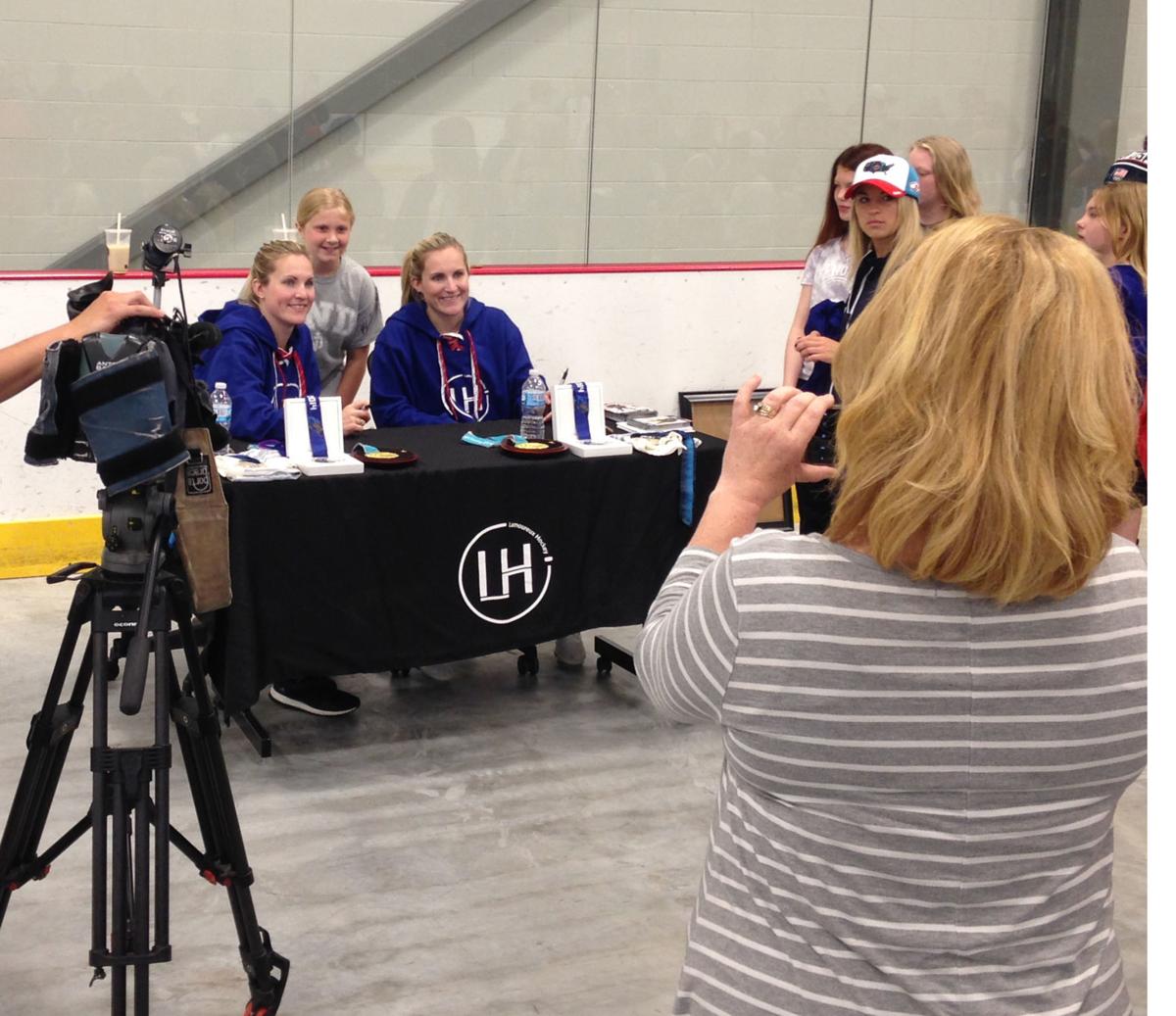 Jocelyne Lamoureux-Davidson, left, and Monique Lamoureux-Morando take a photo with a young fan on Sunday at Starion Sports Complex in Mandan. The Lamoureux Hockey Camp was held Friday-Sunday. 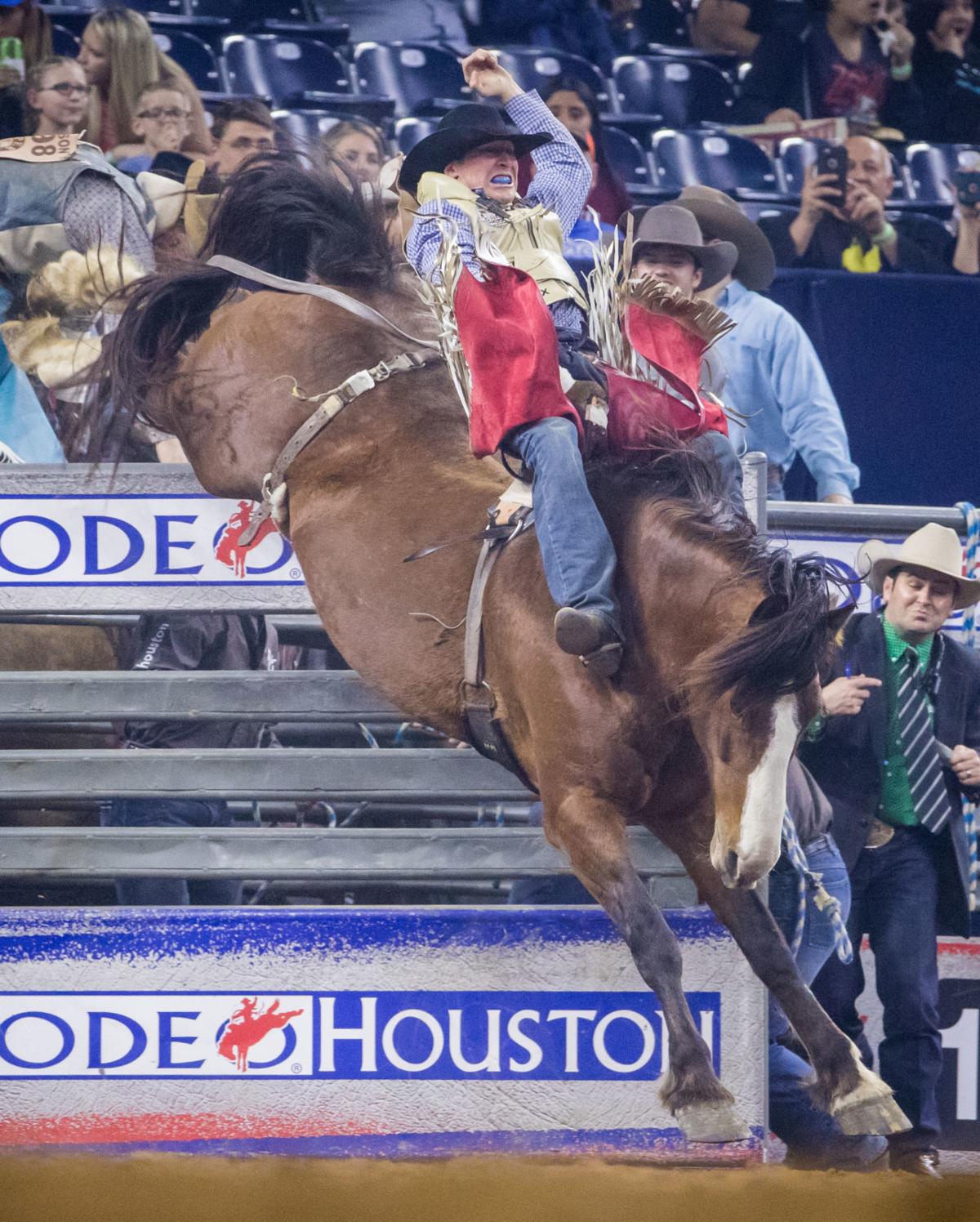 For their achievements, the sisters are winners of the Dakota Award, which is given out by the North Dakota Associated Press Sportscasters and Sportswriters Association. The Dakota Award is given to a North Dakota native who excels in sports outside of the state.

The Lamoureux twins were two of the top three scorers for the U.S. Olympic team and came through when it was needed the most.

With the U.S. trailing 2-1 in the third period of the gold-medal game against Canada, Lamoureux-Morando scored on a breakaway with just 6 minutes, 21 seconds remaining to tie it up.

Lamoureux-Davidson led the U.S. with four goals and five points. Lamoureux-Morando was third in goals (two) and points (three).

The Lamoureux twins previously won Olympic silver medals in 2010 and 2014. They are the first North Dakotans to win three Olympic medals.

Mandan professional rodeo rider Ty Breuer has been selected the non-school athlete of the year by the North Dakota Associated Press Sportscasters and Sportswriters Association.

The Fargo Force have been selected the non-school team of the year by the North Dakota Associated Press Sportscasters and Sportswriters Association.

The junior hockey team finished third in the United States Hockey League’s Western Conference during the 2017-18 regular season. The Force were unstoppable in the postseason, winning the league’s playoffs to capture the Clark Cup for the first time in the 10th season of the team’s existence.

Fargo beat the Youngstown Phantoms 3-1 in the championship series, claiming a 4-2 road win in the fourth and decisive game of the series.

Ty Farmer scored the game-winning goal with just less than than four minutes to play in the finale, while teammate Griffin Loughran was named Clark Cup playoffs MVP after recording seven goals and three assists in 13 postseason games.

Farmer and teammate Jacob Schmidt-Svejstrug were named to the all-USHL second team, while Force goalie Strauss Mann was a third-team pick.

Cary Eades of the Fargo Force has been selected the non-school coach of the year by the North Dakota Associated Press Sportscasters and Sportswriters Association.

Eades led the Force to their first United States Hockey League playoff championship, beating the Youngstown Phantoms 3-1 in the championship series to claim the Clark Cup for the first time in the Force’s 10-year history.

It was the first berth in the finals for the Force since 2013. Eades won the title with a roster of which several of the players had been traded or cut previously by other USHL teams.

It was the second USHL title for Eades, who led the Sioux Falls Stampede to a Clark Cup Final victory in 2015.

Jocelyne Lamoureux-Davidson, left, and Monique Lamoureux-Morando take a photo with a young fan on Sunday at Starion Sports Complex in Mandan. The Lamoureux Hockey Camp was held Friday-Sunday.