More than 1,500 killed in powerful earthquake that struck Turkey and Syria; death toll likely to rise 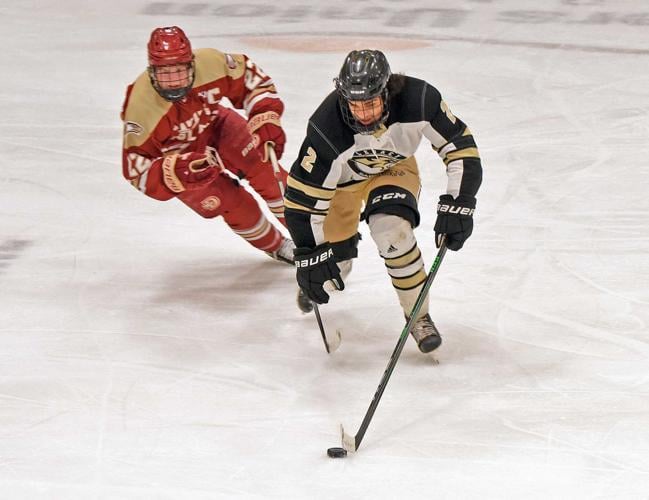 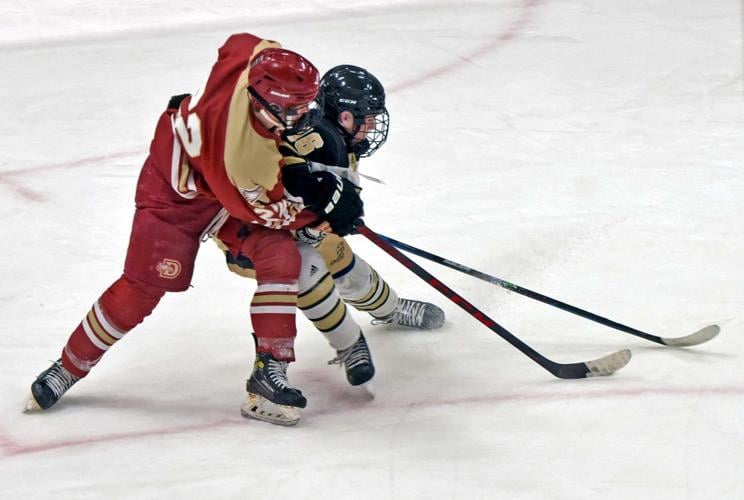 Legacy head coach Mario Lamoureux didn't shy away from making his team's schedule for its first year at the varsity level in boys hockey difficult.

After starting with four away games, Legacy's home opener came against Fargo Davies on Friday at the VFW Sports Center.

If the performance by the Eagles is anything to go by, Legacy might have opened their home schedule against a state title contender, as Davies skated to a 6-0 win.

"Davies is a very strong team, and we need to understand how to play against a team like that," Lamoureux said. "Part of that is going through growing pains. We have to find a way to play the game a certain way for us to have success, especially with the number of younger players we have in our lineup."

It was a rough night almost from the get-go. Not only did Fargo Davies score just over a minute into the first period, it also had assistant captain Cam Bullinger ejected halfway through the period after he committed a dangerous check into the boards on a Legacy player.

Neither team backed down from the physical play despite a size advantage in favor of the Eagles.

"Davies plays the game hard," Lamoureux said. "If anything, we were on the good end of that. We had a lot of power play time, but we didn't create much with our special teams, and that's an area we need to get better at. Teams are going to play physical, and you have to be ready to show up and battle."

Fargo Davies showed throughout that they are going to be a tough customer for any team to handle skill-wise. Just two of Davies' goals on the evening came at even strength, as the Eagles scored twice shorthanded and twice on the power play.

Davies' first shorthanded goal came on a five-minute major penalty by Bullinger, which gave the Eagles a 2-0 lead with 6:35. To make matters worse, it happened directly after a face-off in Legacy's defensive zone after Legacy goalie Tyler Miller was crashed into by one of his teammates.

Miller stayed in the game, showing no adverse effects from the collision, but senior forward Christian Kankelfritz beat him right off the draw and the Eagles were off and running from there.

"Tyler's been real solid for us," Lamoureux said. "First year as a high school goalie, but he doesn't look like it. He's given us a chance to stay in games. Hopefully we continue to see that out of him, and hopefully he can grow into a great goalie in the state."

Bounces favored Legacy early in the second period, as Fargo Davies was pressing the attack early and often, but couldn't get the puck to settle down on their sticks or find the right angle through a Legacy defense that was in the right spots to clear the puck out of danger when asked.

While extended zone time didn't lead to a Davies goal, a shot off the rush did, as Hunter Demers solved Miller with a tricky backhand shot with 8:13 left in the second.

Another shorthanded goal by the Eagles followed, as Jobe Freier outraced the Legacy back pressure and beat Miller high.

"We got to make sure we have good back pressure coming back," Lamoureux said. "You play a team like Davies, they counter very fast, and you have to be in good position so you're not giving a team like that offense. Good hockey players will make you pay, and they did tonight."

Miller was under siege all night. He faced 51 shots and saved 45 of them. Easily his best moment of the night came late in the second on a 2-on-0 rush by Davies, and a tic-tac-toe passing play between the two players was somehow stopped by the outstretched goalie paddle of Miller.

Legacy's penalty kill was effective the first two times they were on the ice, but were unable to slow the Eagles' attack forever. Both of Davies' goals in the third period came on the power play.

Easton Rerick put a shot on Miller from the blue line that snuck through traffic and found twine early in the period, and Barron Stibbe put the finishing touches on with three minutes left on a play in tight.

"We gave them too many opportunities for a team that's going to bury them," Lamoureux said. "We have to play smarter with our puck decisions to stay in the game against a team as good as Davies."

Davies goalie Trent Wiemken was busiest in the first period, as the Sabers put seven shots on net. Wiemken had a 14-save shutout when the final horn sounded.

Legacy's best chance of the night came on their five-minute power play in the first period, when they rang a shot off the crossbar over Wiemken's shoulder, but didn't come much closer than that to scoring the rest of the night.

"They're a good hockey team and we couldn't find a way to create offense," Lamoureux said. "They were a stronger, more mature team than we were tonight. Our plan is to win every single night, and that's the message we're driving home.

"We got to get the players to believe what we're trying to accomplish. I like where our team is going. We played the game hard, but they just outmatched us. We have to understand when we need to work smarter instead of harder."

Legacy will hope to rebound on Tuesday with a road game against Dickinson. Davies will stick around and attempt a sweep of its two-day, two-game trip to the capitol this afternoon against Century.

"It's your hopes and dreams coming true, but it's your worst fears," Donna said. "Somebody is going to go home a loser, and neither one of the…

Top-ranked Century holds off No. 3 Mandan in marquee matchup

Monday night basketball at Century produced a marquee game on a frigid night in Bismarck.

The Kidder County Wolves are approaching the postseason on a roll.

It's rare to find two teams hotter than Century and Legacy were entering play Tuesday night at the VFW Sports Center.