It's been a long time since Bismarck hosted a state volleyball tournament.

That changes tomorrow, and after that, the 16-team tournament will make the Capital City its quasi-home, at least for a while.

It's been 33 years since the state volleyball tournament was played in Bismarck when Century hosted in 1987 and 1988.

It's a new assignment for Bismarck Pubic Schools Activities Director Dave Zittleman, but not an entirely unfamiliar one. In the last couple weeks alone, Bismarck hosted high school playoff football games, the West Region swimming meet, the state swimming meet and is one of the traditional homes of marquee events like the state track meet and the State Class A and B basketball tournaments.

Asked the differences between volleyball and any of the many other state tournaments he has run, Zittleman said: "The size of the ball," he joked.

Otherwise, it's business as usual.

"Whether it's golf, basketball, track, soccer, you want to give kids the best experience you possibly can," Zittleman said. "Getting to a state tournament is a big deal, and for a lot of kids, this is the end of their careers. You want them to be able to remember this weekend for the rest of their lives. It's important."

The state volleyball tournament has been played in Fargo or Minot every year since 2008. Between the main floor (Class B) and the Exhibit Hall (Class A), Thursday's quarterfinal matches will each be played in its own venue, so to speak. All four semifinals will be played on the main floor Friday, same with both championship games on Saturday.

"I reached out to Mitch Lunde in Minot and Todd Olson in Fargo to kind of pick their brains, and their biggest thing was, once you get it started, it runs itself," Zittleman said. "For us, it's different because it's volleyball. We just don't want to forget anything."

It's been a team effort from the opening tip.

"I'd be lying to you if I said we've been working on this for just the last week. It's been a couple months in the making," Zittleman said. "I can't say enough about the help I've gotten from people in my office, from the building ADs (BHS, Century, Legacy) and the volunteers in town.

"We have a group of people in this city that are very committed to helping make these tournaments successful. Going back years Dick Karlgaard and Jim Haussler have hosted everything under the sun, and a lot of people have played key roles in making that happen."

Bringing in athletes, parents and fans from 12 different cities and towns will pump plenty of cash into local coffers.

Play begins Thursday at 1 p.m. The championship matches are scheduled for 5 and 7 p.m. on Saturday.

"Our community is very passionate about volleyball and we have a great venue in the Event Center that I think is going to be an outstanding place to hold these tournaments," Zittleman said. "We've been going a million miles an hour to get ready. We're excited and looking forward to getting it started." 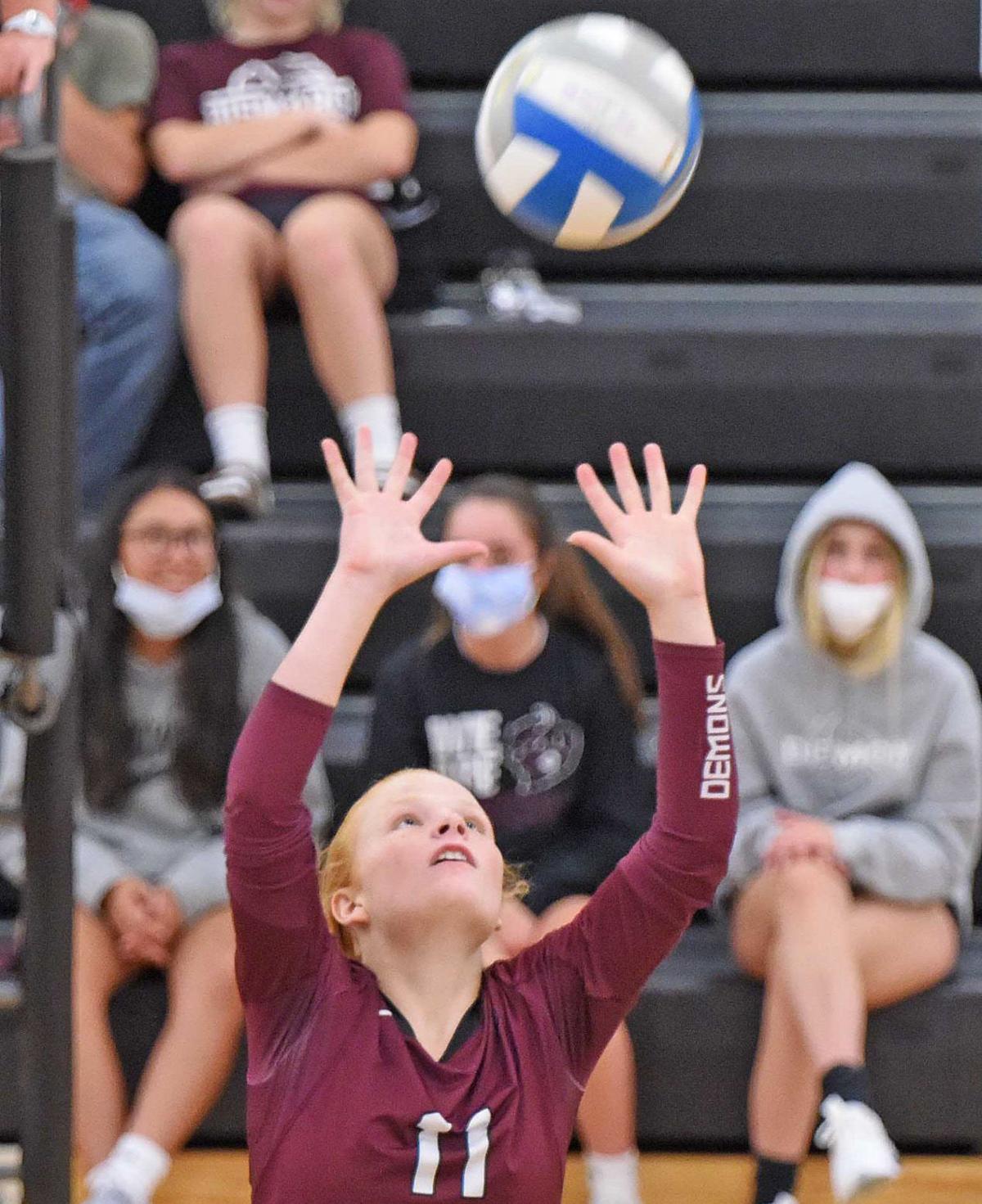 West Region Senior Athlete of the Year Mia Hinsz of Bismarck High plays the ball during Class A volleyball action. Bismarck will host the state volleyball tournament for the first time since 1988, beginning on Thursday. 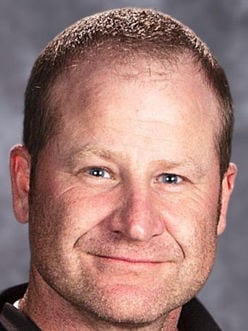