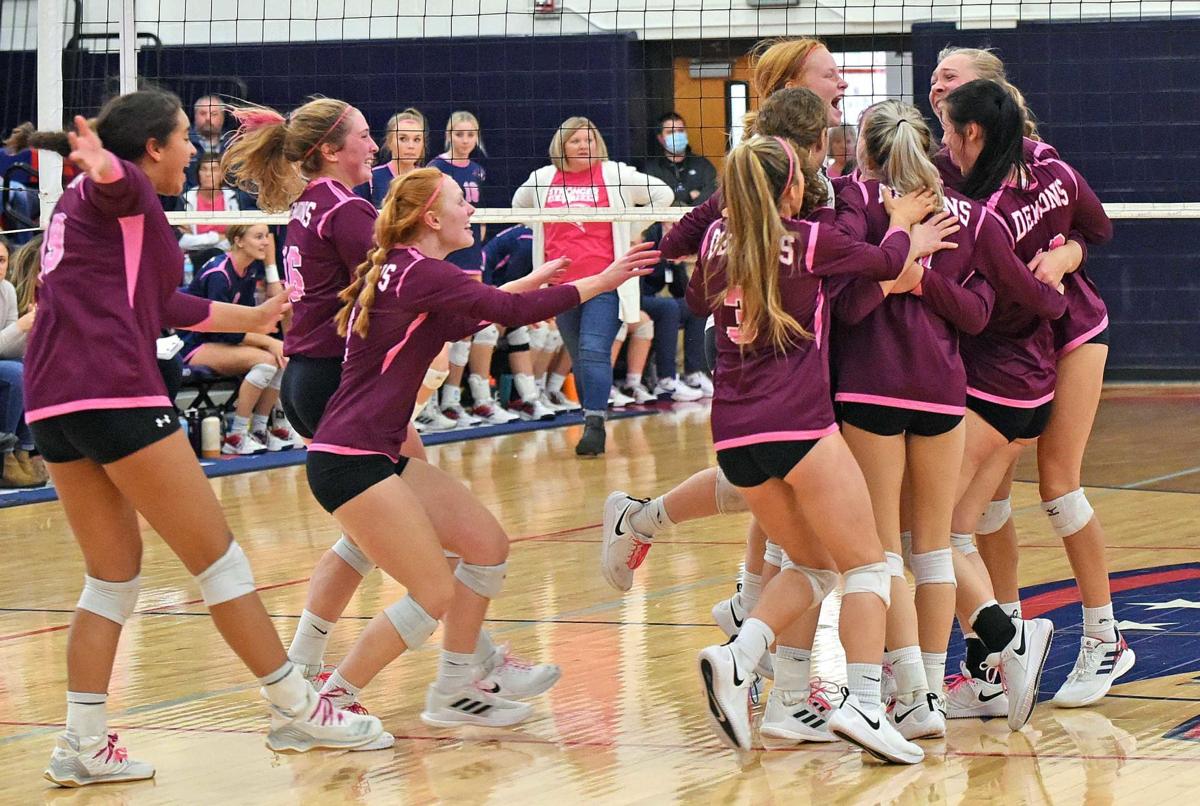 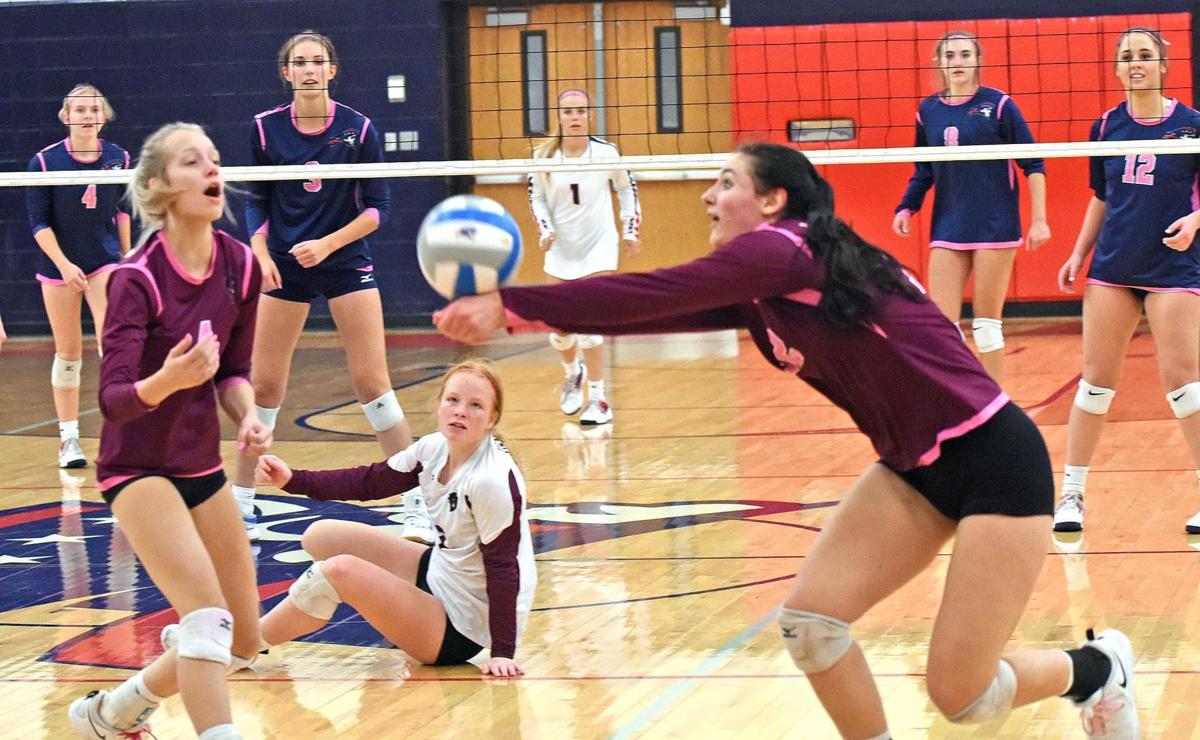 West Region volleyball teams haven’t had a lot of success in knocking off the perennial power Century Patriots in recent years.

A trip to Fargo helped the Bismarck Demons change that.

Bismarck High used a fast start on Tuesday night to hand Century a rare West Region home loss at the Linette Olson gym. The Demons took the opening two sets and were in position to sweep the match before a strong finish in the third by the Patriots. It ended up a 25-18, 25-22, 22-25, 25-21 victory for the Demons.

The strong start, combined with some confidence from a victory over their cross-town rivals in the Fargo Scheels tournament, helped Bismarck hand Century its first West Region regular-season loss since 2019. Since the start of the 2020 season, Century had won 35 consecutive West Region matches. Since the start of the 2015 season, the Patriots have lost only four regional regular-season contests.

“I think that game gave our girls a lot of confidence to know that they can do it and they are good enough,” Demons coach Brianna Kline said. “Now they know that and they know how to play together.”

The No. 2-ranked Demons (27-4, 16-1 West Region) opened up a 6-3 lead early in the opening set and used a 6-0 run sparked by two Brooke Curtis kills, a Payton Foster ace, a kill by Kenadi Renner and a block by Emily Stonecipher and Curtis to take a 14-7 lead.

They built a 10-point lead at 19-9 and pushed the lead to 23-15 on a Renner kill en route to a 25-18 win over the top-ranked Patriots in the opener, with Renner putting down a kill for set point.

“The fast start helped us not get in such a big rut at the beginning, which we suffered from the first time we played them in the WDA,” said Kline.

“Just keeping our momentum and not getting down on ourselves when they got a point or we got blocked, just keep fighting and playing our game,” Kline said.

The Patriots simply made too many mistakes, said coach Jamie Zastoupil.

“They’re a really good team. And we have a lot of things that we need to improve on,” Zastoupil said. “We can’t go into a game with 16 errors and expect to win against a team like that. There are a lot of things we can do and a lot of growth you can get from a loss. We’ll just go back to the gym and go from there.”

“We just kept playing our game and when we got blocked or they got on a run we kept fighting for it and as a team they kept picking each other up,” Kline said.

The fourth set saw 11 ties, with Bismarck using a 5-1 run to take a 20-16 lead. Gyeneveve Burchinal and Tala Andersen had big kills in the burst, with a block from Foster and a Renner ace. Century pulled back within 20-19 but Renner had four kills in a closing 5-2 burst for the Demons.

“Our execution wasn’t there,” Zastoupil said. “They’re a great team. They have a lot of different hitters. Their serve receive was really good, which gave them the opportunity to use a lot of hitters but I think we just had a lot of errors, a lot of things we needed to clean up. And we can do that.”

Fridgen led Century with 13 kills, Logan Nissley had 11 and Camryn Harter six. Claire Bauman had 3.5 blocks, Delani Clarke 22 assists, Nissley 19 digs and Jaycie Clarke and Nissley each had one ace.

Zastoupil said the Patriots have to learn from the setback.

Chiefs end up on top in potential game of the year

Chiefs end up on top in potential game of the year