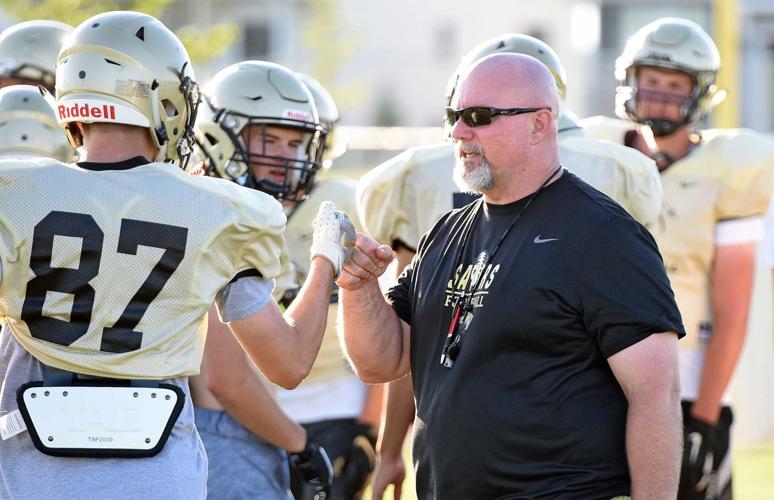 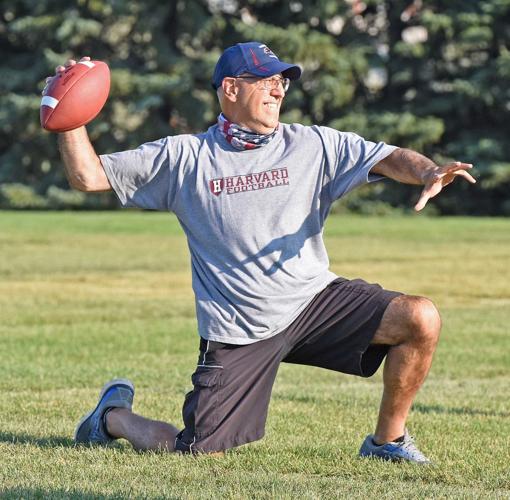 The first high school football game of the season featuring two Bismarck teams will be beamed all across the country.

Forum Communications was the first to report on Wednesday that the Century vs. Legacy game likely will be broadcast by ESPNU. Kickoff is set for 8 p.m. on Saturday, Aug. 29 from the MDU Resources Community Bowl.

A couple significant factors played into ESPN choosing to broadcast the game. North Dakota is one of only a handful of states playing games in August. Several states have pushed back their seasons, while others have either postponed to spring (Minnesota) or canceled.

Additionally, ESPN often chooses to feature teams with high-profile recruits on the roster. Century has that in offensive lineman Andrew Leingang, who has received scholarship offers from Minnesota, Stanford, Kansas State, Arizona, Arizona State among many others.

"The fact that southern states are pretty limited in what they're able to do plays a part in it but it's very exciting any time you can get a game within the state of North Dakota to broadcast across the country," Wingenbach said. "It's something that of course is very unique and I'm sure it will draw lots of interest in the community."

In his trademark straight-to-the-point style, Legacy coach Chris Clements said the Sabers are just happy to be playing.

"If it's on TV, it is. If it's not, it's not. We're still going to play the game regardless," Clements said. "We're fortunate to be playing right now. Our focus is on doing the things that are important day to day so that we hopefully get to have a season and not just a couple games."

Checking all the COVID-19 guideline boxes also is a point of emphasis for the Patriots.

"Our ultimate goal is to be able to practice the next day and to do that we need to make sure we're handling all those small details so problems don't pop up," Wingenbach said. "We all need to do our part, coaches, players, everybody. That stuff we've been harping on since the summer, it's for a reason -- we want to be back on the field tomorrow."

On top of the virus-related protocols, coaches also have had to deal with the scorching summer temperatures. Century has been practicing earlier in the day, while Clements and the Sabers have been going later in the evening. There's little escaping regardless with temperatures consistently flirting with 100 degrees all week.

With all nonconference games canceled this season due to the pandemic, the prime time TV opener will be the first time either team lines up against somebody else. The slightly later start (8 p.m.) also could help with taking some of the edge of heat-wise.

"I think if the heat maintains that later start could be beneficial for both teams," Wingenbach said. "I think with it being the first game for both teams, and I'm sure coach Clements feels the same way, you hope it doesn't get ragged. But we'll prepare the best way we can just like Legacy will."

Century is coming off its first 12-0 season, which ended in its third state title. Legacy was 5-4. Both teams will have new quarterbacks. Senior Noah Schaffner will get his shot for the Patriots, while Legacy is still figuring out who will be under center. Keagen Woodbury, a top wide receiver and defensive back for the Sabers last season, is competing with fellow senior Clay Feland for the QB spot.

"We'll find out pretty quickly where we're at," Clements said on facing Century in the opener. "Our kids are working hard. I think we're getting better and we need to continue making progress here over the next week."

Weather wiping out a good portion of your spring schedule can bring the end of a high school regular season faster than expected.

Wind made the proceedings at the Hawktree Invitational on Friday too difficult to play golf in.

Last Thursday, it was the West Region boys track and field teams that found themselves in and around the Bismarck Community Bowl for a meet.

When Tori Olson stepped to the plate in the top of the seventh of Game 2 of Friday's doubleheader against Century, she had already had an exce…

The track and field season has taken place in stops and starts, with the most recent start being the resuming of the competition season after …

Mandan's softball team had about as tough a start as a team can have, going 0-6 against three of the top teams in the West Region.

Andy Murray withdraws from French Open to focus on Wimbledon

Andy Murray withdraws from French Open to focus on Wimbledon