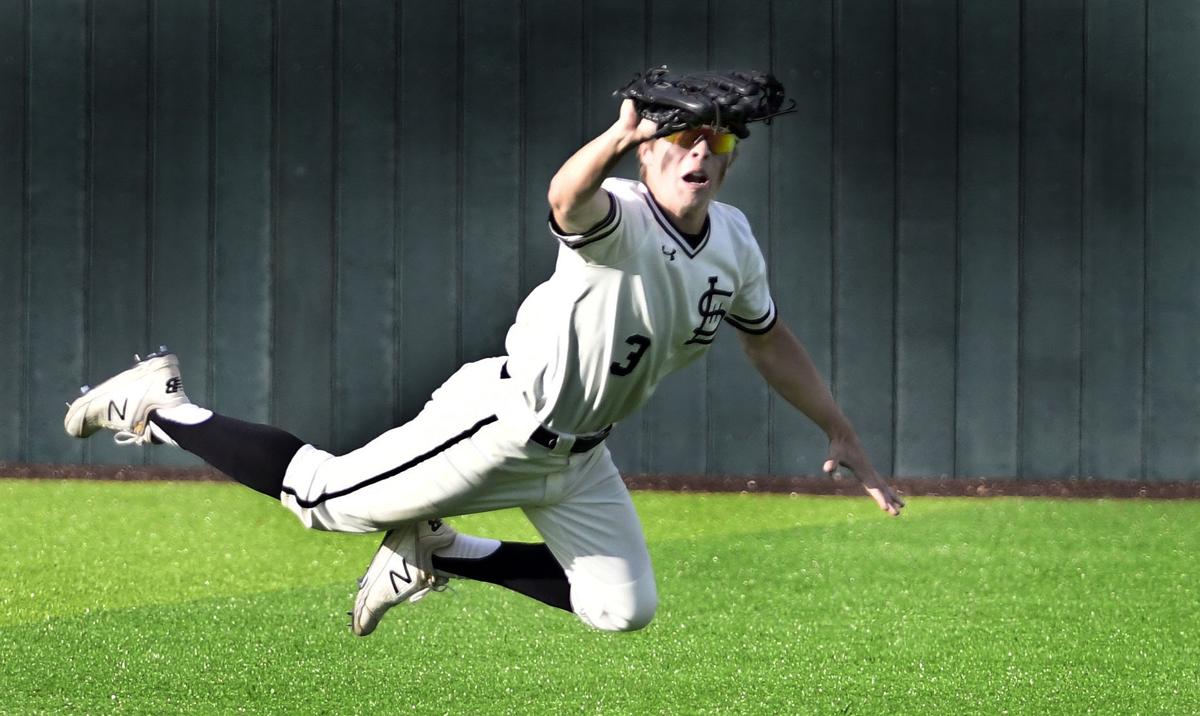 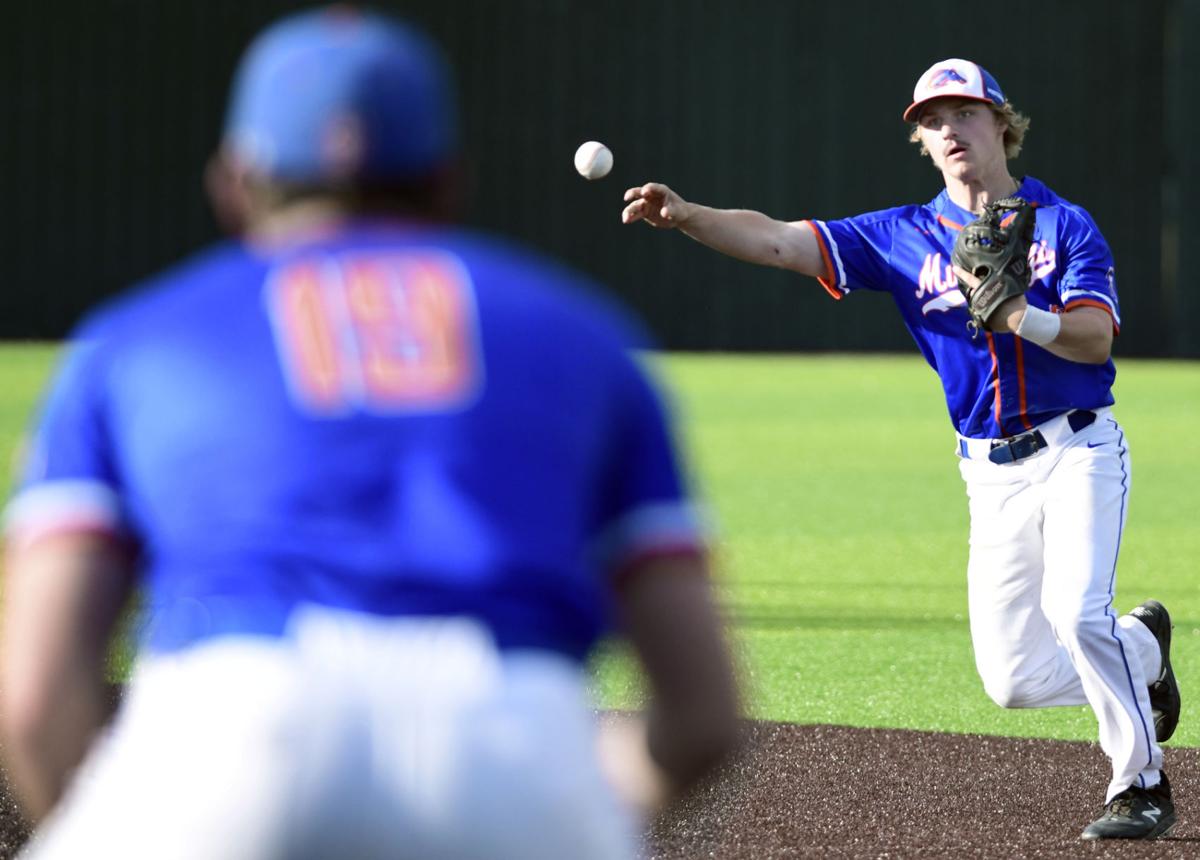 West Fargo Sheyenne second baseman James Hagen, right, throws the ball to Abe Hestdalen for an out at first base in Friday's semifinal game against Legacy at the state Class A baseball tournament at Memorial Ballpark in Mandan.

Sheyenne earned the school’s second berth in the state title game against the Fargo Shanley Deacons, and first since the title-winning 2013 season. Shanley has won all three games between the two teams this season.

“We always expect games like that,” Sheyenne coach Ryan Bodell said. “I know pitching and defense are always going to be there. We knew it was going to be a close game. Good teams take advantage of things.”

Sheyenne pitcher Brennan Haman left his mark all over the game. He went the distance, allowed three hits, struck out five, drove in the winning run in the seventh and made the final putout of the game at first base. He retired the last eight batters of the game.

“I just knew I had to stay hydrated, and if I did I probably had it in me,” Haman said of a day in which the temperature in Mandan reached a sizzling 106 degrees.

Bodell knew Haman had it in him.

“Casey Clemenson (Thursday’s winner) and Haman have been our 1-2 all year," he said. "I know they’re going to come in and throw strikes. He expects to go the distance every start.”

Legacy did all it could to help the Haman, like:

All those little things turned big when the Sabers’ bats went to sleep.

“When you do that against a team like that you’re just not going to get away with it. It bit us, but that’s baseball in a nutshell,” Legacy coach Eddie Streeter said.

Quade Peters led off the game with an opposite-field single to right. The ball went under the glove of right-fielder Carter Klipfel and Peters went to second. Alex Urlaub singled Peters to third and Cooper Borchardt lofted a sacrifice fly to right to score Peters.

Legacy tied the game in the third when Klipfel walked, went to second on a sac bunt and scored on Patton’s single to left.

The Mustangs came right back a half inning later to take the lead without the benefit of a hit. Menz drew one of Patton’s eight walks and stole a base. Two walks and a runner reaching on a strikeout and wild pitch loaded the bases. With two outs, Patton was called for a balk and Menz trotted home for a 2-1 lead.

Legacy tied it in the fifth on Patton’s double before a series of walks, the interference and hit batter and another sac fly ended its chances of reaching its first state title game. The Sabers play Dickinson for third place today.

Class A golfers get their turn to grapple with the heat

Last weekend, Class A baseball and softball players got thrown into the hot box for their state tournaments in Mandan. This week, the top Clas…

Mario Lamoureux has more unique hockey experiences than most.

West Fargo Sheyenne second baseman James Hagen, right, throws the ball to Abe Hestdalen for an out at first base in Friday's semifinal game against Legacy at the state Class A baseball tournament at Memorial Ballpark in Mandan.