These 8 charts show you how, where COVID-19 is spreading right now 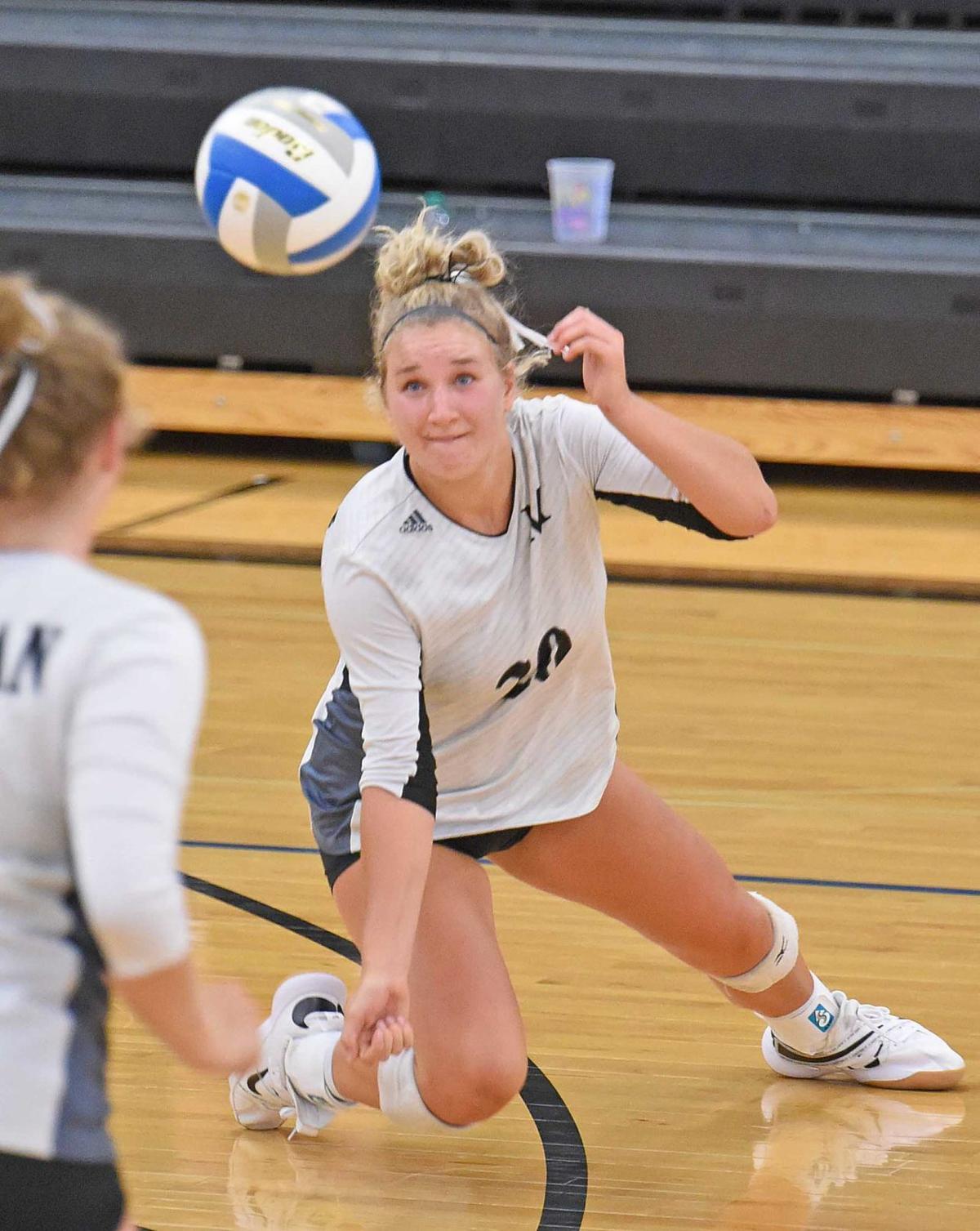 Mandan's Taylor Leingang goes to the floor to dig up the ball during Tuesday's match against Bismarck. 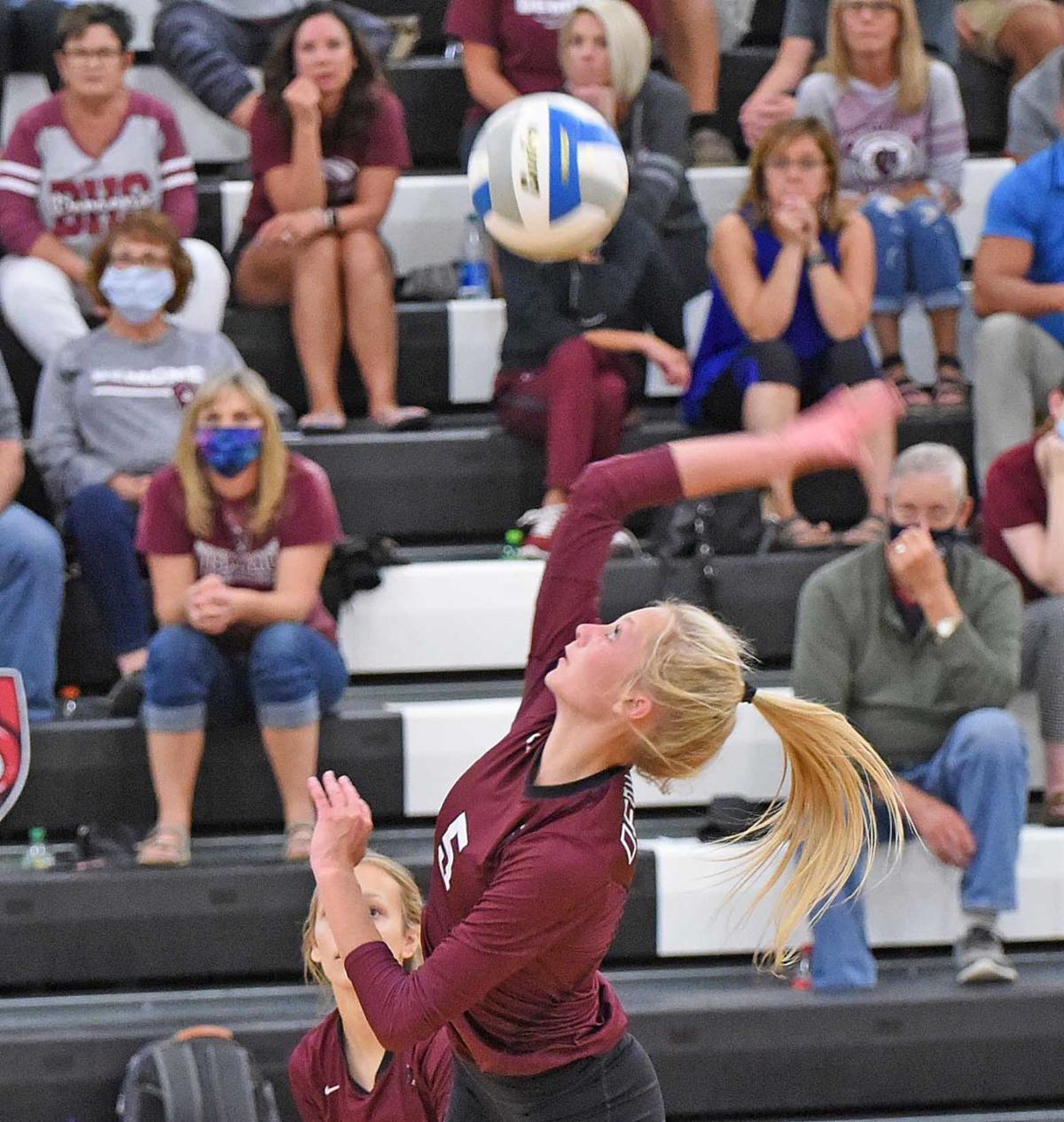 Bismarck's McKenzie Moser goes up for a kill attempt during Tuesday's match against Mandan.

Their first match, and conference match, to boot.

Yes, there were first-match jitters on both sides of the net in Tuesday's season-opening volleyball match between Bismarck and Mandan.

Mandan got past the butterflies early on, but Bismarck, battling both jitters and inexperience did not.

Some Grade A defense didn't hurt either. Once the Braves identified Bismarck's top hitters, it was tough sledding for the Demon front row. Seldom did BHS unload a salvo that wasn't blocked or tipped. Mandan rejected nine shots to Bismarck's two.

"Our defense, I think, was strong. Our back row was super-strong," she said. "Midway through the first game we kind of got their hitters under control."

"We knew we had a pretty good back row. It's the same crew we've had the last couple of years," Folk added. "Our blockers are pretty good jumpers and they're getting better at reading the hitters."

The first set was the most closely contested. Their were eight ties, the last at 18. At that point, the Braves ran off the last eight points of the set. Taylor Leingang, a 5-11 senior, supplied a block and kill to the closing run. Leingang and LaReena Mosbrucker combined on two blocks and the Demons committed four hitting and court errors.

Mandan build a five-point lead in the middle of the second game and took control with a 6-2 surge that made it 21-13. A wide serve by Bismarck closed out the second set.

The third set had a similar complexion, Mandan leading by five or six points much of the way and closing with a 6-2 rush. Leingang clinched the match with a spectacular diving dig that she flipped over the net for the decisive point.

Leingang spurred the Mandan effort with a dozen kills and 14 digs. Mosbrucker led the way with 2.5 blocks. Gustavsson had 24 assists and Piper Harris finished with 22 digs. Leingang and Gustavsson are seniors. Harris and Mosbrucker are juniors.

Bismarck coach Brianna Kline said the Demons, who have only four seniors, displayed some growing pains.

"We graduated six seniors. ... I think we were nervous going in and never really got out of that," she observed.

Kline said the Demons had trouble adjusting to Mandan's defense.

"They are a good defensive team. We started tipping too much," she noted.

Mandan, ranked fourth in the West Region and fifth in the statewide volleyball poll, returns to action Thursday at Legacy. Bismarck, ranked third in the preseason coaches poll, meets Jamestown next. That match is scheduled for next Tuesday at the BHS Karlgaard gym.

Jamestown was ranked fourth in the statewide preseason poll and Legacy sat fifth in the preseason regional poll.

On Thursday, the Region 4 football matchup between Shiloh Christian and New Salem-Almont had all the makings of a battle between regional cont…

Legacy senior Maggie Sorensen is in her first year as a full-time outside hitter on the Saber volleyball team.

Defense shines for undefeated Flasher in sweep of Shiloh

The Flasher volleyball team’s defense has been a work in progress.

Mandan's Taylor Leingang goes to the floor to dig up the ball during Tuesday's match against Bismarck.

Bismarck's McKenzie Moser goes up for a kill attempt during Tuesday's match against Mandan.