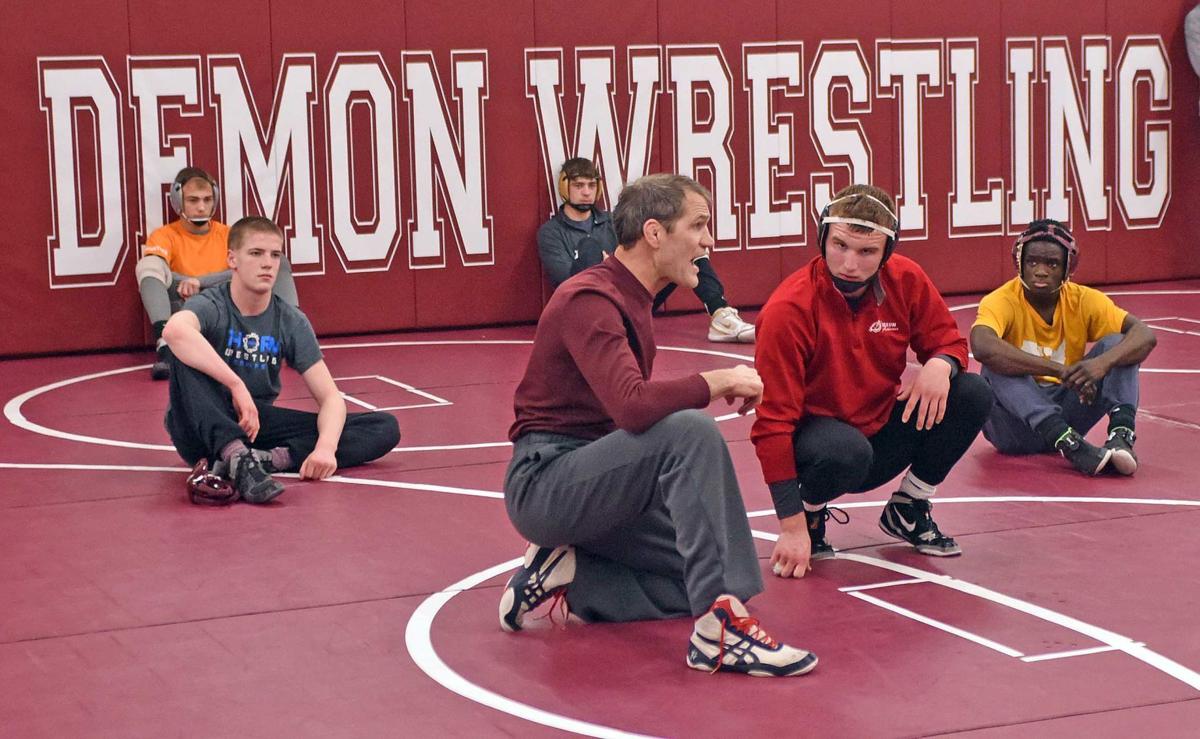 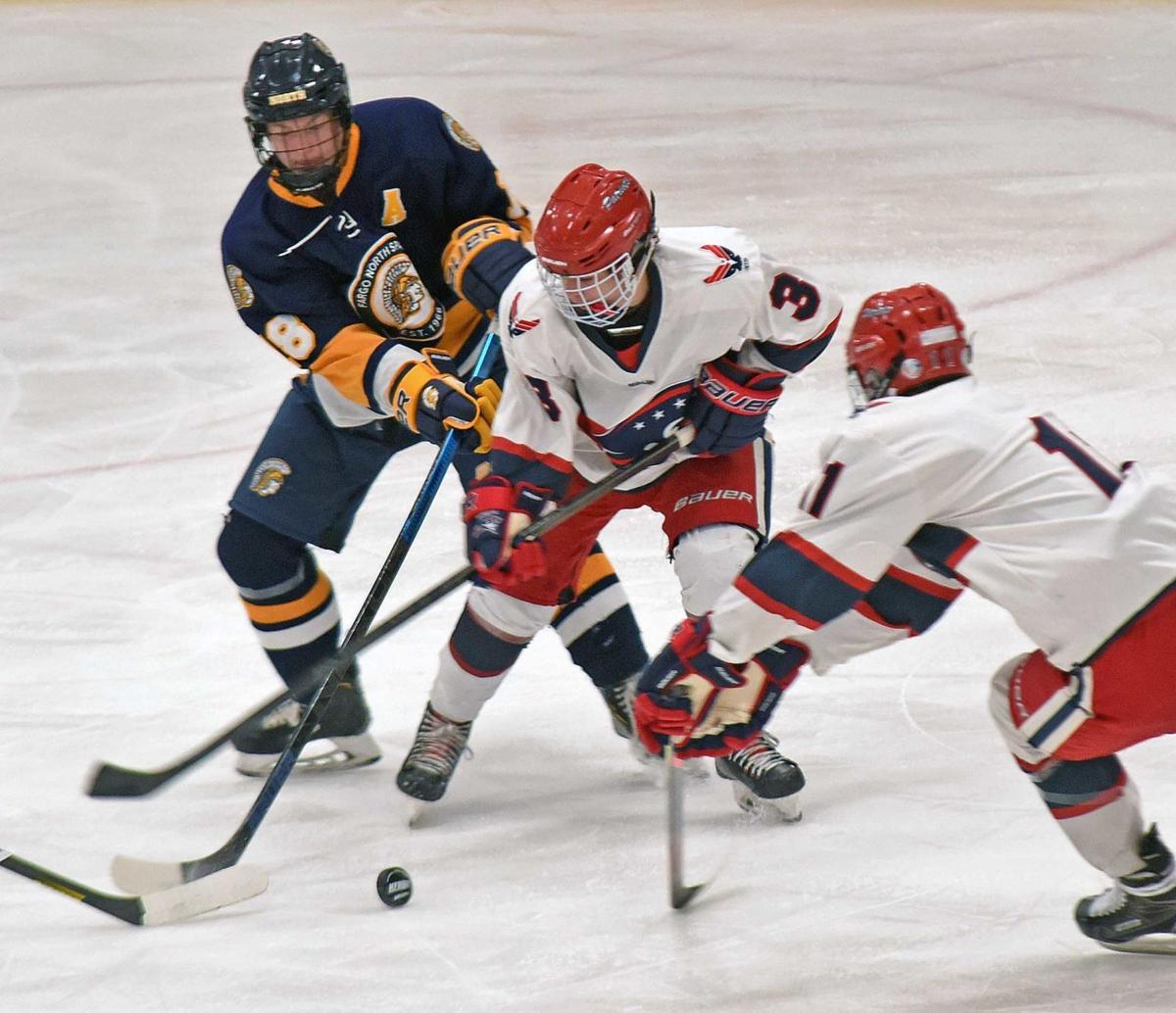 Century's Luke Gasper, center, and and Quinn Rosten, right, reach for the puck during a game last season.

He just hoped it wouldn’t come so quick.

High school wrestling and hockey teams started practice on Nov. 16, but it came to a screeching halt on Friday when Gov. Doug Burgum announced all high school winter activities would be suspended until Dec. 14.

“We told the kids the first day of practice to make sure you’re grateful for every minute you get on the mat this season,” said Lardy, who co-coaches the Demons with Jeff Schumacher. “I did not think one week in we’d be looking at a situation like this though.”

Over the weekend, social media was ablaze after the decision came down as coronavirus cases continue to surge locally and statewide.

“Completely blind-sided,” was how Lardy described it.

“In the spring, you could kind of see it coming when we weren’t in school,” he said. “We’re still in school now and I guess that’s kind of the confusing part as to the reasoning, especially when we’re taking precautionary steps with masks, social distancing, working in smaller groups.

“It wasn’t like we weren’t doing our part. We definitely were being very conscientious and proactive and doing everything in a safe way.”

“In the back of our minds we knew something could happen. I think 2020 has shown us you have to be ready for anything,” Olson said. “In my opinion, I thought the schools and the kids have done a pretty good job just in terms of how they’ve been dealing with it.

“But at the same time, the numbers are the numbers. They aren’t very good right now.”

Hockey teams had gotten in five practices. However, the unique nature of the sport will make it difficult for athletes to maintain conditioning.

“Right now, the rinks are closed up,” Olson said. “We’ll set up workout schedules for the kids but you can’t really simulate hockey conditions if you don’t have ice.”

Athletes will be on their own to train, which also comes with complications.

“Kids are going to find a way to do what they love to do, but if you don’t have eyes watching them and telling them what they should be doing, it becomes more of a free for all, for lack of a better term,” Lardy said. “You definitely don’t want them just laying around doing nothing. We’re confident that won’t happen, but it’s tough for them because they’re not supposed to be around other people, but we still want them to be working out, staying fit, but it’s not like that’s easy to do when you’re on your own.”

Both coaches are cautiously optimistic a season will be played. Had the season gone off as planned, the first day wrestling matches could be held was Friday (Nov. 20). Hockey openers were allowed Nov. 23. Both seasons wrap up in late February -- wrestling Feb. 18-20, hockey Feb. 25-27. So both are looking at shorter seasons packed into a tighter time frame, if play does resume.

“We knew we’d have to be flexible this year. So if you look at the calendar, mid-December, you’re still going to need time to ramp back up. Typically, we get 14 ice-touches before we play a game with practices and scrimmages,” Olson said. “I think we could do it in nine or 10 practices, but we don’t want to rush it either because that could bring on a whole other set of issues.

“We’re going to be optimistic and hope for the best and when we get the go-ahead, we’ll get back to work.”

Gunnar Farstveet a chip off a really big block

Century's Luke Gasper, center, and and Quinn Rosten, right, reach for the puck during a game last season.