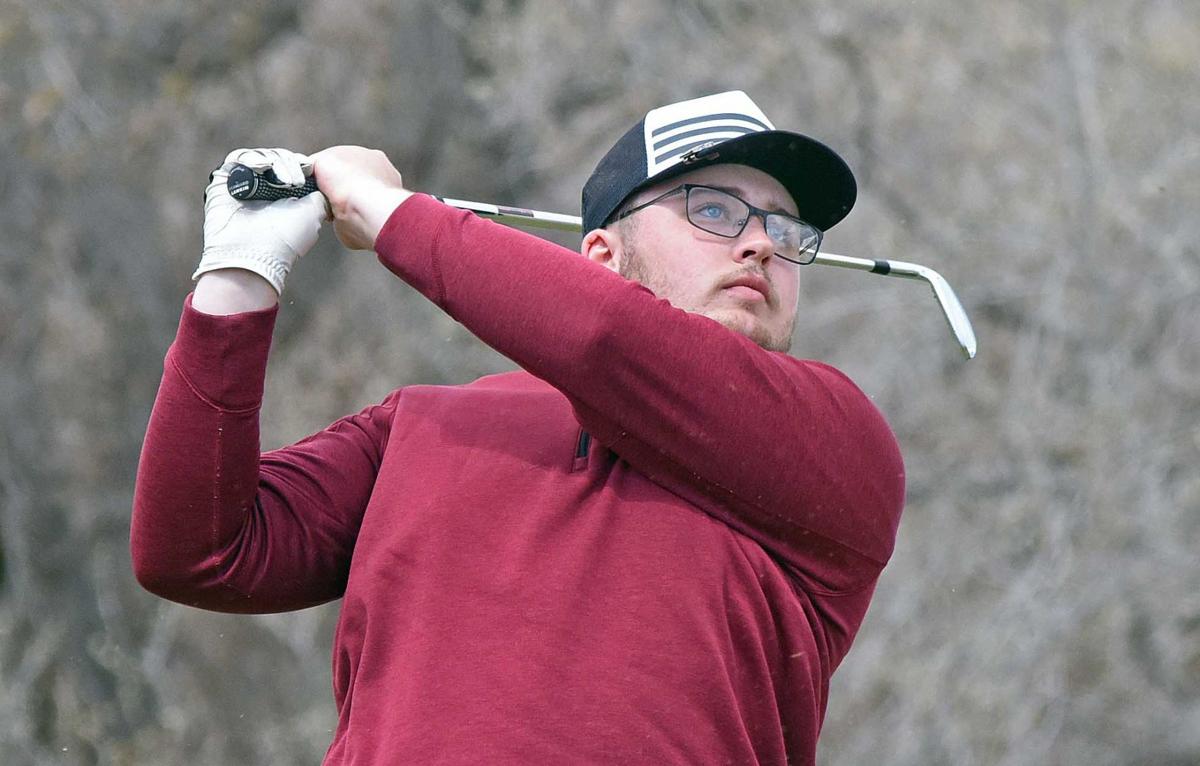 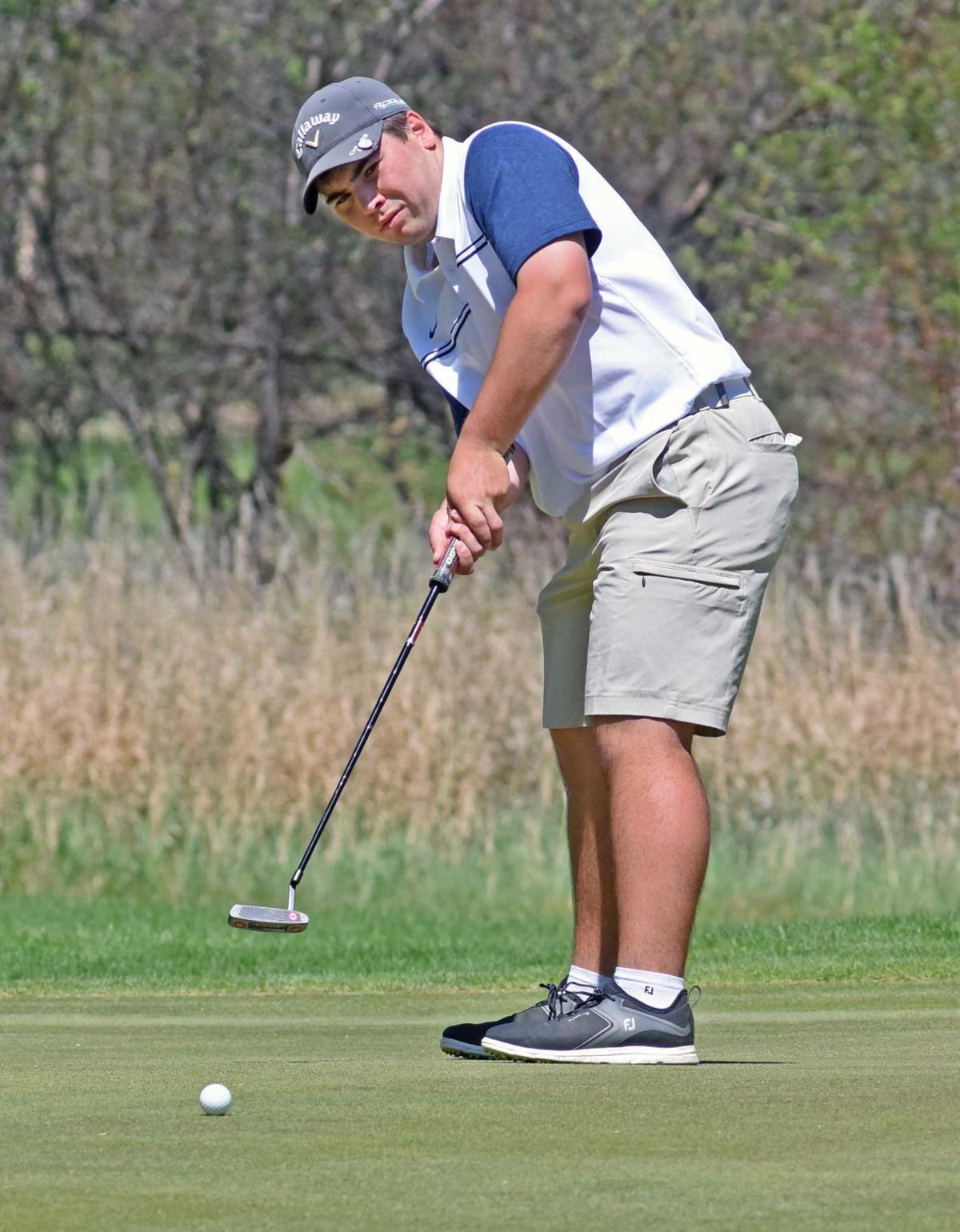 Century's Logan Schoepp has won three tournaments this season and ranks second in the conference in scoring heading into the state Class A meet, which starts today at Hawktree.

Last weekend, Class A baseball and softball players got thrown into the hot box for their state tournaments in Mandan. This week, the top Class A golfers get their turn in Bismarck.

It won't be 106 degrees like it was Friday, but mid-90s temps will welcome the best from the East and West for the two-day state meet, which starts Tuesday at 9 a.m. at Hawktree.

"It definitely throws a little curve ball into your plans, but luckily with the boys being out of school, we were able to practice in the morning and have some late-night chipping and putting sessions," Brown said. "We've been able to modify the times, so that's been good."

Century and Minot have gone back and forth all season at West Region tournaments. The Patriots and Magicians each have five wins. Dickinson was the only other winner. The Midgets took top honors at the Links of North Dakota near Williston.

With so few proven commodities coming into the season, Brown wasn't sure what to expect from his team, which is exclusively underclassmen. Led by junior Logan Schoepp, Century also has four runner-up finishes and hasn't finished lower than fourth.

"They have definitely fulfilled my expectations," Brown said. "The kids put in a ton of time over the last two years. Not having a season last year, that was difficult. You had those seniors who didn't get a season at all, then the younger guys missed out on some developmental opportunities and of course the season.

"I was just really pleased and impressed with how our kids still put in the time. They improved and worked hard. I think it says a lot about their character and work ethic."

Schoepp, who ranks second in the West Region in scoring average (75.63) behind only senior athlete of the year Gavin Argent (73.75) of Minot, has been more than just an anchor at the No. 1 spot in Century's lineup.

"We've been working together since the seventh or eighth grade and you could see back then he was going to be good," Brown said of Schoepp. "Even above and beyond how good of a golfer he is, you couldn't ask for a better leader for our young team. He's texting guys all the time saying let's get together. Logan has done a great job with everything."

Joining Schoepp in the lineup are junior Dylan Nosbusch (No. 2), sophomore Cameron Wittenberg (No. 3), junior Duncan Tufte (No. 4), sophomore Anders Alm (No. 5) and junior Lucas Boustead (No. 6). Schoepp has three wins on the season. Nosbusch claimed the region meet in Dunseith.

"Having a deep team is always a good problem to have," Brown said. "If someone's off, we have other good players who can step in and post."

Argent won four meets for Minot to lead the region. Schoepp was next and Mandan senior Trey Hohbein, who ranked third in the conference in scoring average at 76.25, won twice.

"They're always very deep and they always have really good coaching," Brown said of the East Region teams.

Hawktree, however, has a way of leveling the playing field, especially when weather factors in.

"When the wind blows at Hawktree," Brown said, "that tends to even things out."

Why is the NFL expanding from London and Mexico to games in Germany?

Why is the NFL expanding from London and Mexico to games in Germany?

Little did Century sophomore Mylie Trahan know the state Class A track championship hung in the balance as she competed in the shot put.

Century's Logan Schoepp has won three tournaments this season and ranks second in the conference in scoring heading into the state Class A meet, which starts today at Hawktree.