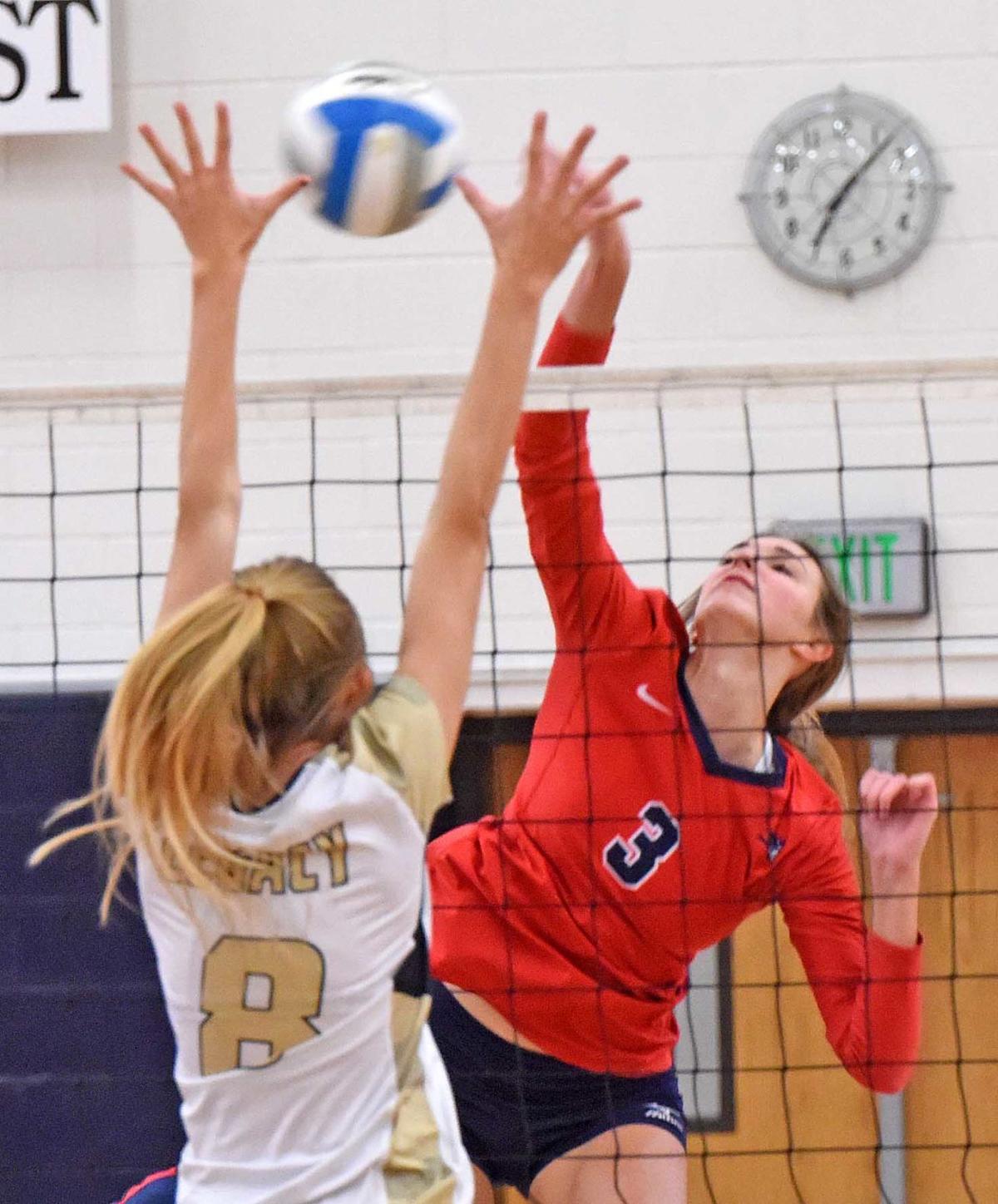 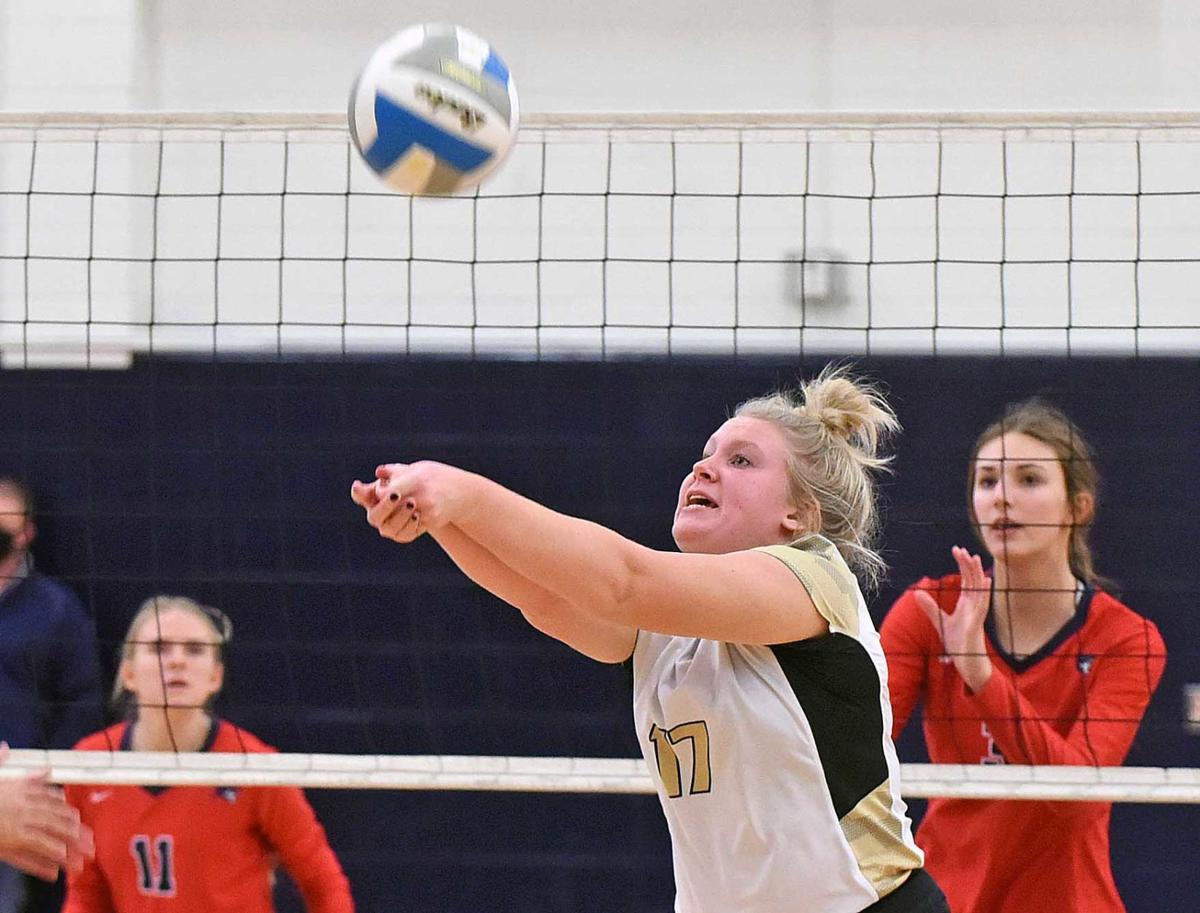 Legacy's Camaryn Beasley passes near the net during Thursday's match against Century.

She doesn’t believe such a thing exists.

“It’s never just another night,” Zastoupil said. “Our focus tonight was to get that first-ball kill and keep the pace of the game. The girls did a nice job of that.”

So nice that the Patriots steamrolled the Sabers 25-17, 25-13, 25-18 to improve to 20-0 and earn a berth in Saturday’s region championship game. Century will face Jamestown in the region final on Saturday at Legacy High.

Top-ranked Century has won 14 matches 3-0 and lost just eight sets the entire season. It’s not a team to try and catch from behind.

“There was a lot of playing not to lose and we just never went out and played fearless,” Legacy coach Jennifer Astle said. “We just guided the ball a lot and tried to keep it on the floor and Century plays good defense and pounds it back at you.”

No one pounded it better than the trio of sophomore outside hitter Logan Nissley, senior outside hitter Julia Fitterer and senior middle hitter Megan Klein.

“That’s our strongest hitters right there, so we want to get the ball out to them,” Zastoupil said.

“This was our match to get to state and that was our end goal,” said Fitterer, who set up shop on the left side of the front row and pounded winners all night. “We wanted to come out and be playing at our best. We came out ready to play.”

The Patriots and Sabers played nine games in the course of three matches this season with Century winning all nine.

It opened Thursday’s match with a 25-17 win. Senior middle hitter Megan Klein got things started with back-to-back aces to give Patriots a 6-2 lead. Century served five aces in the match.

Legacy stayed close, getting within 9-6 on Camaryn Beasley’s ace serve. But never got any closer. Century’s strong play along the front was only getting stronger and it peaked in the second game.

Riding the powerful right arms of Nissley and Fitterer, the Patriots stormed out to a 12-3 lead and coasted to a 25-13 win. The game fittingly ended with Fitterer’s seventh kill of the game from the left side.

The Sabers took their only lead of the night to open the third set. But Century went right back on top and led the rest of the way.

Legacy got within a point five other times and tied the set at 15-15. It was still within 18-16 when Jocelyn Julson served five straight points, including an ace that gave the Patriots a 23-16 lead.

Breena Sand had 10 kills and seven digs for the Sabers. Beasley had 19 assists and five digs.

Legacy will play a state-qualifying match on its home court on Saturday against St. Mary's at 11 a.m.

Century is headed to the state tournament regardless of the outcome of the region title game. It has appeared in nine straight state championship games.

Legacy's Camaryn Beasley passes near the net during Thursday's match against Century.