All nonconference games canceled for WDA teams, shortens seasons for all sports
Share this
Return to homepage × 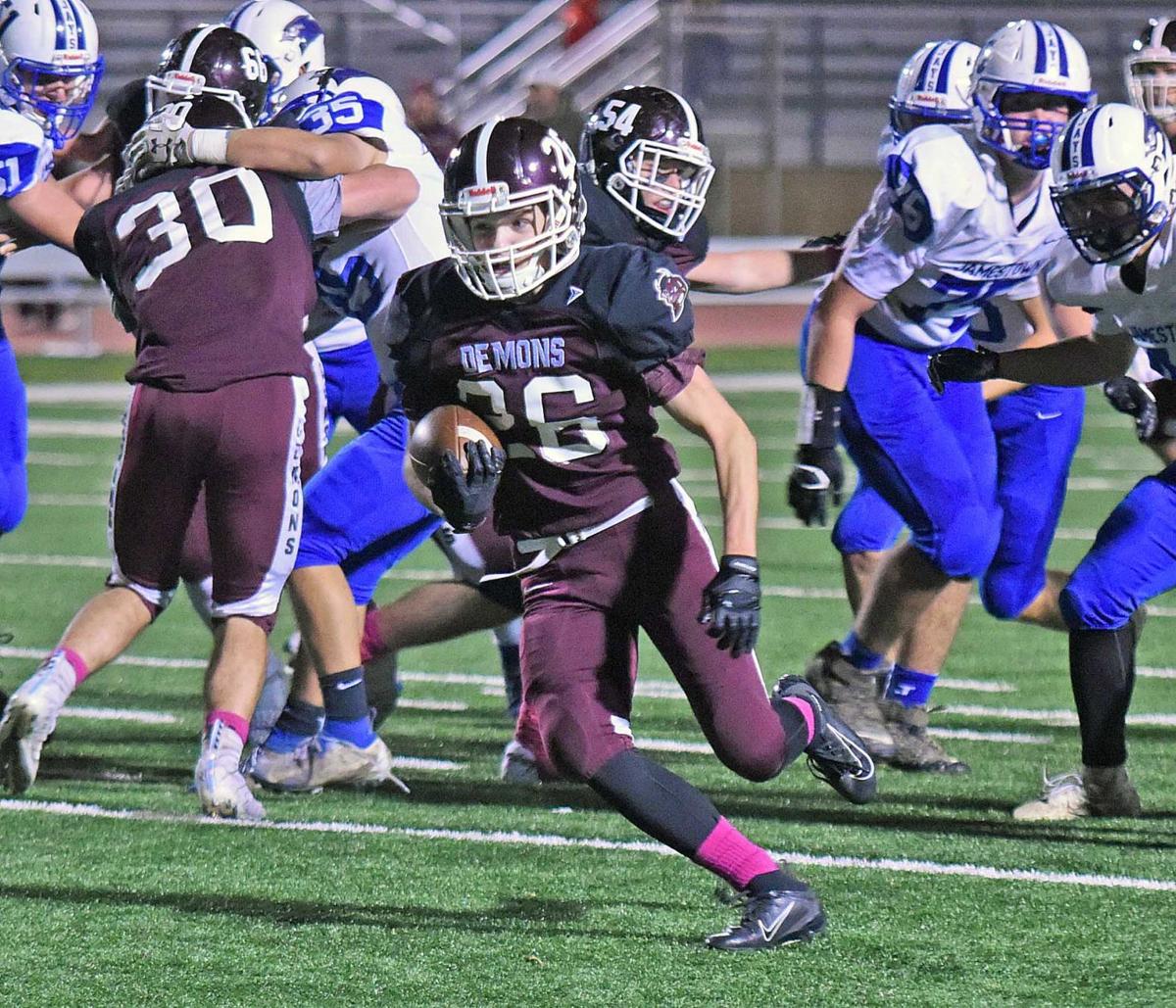 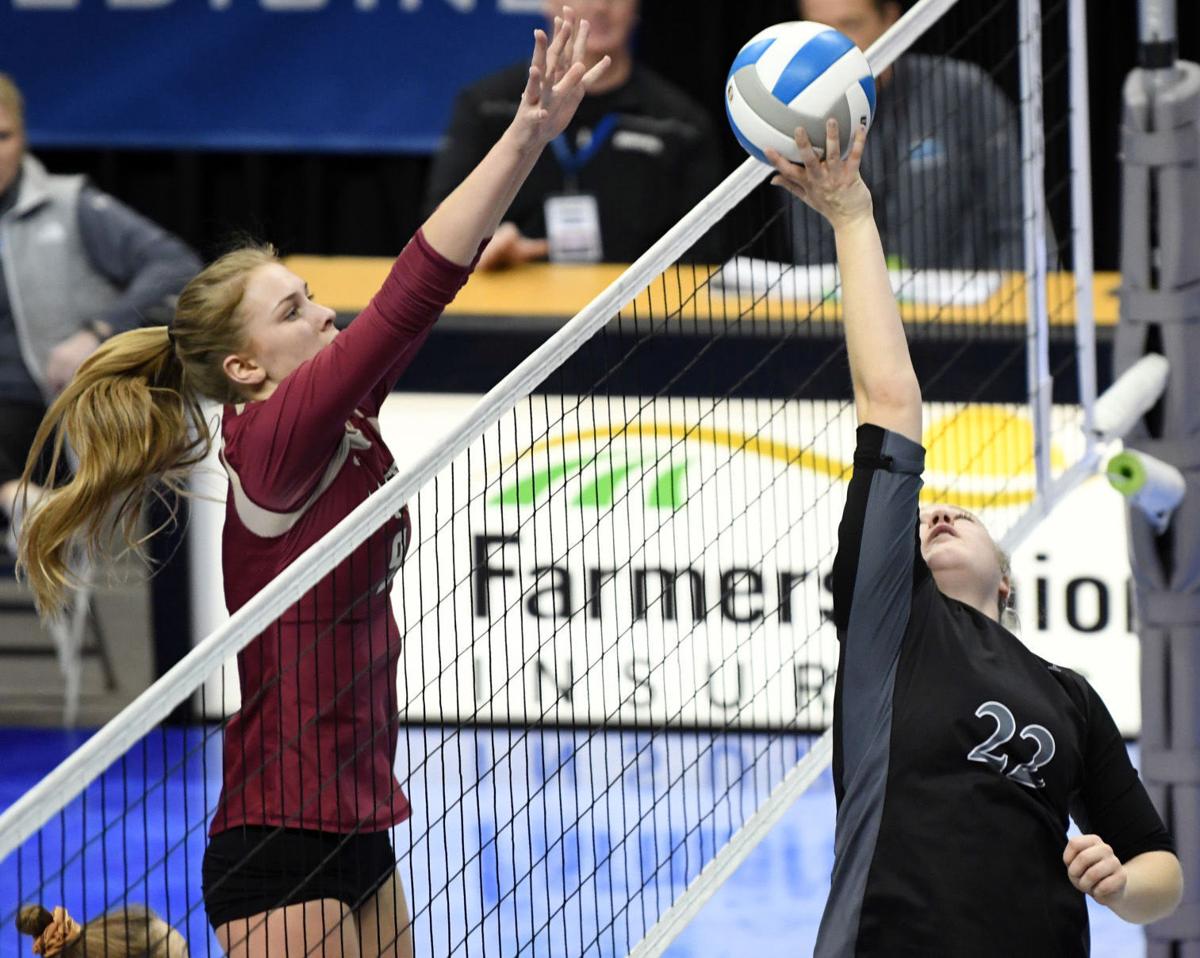 Mandan's Sydney Gustavsson tips the ball over Ava Wild of Fargo Davies during a match at last season's state tournament in Fargo.

High school sports will go on as planned in the WDA this fall but with fewer games.

The Western Dakota Association, also referred to as the West Region, released updated schedules for all seven fall sports on Tuesday. Football, volleyball, boys soccer, cross country, girls swimming and diving, boys tennis and girls golf will play conference games only. All nonconference games, and dates, have been canceled.

Postseason tournaments remain in place, for now. The length of each season remains unchanged. For example, each WDA football team will play seven games over the course of nine weeks.

"We're in unprecedented times and whatever we can get, I think we have to be happy with," Gibson said. "I feel for everybody having to make these difficult decisions. I feel for the seniors who have put in everything for this moment and now to have it affected like this is really unfortunate.

"In the grand scheme of things, you hate to say it, but there are bigger things than high school football. As coaches, we'll be really thankful for whatever time we get with our kids. We're excited for the season, but we also understand the situation we're in remains extremely unpredictable."

Every fall sport gets dinged, some more than others.

In volleyball, early-season scrimmages against other teams have been scrapped. The season-opening Bismarck Invite, which typically brought every Class A team to Bismarck for several matches, also has been scuttled. The midseason Scheels Invite in Fargo also is gone for the second year in a row. Last year's tournament, which usually features every Class A team in the state and a handful from South Dakota, was snowed out.

"I think we all understand the circumstances we're in, but it's disappointing to lose out on the Bismarck crossover and also the scrimmages we typically have in Jamestown even before the Bismarck invite," Mandan volleyball coach Anna Folk said. "When you're having those hardcore practices at the beginning of the season, it's always nice to be able to point to those matches you'd get against the East (EDC) teams in Bismarck. Everybody looked forward to those, so it is sad to lose those.

"We just have to stay positive and be grateful that we still do get to have a season, especially considering the spring season was canceled and everything those kids lost."

In boys soccer and boys tennis, all crossovers and nonconference games have been canceled. Instead, WDA teams will play a double round robin schedule.

In cross country and girls swimming and diving, invitational meets will be limited to six teams or less.

The girls golf season will go on mostly as planned. The notable exception being the season-opening crossover meet in Jamestown, featuring every team in the state, has been canceled.

Early season nonconference games were valuable for coaches who used them to experiment with their rosters. Although don't expect to hear any sulking.

"Everybody is in the same boat," Gibson said. "It's nice to have those nonconference games to get some of the preseason bugs out but we don't typically put a lot of prep time in for those games. Obviously now that changes. You don't want to come out and be 0-1 or 0-2 in the conference, so that does add urgency to your early-season preparation."

Folk said her team has been able participate in a couple of team camps this summer. However, there will be less opportunity to mix and match with different lineup combinations with each match counting right out of the chute. Practice starts Aug. 17.

"It was nice to give different kids their time to shine and if they made a mistake they could come back the next game or the next match. Now it's kind of do-or-die right away so we'll need to adjust to that," Folk said. "We gave some really strong leaders on our team. Kids like Taylor Leingang, Syd Gustavsson, Piper Harris, Olivia Leingang, kids that have worked hard and played in a lot of big matches already.

"We're going to make the most of it. It'll be different, but that's OK. We're just happy we're able to have a season and we're really excited about that."

Gibson is keeping things in proper perspective as they prepare to play through a pandemic.

"The crazy thing is you do need to treat every Friday night like it's your last," he said, "because it just might be."

It's no secret that the batting order of Fargo Post 2's baseball team has the explosiveness of a cannon.

Governors grind out another win

The Bismarck Governors are one of two unbeatens remaining in the state AA Senior Babe Ruth baseball tournament, but their two wins have come a…

Century's Wingenbach prepares for season during a pandemic

High school football coaches will have a fine needle to thread this fall.

Mandan's Sydney Gustavsson tips the ball over Ava Wild of Fargo Davies during a match at last season's state tournament in Fargo.