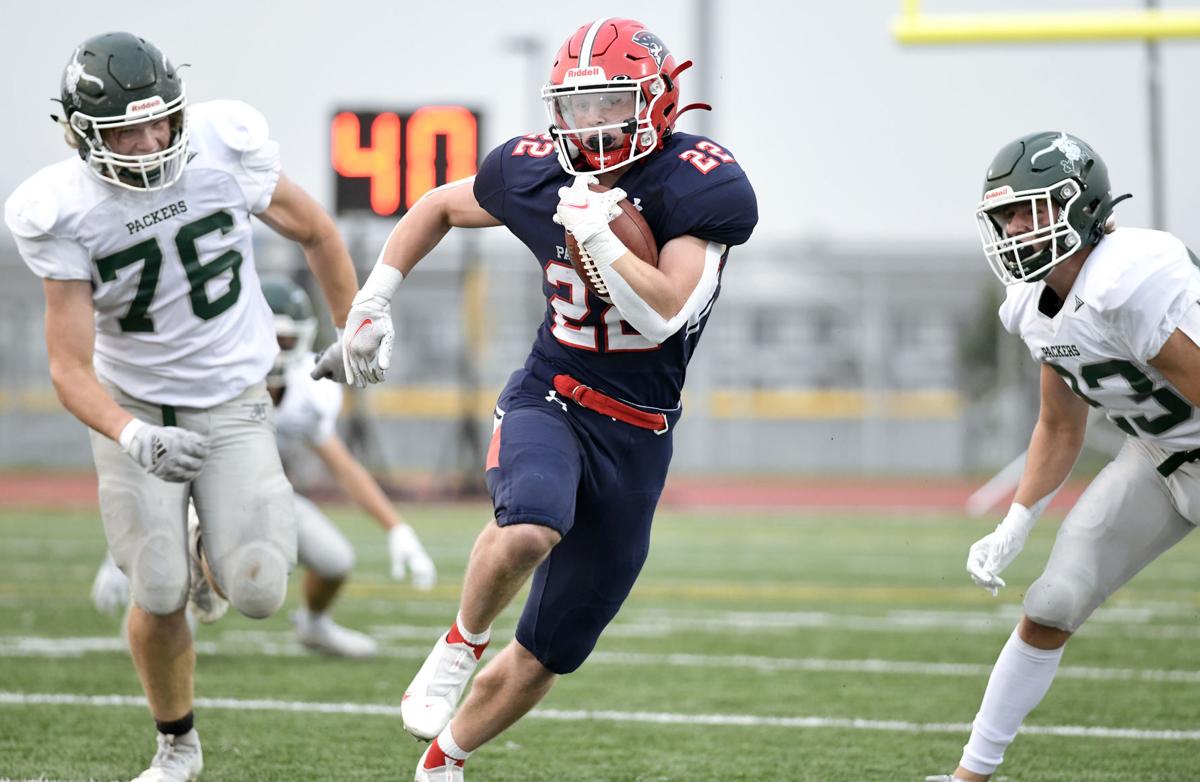 Century running back Peyton Arndt breaks into the secondary for a big gain in the first quarter of Friday night's game against West Fargo at Sanford Sports Complex in Bismarck. 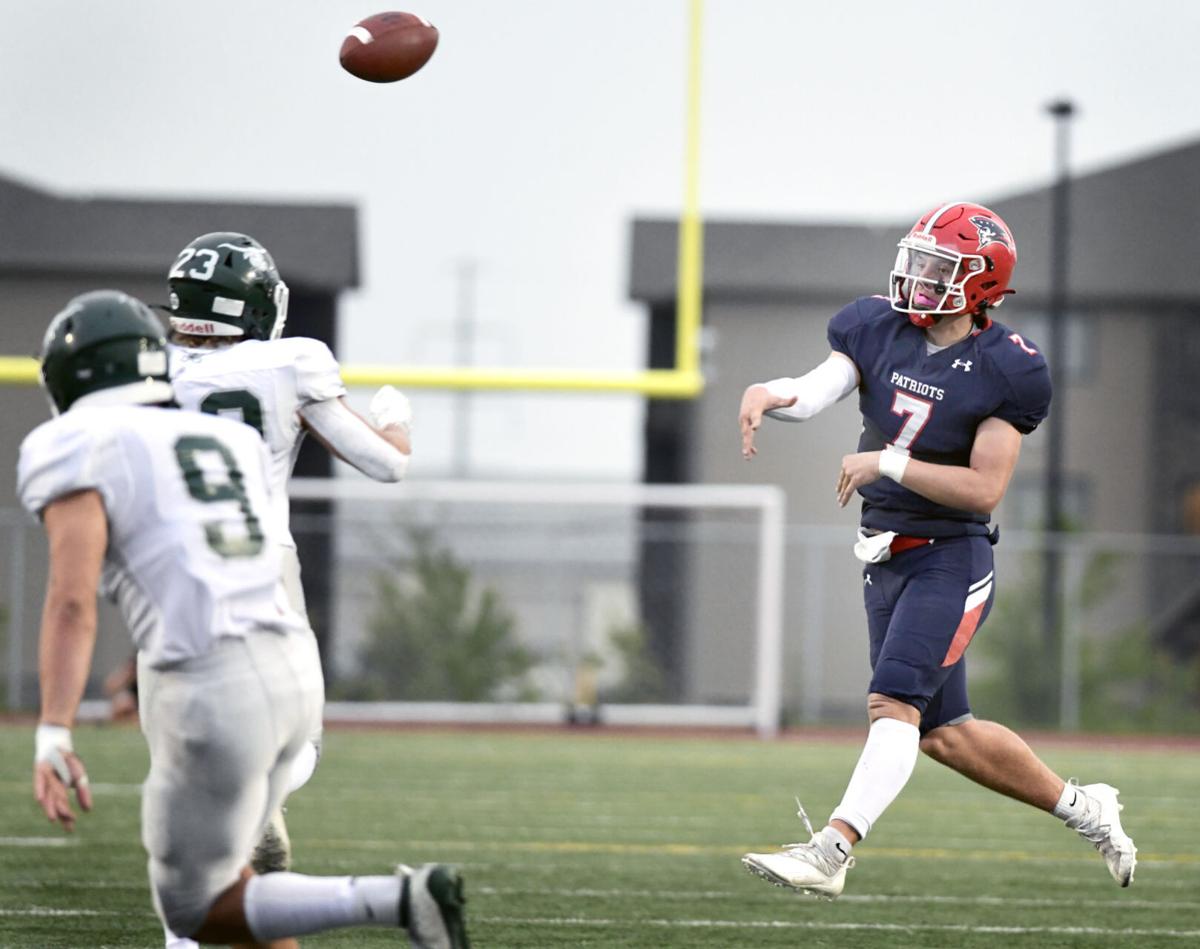 Century quarterback Brady Dahl throws the ball down the field in the first half of Friday night's game against West Fargo.

Bismarck Century quarterback Brady Dahl passed for more yards on Friday than he had all season as the top-ranked Patriots sweated out a 41-13 Class AA football win over West Fargo on an unseasonably warm night at Sanford Sports Complex.

With his running backs dropping like flies due to cramps, Dahl kept the offense humming on the way to the two-time defending champs’ 25th straight win.

Dahl completed 13 of 18 passes for 181 yards. And even though he didn’t have a touchdown pass on the night, he scored twice on the ground and put his team in position for other TDs.

“We just have to be confident with anybody in the game,” Dahl said. “There’s always a chance we can throw a lot, it’s just the way the defense plays. We saw we could throw a lot with how they were playing us.”

Dahl completed passes to eight different receivers and the Patriots’ rotation of starter Peyton Arndt and backups Trevor Ragan and Isaiah Pajimula, plus Dahl as well, turned in strong performances.

“Our depth kinda showed tonight,” Century coach Ron Wingenbach said. “Our other guys came in and did a great job, and that starts up front with our offensive line. Brady did a real good job taking what they were giving him on the perimeter.”

“They were bringing a lot of A and B gap pressure and that opened things up for the boot action,” Wingenbach said. “We had two or three big first downs on him running the ball on a run-pass option. That’s one thing he brings to the table.”

Arndt, who came into the game as the leading rusher in the West Region, ran for 72 yards and scored on 2-yard run to opening the scoring. He then spent the rest of the first half on the sideline with cramps before returning in the third quarter. On his first carry after returning, Arndt ran 36 yards for a TD, then was in and out of the lineup again for the rest of the night.

After Dahl’s first TD, Ragan scored the Patriots’ third touchdown of the first half on a 7-yard run. He carried six times for 34 yards on the drive and finished with 39 on the night.

West Fargo got on the board right before halftime after marching 80 yards in 2 minutes. The Packers were helped by a 50-yard pass from Peyton Jantzi to Carson Hegerle. The two connected from four yards out for a score with 15 seconds left to get within 20-7.

Jantzi passed for 220 yards, with 114 of those going to the talented Hagerle, who made seven catches. Century held the West Fargo running game to just 20 yards.

Parker Nelson scored the Packers’ last TD on a 2-yard run early in the fourth quarter to make it 27-13. But Century responded with Dahl’s 9-yard run and Pajimula’s 19-yard scamper around the end with 2:20 to play.

Century (3-0) is back in action on Friday, traveling to Dickinson to face the Midgets.

Why are the Cowboys favored to win the divison?

Who's more likely to make the CFB Playoffs: Clemson or Ohio State?

Who's more likely to make the CFB Playoffs: Clemson or Ohio State?

Idaho State has given the University of North Dakota football team problems over the years.

Mission No. 1, according to Legacy senior Joey Buzalsky, was to open fast against Dickinson.

Inexperienced Braves must grow up fast

Century running back Peyton Arndt breaks into the secondary for a big gain in the first quarter of Friday night's game against West Fargo at Sanford Sports Complex in Bismarck.

Century quarterback Brady Dahl throws the ball down the field in the first half of Friday night's game against West Fargo.