For Logan Nelson, the numbers were off the charts last season.

The University of Mary All-American quarterback broke virtually every school passing record and was one of the top players in the country anywhere.

In the end, however, it rang a little hollow for the Billings, Mont., native. While a marked improvement from recent seasons, the Marauders' four wins were all Nelson cared about.

"It was fun, definitely enjoyable. You dream about having those kinds of seasons, but when you look at our record, 4-7, you can't look at it and say, 'You're good with that?' No, we're not," the 6-foot-5, 215-pounder said. "You can have all the records and stats and all this stuff, but if you're not having team success, what's the point?

"As a team, we took a step forward, but certainly we're not satisfied with 4-7."

The numbers were stellar, however. Nelson threw for 41 touchdowns to just six interceptions. He came within shouting distance of 4,000 yards passing and he completed 65 percent of his passes.

There are several quality quarterbacks returning in the NSIC and NCAA Division II this season, but Nelson stacks up with any of them.

At 24 years old, Nelson has been in the program longer than any of the players or coaches. He's seen highs and lows during his career, but the Marauders' trajectory is clearly pointed up.

Befitting his age and experience -- his first year at the University of Mary was 2016 -- Nelson has advanced to graduate level quarterbacking.

"Logan understands concepts and he's made bigger strides understanding defenses," head coach Craig Bagnell said. "That's the progression. He has all the physicals tools, of course, but the next step is sort of that academic part, for lack of a better term.

"So now it's like, OK, if they show us this, and we have this called, and they come out in this look, what's the better play? Get us into the better play."

As good as the Marauders were through the air last season, they ranked No. 1 in NCAA Division II, Nelson is more than willing to turn and hand the ball off to a deep stable of running backs if it means more Ws.

Nelson has a strong supporting cast around him this season.

Danny Kittner is the best receiver in D-II, if not all of college football. Running back Dave Small Jr. earned All-NSIC honors last season. The Marauders are strong up front as well with the likes of tackle Drake Lalim and guard Conner Paul back for their third seasons as starters.

One big missing piece is All-American receiver Luke Little, who got his MBA and then a look from the Chicago Bears. The Marauders have a deep stable of pass-catchers Nelson is confident in, but it'll be more of a collective effort without the big and speedy Little.

"Can't replace him. Irreplaceable player," Nelson said of Little. "But what we can do is recreate him in a couple of different players.

"We'll spread the ball around more. Focus more on specific matchups. I like the guys we have. They're ready to take on larger roles."

Nelson has earned all the accolades. He's overcome a blown out knee, shoulder injuries and this summer had his tonsils removed.

While a lot of players in Nelson and Kittner's position might have flirted with the transfer portal, to test themselves against a higher level of competition, neither player had any inclination.

"Danny and I definitely talked about it, but there was no hesitancy staying here. We didn't want to go anywhere else," Nelson said. "We want to turn this program around. We wanted to show the NSIC and D-II nation, watch out for U-Mary kinda thing.

"It wasn't like that when we got here, but we want it to be that way when we leave."

Nelson is the unquestioned leader of the Marauders. He has aspirations of playing pro football, but right now the focus is entirely on the new season, which started on Monday with fall camp.

"I love it. I'm just trying to soak it up," he said of preparing for his final college season. "I've been loyal to this school. I've put in blood, sweat and tears and that's because I love it here. I love everything about it. I love the the campus. I love the staff. I love the players. I love the coaches and I love football and I'll play football as long as I can."

There are few nits to pick when it comes to No. 1-ranked NDSU.

Bison back at it after early-morning return from Arizona

North Dakota State's game in the desert ended around 1:30 a.m. Sunday morning. At 7 a.m., the Bison were back home. 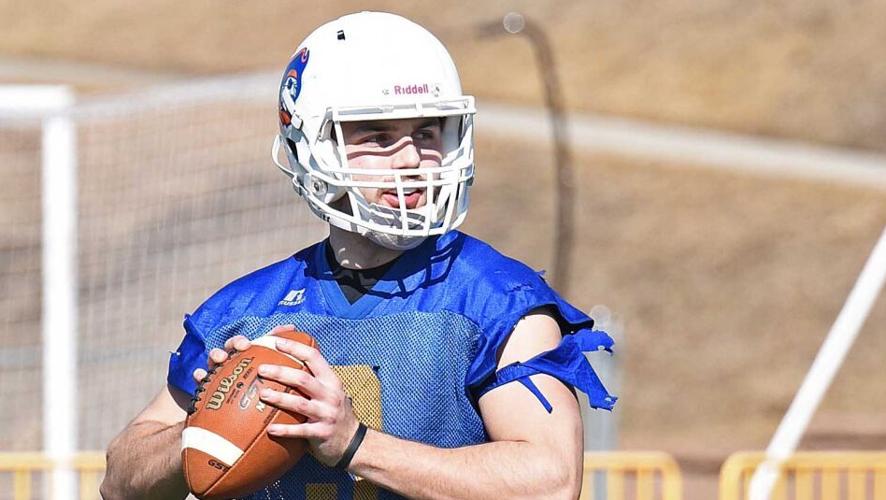 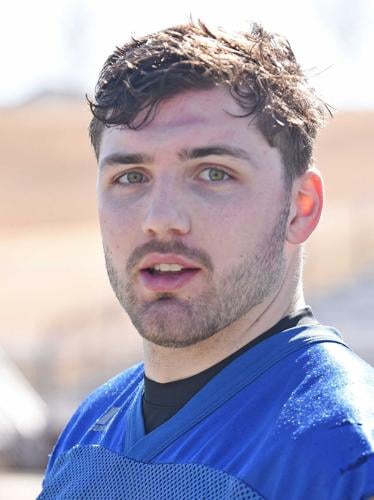