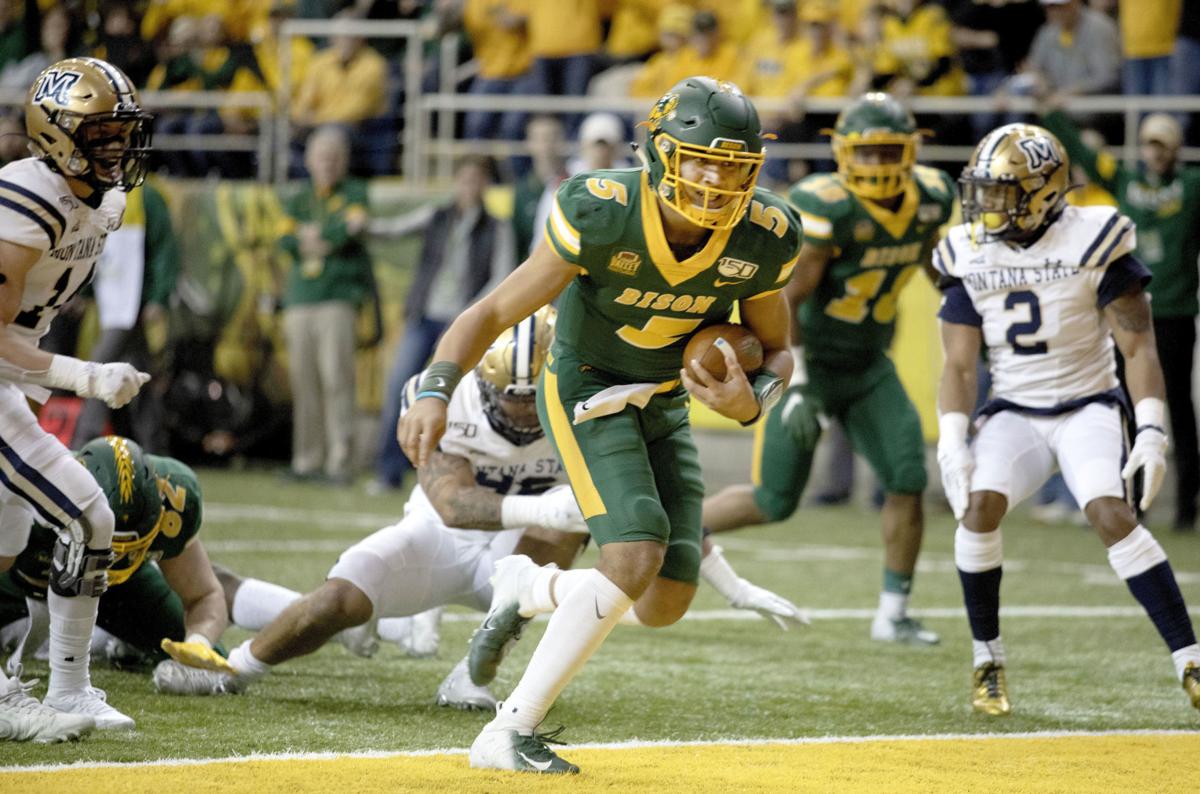 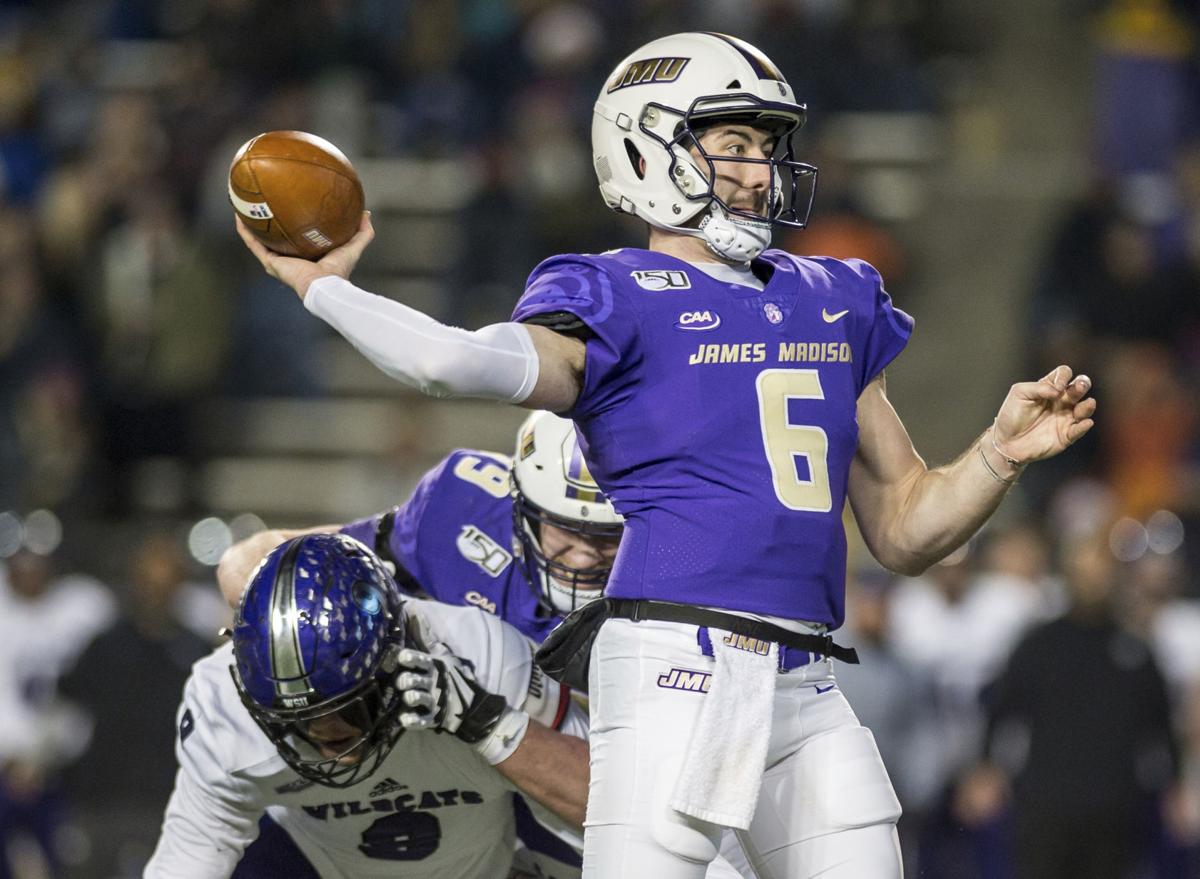 James Madison quarterback Ben DiNucci (6) is in his second year as the starter for the Dukes.

Saturday's FCS title game will be a star-studded affair under center.

North Dakota State's Trey Lance and James Madison University's Ben DiNucci have been two of the premier quarterbacks at the Football Championship Subdivision this season.

Both Lance, a redshirt freshman, and DiNucci, a fifth-year senior, have made a haul of postseason hardware. Lance is one of four finalists for the Walter Payton Award, the FCS equivalent of the Heisman Trophy.

Both head coaches know all eyes will be on the QBs in Frisco, Texas.

"When you start preparing for North Dakota State, that's the first guy right there," James Madison head coach Curt Cignetti said of Lance. "He's an incredible player. He's their leading rusher. He's big, got really good arm strength, really good accuracy. He can escape and make plays with his legs, runs a number of designed quarterback runs. And it's really sort of remarkable to see a young guy that plays with so much poise as he does.

In terms of protecting the ball, Lance has had a historical season. The Marshall, Minn., native, has thrown the ball 277 times without a single interception.

"He's a big physical kid that likes to have the ball in his hands and I think that makes him kind of a multifaceted weapon," NDSU coach Matt Entz said. "We hope we get a chance to use his exploits (Saturday)."

Lance has grown into his role, including his off-field preparation.

"Trey has started to tweak the process to fit what he wants and what he needs more of," Entz said. "What you've seen this season, in how well he has played, is someone that is committed to becoming a great football player. He works at it."

DiNucci has had a different path.

A highly rated high school quarterback out of Wexford, Penn., DiNucci spent his first three years at the University of Pittsburgh. He played in 12 games as a redshirt freshman for Pitt and six games the following season (2017) before transferring to JMU.

After throwing 12 interceptions last season, DiNucci had to win a three-way quarterback competition in the fall to regain the position. He's responded with a 27-touchdown, five-interception campaign.

"Ben has a lot of talent and savvy. He's got arm talent. He's a competitor and he's a good athlete. Last year some of the issues were turnovers, ball security," Cignetti said. "He's done a good job protecting the ball. It's not perfect yet. Every once in a while that ball's out there a little bit too much, but his touchdown-interception ratio is really, really good. And he's played as well as any quarterback in the country this season."

Both Lance and DiNucci have plenty of help.

"On the offensive side, we'll have to be able to handle some pressure and have to handle if it's single, or if it's a corner coming from the field,” Entz said. "Those are things that have probably caused us some issues during the playoffs, so we're going to have to be really prepared to handle that in our run game and also in our protections."

Cignetti's team is excited to face NDSU, which is looking for its eighth FCS title in the last nine years.

"Obviously we play a formidable opponent with tremendous tradition, almost unmatched tradition," Cignetti said. "We recognize the challenge before us, but we view this as a tremendous opportunity for our program and we're really looking forward to Saturday."

James Madison quarterback Ben DiNucci (6) is in his second year as the starter for the Dukes.