INDIANAPOLIS (AP) — Alabama's Bryce Young and Georgia's Stetson Bennett both transferred in 2018. One got a lot more attention than the other.

Already a celebrated quarterback prospect heading into his junior year of high school, Young made headlines in Southern California when he decided to attend powerhouse Mater Dei. There he would replace five-star recruit J.T. Daniels, who had decided to skip his senior year and enroll early at USC.

As for Bennett, after spending 2017 running the scout team at Georgia, he switched to Jones County Junior College near Hattiesburg, Mississippi. He threw 16 touchdown passes and led the Bobcats to a 10-2 record.

While Young seemed destined to become a Heisman Trophy winner since middle school, Bennett appeared better suited for the Sun Belt than the Southeastern Conference —- even when he returned to Georgia as a scholarship player in 2019.

On Monday night, the former five-star and the former walk-on arrive at the same destination when No. 1 Alabama faces No. 3 Georgia in the College Football Playoff championship game.

At a time when national championship contenders are more likely than ever to have elite NFL prospects at quarterback —- from Deshaun Watson to Joe Burrow to Mac Jones — Bennett's run as QB1 for Georgia has been one of the most surprising stories of the season.

Coming out of Pierce County High School in Blackshear, Georgia, a small town in the southeast corner of the state, Bennett's scholarship offers ranged from Mercer to Middle Tennessee State.

Instead, he walked on at Georgia, where his most notable moment as a freshman was playing the role of Heisman Trophy winner Baker Mayfield during the Bulldogs' Rose Bowl preparation.

“I don’t draw too much on that experience,” Bennett said. “I had no expectation of playing.”

With the arrival of another five-star quarterback at Georgia, Justin Fields, in 2018, Bennett transferred to junior college.

Riding the bus to games in Mississippi is a long way from playing for the No. 1 team in the country, but plenty of high-caliber players pass through those JUCOs.

Buckley said Bennett was still recovering from a shoulder injury when he arrived at Jones and didn't start throwing in practice until the Tuesday before the first game.

Knocking off the rust, Bennett completed 55% of his passes and threw 14 interceptions that season. Still, he flashed enough potential to draw FBS scholarship offers and he was headed for Louisiana-Lafayette until Georgia came in late.

The Bulldogs needed a backup for Jake Fromm after Fields transferred out and familiarity with Bennett made him a safe bet.

“I said do not think about that,” Buckley said of the Georgia offer. “Absolutely not.”

It wasn't that Buckley didn't think Bennett could play at Georgia. The coach was skeptical about whether Bennett would be given a legitimate opportunity over more highly rated players.

Fromm moved on after the 2019 season, but it looked as if Buckley's concerns for Bennett would become a reality. Georgia brought in two transfers in 2020: Jamie Newman from Wake Forest and Daniels from USC.

But Newman opted out of the pandemic-altered season and Daniels' injuries have created opportunities for Bennett, who has seized them despite the skeptics.

“That’s the nature of the beast. You’re either the hero or a zero,” Bennett said.

There has never been any doubt about Young's ability.

Young started taking lessons from a professional quarterback trainer when he was 5 years old, lining up with players who were three or four years older than him.

Bryce Young played for one of the most prestigious Pop Warner teams in California, the IE Ducks, and received his first scholarship offer when he was in eighth grade from then-Texas Tech coach Kliff Kingsbury.

“It was a huge blessing,” Young said Saturday “It kind of became a reality that I’ll be able to play football at the next level.”

Young became one of the most sought-after recruits in the country at Mater Dei, a school that produced former USC quarterbacks Matt Leinart and Matt Barkley. When Young decommitted from USC and flipped to Alabama, it was national news.

When he arrived in Tuscaloosa, it was fair to wonder —- as many did — if Young might beat out Mac Jones and start as a freshman.

Young ended up sitting behind Jones, who led the Crimson Tide to the national championship last year and became a first-round draft pick and rookie starter for the New England Patriots.

Young slipped easily into the starting job this season, becoming the first Alabama quarterback to win the Heisman and leading the Tide back to the title game.

While their experiences have been vastly different, Bennett and Young share at least two obvious traits. Both are undersized, listed at 5-foot-11 and under 200 pounds. More importantly, they are both confident that they are exactly where they are meant to be.

Even if one of them took a most unusual road to get there.

“It’s not an ignorant confidence, like I believe I can do anything,” Bennett said. “But I believe I can play football really well, and that’s from the work that I’ve spent over these past however many years I’ve been playing football.”

Alabama vs. Georgia: News and scores from the CFP National Championship 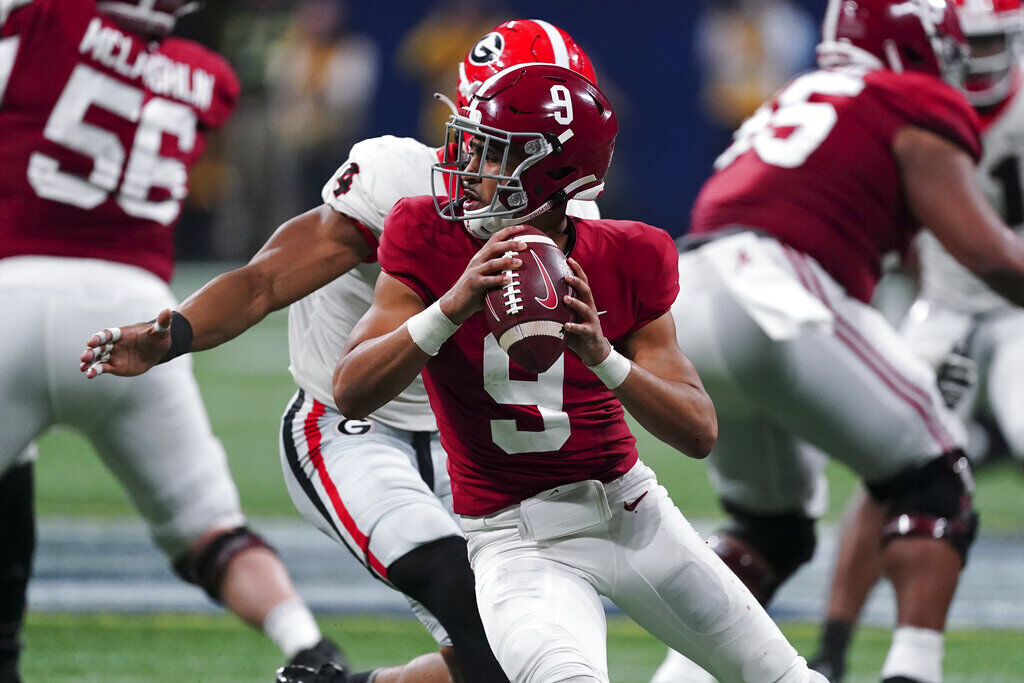 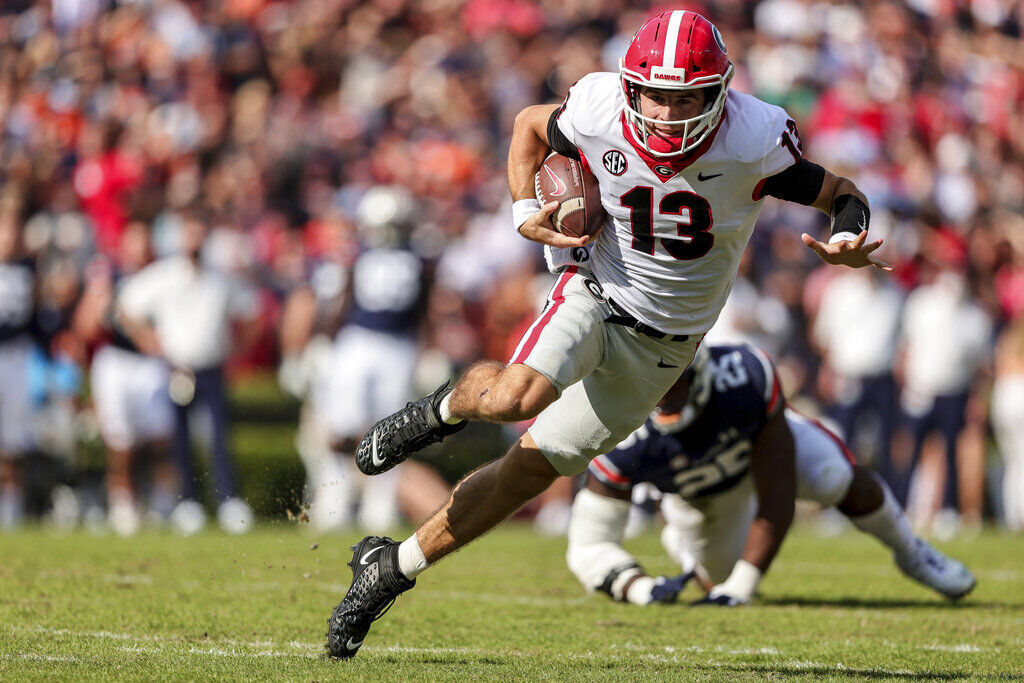