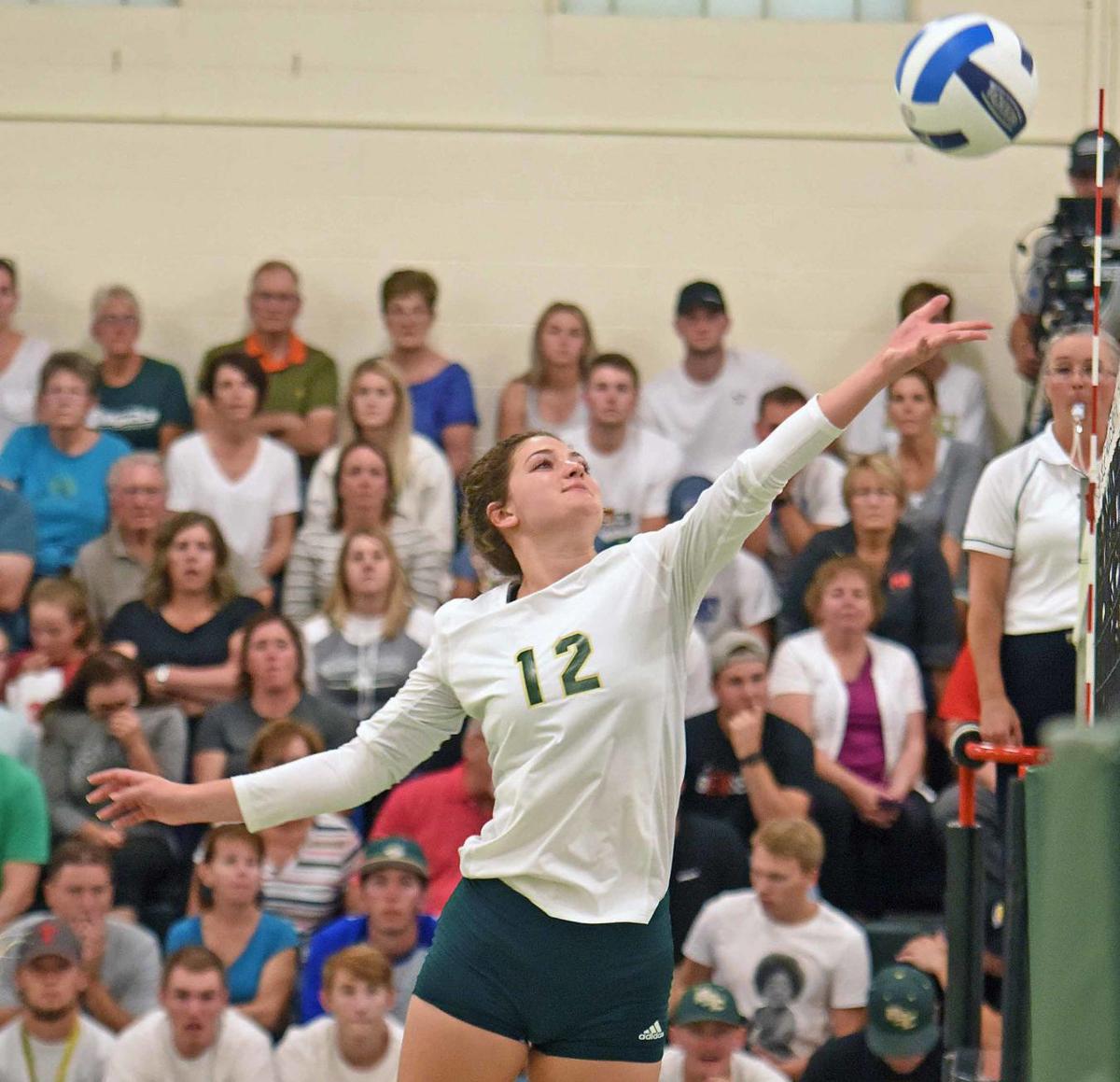 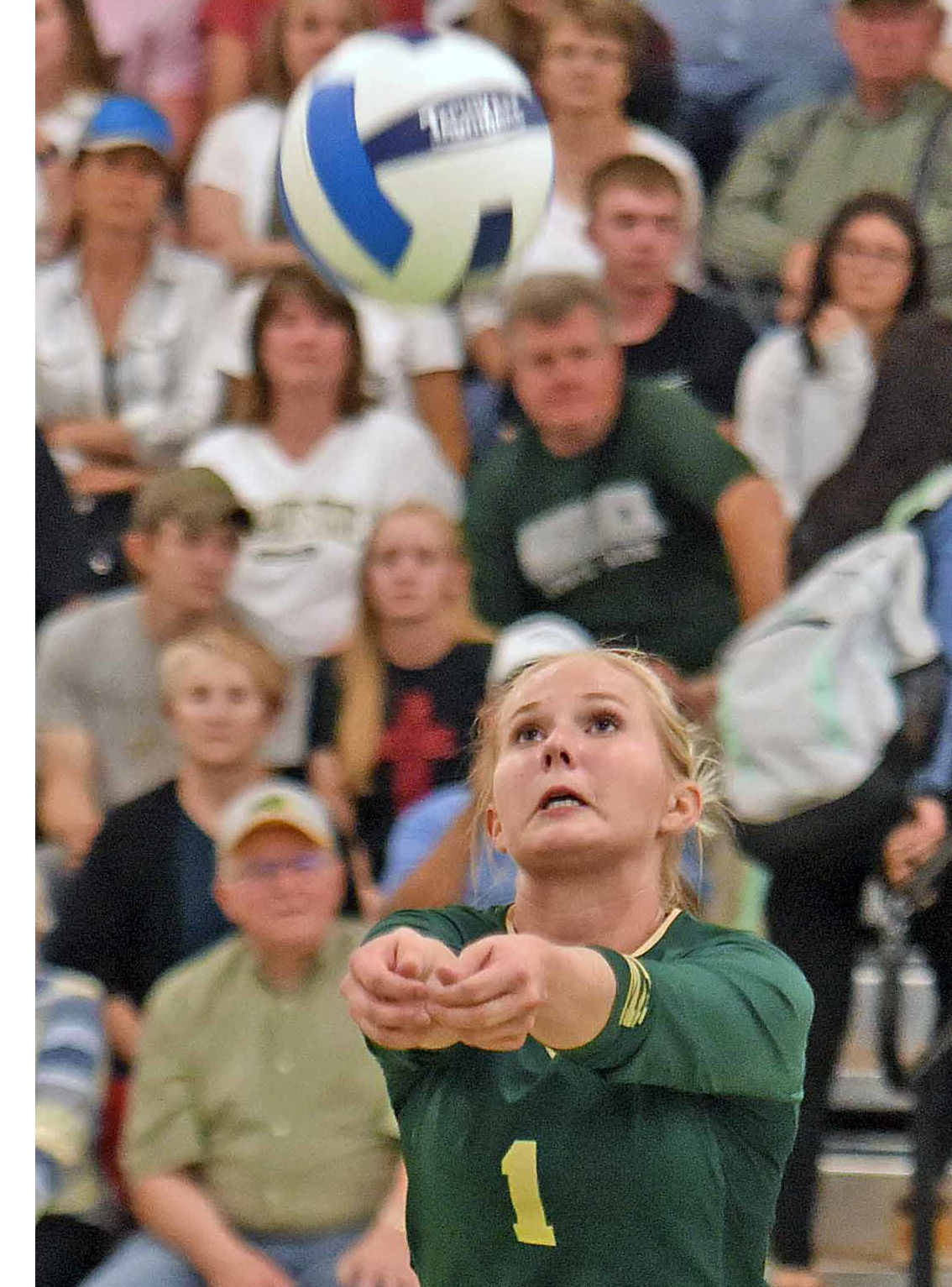 BSC libero Alie Glasser gets in position to play the ball during Wednesday night's match.

The Mystics’ deep and balanced lineup was firing on all cylinders Wednesday night in front of nearly a full house at the Armory in BSC’s 3-0 Mon-Dak-opening victory over Williston State College.

“I’ve had a lot of sleepless nights going over lineups in my head. I’m definitely not complaining, though,” Walsh said. “It’s a good problem to have.

“Our practices are very competitive. We have a lot of really good players and that’s exciting.”

Seven players had kills, six served aces and 11 got into the digs column.

Century High product Bailee Otterness, taking on a larger role this season, had a team-best 3.5 blocks.

“I learned so much from the sophomores last season and I’m just trying to provide that kind of leadership for our team now,” she said. “We have really good chemistry and I think it will continue to get better and better as the season goes on.”

The Mystics are a little smaller this season with Otterness the lone 6-footer on the roster, but they can compensate.

“We took a little hit in terms of our size, but this team is a little more athletic than last year,” Walsh said. “We have a lot of new players. We’re still finding our way, but it’s a fun group to coach and I think we have a lot of talent.”

“We’re working on playing a fast-paced game,” Otterness said. “It’s a fun style to play and fits the team we have. It’s still early in the season, but I think we’re doing a really good job with it.”

Walsh said the lineup will remain fluid as everybody gets to show their stuff.

“Our in-practice competition is really high. I think we’ll just roll it. I don’t think you’ll see the same seven or eight kids each night,” Walsh said. “They’re all working hard and deserve a chance.”

“Ours fans are awesome. They always come out and support us,” Otterness said. “That definitely keeps us on our toes because we want to play well for them.”

The University of North Dakota is in the process of plotting the school's return to athletic and activity scheduling.

Tens of billions of dollars on the line as pro and college sports look to return, with or without fans

At some point, the conversations turn to money.

Anderson has paired athletic success with academic achievement at NDSU

More and more, it looks like the ramp-up to what officials hope is a full college football season will begin in mid-July. Yahoo Sports reported last week that the NCAA Division I football oversight committee was leaning toward a six-week preseason camp, about two weeks longer than the normal beginning to the season. NCAA approval could come the middle of this month, according to Yahoo. The ...

BSC libero Alie Glasser gets in position to play the ball during Wednesday night's match.