No. 1-ranked St. Cloud State won decisively on the scoreboard, but the University of Mary put up a respectable showing Thursday night.

In the Northern Sun wrestling opener for both teams, the Marauders had just one win against the premier D-II team in the land, but were competitive in several matches in a 31-3 loss at McDowell Activity Center.

Max Bruss, up two weight classes from his freshman season two years ago, defeated Devin Donovan 1-0 in the 174-pound match for the Marauders. Bruss, from DePere, Wisconsin, redshirted last season after a 25-win campaign in 2018-19.

The 10-match dual was pin-free. Just one tilt ended early. At 125 pounds, the Huskies got a technical fall from Paxton Creese early in the third period.

At 165, Devin Fitzpatrick edged Huber 6-3. Huber was ranked fifth in the national preseason poll at 157.

Kaylor, a redshirt freshman from Legacy, went toe-to-toe with Noah Ryan at 197 before falling 6-3.

The Marauders are back in action Thursday, Jan. 14, traveling to Marshall, Minnesota to face Southwest Minnesota State at 7 p.m.

The North Dakota State football team finds itself in an unusual position -- outside the top five in the FCS poll.

OMAHA, Neb. -- Another big night from Jasper Weatherby powered the University of North Dakota to another victory.

Greg McDermott says he offered to step down after ‘plantation’ comments, but Creighton players wanted him to stay

Creighton basketball coach Greg McDermott said Wednesday that he offered to resign after asking his players to “stay on the plantation” in a postgame speech. McDermott apologized Tuesday night for comments he made after a Feb. 27 loss. “Specifically, I said: ‘Guys, we got to stick together. We need both feet in. I need everybody to stay on the plantation. I can’t have anybody leave the ...

Creighton basketball coach Greg McDermott apologized Tuesday for asking his team to “stay on the plantation” after a loss Saturday.

North Dakota State’s spring football opener ended like many have in the fall – with a Bison victory. 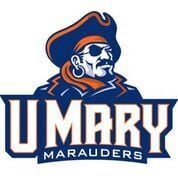