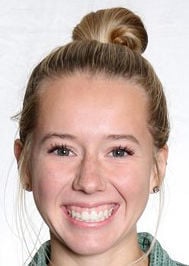 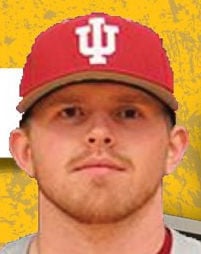 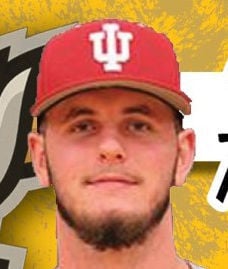 The Shrine Bowl games will be played July 18 at Fargo South High School. The 11-man game is at 4 p.m. with the 9-man game to follow.

Legacy and Mandan have three players on the squad. The Sabers are represented by Rhett Clements, Keaton Erhardt and Josh Haag. Austin Frey, Elijah Klein and Kobe Poitra were selected from Mandan.

Bismarck High (Thomas Colby, Nick Hinsz) and St. Mary’s (Chris Birnbaum, Connor Puetz) also will play for the West, which will be coached by Ron Wingenbach of Century.

Ben Thompson of 6-man Center-Stanton also was selected to the team.

Anderson, a junior from Bismarck (Century), swept the mile, 3,000- and 5,000-meters at the conference meet, accounting for 30 points and being named the most outstanding performer in the meet.

Elliott, a senior from Bismarck (Shiloh) ranked fourth in the 3,000-meter run during the indoor season. Stone finished his degree in mechanical engineering with a 4.0 grade point average. He is currently a Masters of Business Administration graduate student.

Bartholomay, a junior from Bowman, won the Summit League championship in the 3K and was fourth in the mile. Bartholomay carries a 3.84 GPA in accounting.

Fossum, who is from Gladstone, N.D., and attended Richardton-Taylor High School, earned All-American honors on the uneven bars, the third award of her career.

Fossum’s season average of 9.6 on bars ranked seven in the country in the NCGA. She recorded a personal-best mark of 9.75 during the season.

University of Mary athletes Logan Nelson and Brittany Brusven have been named 2019 All-American Athlete Award recipients by the National Strength and Conditioning Association.

Nelson, a quarterback on the U-Mary football team, accounted for 13 touchdowns and over 1,100 yards of offense in his junior season.

In two seasons for the Marauders’ volleyball team, Brusven has 213 assists, 51 digs and 16 blocks.

"We are proud to have coach Michael Silbernagel join the NSCA in its mission to safely improve athletic performance," says Eric McMahon, NSCA's Coaching Program Manager. "Supporting our student-athletes like Brittany Brusven and Logan Nelson guarantees a stronger future for the NSCA."

TANKSLEY, MANN TO PLAY FOR LARKS

Brody Tanksley is returning to the Bismarck Larks along with one of his college teammates.

A catcher from Indiana University Southeast, Tanksley hit .268 with three home runs, 11 doubles and 26 RBIs last season for the Larks.

“I loved it. I loved the atmosphere and the fans,” Tanksley said. “After our last game, I asked coach (Sean) Repay if he could help me come back to Bismarck the next summer.”

Zach Mann a 6-foot-6, 235-pound right-handed pitcher also has signed with the Larks.

“I’m excited to be playing against the competition that we’ll get to play against,” Mann said. “The high-level caliber of play -- that’ll be a lot of fun.”

The Larks begin the Northwoods League season on May 26 against Duluth.

A right-handed pitcher, Palacios pitched 28 innings as a junior, posting an earned run average of 4.50 with 42 strikeouts. He played summer baseball for the USA Prime Colorado Aces.

“Marcos is a mid-80's righty who has a good pitchers build, and a good breaking ball. We expect Marcos to come in and compete for a starting rotation spot,” BSC coach Michael Keeran said. “He has all the tools to become a front-line starter for us. We are excited to work with Marcos to get him to that next level.”

Larson coached NDSU to 59 conference championships since becoming head coach in 1979. The Bison have won 11 of the past 12 Summit League outdoor team championships.

For a school whose sports programs have been shut down by the novel coronavirus (COVID-19) health crisis, Bismarck State College has been busy…

As the spread of the new coronavirus continues to sweep the globe, and as the sports world came to a screeching halt, there has been a growing fear among coaches that there will not be a 2020 college football season, UNC's Mack Brown said in a teleconference Monday. College campuses across the country, including at UNC-Chapel Hill, have moved classes online and asked students to move ...

Another day brought another round of heavy impact to teams around the area due to the coronavirus pandemic.

Newell, Marauders frustrated about not getting to compete at D-II nationals

Is it fair to call a 12-4-2 second half disappointing?

When the National Collegiate Hockey Conference announces its award winners next week UND might make a major haul.