St. Cloud skates to 4-2 win over Bobcats
0 comments
Share this
{{featured_button_text}}
1 of 2 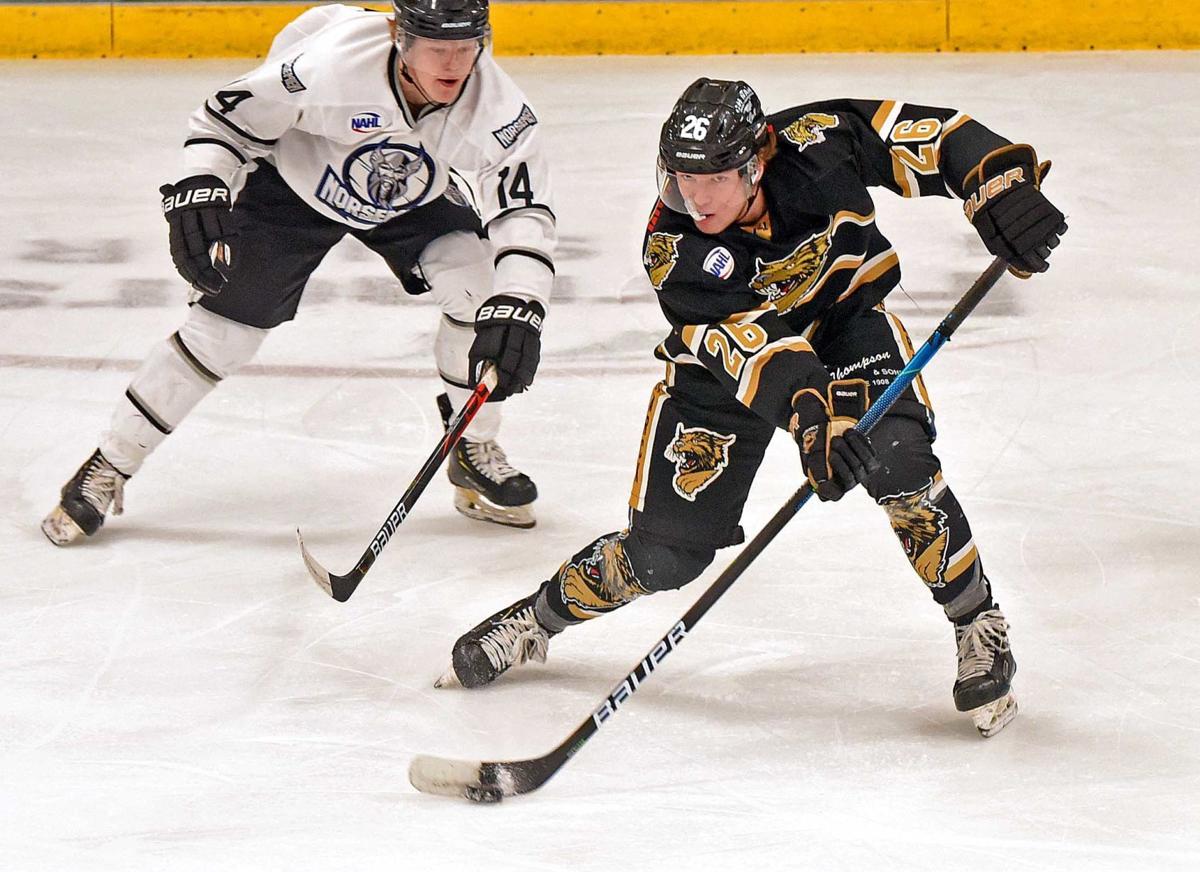 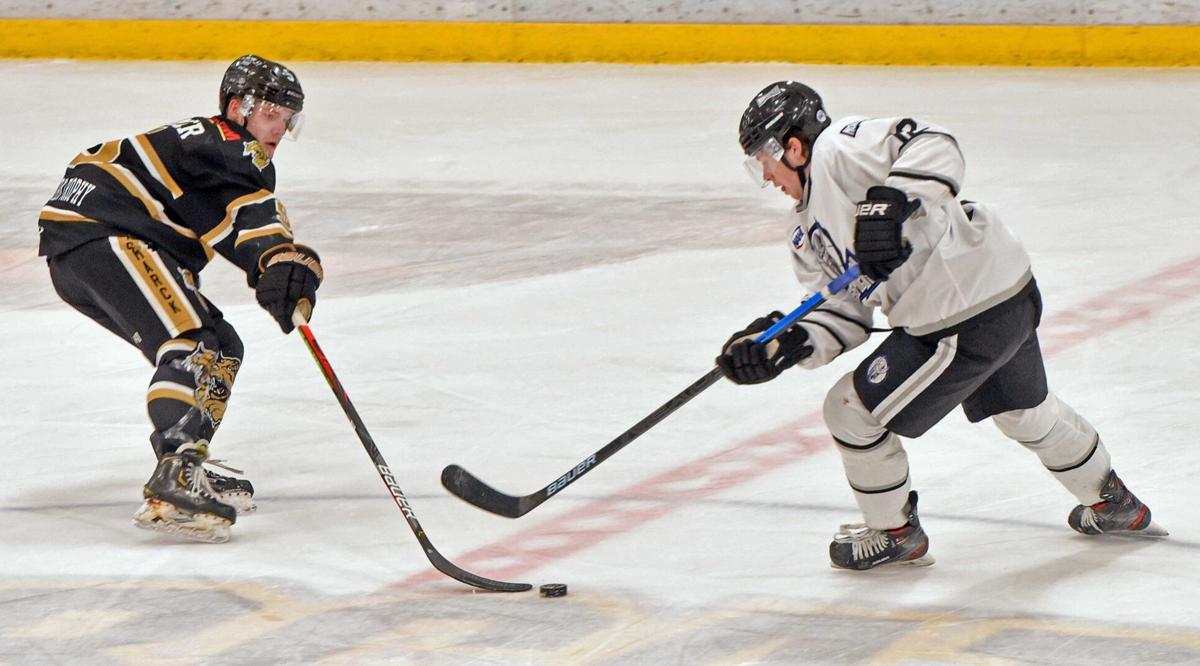 The third period has been all or nothing for the St. Cloud Norsemen and Bismarck Bobcats this season and Friday was no different.

That’s why Logan Kittleson’s tie-breaking goal with two minutes left in the second period was more than just the go-ahead goal. It was the game-winner as the Norsemen beat the Bobcats 4-2 in a North American Hockey League game at VFW Sports Center.

Given the two teams’ records when trailing after two periods, Logan’s goal was destined to be the game-winner. St. Cloud added an insurance goal but it didn’t need it as any chance the Bobcats had to pull out a tie or win disappeared with Jonathan Ziskie’s checking from behind penalty with two minutes left.

Kittleson didn’t know what his first game-winning goal and third goal overall meant at the time.

“I don’t look at those stats very often, I don’t know about them,” Kittleson said.

“It’s obvious both teams are pretty good,” St. Cloud coach Corey Millen said. “It’s hotly contested and we’ve played a lot of games against each other.

So many, it’s been almost like a playoff series. This was the fourth of five straight games between the two with the fifth game tomorrow in St. Cloud.

“It’s not perfect but the way things are it’s what we have to do,” Millen said. “Most games have been hotly contested.”

Bismarck took the first lead of the game on Luke Gramer’s power-play goal at 8:48 of the first period. With Blake Mesenburg in the box for high sticking, Gramer set up at the right point.

Thomas Bergsland fed Gramer whose shot on goal hit the blocker of goalie Paxton Geisel and bounded high over his head. The puck landed behind the goalie and trickled across the line.

The Bobcats were close to escaping the period with the lead, but the Norsemen beat the clock to tie it up.

The Bobcats had trouble clearing the puck late in the period and Nik Hong took the puck along the boards, turned and threw it on net. The shot avoided Bobcats goalie Ian Shane to tie the game at 1-1 with 4.8 seconds on the clock.

Each team managed just five shots on goal in the first 20 minutes but turned up the offense in the second.

St. Cloud moved in front when Cooper Gay corralled a long rebound and scored just 2:06 into the period. Bismarck tied it at 5:00 when Patrick Johnson scored his first goal of the season from the right circle.

Geisel stopped George Grannis on a breakaway with 5:30 to play and Chase Freiermuth hit the post for the Norsemen on their next rush up ice.

St. Cloud had several good opportunities down the stretch and with just 2:05 to play in the period, Brett Chorske and Brendan Kim broke in two on two with Kittleson trailing down the slot. Two passes later, Kittleson scored into an open net.

“We had a three on two and I knew no one was behind me," Kittleson said. "I called for Kim to drop it and he made a backward pass to Chorske and he tipped it back to me and I had a 100 percent open net. I had to bury it.”

Chase Freiermuth scored the last goal of the game at 18:46 on the power play.

Minnesota plays some of the top high school hockey in the country.