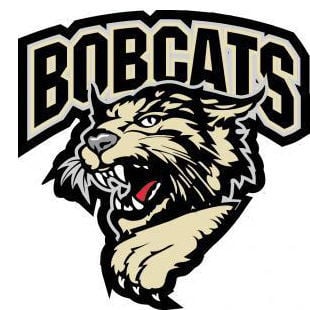 Layne Sedevie has always been about hockey. Except for that one time when he worked on a construction crew paving roads.

The Bismarck Bobcats head coach for the last 10 years, Sedevie was determined to not just make hockey a big part of his life, but to be successful in doing so.

You can say he has achieved those goals, even though the team he feels could have been one of his best had its season abruptly end due to the novel coronavirus (COVID-19) pandemic.

“You can say I think we had a realistic chance of winning the Central Division and Robertson Cup,” Sedevie said. “I think you can say that every year and you might be outlandish at times. But I think it was true for this group. Just the way we started to play at the right time of the year when we started to get healthy.”

Sedevie certainly has been around long enough to know a special team when he sees it. He was an assistant coach in 2010, the year Bismarck won a national junior hockey championship and head coach for many playoff runs since.

“The character of the team started to show through at the end of the year and those are the teams that have the most success,” Sedevie said. “It was on pace to be one of best records this program has ever seen. This group obviously had a great mix of everything and was destined to do great things.”

Many will do them at the NCAA Division I level. And that, in Sedevie’s opinion, is the most important thing he can do for players -- especially North Dakota players. Sixty-three North Dakota players have passed through the Bobcats ranks to college hockey.

“Winning’s great, that’s the competitive nature of being in sports,” Sedevie said. “To me, moving kids on is the number one goal of this program and this league. There’s a lot of kids with a lot of bright futures and a lot of hopes to play Division I and Division III, and that’s the best part about this organization.”

Since 2009, when Sedevie escaped a hot construction job for the ice arena in Bismarck, the Bobcats have had 126 college commitments with 74 headed to NCAA Division I teams. This year’s team had 12 such players.

“When you grow up around the game, it’s your life. It’s the only thing I know,” said Sedevie, who played for Bismarck High School and in the America West (precursor to the current North American Hockey League) and United States Hockey Leagues before a four-year career at Bemidji State. After graduation, he spent a year in the Central Hockey League.

“I went to school for a criminal justice major and dabbled in pro hockey before I started paving highways,” Sedevie said.

In 2009, his life changed when Bobcats head coach Byron Pool asked Sedevie to be his assistant.

The timing was perfect. The Bobcats won the Robertson Cup that season and Pool left for another job, opening the door for Sedevie. In his first year as head coach, the Bobcats won a franchise-record 45 games with a roster that included 12 North Dakota players.

“The championship I was part of in 09-10 was the top of the cake but when I look back, being here 10 years going on 11, the one thing that sticks out in my mind is giving those kids the opportunity to play from North Dakota,” Sedevie said. “As long as I’m here, I want to give those kids an opportunity.”

Sedevie has been part of the Bobcats for nearly half of the franchise’s life. And he remembers when the Bobcats came to Bismarck at nearly the same time as the Bulls and Express 23 years ago. The other teams stayed briefly while the Bobcats are now the second-oldest NAHL team.

“In my age group, one thing we wanted to do was play for the Bobcats,” Sedevie said. “One thing special about the Bobcats is how long this program has been around. Growing up here, to see the support of the hockey fans here for 23 years makes it special.

“Thom (team owner Thom Brigl) obviously has done a great job and quite frankly he’s one of the hardest-working guys I know. I don’t know if he ever stops working and that’s why this program is still around.”

And it still will be around this fall when the team comes back from the current health crisis.

The Bobcats have moved May camps to the end of July, just prior to the start of the regular training camp.

"We’re hoping we can get back to normal by then,” Sedevie said.

This is the second of a three-part series on the Bismarck Bobcats.

The Bismarck Bobcats' games against Minot on Friday and Saturday at VFW Sports Center have been postponed for COVID-19 related-reasons.