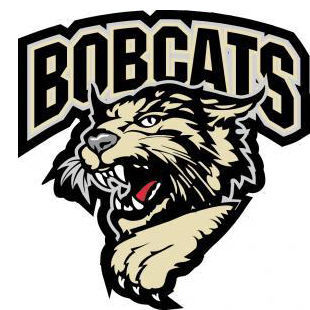 With heavy roster turnover looming, Layne Sedevie took a big step in the 2020 rebuild of the Bismarck Bobcats on Tuesday.

Armed with 10 picks, the team's head coach and general manager selected eight forwards and two defensemen in the NAHL draft with a heavy emphasis on experience.

"The way we looked at it was we needed some veteran guys with Junior hockey experience based on what we lost, and we felt like we needed to add some depth up front," Sedevie said. "Between the draft and the tenders, we feel like we've added a lot of talent. We're very pleased."

Before the pandemic wiped out the tail end of the regular season and the playoffs, the Bobcats were poised for a serious push. In the 26-team NAHL, only five teams had more points than the Bobcats' 72. Bismarck owned a sparkling 32-12-5-3 record when the season was halted and ultimately ended.

Sedevie, who has been on the Bobcats' bench since the 2009-10 season, said the latest version was teed up for big things.

"The '09-10 team won it all, their legacy is etched in history, but other than that I would say this is the second-best group that I've coached," Sedevie said. "Maybe even more importantly, it was a really fun group to coach, a lot of really quality kids. A group like that reminds you why you do what you do."

However, many of them likely are moving on, including top point-getters Will Hillman (43) and Grant Johnson (43), along with Adam Stacho (35), Austin Jouppi (34) Daniel Chladek (28) and Jacob Marti (25). Hillman was taken in the second round of the USHL draft in May by the Youngstown Phantoms.

"Those are some big holes there, but that's the nature of it," Sedevie said. "We've added talent and today we were able to bring in guys that have experience. Coming into the NAHL is difficult. There are no nights off. You do need guys that have been through it."

With their first-round pick, the Bobcats took Colby Seitz, a 6-foot-1, 172-pound forward. Seitz spent last season with the Buffalo Jr. Sabres of the Ontario Junior A Hockey League.

They went right back to the Canadian Junior A ranks with their second pick -- Nico Chmelevski -- of the Wenatchee Wild of the British Columbia Hockey League.

The only two defensemen selected will have a relatively short drive for their next Junior hockey stop. Thomas Bergsland and Jonathan Ziskie each played for the Fargo Force last season. It made for an interesting twist after the Force selected Bobcats goalie Andrew Miller with their first-round pick in the USHL draft in May. Miller turned in a strong campaign for the Bobcats in 2019-20, going 22-7 with a 2.29 goals-against-average.

"It was a bit of a two-way street, but I do have a great relationship with those guys," Sedevie said of his counterparts with the Force.

The Bobcats are not high and dry in goal. Ryan Ullan, the Bobcats' first pick in the 2019 draft, returns after posting a 2.31 GAA in 22 games last season.

The Bobcats added one other player with USHL chops, a familiar face at that, when they selected forward Ryan Taylor. The St. Louis, Mo., native lit the lamp 12 times during the 2018-19 season for the Bobcats to go with 20 assists.

It's not a certainty all 10 players will suit up for the Bobcats next season as offseason roster-building continues. Sedevie and his staff hope to get a look at some of the players this weekend at the team's Main Camp in Hudson, Wisc.

"With the quick turnaround I'm not sure how many guys will be able to book flights and be there, but we're excited to get to see as many players as we can to continue to build our team," he said.

Sedevie has logged plenty of miles this summer traveling from camps in Wisconsin back to North Dakota, but he was able to draft Tuesday in Bismarck.

The process of building the 2020 team is in full swing but thoughts of what-if continue to creep into his mind, although he is keeping things in perspective.

"I think it's going to sting for quite some time just not knowing what might have happened. You kind of think, well, with the way it ended, maybe it would have been better if we weren't very good," he joked. "But at the end of the day you just have to be thankful for that group of guys. They worked really hard and represented our organization in a great way."

As of now, the 2020-21 season is set to begin as scheduled with the annual NAHL Showcase in Blaine, Minn., in September.

"I think you'll see something in the next couple of weeks," Sedevie said. "I think we're kind of expecting something fairly close to normal. We're just going to continue what we're doing with our team and when we get the green light from the league we'll be ready to go."

Whatever the frustrations the Bismarck Bobcats experienced in their 2-5 start must have paled in comparison to what came next.

Bobcats skate to 5-1 win at Minot

For the second straight week, a Bismarck Bobcats player has signed a letter of intent to attend a Division I hockey school. Jonathan Ziskie, …