Building NAHL roster during pandemic 'not normal' for Sedevie, Bismarck
Share this
{{featured_button_text}}
1 of 2 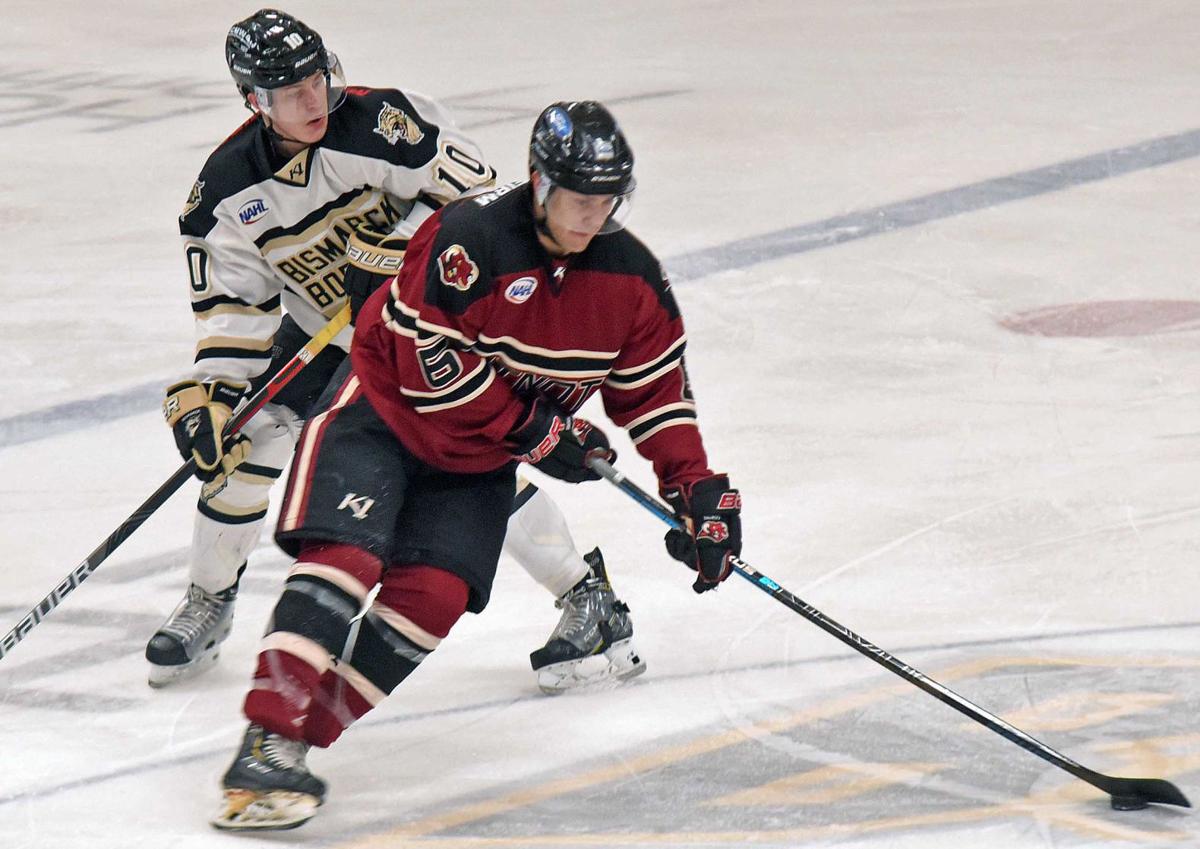 Austin Schwartz, left, is the captain for the Bismarck Bobcats this season. The Bobcats open the NAHL season tonight in Minot against the Minotauros. 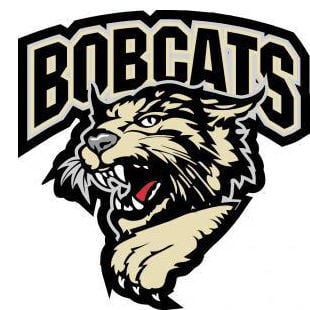 Getting to games for the new NAHL season was anything but normal for the Bismarck Bobcats.

Building a junior hockey roster during a pandemic came with unique challenges. But the pieces are in place as the Bobcats open the season tonight in Minot against the Minotauros.

“It definitely complicated things, no question. We’re trying to do the best we can with all the new protocols,” Bobcats coach and general manager Layne Sedevie said. “It’s not normal, but it’ll be all worth it when we lace up the skates tomorrow night.”

Only five of 26 teams in the NAHL had more points than the Bobcats’ 72 when play was suspended and eventually canceled last April. The roster turned over significantly, but key players return to go with a promising batch of newcomers.

The majority of familiar names are up in front, topped by second-year star forward Lars Rodne. The high-scoring Norwegian netted 20 goals last season and had 37 points in 43 games.

“We have some nice returners up front and some new guys that are definitely going to help us,” Sedevie said.

Despite having just one returning defenseman, Sedevie said the team’s strength will be on the blue line.

Dawson Klein, the lone returner, will serve as an assistant captain along with John Gormley, who was selected in one of two NAHL dispersal drafts. Gormley played for the Topeka Pilots last season.

Jonathan Ziskie and Thomas Bergsland were summer acquisitions from the Fargo Force. Mix in St. Cloud State commit Chase Beacom, Will Magnuson and Jeff Hutchinson and competition for ice time will be intense.

“Our staff did a tremendous job with our D-corps this year,” Sedevie said. “We have a lot of really good players back there.”

It will be quite a site, and hard to miss, who is behind the blue-liners. Goalie Noah Altman, who stands a whopping 6-foot-9, is from Los Angeles. He played for the Wenatchee Wild of the British Columbia Hockey League last season. Getting over the Canadian border proved problematic, so Sedevie pounced.

Tommy Aitken, six inches shorter and out of Massachusetts, also will get his shot.

The Bobcats and Minotauros start with a pair of 7:35 p.m. starts, tonight and Saturday. The home opener at VFW Sports Center is Oct. 17 against Aberdeen. Plans for tickets and seating are expected to be announced next week.

First things first, and that’s a pair against a quality Minot club.

“They have nine or 10 players back. They looked pretty good in Watford City,” Sedevie said. “It’s a good way to start. We’re excited to get up there and get started.”

Austin Schwartz, left, is the captain for the Bismarck Bobcats this season. The Bobcats open the NAHL season tonight in Minot against the Minotauros.