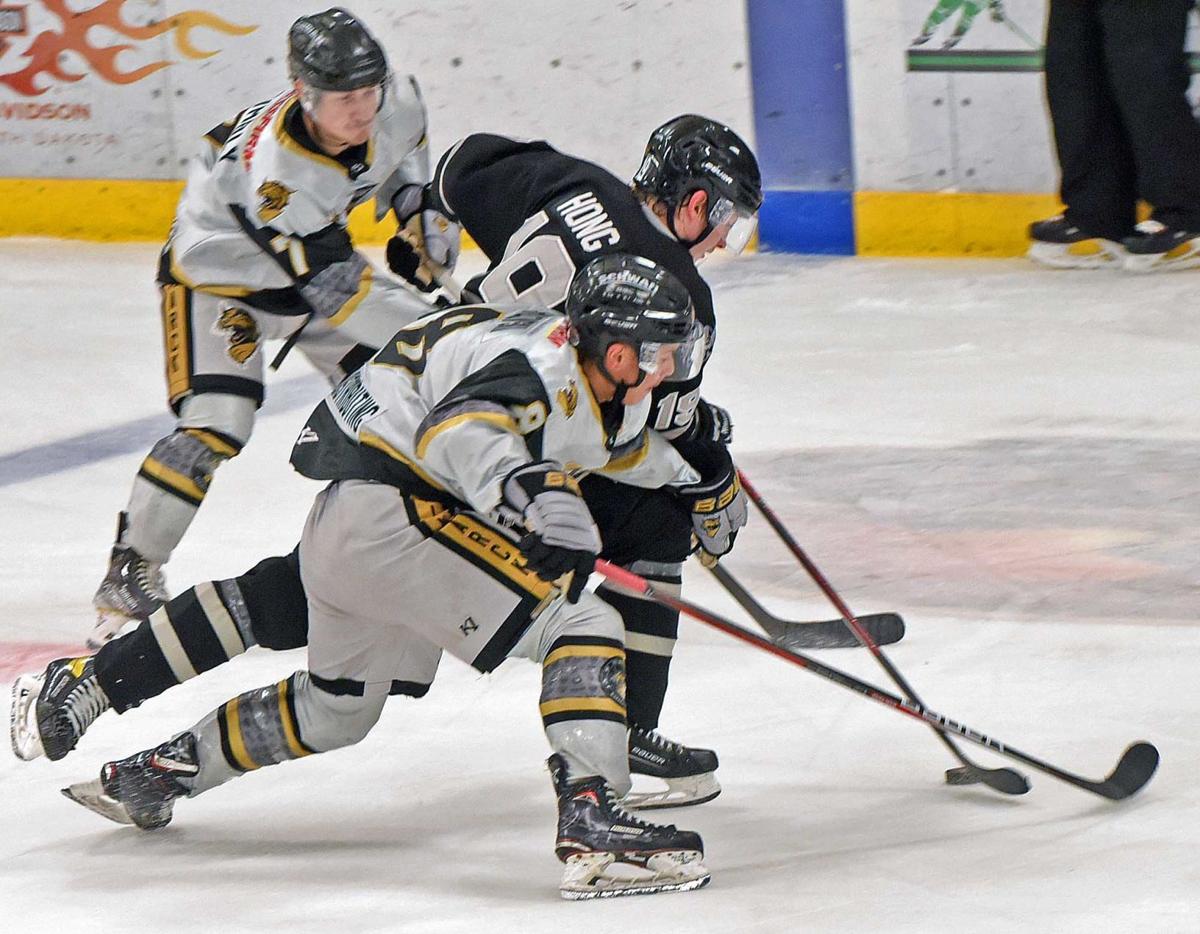 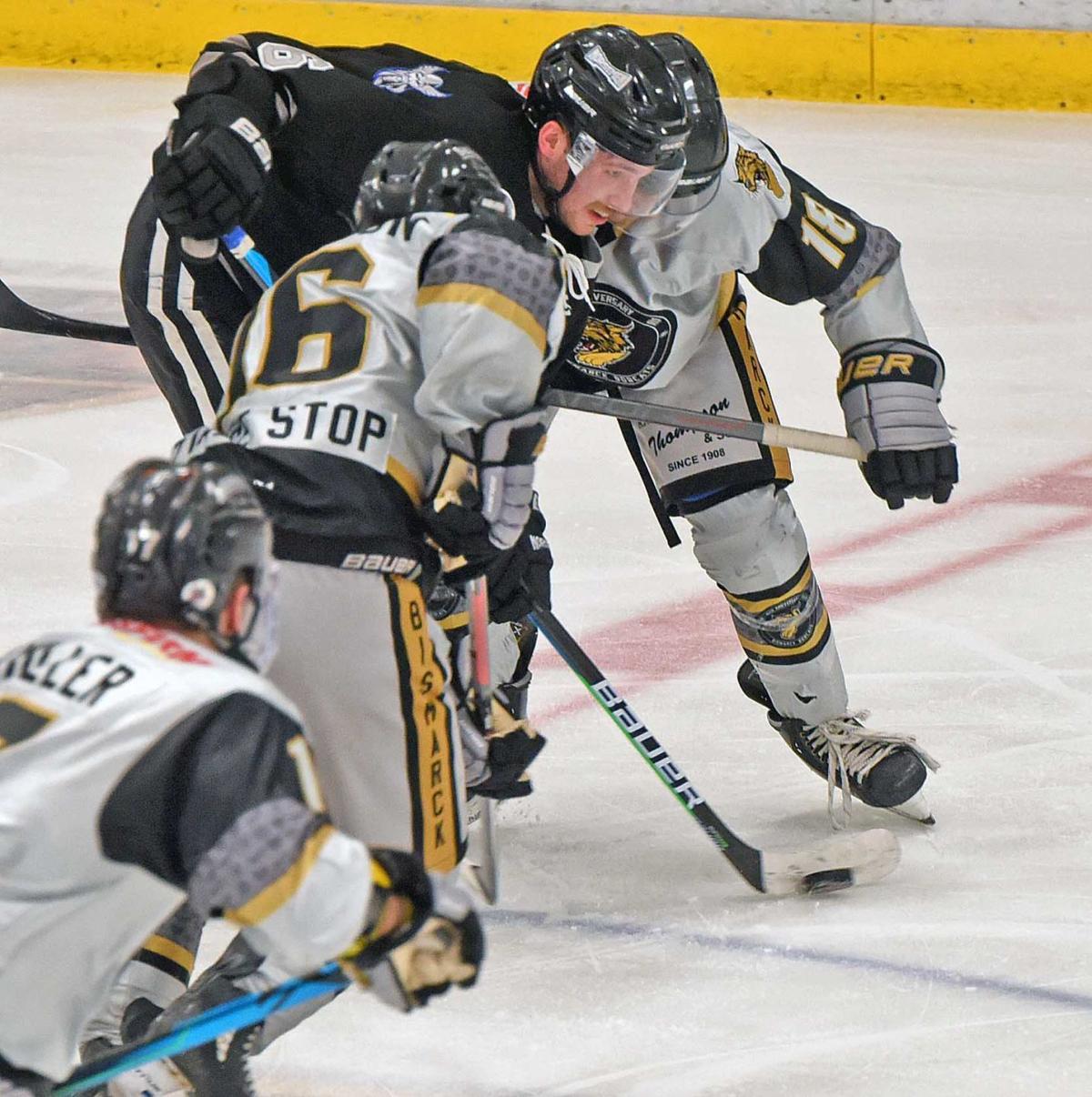 A big second period and a strong effort by Ben Behrens in goal helped the Bismarck Bobcats get the weekend off to a strong start.

The Bobcats scored three goals in the middle period and Behrens made some big stops in shutting down the St. Cloud Norseman in a 5-2 victory on Friday night in the opening game of a two-game NAHL series at the VFW Sports Center.

After a scoreless first period, the Bobcats got a break and got on the board early in the second period.

With the Norsemen caught making a line change, Calvin Hanson pounced on a turnover near center ice and scored on a breakaway for a 1-0 lead just 90 seconds into the period. The unassisted tally was Hanson’s fifth of the season.

Just 2:29 later, Bismarck grabbed a two-goal lead when Nico Chmelevski notched his third of the season, assisted by Drew Holt and Trevor Mitchell.

In between the two goals, the Bobcats successfully killed off a Norseman power play opportunity.

“There was maybe some timely scoring to start the game but I thought our first period was good,” Bobcats coach and general manager Layne Sedevie said. “It’s probably as close as we’ve come to playing 60 minutes all year long.”

St. Cloud halted the momentum briefly when Nik Hong put the puck in the top corner past Behrens’ glove side for his third of the season at 6:15.

But the Bobcats regained a two-goal edge 2:58 later as Jon Ziskie scored his third of the season off assists from Hanson and Quinn Rudrud.

“I thought that was a good answer, too,” Sedevie said. “They get one back, a momentum killer. I thought we kind of had them reeling maybe a little bit but they answer it and I thought it was a big answer from us to get that next one … you’re at home, you create that separation again, you feel pretty good about yourself going into the third period.”

Behrens, making his third start for the Bobcats, picked up his first win with the team stopping 24 shots.

“He didn’t give up a bad goal. And I thought we defended well tonight too.”

Bismarck added two goals in the third period to push their lead to 5-1.

Paul Huglen notched his third of the year at 1:57 off an assist from Quinn Rudrud.

At 9:30, Patrick Johnson scored with the man advantage, with assists going to Ben Troumbly and Adam Pietila. It was the fifth of the season for Johnson.

The Norsemen got a shorthanded goal from Hunter Hanson at 18:24.

“I don’t feel like we’ve actually been bad at scoring goals. You just can’t win games when you give up four or five a night,” Sedevie said. “We give up one late and it stings a little bit but you know when you give up one, you only need two to win. You give up two there and that’s a good number. Three or less, that’s what our goal is that we’re trying to get to and it was nice to have that tonight.”

The two teams face off again on Saturday night at 7:15 p.m. with the Bobcats looking for a weekend sweep.

“We need every point we can right now and you’ve got to start somewhere. It’s nice to get two and the only way you can get four is if you get the first two,” Sedevie said.

Quinn Rudrud is used to the ebbs and flows of junior hockey.