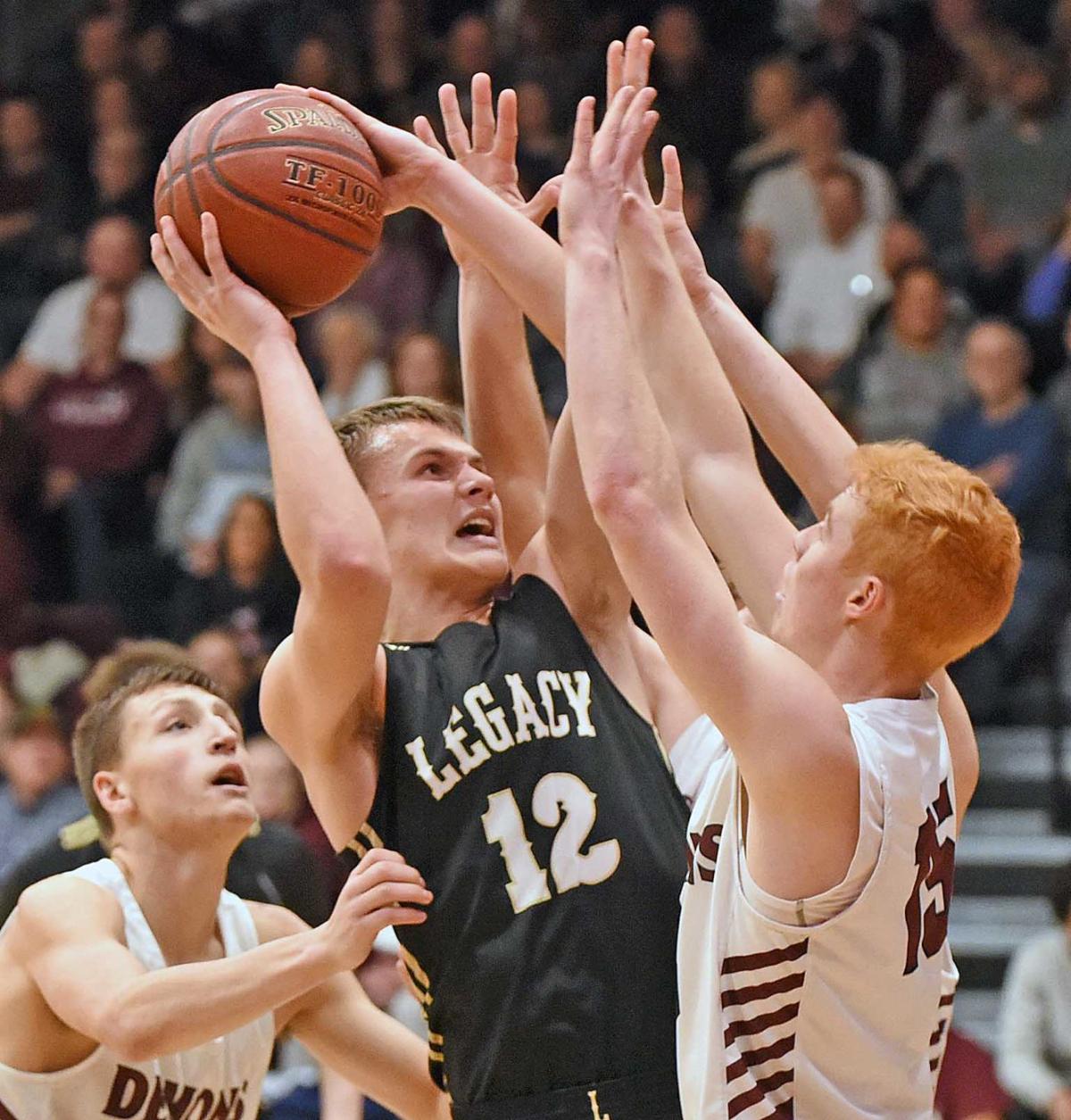 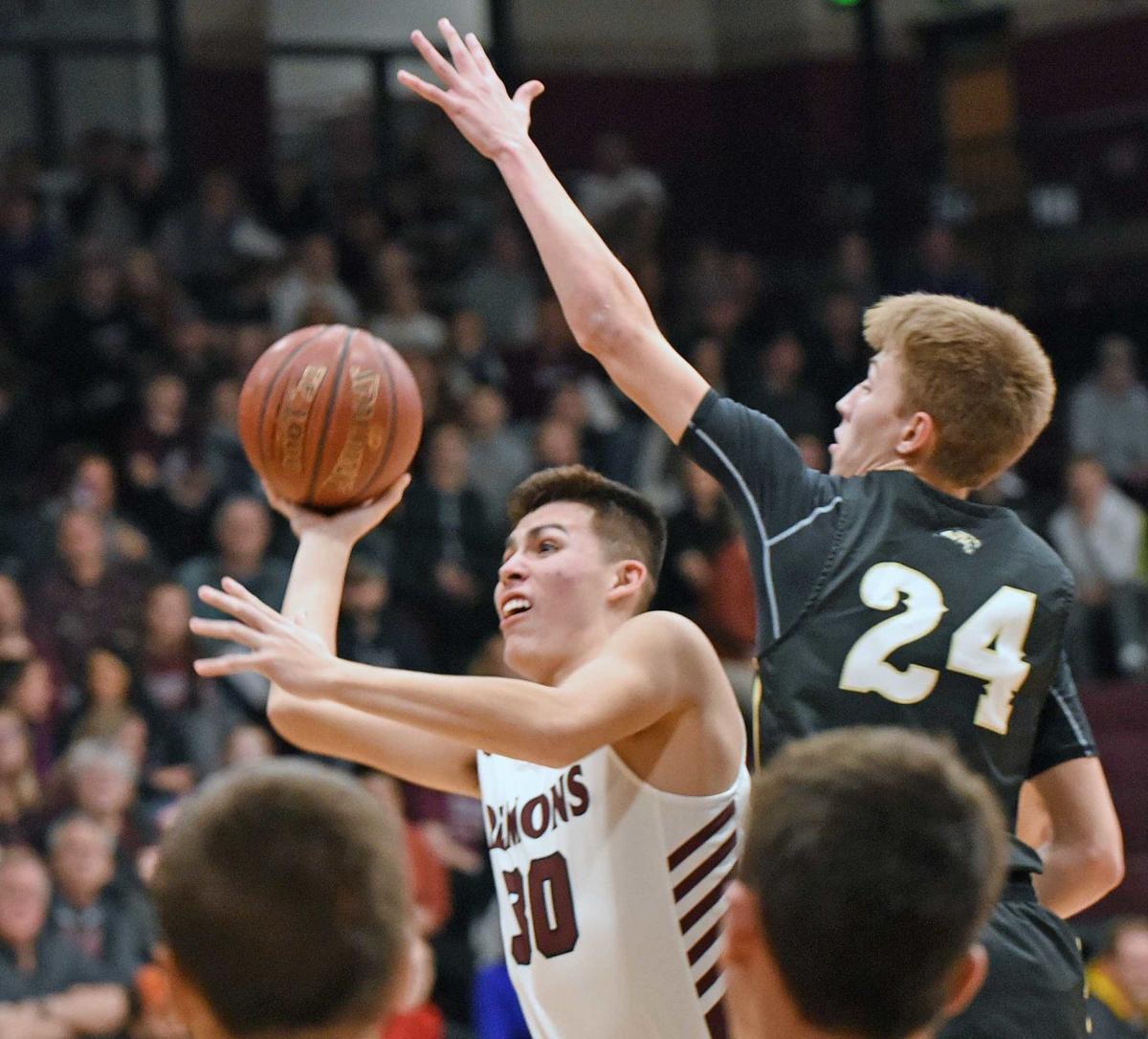 Legacy didn’t wilt under the pressure of Bismarck High’s defense on Tuesday.

Instead, the Sabers turned up the heat and left the Karlgaard Gym with a 66-59 West Region boys’ basketball win over the Demons.

In his third game back after an injury, Legacy’s Rhett Clements scored 13 points to lead Legacy. But it was more than just one player that made the difference.

It was an entire team effort that held the West Region’s top scoring squad 30 points below its average.

“We prepped for three days to switch defenses on them just to keep them off guard but we didn’t play anything but man against a team scoring in the 80s and can fill it up in a hurry,” Legacy coach Jason Horner said. “I was just so proud of the defensive effort.”

“Legacy did a nice job of handling the pressure and a lot of those turnovers ended up going out of bounds where we didn’t have an opportunity coming down in transition,” Bismarck coach Jordan Wilhelm said. “Hats off to Legacy. They slowed us up, took care of the basketball and made big timely shots."

“You talk about their trap and their press. We told the kids that none of that matters,” Horner said. “What I was most worried about was guarding, contesting and rebounding. Everybody stepped up at different spots.”

Zander Albers stepped up in the first half. The sophomore forward scored nine of his 11 points in the opening 18 minutes and hit a big shot down the stretch as Bismarck made a late run. Sophomore forward Logan Wetzel made all nine of his points on three 3-pointers in the second half and junior guard Ben Patton scored eight points in a minute after the Demons cut the deficit to 51-47 with 5:02 to play.

“When you key on one player, we need other guys to step up,” Horner said.

A combination of Legacy turnovers or poor Bismarck shooting left neither team in command at halftime. Legacy led 29-25 at the break despite turning the ball over 14 times.

“When you haven’t seen that style yet and the game goes on, you hope our guys get comfortable with it,” Horner said. “We did better in the second half."

The Demons’ high-risk, high-octane offense turned in one of its lowest scoring halves of the season. They made just 9 of 36 shots from the floor. They were just 2-for-12 from 3-point range, and in a 10-minute stretch made just 3 of 26 attempts.

“We had a hard time getting into our rhythm offensive,” Wilhelm said. “Part of that is because they made us play half-court style, which is what teams are going to want to do to us.”

Legacy extended the lead to 59-49 on Patton’s second 3-pointer with 3:20 to play. The Demons closed the gap but never made it a one-possession game.