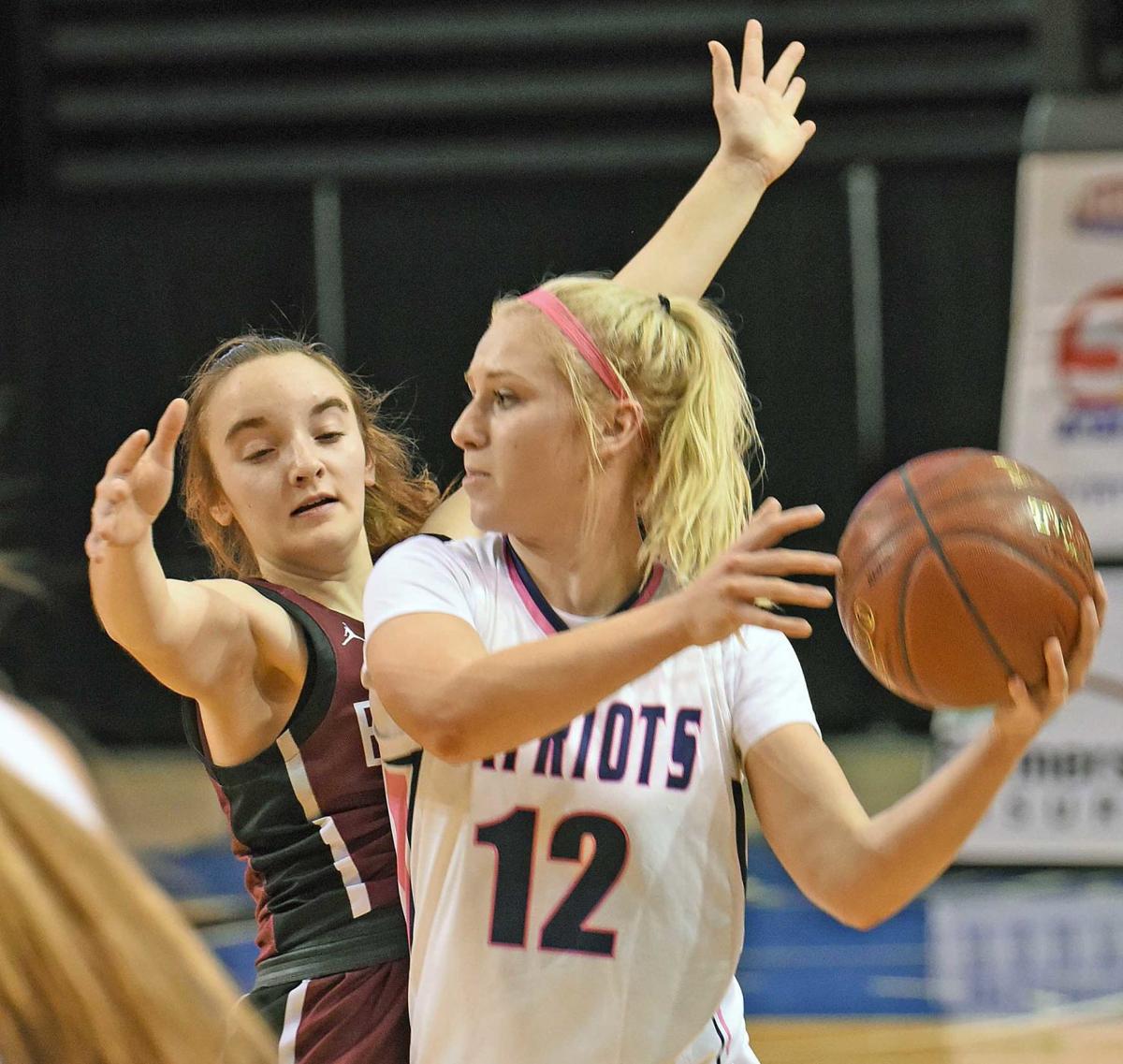 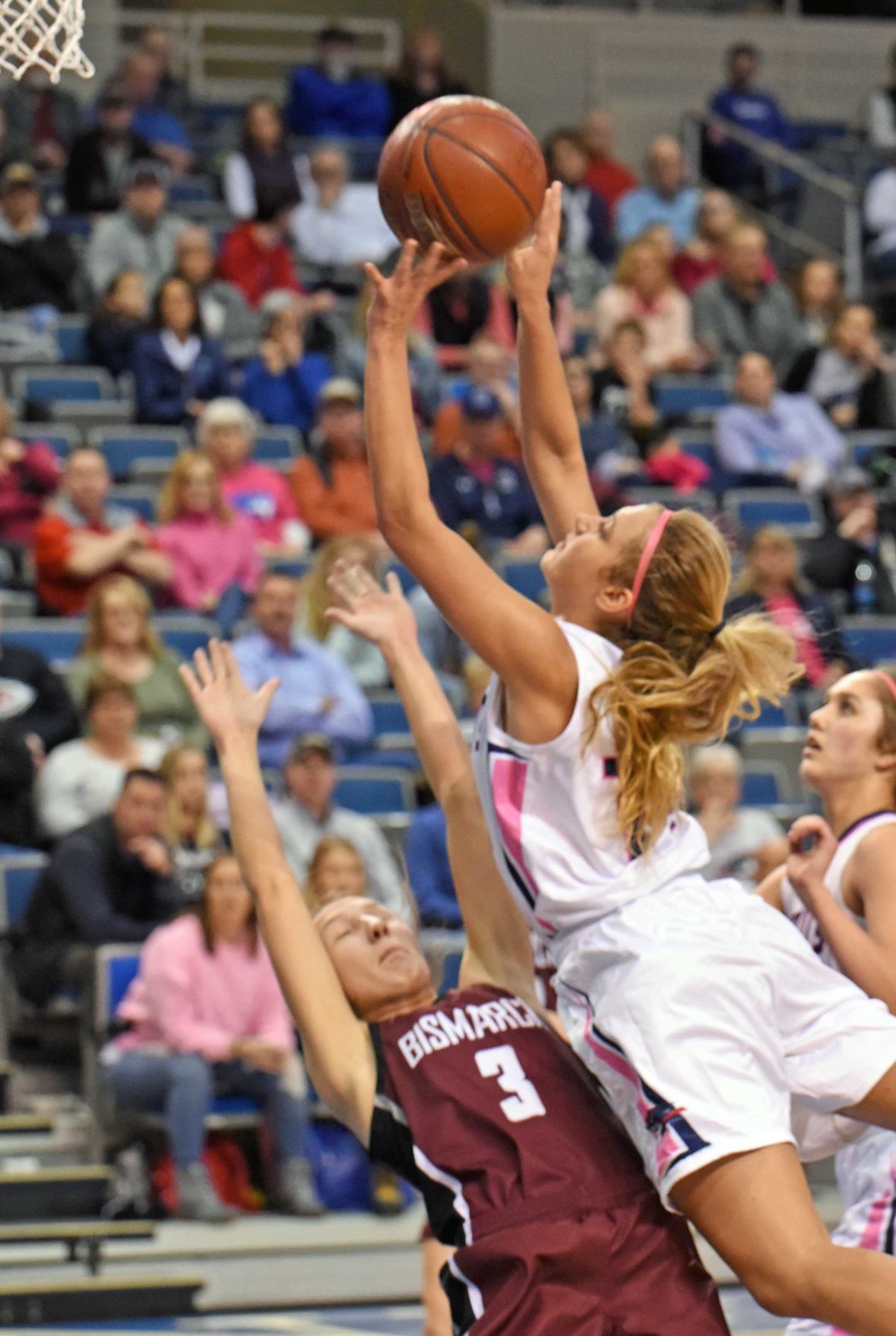 Jocelyn Julson scored 11 of her 18 points in the second half, helping the Century Patriots to a 76-57 West Region girls’ basketball win over Bismarck High on Saturday.

Julia Fitterer netted nine of her 15 points and Ashton Kinnebrew had nine of her 14 points in the second half as the third-ranked Patriots pulled away down the stretch at the Bismarck Event Center.

Century let an early lead slip away late in the first half and spent the first eight minutes of the second half exchanging the lead with the Demons. Julson’s 3-pointer with 14:22 to play gave Century a 43-41 lead.

Jilee Golus’ fourth 3-pointer with 10:48 remaining pulled Bismarck within 49-48. Golus finished with a game-high 21 points but collectively the Demons missed 10 of their next 11 shots and turned the ball over five times during a 22-6 Century run.

Five different players scored points for Century, including freshman Logan Nissley, the team’s leading scorer, who notched all eight of her points in the run.

“We’re a really good team when we get the ball moving and we don’t just keep it on one side. I think that’s what happened,” Julson said. “We go downhill when we rely on one person to do everything.”

The Patriots controlled the Demons’ pressure for most of the first half. That, and an early barrage of 3-pointers, staked the third-ranked Patriots to an eight-point lead with four minutes before the break.

But the Demons forced three straight turnovers while scoring 11 straight points to take their first lead of the game at 31-30 on Cadee Ryckman’s jumper. Mandie Picard added two free throws before Julson ended Century’s three-minute scoring drought with her team’s fifth 3-pointer of the half with 1:02 to play

Elle Hill broke the 33-all tie with a traditional three-point play to give the Demons the lead at the break.

Ella Fridley’s 3-pointer 45 seconds into the half tied the game and Kinnebrew’s three-point play with 15:48 left gave Century a 39-38 lead.

Golus and Julson exchanged 3-pointers. Julson’s put the Patriots up for good.

Century followed Golus’ 3-pointer that made it a 49-48 game with 12 straight points.

“We got pretty stagnant offensively,” Bismarck coach Bill Shetler said. “When you don’t make shots, your defense lags a little bit. It’s hard to sprint to where you need to be on defense when you’ve missed your last two, three, four or five shots. Then you watch them make shots.

“I’m still proud of the way we played. It was a battle and not a 20-whatever-point game until the end.”

It was Century’s second win over the Demons at the Event Center this season. It won the first game 53-49 two weeks ago.