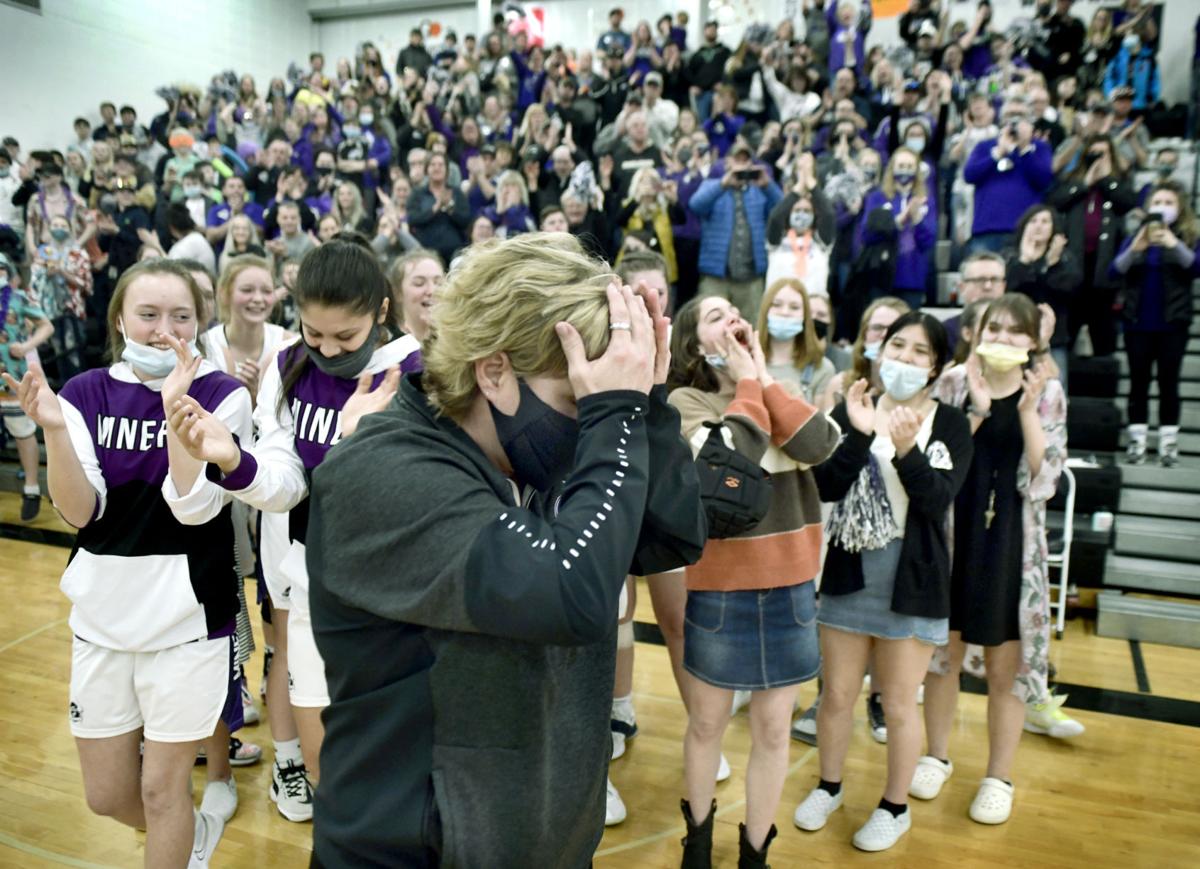 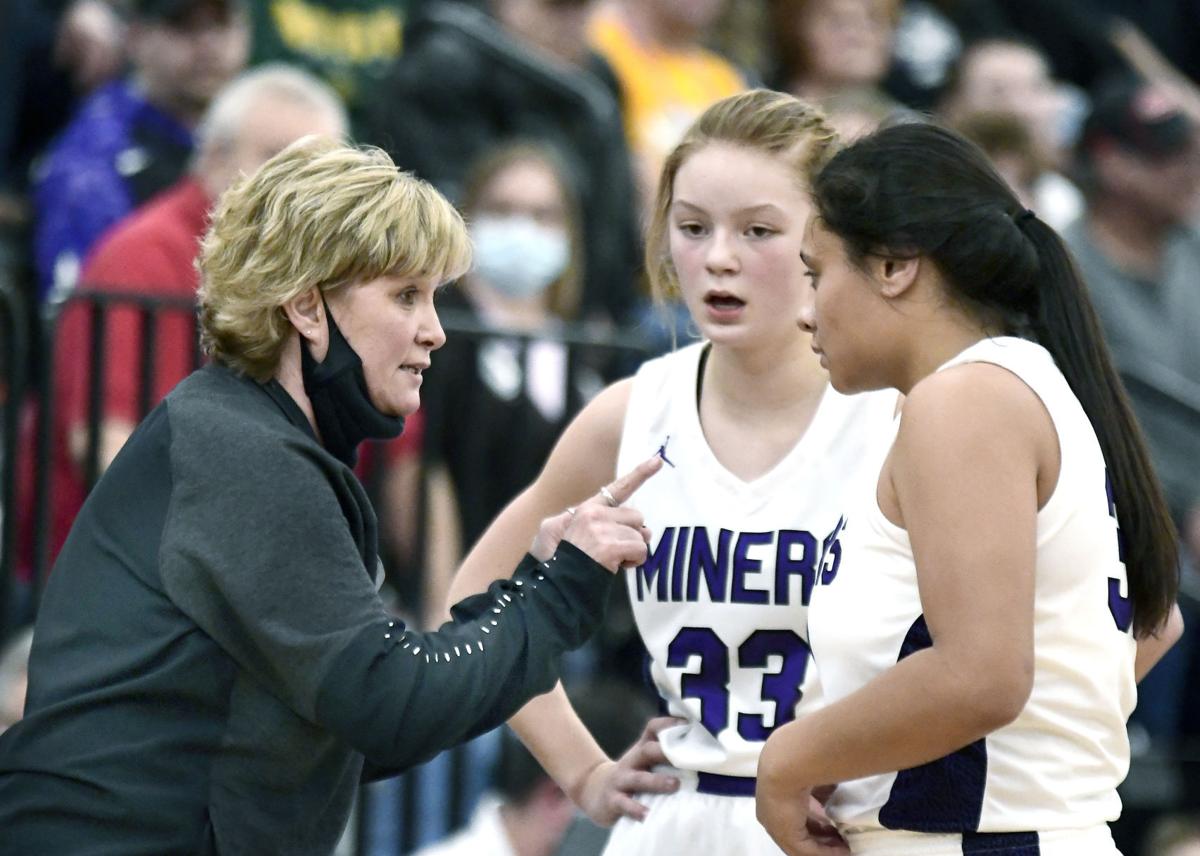 That night, the Miners qualified for the state Class B girls’ basketball tournament with a win over Center-Stanton in the Region 5 championship game. But the celebration was tempered by the absence of one of their biggest fans.

Hours before tipoff of the region championship game, Jenkins got the call that no one wants to receive informing her that her brother, Dave, had died unexpectedly that morning. His death came less than two months after Jenkins’ mother, Carol, had passed away.

“On the day of the championship game, my cousin and aunt found him. They figured he had a blood clot,” said Jenkins, whose team takes on unbeaten Kenmare today at the state Class B tournament in Minot. It will be the Miners’ first appearance since their only other trip in 1977.

Jenkins said she was able to see her brother that afternoon and her players came to her house later that day for an “emotional” gathering before Jenkins turned her attention to the game her 56-year-old brother had been looking forward to.

“He was so excited for us. He was the girls’ biggest fan,” Jenkins said. “He would have wanted me to coach in it. There never was a question whether or not I was going to coach in that game. It was probably the most focused I had ever been. It was a bad morning and a really great night.”

Many of Jenkins’ family members and she estimates 20-25 coworkers from Horizon Middle School in Bismarck, were at the championship game, a 44-30 win over Center-Stanton.

Turning her attention briefly to the basketball court was a distraction Jenkins said she needed.

“It was the place I needed to be and that my family needed to be,” Jenkins said. “I’m relieved I had that night.”

A night like that had happened only one other time, under the direction of Craig Thompson, who also coached then-Lisa Herner at Wilton and who is originally from Kenmare. The Honkers enter this year’s tournament 24-0 and the third seed.

“I think it’s a good draw for us. I think we match up better with them than some other team,” Jenkins said. “I like the draw, but it really doesn’t matter.”

“He’s still like a father to me and has been my whole life and he was a very good friend to my brother,” Jenkins said of Thompson. “He drove down (Saturday) and that was a very emotional thing. He’s flying high and so proud of our program.”

The Miners won their first 15 games but found out a lot about themselves in back-to-back losses to Kidder County and Linton-HMB.

“We played horrible in every aspect of the game against Kidder County, plus they’re a nice team. When we went down to Linton and lost 73-68, that kicked it in for us and we realized we are a top 10 team. We figured it out that game,” Jenkins said. “I liked our chances (last summer) but as we know, getting to the state tournament in Class B is not easy. Quite honestly, we peaked at the right time.”

A suffocating defense has led the Miners’ march through the postseason. They have held every opponent to 34 or fewer points since the semifinals of the District 10 tournament, including Center-Stanton, who scored 53 in a loss to the Miners in the district title game but totaled 30 in the Region 5 final.

Wilton-Wing’s three region opponents scored 25, 34 and 30 points. On the other hand, it needed a good defensive effort as it struggled offensively. The Miners are averaging 57 points a game but their best output in regionals was 52 against Standing Rock. That was followed by 46 and 44 points.

“We didn’t have a great offensive output at regionals,” Jenkins said. “We didn’t execute well. We preach (defense) every day. You’ll have bad night offensively, but defense is something you have more control over. Realistically, defense won the Region 5 tournament for us.”

Offensively the Miners have leaned heavily on sophomore Hailey Quam. Despite a nagging non-basketball injury throughout the season, Quam has averaged 27 points and 14 rebounds. She has shot 55% from the field.

“At times she has played with a pain level of 12,” Jenkins said.

Quam has carried much, but not all, of the load this season. Sophomore Kalyssa Schock averages 13 points, seven rebounds and three assists and senior Kiara Johnson averages 11 points, assists and three steals. Junior Kesley Backman chips in eight points and eight rebounds.

Intangibles can be important come tournament time, even those you would rather not take with you. In this case, Jenkins and the Miners will take the memory of Dave Herner with them to Minot.

“We all love basketball and my family is extremely supportive,” Jenkins said. “We’ve just rallied around each other and that’s pretty neat.”

Kaity Hove, Reile Payne and Cobe Begger from Bismarck State College have been named to the All-Mon-Dak Conference basketball team.

The last time Dale Lennon dipped into the University of Sioux Falls to hire a coach it turned up aces.

BSC's Haggin takes being busy to the extreme ... and she likes it

Thai Haggin prefers to be busy. The last several months, however, have been downright hectic.

Mr. Basketball winner Jesse White of White Shield is one of six players named to the Class B boys basketball all-state team, announced on Thursday.

Few in the state could fill it up like Nick Kupfer and Treysen Eaglestaff.

Edgeley-Kulm-Montpelier, Kindred to play for Class B boys title

Edgeley-Kulm-Montpelier and Kindred will play for the state Class B boys basketball championship tonight in Minot.