Become a Member
Read Today's E-edition
Share This
Eaglestaff's epic game lifts No. 2 Bismarck over No. 1 Century
0 Comments
Share this 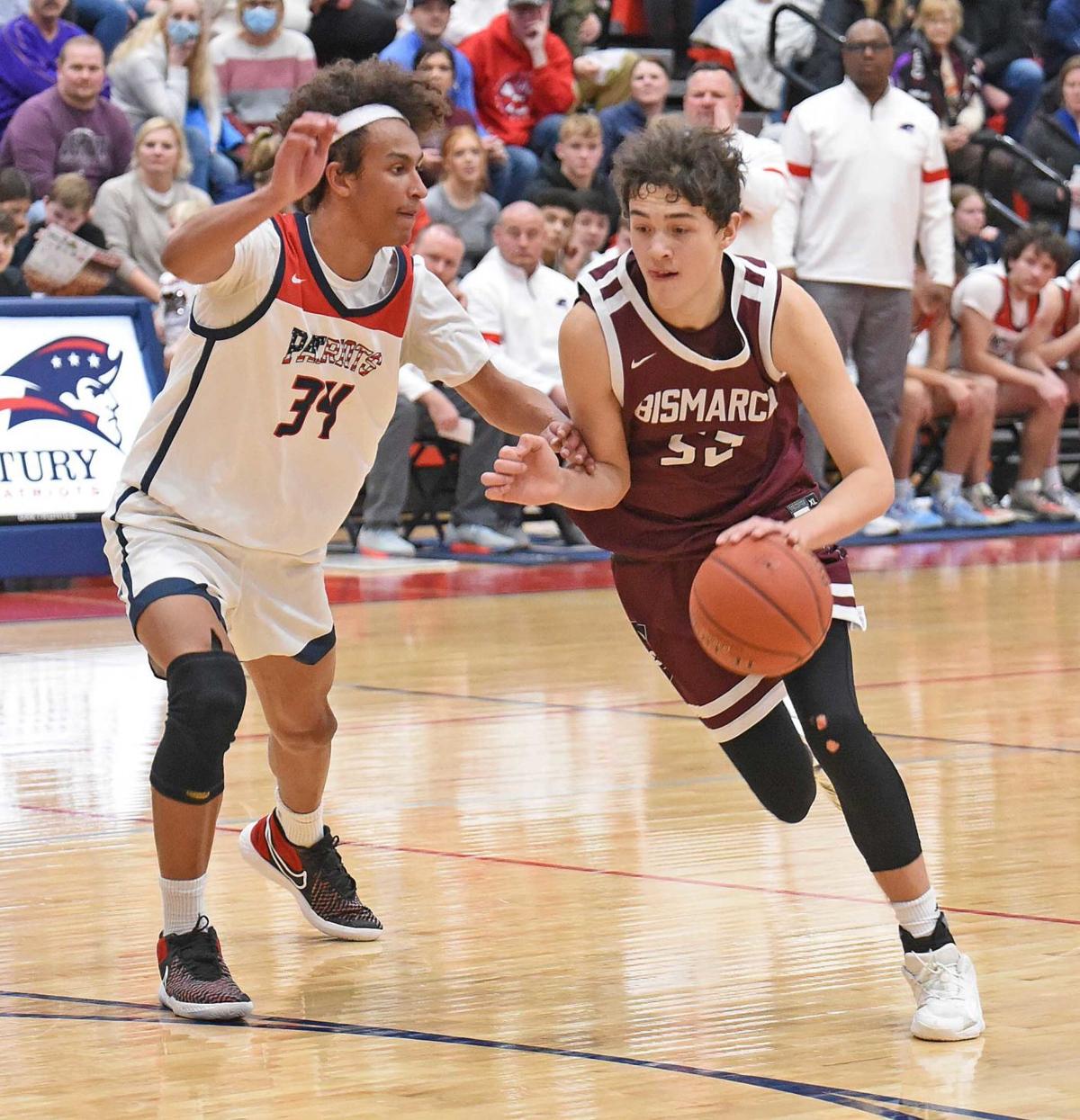 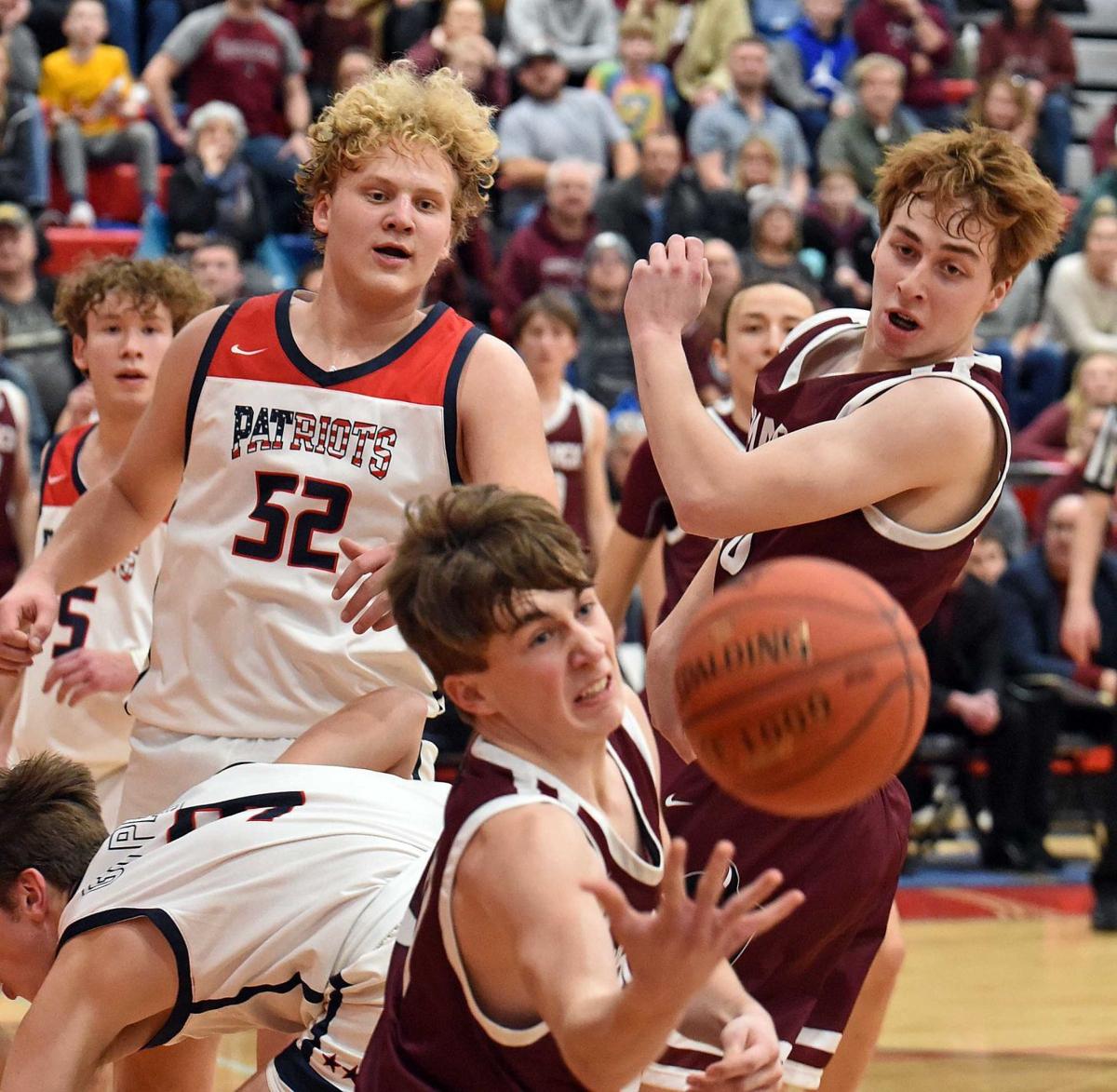 With a school scoring record for the second time this season behind him, Bismarck High’s Treysen Eaglestaff left no doubt on Tuesday as to his status as the top high school player basketball player in the state.

He and the second-ranked and unbeaten Demons cast some doubt as to who the best team in the state is by beating top-ranked Century in a game that will go down as a classic 106-103 on the Patriots’ home court.

Cole Jahner added a free throw with 8.2 seconds remaining, but the Patriots only managed a long 3-point attempt as time ran out on their first loss of the season.

It was a typical BHS game. Lots of bodies, lots of fouls, lots of points and lots of free throws. Century made 31 of 42 free throws while the Demons went 14-for-20.

“With us, even if you’re up by 40, you still put your foot on the pedal and go a hundred miles an hour and don’t stop,” said Eaglestaff, who scored 23 points in the first 12 minutes to carry the Demons to a 43-20 lead with 8:10 left in the first half. “We kind of let off a little bit the last half. At halftime, (head coach Jordan Wilhelm) said just keep going.”

It was all Eaglestaff and Bismarck High early on and all Century in the latter part of the first half. Eaglestaff scored 17 straight points for BHS and the Demons found themselves up by 23 points. The Demons hit 16 of their first 22 shots of the game. Of those, eight were 3-pointers.

Century was down, but not out.

“There aren’t many games where you can take that kind of lead and the other team makes a run,” Wilhelm said. “But we told our guys that they are the number one team in North Dakota for a reason and they were going to respond. Taking an early lead like that, you know it’s not going to last.”

Isaiah Schafer, who was one of three Century players with more than 20 points, took charge of the Patriots’ offense and over the next seven minutes netted 13 of his 27 points, including three straight 3-pointers. Post Ryan Erikson added 10 of his 28 points and the CHS deficit began to evaporate.

The Patriots scored on 15 of their last 19 possessions of the half. They scored the last six of the half to pull within 56-51. Eaglestaff did not score in the last 5:40 and the Demons went just 4-for-10 with four turnovers.

Still needing a spark, Century got one early in the second half from Anthony Doppler, who had nine of his 22 points in the first five minutes. A 3-pointer and three-point play by Schafer tied it at 66 with 14:12 to play. The game went back and forth the rest of the way.

The Patriots fell seven points back on Eaglestaff’s first breakaway slam and a driving layup. But they kept creeping back, helped by a steady march to the free throw line. They were in the bonus with 14 minutes left, while the Demons attempted only three free throws in the first 15 minutes of the half.

“We were down late in the ball game where a lot of teams get nervous in those situations, I think our guys are starting to buy in and believe in one another,” Wilhelm said. “They believe in the system. We know late in the game we have guys who can step up and make shots.”

Erikson’s play inside on both ends was pivotal in Century getting a lead or staying within a basket down the stretch. He had 11 points, eight of them on second-chance opportunities in the closing minutes. His basket with 5:30 to play gave Century its first lead since 1-0 at 86-85.

Eaglestaff answered for the Demons with the first of eight lead changes in the last 4:50.

Schafer drained a pair of free throws to give CHS its last lead, 102-101 with 56 seconds left.

Eaglestaff then missed a 3-pointer but grabbed his own rebound and fed Ethan Stotz for the final go-ahead basket.

Century then turned the ball over and Eaglestaff took it in for an exclamation point slam.

Eaglestaff only returned to practice from an ankle injury on Monday and kept the ankle loose Tuesday by taking 500 shots earlier in the day.

“I went up to Isaiah Schafer at half and he said 'this game is so fun', he loves this,” Eaglestaff said.

Schafer had five of the Patriots’ 10 3-pointers, while Eaglestaff drained eight for BHS.

“We’ve been in four tight ball games in our first six that came down to the last couple possessions and two of them came without Treysen,” Wilhelm said. “We’re thankful he was on the court tonight.”