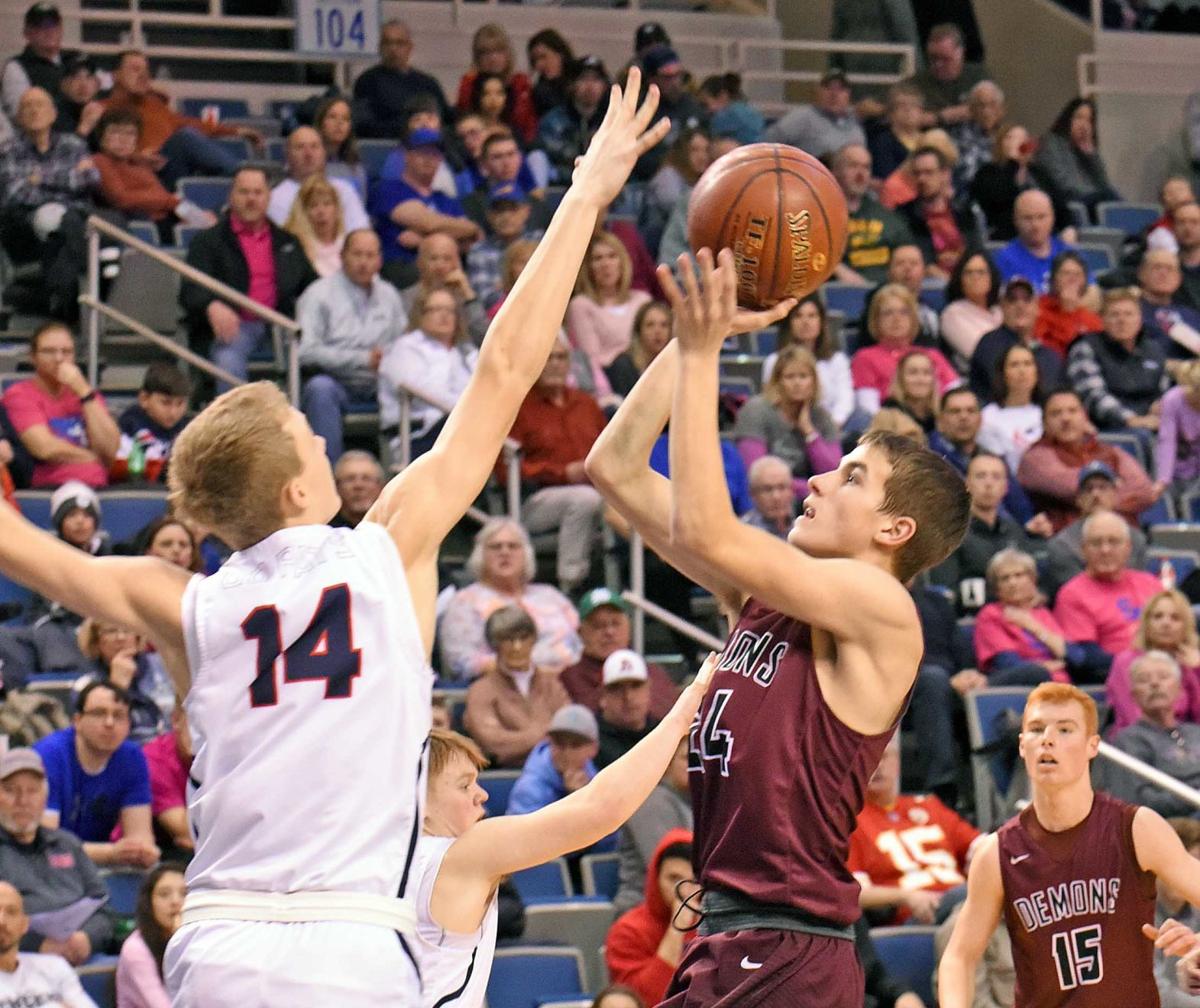 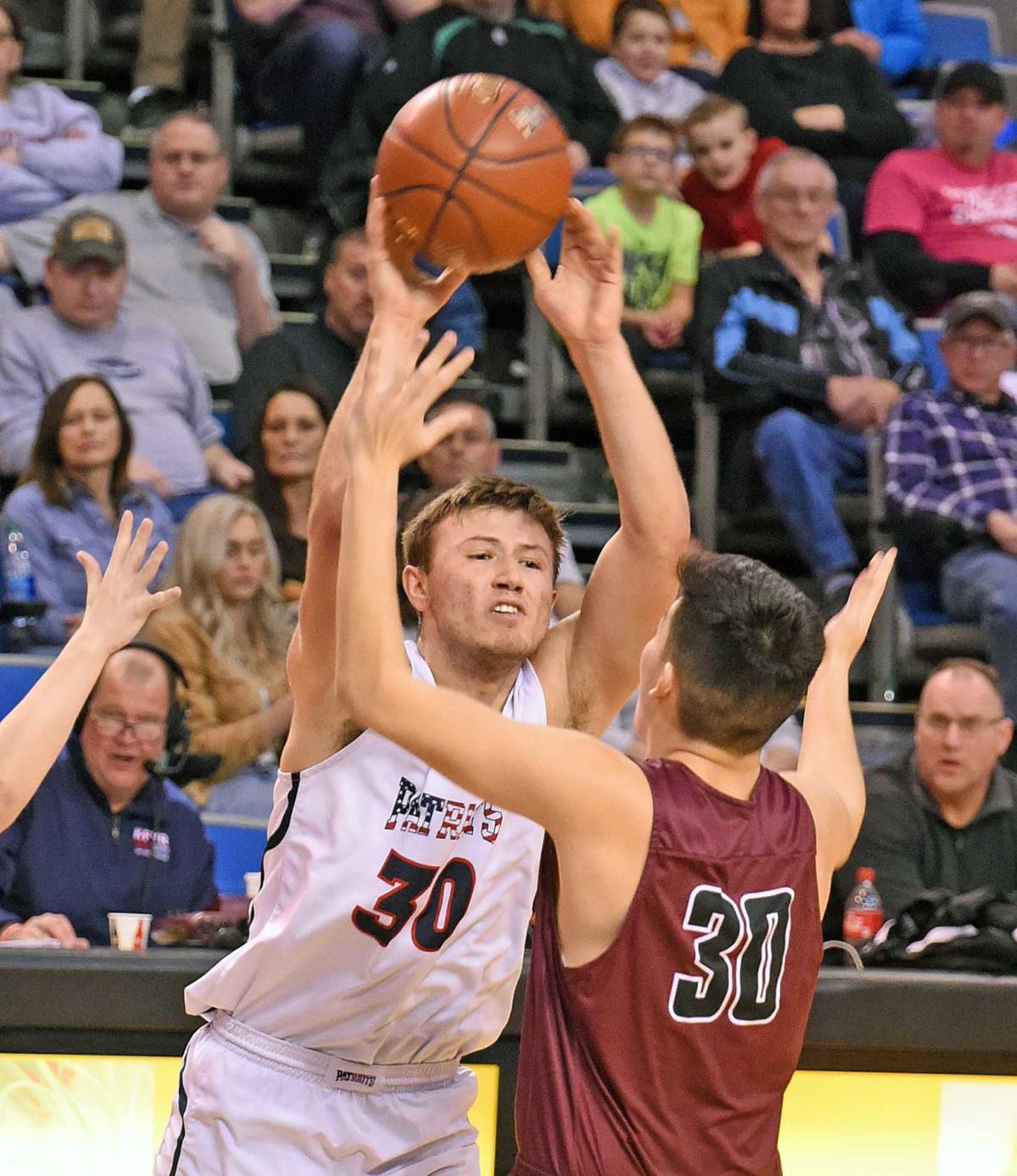 Bismarck took the court at the Bismarck Event Center on Saturday wanting to prove something.

After the Demons chaotic transition game was shut down completely in a loss at home to Legacy earlier this week, the Demons wanted to prove to themselves that game was a fluke.

The Century Patriots are probably convinced after the fifth-ranked Demons forced 29 turnovers on the way to a 64-55 West Region win behind 16 points from Gunner Swanson and 12 from Max Tschosik.

The 64 points fell below Bismarck’s average of 82 points a game, but it was much more efficient on Saturday than it was earlier in the week. Even if they led to just 20 points off turnovers, that was 29 possessions in which the Patriots forfeited a shot.

“On Tuesday, Legacy did some things that made us uncomfortable. They really slowed the tempo … and for the first time all year our guys allowed that slow tempo to affect our offense and our defense,” Bismarck coach Jordan Wilhelm said. “We want other teams to play at our tempo. For us to dictate the tempo in a game like this is a testament to our hard work.”

While Bismarck shared the offensive load between nine players, Century’s offense could pretty much be summed up in two words: Cade Feeney. The senior guard wasn’t the only Patriot to score but he was the only one whose contributions were enough to make a difference.

Feeney finished with 28 points on 10-for-21 shooting. He made 5 of 8 3-point attempts. He also had five rebounds and three steals.

Feeney scored 16 of the Patriots’ 26 first-half points, including a coast-to-coast fall-away with 2.8 seconds left to pull Century within 28-26 at the halfway mark.

Ian Ely hit two free throws with 6:26 left in the half for the first Century points by someone other than Feeney. When they finally started getting contributions from others, the Patriots put together an 11-0 run to tie the game at 21-all on Feeney’s 3-pointer with 2:29 left.

Logan Schaubert’s second 3-pointer of the half made it 28-22 but Griffin Jensen’s free throws and Feeney’s jumper kept the Patriots within striking distance despite 16 turnovers.

Andrew Leingang’s basket was the only other one by a Century player in the first half.

Feeney, meanwhile, was again Century’s only player with a field goal until deep into the half. With 6:10 left, Ian Ely scored on a layup to end that streak. Ely went on to score 13 points, nine late in the second half.

Century managed to close within nine but no closer down the stretch as the Demons finished off a regular season sweep. The Demons beat the Patriots 60-57 two weeks ago at the Event Center.

“It’s pretty important, especially how tight the WDA race is, for seeding coming into the WDA tournament. It feels good,” Tschosik said.