Day 3: Watch as the Senate continues debate in the Trump impeachment trial 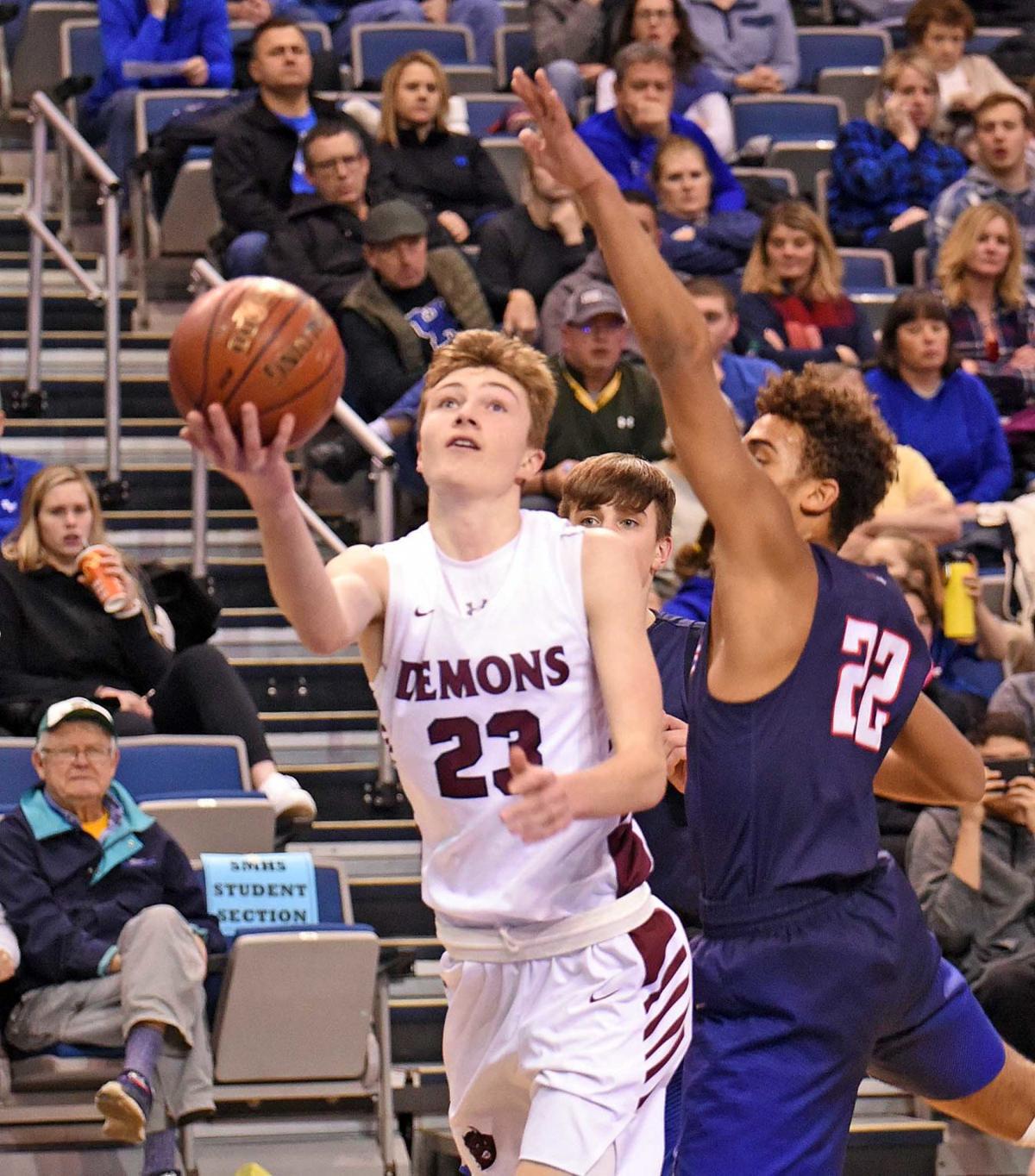 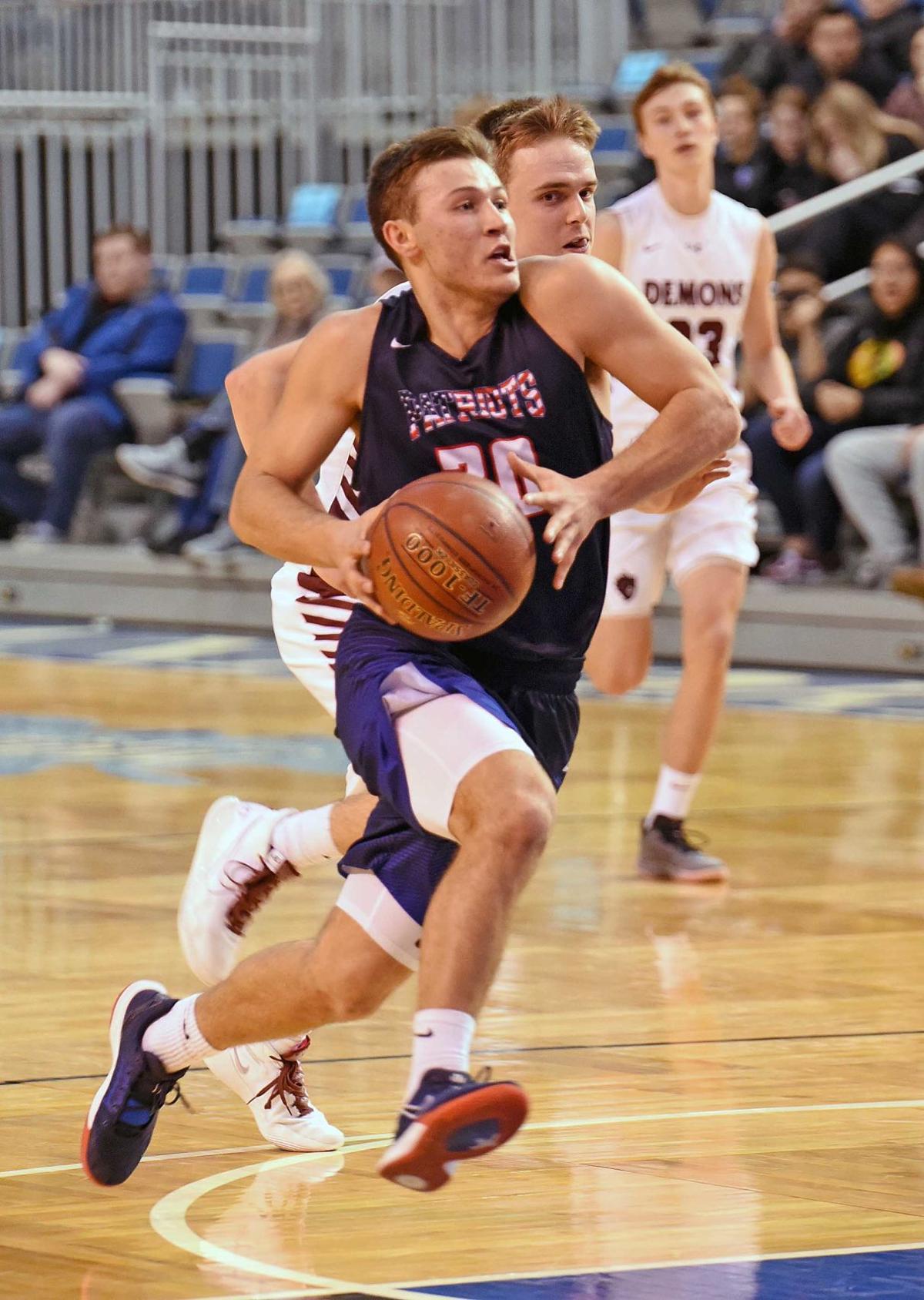 Nobody's been better in a shootout than high-scoring Bismarck High this season.

Tuesday at the Bismarck Event Center, the Demons proved they could win a slugfest, too.

The Demons, averaging 90 points per game, built an 11-point second-half lead, but had to hold off a furious Century rally late for a 60-57 West Region victory.

"I suppose a lot of people will be asking about what we've been averaging and where we ended up tonight, but anytime you get into the crosstown rivalry game, often times, this is how it ends up," BHS coach Jordan Wilhelm said. "Century's a tough, physical team. When it's Bismarck High and Century, typically you get these kind of games. For our guys to be able to hang in there, keep grinding, show some resiliency even though we weren't playing that well, that’s what good teams do -- they find a way even when you're not necessarily playing your best."

The game had a postseason-type feel. Every possession was contested. Nothing came easy, and points were at a premium. In the first half, neither team scored for 5:50 after a quick 6-3 start.

"It did kind of feel like a tournament game, right?" Century coach Darin Mattern said. "The thing I'm disappointed aabout, is that in these types of games, every possession is valuable. We had a couple catastrophic turnovers at the end of the first half that really turned momentum in their favor. It's tough to overcome those types of mistakes.

"For us, we have to learn from that. Our kids kept fighting, they kept competing and we ended up having a chance. We need to build on that."

Back and forth for the first 30 minutes, the Demons found a groove midway through the second half. Back-to-back Joey Mills 3-pointers put BHS up 49-36. Mills was one of eight Demons with four points or more. Gunner Swanson's 12 points led the way. Mills (10) was also in double figures.

"We had a lot of guys step up and make some big shots at key times," Wilhelm said. "That's what it's going to take for us. We're going to run 13 guys out there most games. We need contributions from everybody. Ultimately, that's going to give us the best chance to win. In a game like this, we needed everything we got from everybody."

Century got within 58-52 on four straight points from Ian Ely with 1:45 left. The Demons missed two front ends from the stripe to keep the door open. Ely's 13 points led the Patriots.

Freshman Anthony Doppler buried a corner 3-pointer with 4.9 seconds left to cut the gap to 59-57. After Tarin Walker split a pair at the stripe, Century standout Cade Feeney had a good look on a deep 3-pointer to force overtime, but the shot fell just short. Doppler ended with 12 points. Feeney nine.

"I can't sit here and say we feel great about how we played, but sometimes you have to tip your cap to the other team and give them credit," Mattern said. "Shooting, that's going to come and go, but we turned the ball over way too many times, we had some mental mistakes. Those are the things we have to fix.

"If we do that, I think we can be a pretty good basketball team. If we don't, well, in the WDA this year with as balanced as it is, it's going to be really difficult."

Legacy didn’t wilt under the pressure of Bismarck High’s defense on Tuesday.

Three-pointers, layups, fast breaks, pull-ups. It didn’t matter what was available, the Bismarck Demons took it on Friday. But mostly 3-pointers.

Mandan made 14 3-pointers Saturday afternoon. And, for good measure, the Braves threw in a 4-pointer.

With the game on the line, the Century Patriots turned to Cade Feeney.

School records don’t mean a lot to University of Mary senior forward Cassie Askvig -- unless they're accompanied by wins.

School records don’t mean a lot to University of Mary senior forward Cassie Askvig -- unless they're accompanied by wins.

Somebody at Bismarck Legacy has to step into the role usually filled by Rhett Clements. On Tuesday, that was Keagen Woodbury.