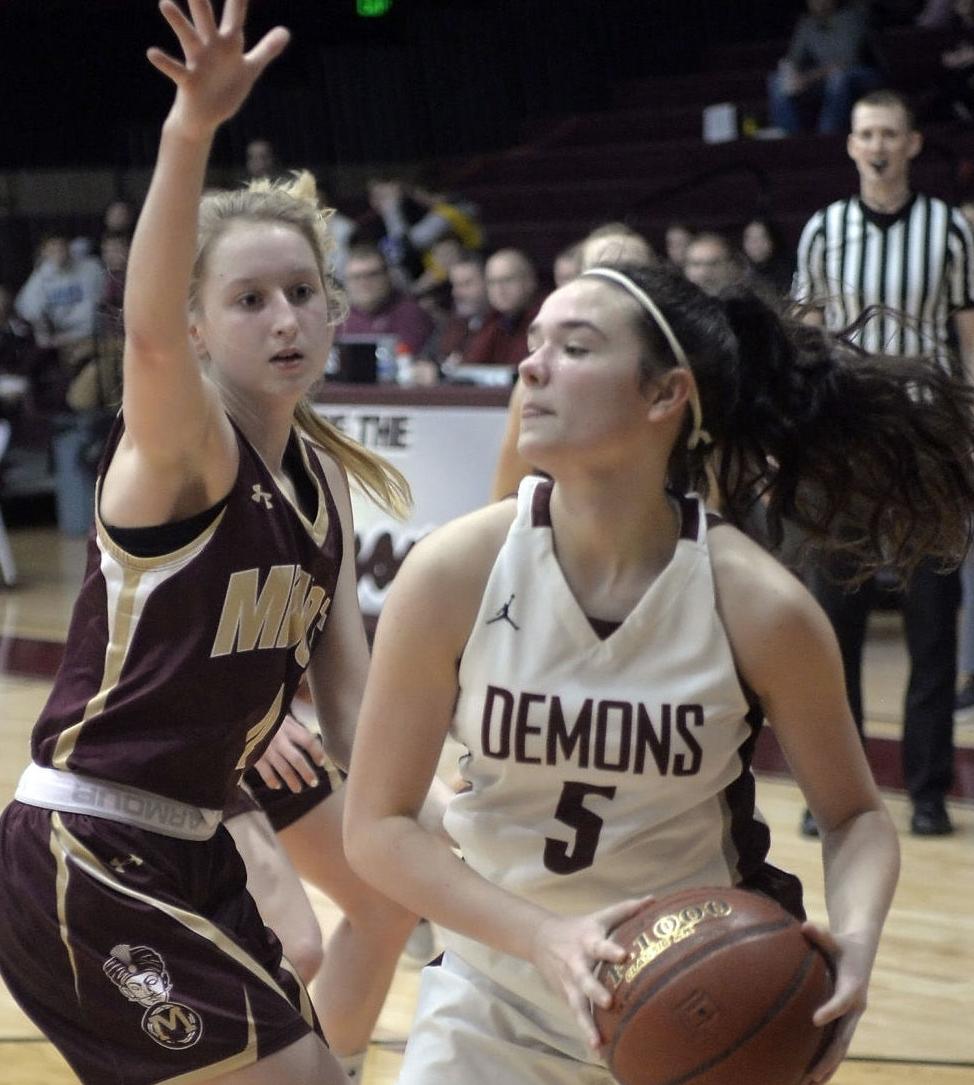 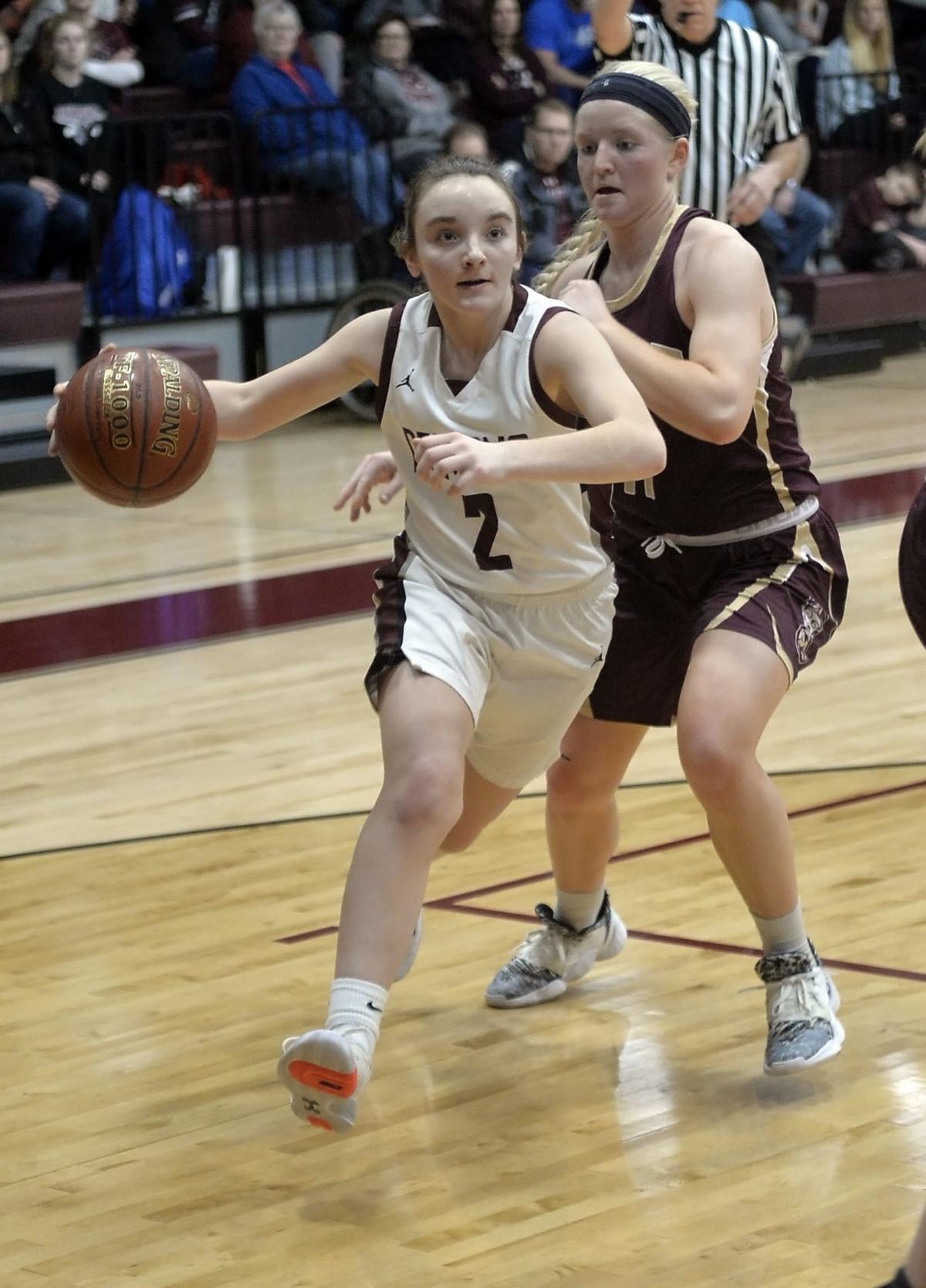 If momentum and winning aren't sisters, they're at least first cousins.

And Tuesday night the Bismarck Demons played with momentum in a 63-46 girls basketball victory at the BHS Karlgaard gym.

The Demons took control of the game by using full-court pressure to force seven turnovers in the first eight minutes. Those takeaways played a big part in Bismarck's fast getaway to a 19-7 lead.

BHS opened a pair of 14-point leads before settling for a 32-23 halftime lead.

Then, early in the second half, Payton Gerving, Mandie Picard and Jilee Golus bombed in 3-pointers on consecutive shots. Suddenly, the Demons were up 18 points at 43-26.

Beyond that point, the outcome was academic. Minot was unable to cut the deficit to single digits the rest of the way.

Bismarck reached its high-water mark with 1:46 to play when another Golus 3-pointer made it 51-41.

"It really is (fun). It keeps our momentum going and keeps us fired up. I really like it," she said. "When they introduced it, I knew we were going to have fun with it."

BHS finished with 19 takeaways to 14 for Minot.

BHS had much the better of things from 3-point territory, connecting on seven of 17 attempts. Minot connected on just 3 of 17.

Picard, a 5-foot-9 junior, grabbed 10 rebounds to lead the Demons to a 46-34 edge under the basket. Golus added seven.

The BHS starting lineup is introduced as five guards, but Golus said it isn't unusual for Picard to yank down more than her share.

"Elle Hill is in charge of rebounding ... and Mandie Picard, but all five of us are supposed to get in on it," Golus said.

Allie Nelson, a 5-10 senior, scored 13 points and swiped down 10 rebounds for Minot.

Tuesday's victory was Bismarck's first in three starts. Their two previous games were against West Region powerhouses Legacy and Century.

"We really needed to get back up in the standings. The last game I thought we lost energy, but it definitely came back tonight," Golus said.

BHS coach Bill Shetler said the Demons didn't play badly in either game. Still, he said a win is a tonic that can't be matched.

"We needed it. This was a gigantic win for us ... just to get feeling good about ourselves again," he said.

Hot shooting carried the University of Mary women’s basketball team to a victory and a home NSIC weekend sweep.

LOS ANGELES (AP) — Rajon Rondo's Los Angeles Lakers teammates have been encouraging him to be more aggressive and shoot the ball instead of trying to distribute it to everyone. On Monday night, he took the advice to heart.

CHICAGO (AP) — Miles Bridges soared like his boss in Chicago. Zion Williamson delivered his share of punishing dunks, even damaging the rim.