Major League Baseball's all-time hits leader Pete Rose returned to the field in Philadelphia for the first time since receiving a lifetime ban from baseball in 1989.

On Sunday, the 81-year-old was a part of the celebration of the 1980 Philadelphia Phillies World Series championship team at Citizens Bank Park where he received a standing ovation.

The Phillies planned on honoring Rose in 2017 but chose not to after a woman alleged that he had sex with her when she was less than 16 years old.

Before the game, Rose was asked by Philadelphia Inquirer writer Alex Coffey about the 2017 sexual assault allegations and whether his presence at the ballpark sends a negative message to women.

Another reporter asked Rose again about the 2017 story and how it may affect how fans and women view him when he was made available to the media.

The alleged assault was part of a defamation lawsuit brought by Rose against the attorney who investigated him on behalf of Major League Baseball for betting on baseball in the 1980s.

Rose filed a defamation lawsuit against attorney John Dowd in 2017 for alleging that Rose had sex with underage girls.

In court documents, Rose admitted that he had sex with the female but claimed that he did not do so until 1975, when she was 16 years old, and he was playing for the Cincinnati Reds. The suit would later be dismissed after both sides reached an agreement. In Ohio, 16 years of age is considered the age of consent.

Coffey later wrote in her news story: "Rose was made available after the ceremony. Someone, maybe an agent, said he had something to say to me, but he didn't seem to know he was expected to say anything. He asked if he'd offended me, and said 'will you forgive me if I sign 1000 baseballs for you' before saying 'sorry.'"

In a statement last month, the Phillies explained why Rose was invited for the festivities.

"In planning the 1980 reunion, we consulted with Pete's teammates about his inclusion. Everyone wants Pete to be part of the festivities since there would be no trophy in 1980 without him. In addition, the club received permission from the Commissioner's Office to invite Pete as a member of the championship team."

Rose was banned from baseball in 1989 for betting on Reds games while he was a player/manager for the team. He has been declared ineligible for election to baseball's hall of fame.

For years, Rose denied betting on baseball and wagering on his own team. In 2004, he admitted in his autobiography that he bet on baseball while Reds manager. Three years later, he told ESPN Radio that he bet on the Reds to win every night.

Aaron Judge fell a few feet short of a record-tying 61st homer, hitting a 404-foot drive caught just in front of the center field wall, and the New York Yankees beat the Boston Red Sox 5-4 on Josh Donaldson’s 10th-inning single to clinch their sixth straight playoff berth. Judge had walked three times and struck out once before he came to the plate with the score tied 4-4 in the ninth. He drove a fastball from Matt Barnes just to the right of straightaway center. The ball left the bat at 113 mph, and fans waited in anticipation as Judge jogged toward first base. But they groaned in unison as Kiké Hernández made the catch a step in front of the fence.

Aaron Judge hit his 60th home run and Giancarlo Stanton followed minutes later with a game-ending grand slam, completing the New York Yankees’ stunning five-run, ninth-inning rally to beat the Pittsburgh Pirates 9-8. Judge moved within one of Roger Maris’ American League record when he turned on a sinker from right-hander Wil Crowe and drove it 430 feet into the left-field bleachers, pulling New York within 8-5. Judge matched the 60 home runs Babe Ruth hit for the 1927 Yankees to set a big league record that stood for 34 years.

Aaron Judge disappointed fans by staying stuck at 60 homers but doubled twice and scored on Oswaldo Cabrera’s first-inning grand slam that started the New York Yankees to a 14-2 rout of the Pittsburgh Pirates. A day after hitting home run No. 60 to spark a stunning five-run, ninth-inning rally capped by Giancarlo Stanton’s game-ending slam, Judge doubled on the first pitch to him in the first and fifth innings. Judge leads the AL in average, home runs and RBIs, in position to become the first Triple Crown winner in a decade. Cabrera and Gleyber Torres had five RBIs each.

Scherzer perfect for 6 in return, wins 200th as Mets clinch

Max Scherzer was pulled from his 200th win with a perfect game intact, and the New York Mets clinched their first playoff berth in six years by beating the Milwaukee Brewers 7-2. Reinstated from the injured list before the game, Scherzer struck out nine in six innings. The 38-year-old ace threw only 68 pitches, but that was as far as the NL East leaders let him go in his first start in 16 days. Christian Yelich doubled leading off the seventh against Tylor Megill. Pete Alonso hit a three-run homer off Cy Young Award winner Corbin Burnes, and the Mets won their fifth straight to wrap up at least one of the three National League wild cards. They lead the NL East by one game over Atlanta.

The Houston Astros clinched their fifth AL West title in six years, getting a leadoff home run from Jose Altuve in a 4-0 victory over the Tampa Bay Rays. Headed to the postseason for the sixth straight season, Houston won for the eighth time in nine games and improved the AL’s best record to 97-51. Luis Garcia won his fifth straight decision, giving up two hits and four walks in five innings while striking out four. Hunter Brown and Héctor Neris finished a five-hitter, the Astros 16th shutout this season.

The young Cleveland Guardians finished what they started. Rookie Steven Kwan hit a grand slam and drove in a career-high five runs as the Guardians beat the Texas Rangers 10-4 to clinch the AL Central. Baseball's youngest team, the Guardians have won seven straight and gone 18-3 since being tied for first on Sept. 4. It's Cleveland's first division title since 2018 and it came in the team's first season after changing its name from Indians to Guardians. Manager Terry Francona was in the middle of a chaotic celebration in the clubhouse. It was a personal triumph for the 63-year-old who battled serious health problems the past two years.

Travis d’Arnaud broke a scoreless tie with a two-run homer in the fourth inning, Dansby Swanson went deep in the eighth, and the Atlanta Braves beat the Washington Nationals 3-2 and clinched a playoff berth. The defending World Series champion Braves secured their trip to the postseason when Milwaukee lost to the New York Mets 7-5 less than 30 minutes later. Atlanta (93-55) is also vying for its fifth consecutive division title, but remained in second place, one game behind the Mets in the NL East. Swanson added his 21st homer in the eighth off Kyle Finnegan. The Braves have won 10 straight games at home, outscoring opponents 47-15 over this stretch.

Who can afford to buy the Phoenix Suns?

Who can afford to buy the Phoenix Suns? 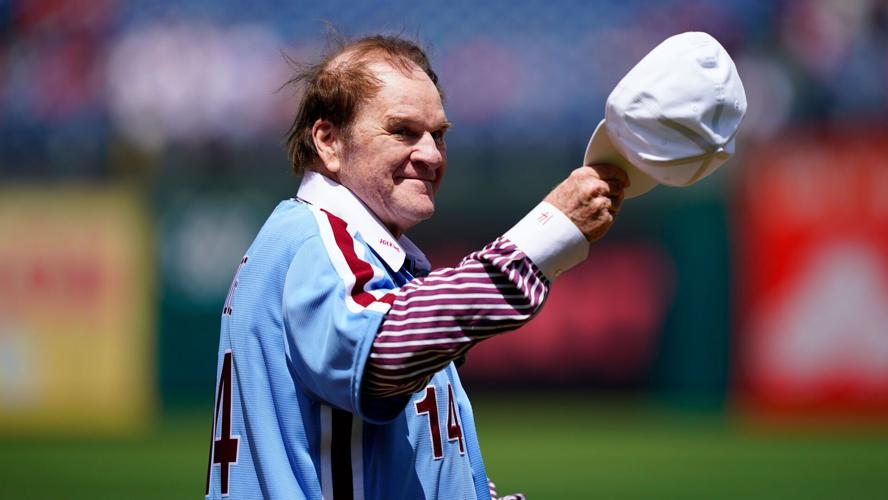 Rose is pictured during an alumni day event before a game between the Phillies and the Nationals. Rose was asked by Philadelphia Inquirer writer Alex Coffey about the 2017 sexual assault allegations and whether his presence at the ballpark sends a negative message to women. 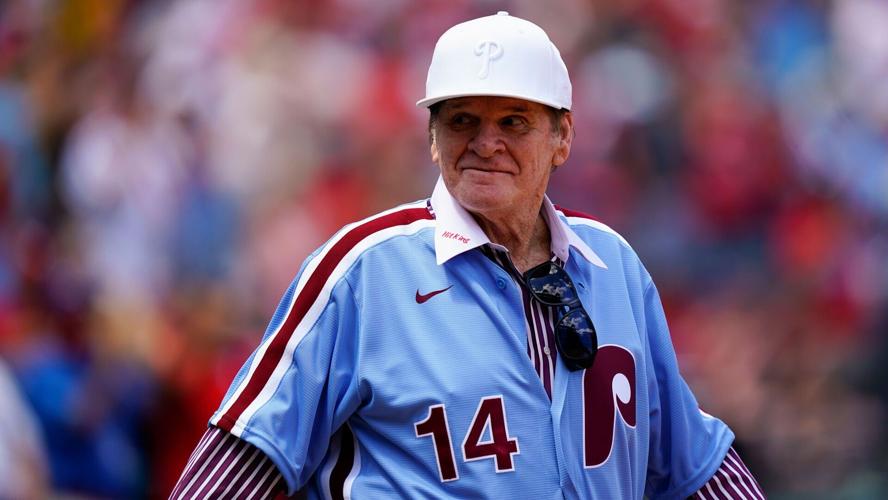 Former Philadelphia Phillies player Pete Rose during an alumni day event before a game between the Phillies and the Washington Nationals on August 7.