The love of the outdoors and the passion for hunting and fishing started for Chuck Bosch while living on his family farm near Linton.

In the evenings and weekends after chores, the youngster would take a shotgun and sit in the cornfields or walk the tree rows in his search for pheasant or sharp-tailed grouse.

Fast forward a few decades and the young boy became a family man with a son of his own. Jared Bosch, now 28, and a firefighter with the Bismarck Fire Department, has absorbed from his father the same love and passion for hunting.

With the geese, duck and pheasant hunting seasons well underway in North Dakota, gun hunters are anticipating the opening of the mule and white-tailed deer season on Nov. 5. The bow season for deer began in early October. The North Dakota Game and Fish department issued 72,200 deer licenses to hunter this year, up from 43,275 licenses 10 years ago.

The father and son recently returned from a deer hunting trip in northwest Wyoming with a family friend. For six days the three trekked through the rugged mountains of the Absaroka Range with Jared bagging a mule deer buck.

Chuck didn’t have a deer tag, but was happy just to drive the truck and carry the backpacks. “I'm just happy to go,” he said. “Going on this last hunt was more fun without a tag than with a tag.”

The trip was also more than the challenge of the hunt; it was also a time to talk, hang out, take in the breathtaking scenery and, of course, eat like bachelors on a camping trip.

“Breakfast was a Hot Pocket and gas station coffee,” Jared laughed. “He (Chuck) would eat an alarming amount of Snickers bars every day. I try to eat a little more healthy with granola bars.”  Lunch and dinner was a more traditional camping menu of brats, bologna and deer sausage made from last year’s harvest and of course a big helping of canned baked beans prepared on a camp stove. Naturally the meals were served on paper plates and eaten at the back of the pickup with the tailgate down.

Their relationship began organically as many father and son relationships do, with the boy always at his dad’s side. Jared would tag along as a preschooler on ice fishing trips and a few years later as a 6-year-old walking the autumn dry prairie grass fields of North Dakota in search of pheasants.

When ice fishing Chuck joked about his concern Jared would fall into the hole he bore in the thick sheet of lake ice.

“We usually had to end the days early because he stepped in the hole and got his pants wet,” Chuck said.

During the pheasant season each fall, Jared would walk alongside his dad as they wandered through the prairie grasses. “He was at the age where they continually talk,” Chuck remembered. “It was like walking across the CRP field (Jared melodically saying) ‘Here come the hunters, here come the hunters.’ It was great,” Chuck laughed.

In the off seasons, the two continued to bond in their love of the sport by watching the popular "Tony Dean Outdoors" program on TV every Saturday morning. “He (Chuck) lived it, ate it, breathed it, slept it and I was just trying to do the same,” Jared said.

The two enjoy gun hunting, but if they had their druthers, they each would prefer to hunt deer with compound bows.

“I would give up gun hunting in a heartbeat if I could just bow hunt,” Chuck said.

Jared believes rifle hunting is too easy. “The guns and the optics have gotten so good and technically advanced.” The satisfaction of shooting a deer from more than 1,000 yards is lost on Jared. “What’s the fun in that?”

With bow hunting Jared says he tries to get within 60 yards of the deer.

“It’s such a brilliant challenge,” he said. “You get addicted to it. With a gun you don’t get that. I feel more satisfied.”

One of the important aspects of hunting for Chuck, a 34-year veteran with the U.S. Fish and Wildlife Service, was to teach his son the practice of ethical hunting -- respecting the animal and its existence, being good stewards of the land and respecting landowners.

The two don’t want to be seen as self-righteous, but adhere in fair chase hunting.

Chuck's wife, Pam, enjoys seeing what the sport has done for her husband and son and their relationship. “I think it’s wonderful that I can see it’s made them closer,” she said. “They understand what the other loves to do. It’s great that they can be together.”

As Jared recently started a family with his wife, Kodi, the hunting trips with his dad have grown even more special. “It’s become a better bonding thing for us,” Jared said. The couple are expecting their second child in April. He hopes to carry on the hunting tradition with his children as well.

“That’s the thing (family) we have in common,” Chuck added. “Hunting brought us together and it’s a relationship that has kept us together."

“We have learned a lot about each other and a lot about ourselves while hunting,” Jared said. “It’s been a great thing.”

We are a hearty bunch. When temperatures drop and the ice begins to form, it doesn’t signal the end to spending time hunting and fishing. It’s…

Jan. 1 is deadline for nonprofits to apply for licenses

Jan. 1 is the deadline for eligible nonprofits to apply to North Dakota's Game and Fish Department for 2022 big game hunting licenses.

November means southbound geese by the thousands in the Central Flyway, as well as irruptive winter finches. November also means one more thin…

Night hunting of coyote and fox has been an often-discussed topic the last several years. 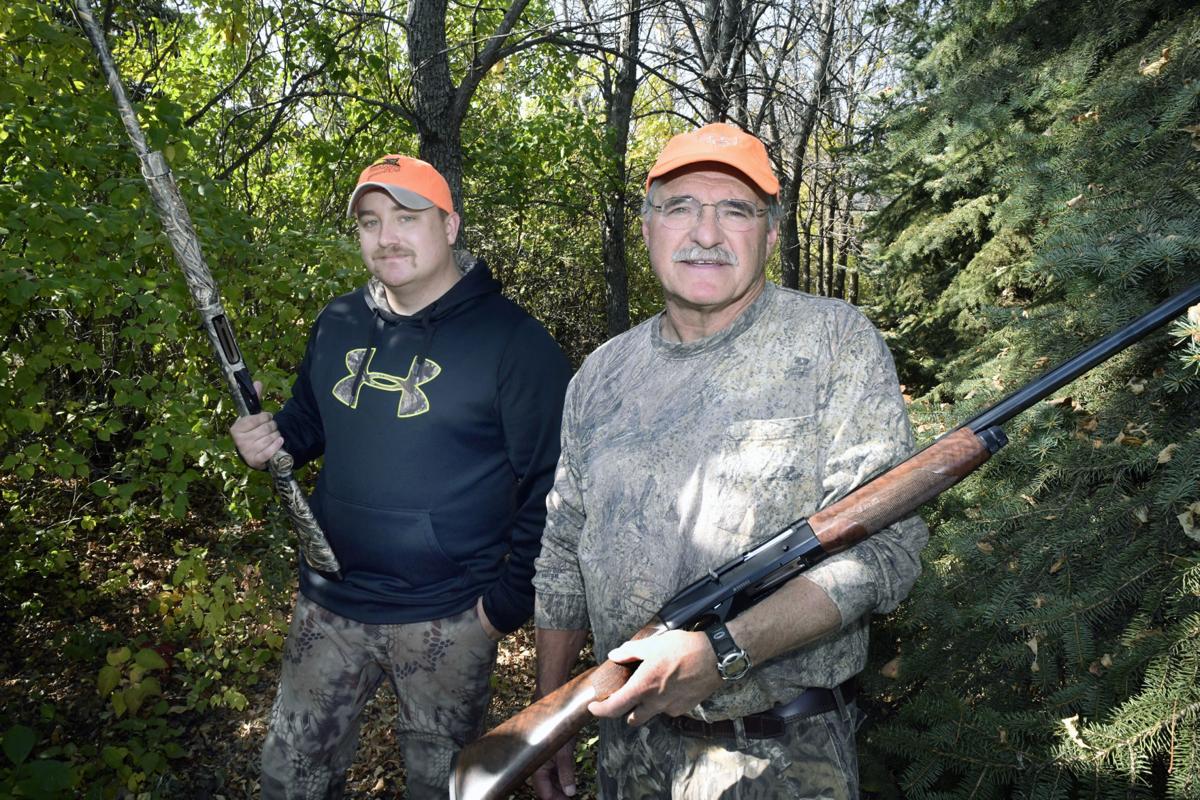 Father and son hunting partners, Jared, left, and Chuck Bosch, of Bismarck, have made hunting and fishing together a family tradition. 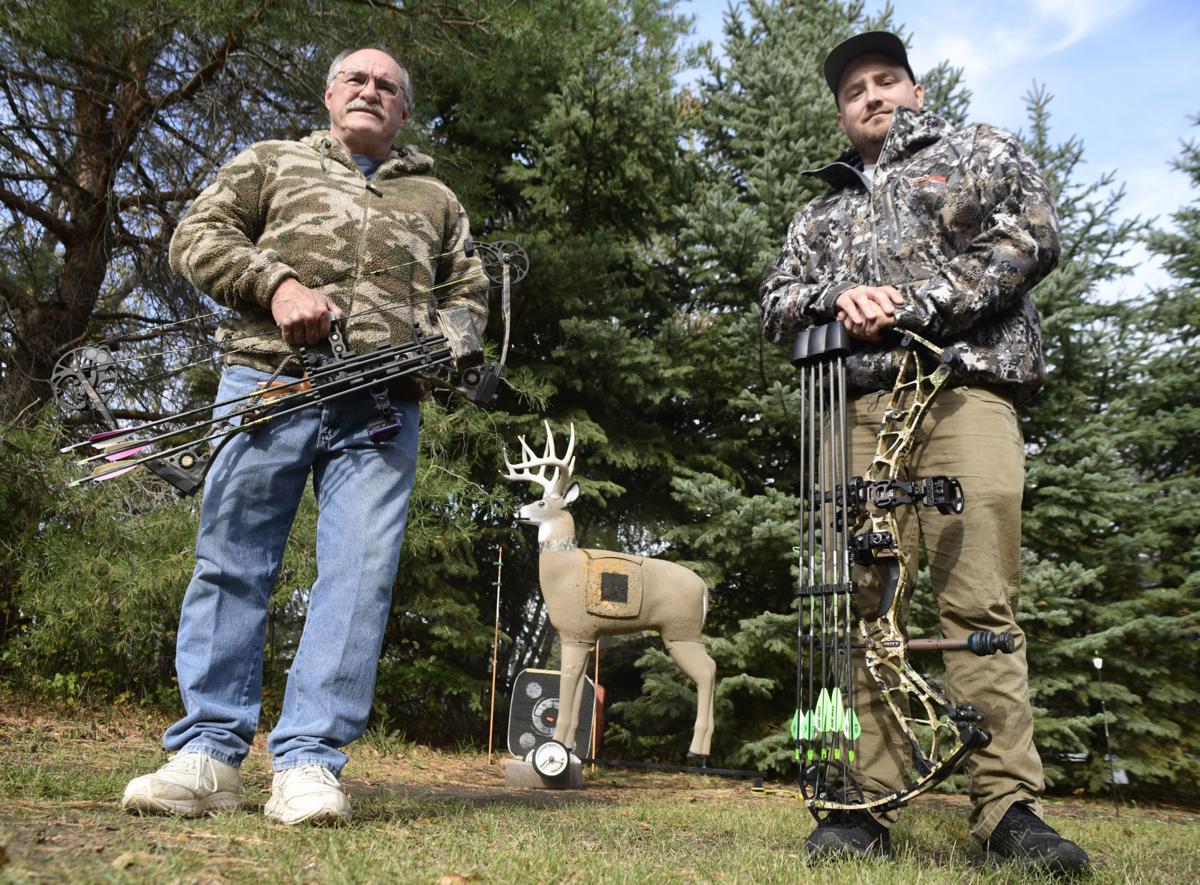 Chuck Bosch, left, and his son, Jared, are longtime avid deer and pheasant hunters, but if the both of them had their wish they would prefer to strictly hunt by bow. "I feel more satisfied," Jared Bosch said. 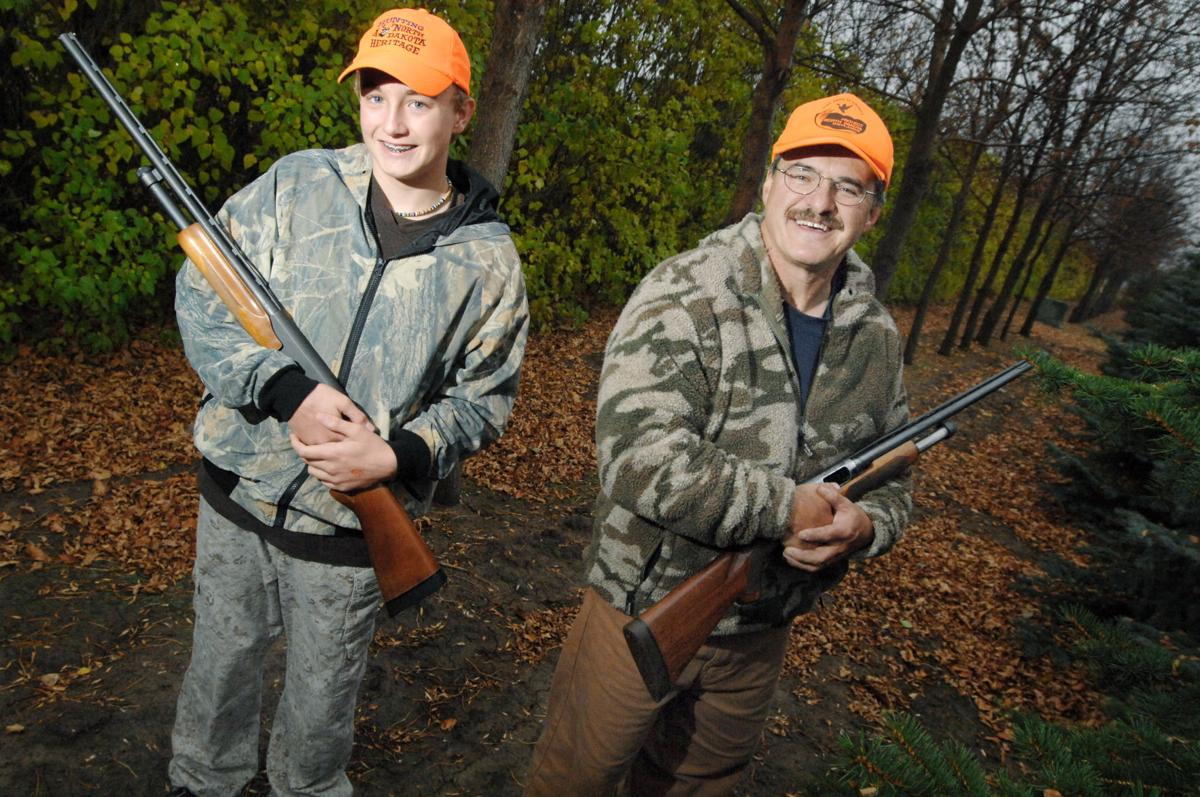 In 2007, Chuck Bosch and his son, Jared, 14, of Bismarck, spent the pheasant opener hunting on the family farm near Linton. Jared had already bagged a mule deer in the youth season, a buck in the bow season and another deer during a Montana hunt. 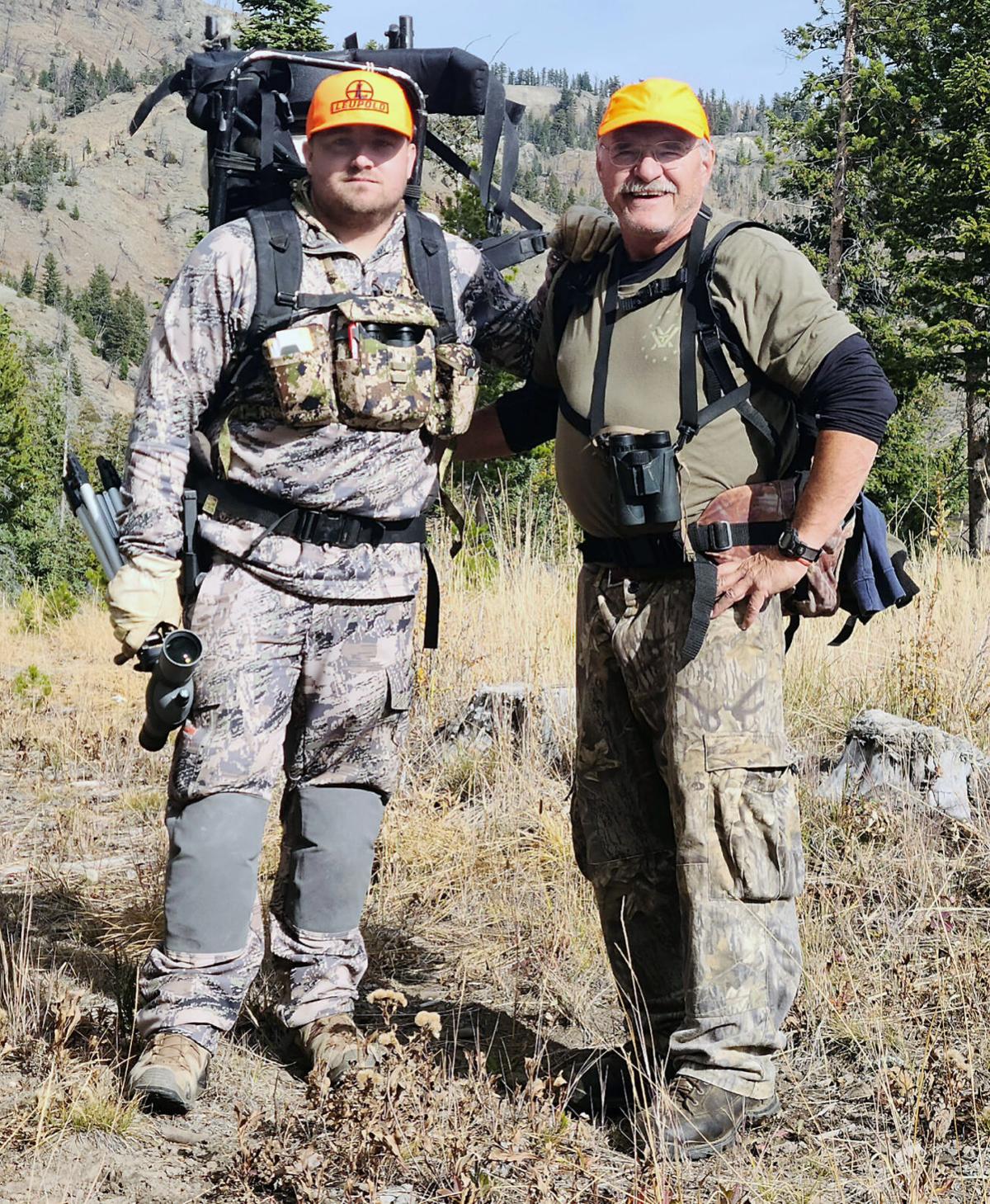 Jared Bosch and his dad, Chuck, pose for a photo while on their latest deer hunting trip to central Wyoming earlier this month.