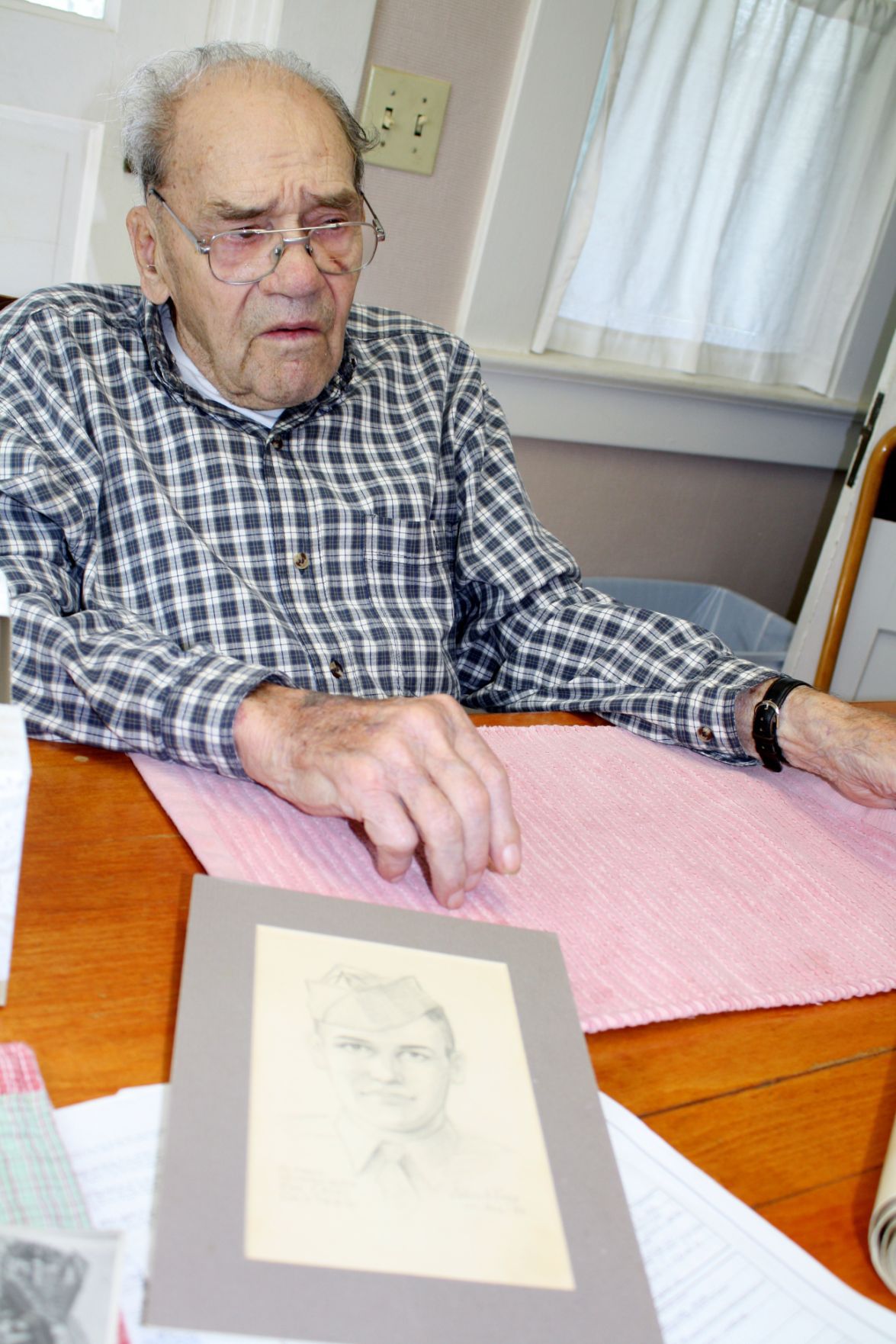 Philip Kurtz tells about his experiences in World War II and the Korean War. 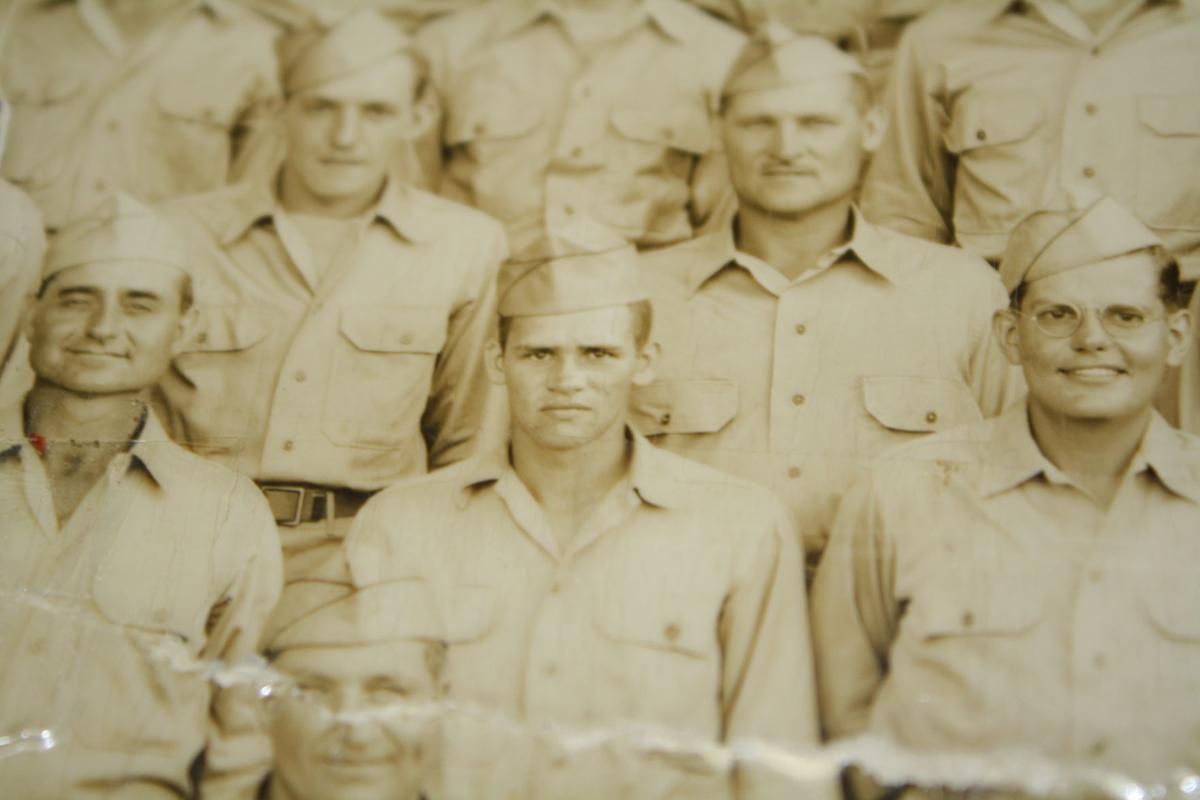 Philip Kurtz, in the center, completed basic training at Camp Robinson in Arkansas. 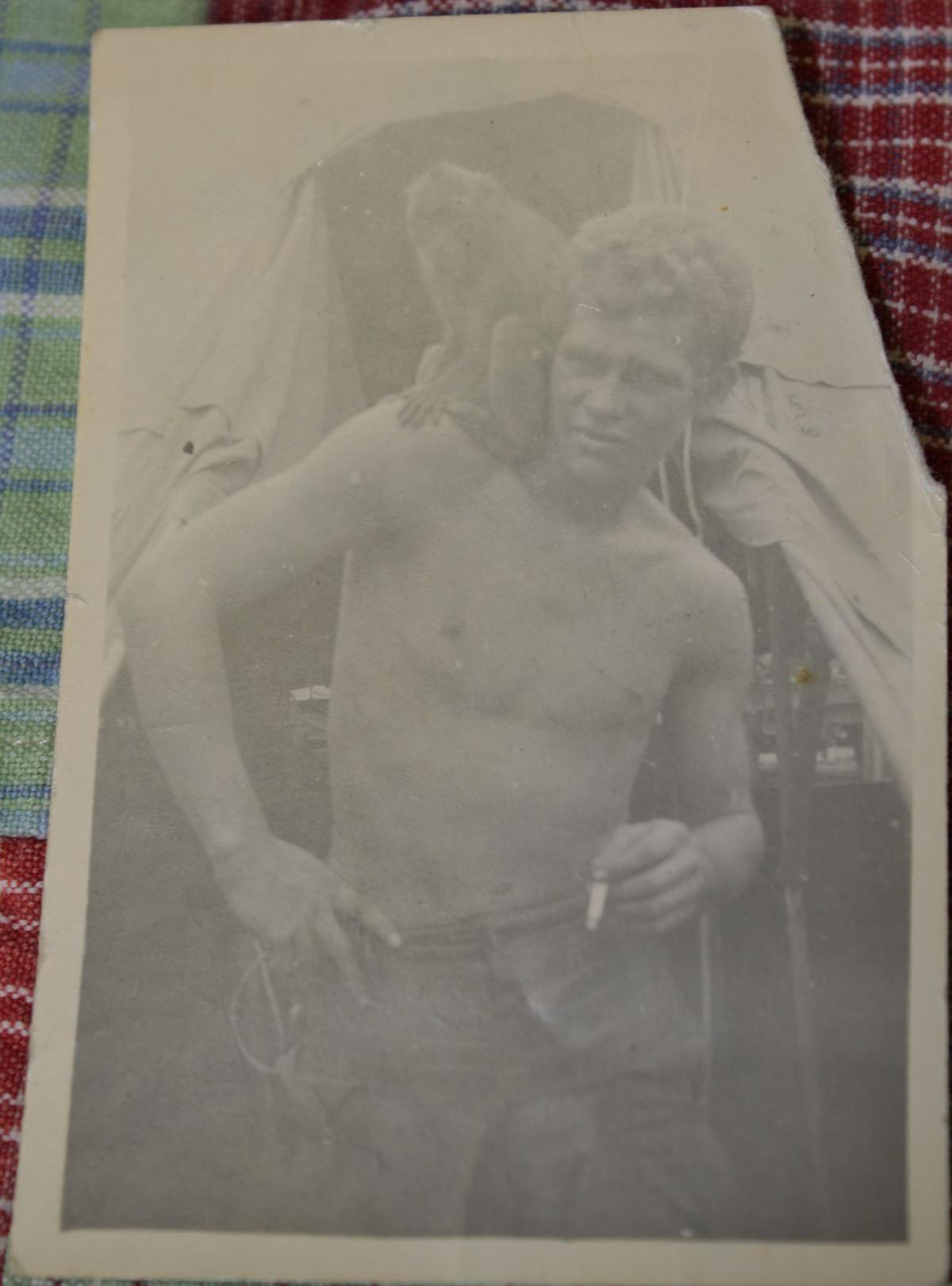 Philip Kurtz had a pet monkey in the Philippines. When he got to go home, Kurtz gave it to the man who took his job. 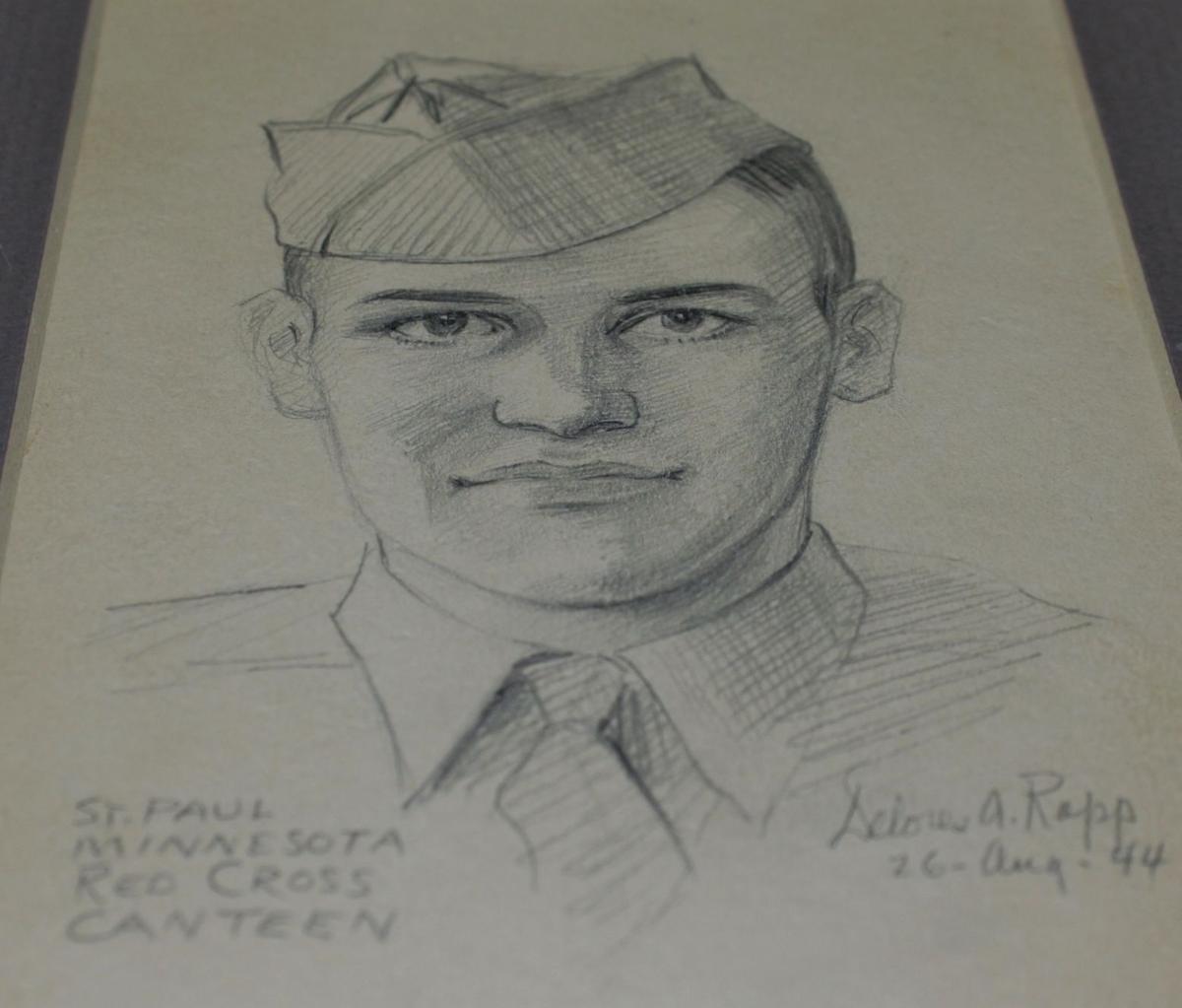 A woman asked Philip Kurtz if she could draw him while he was in St. Paul, Minn., waiting to be shipped out during World War II.

Philip Kurtz has a rolled up photograph of the men with whom he completed basic training. The names scrawled in pencil on the back have faded and smudged over the past seven decades, until some of them are blurred beyond recognition.

Time does that. It can remove the sharp edges and leave things out of focus.

Kurtz’s memories of his time in World War II and the Korean War are kind of similar. The stories remain, even though details have faded with time.

His discharge papers help clear some things up. He was drafted during World War II after he turned 18, and he reported to Fort Snelling in Minnesota on March 24, 1944. He did his basic training in Arkansas at Camp Robinson. He was discharged from Fort Lewis in Washington on May 11, 1946, after the war ended.

He’s 90 now and still quick with a joke. Like the story he tells about the photograph he carried with him to war. He didn’t have a girlfriend, but he didn’t want to feel left out when other men showed off the loves they left behind. So what did Kurtz do?

“I carried a picture of my best-looking cousin,” he said with a chuckle.

Perhaps a better metaphor for Kurtz’s memories would be the ship that took him to the Philippines. The boat meandered across the Pacific Ocean for 94 days, going this way and that before finally landing.

It takes Kurtz a few starts before he explains why it took so long to get to the Philippines when it took only 12 days to return in 1946. His wife, Geneva, and daughter, Erin, guide him back on track when he goes off course.

The ship carried specialized troops in the Signal Corps, including Kurtz, who was a mechanic in the motor pool. The Philippines weren’t secure when the ship set sail, and Gen. Douglas MacArthur didn’t want all those specialists, who were needed to set up communications and work on trucks and do other important jobs, on the islands until they wrested control from the Japanese.

Kurtz had little trouble with seasickness during the voyage, but others weren’t as lucky. The first sergeant got sick and stayed in bed the whole trip. They kept him alive with fruit, but he was so miserable he begged to be shot.

“He was a good man, otherwise maybe we would have shot him,” Kurtz said.

When they finally reached the Philippines, Kurtz had to throw his belongings down into a smaller boat waiting to take them to shore. He remembers the trepidation that missing his target would mean losing all his clothes.

The heat of the Philippines took some getting used to. The four mechanics worked at night in pairs.

“You couldn’t lay a wrench out in the sun and pick it up,” he said.

Kurtz never was in combat, but he had some close calls. There was the time he could have gone with other soldiers to buy souvenir rifles but decided against it. A Japanese soldier threw a grenade into the group. Then, during the celebration after the bombs dropped, a bullet from a gun fired into the air fell into his tent, right where he had been sitting moments earlier.

Another time, someone set up an outdoor movie. The guards on duty were from the Philippines.

“They claimed they could smell the Japanese,” Kurtz said. “I don’t know if they could or not.”

The soldiers heard a shot while they watched the movie. In the morning, they learned a Japanese soldier with a bomb had been trying to sneak in among them. One of the guards shot him.

But it wasn’t always stressful. A photograph shows him shirtless, with curly hair. He has a cigarette in one hand and a monkey on his back. Monkeys were everywhere in the Philippines, Kurtz said. A sergeant in the motor pool had one as a pet, and he gave it to Kurtz when he was discharged. When Kurtz went home, he gave the monkey to the man who was taking over his job.

Kurtz was called back into duty during the Korean War and served from Oct. 13, 1950, to Nov. 24, 1951. He was back in the Signal Corps, this time as the auto mechanic chief. Again, he did not see combat. He was stationed in Alaska, inland nearly to Fairbanks, at an abandoned airfield.

When he got out of the service, Kurtz tried his hand at farming, but going around and around in a tractor wasn’t what he wanted.

So he bought a bulldozer and worked construction, doing dirt work and building roads. Then he started flying a small plane to check out jobs and help contractors bid on them. Later, he built commercial swimming pools for motels and schools.

Kurtz married Geneva in February 1957. They have eight children, 14 grandchildren and seven great-grandchildren. Time, with the help of strokes and macular degeneration, has made Kurtz hard of hearing and nearly blind. His vision has gotten so bad that he can’t tell the children and grandchildren apart, but, if they tell him who they are, he has no problems remembering which is which.

He’s happy with the life he’s led, from growing up in Hazelton to his war service and his work to his retirement. And there are some things time can’t blur.

“I’ve got the finest wife,” Kurtz said with a nod toward Geneva. “She’s done a pretty good job getting me there and back.”

The Tribune is featuring veterans each Wednesday through Sunday until Memorial Day.

Rank: Specialist in the U.S. Army

Philip Kurtz tells about his experiences in World War II and the Korean War.

Philip Kurtz, in the center, completed basic training at Camp Robinson in Arkansas.

Philip Kurtz had a pet monkey in the Philippines. When he got to go home, Kurtz gave it to the man who took his job.

A woman asked Philip Kurtz if she could draw him while he was in St. Paul, Minn., waiting to be shipped out during World War II.