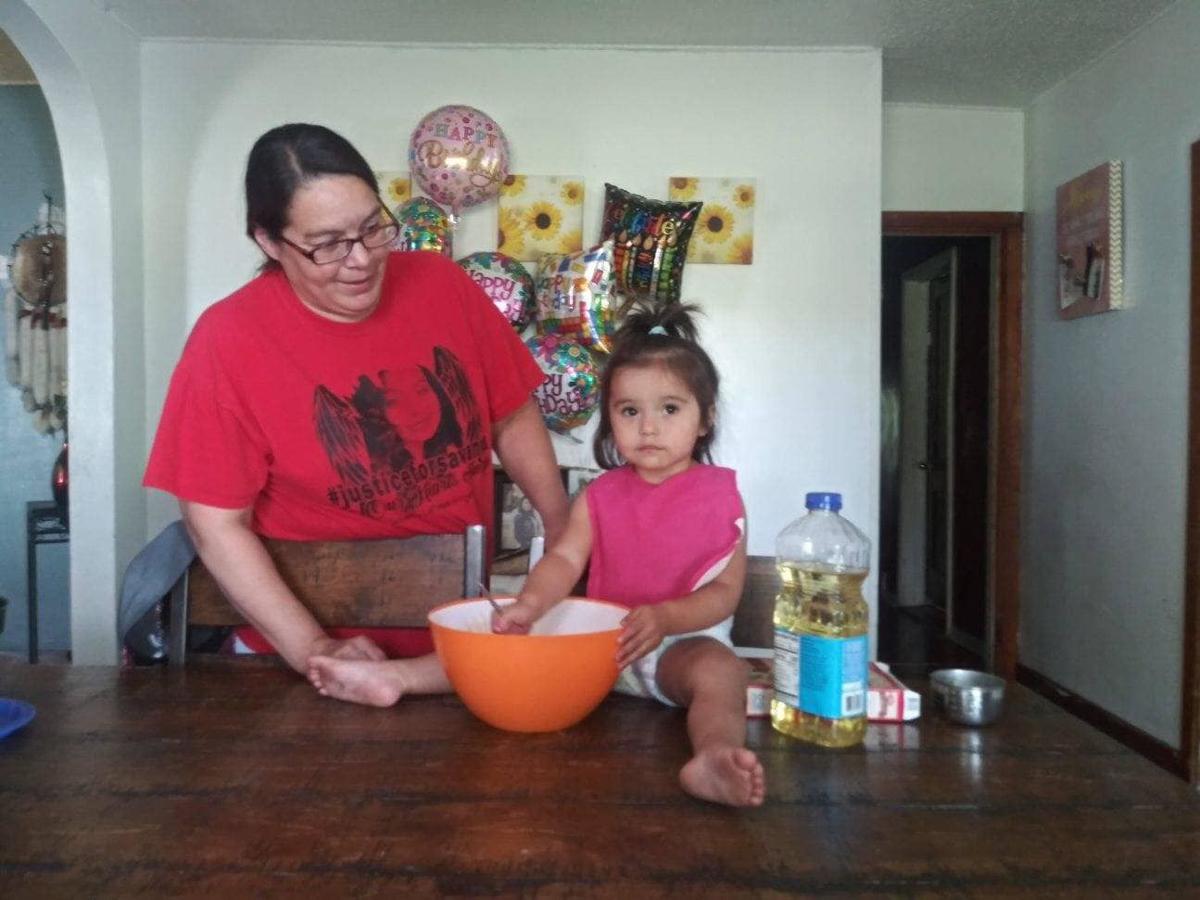 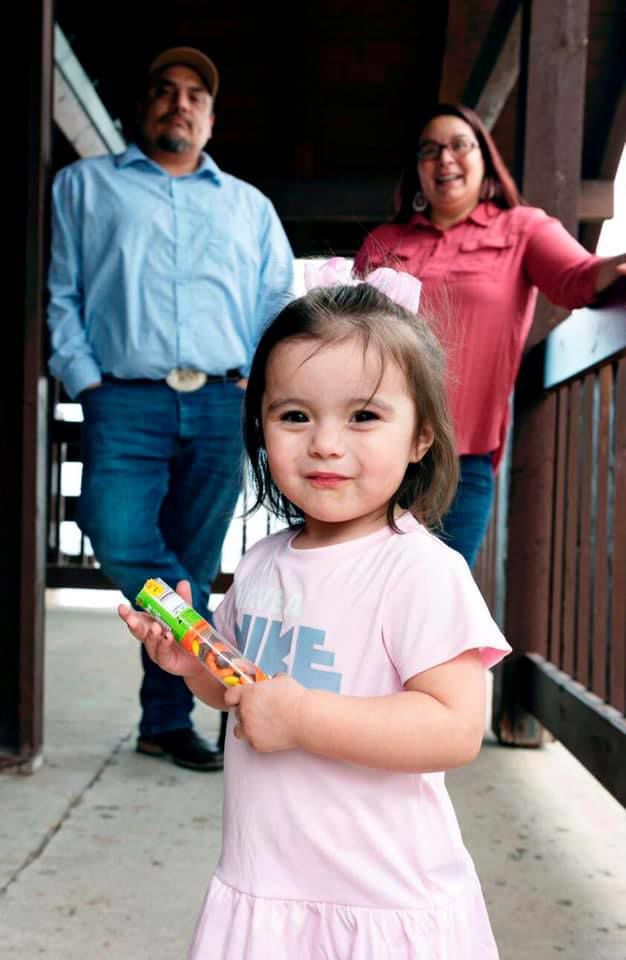 FARGO — Linda Shearer's home sits by the Red River, next to the bridge where it’s believed a hollowed-out dresser hiding the body of 22-year-old Savanna LaFontaine-Greywind was dumped in the water two years ago.

“We can’t help but think about her every time we cross the bridge,” Shearer said.

A white cross with Savanna’s name is nailed to a tree near the bridge. Not far from the memorial is a sprawling field of sunflowers, Savanna’s favorite. They’re placed around her grave in south Fargo where grass has yet to fully grow over her final resting place.

Greywind was eight months pregnant when she disappeared Aug. 19, 2017, and for Rep. Ruth Buffalo, D-Fargo, who helped in the search efforts, “two years is still very fresh.”

Family and lawmakers are still fighting to pass Savanna’s Act and other legislation to protect indigenous women. Savanna’s murder, Buffalo said, “shed light on so many other atrocities in the country.”

The issue of missing and murdered indigenous women is an epidemic in the U.S. and Canada. And there’s little data that tracks the number of victims.

After LaFontaine-Greywind’s murder and the abduction of her baby, Haisley Jo, who was cut from her mother's womb, former Sen. Heidi Heitkamp, D-N.D., proposed Savanna’s Act.

The bipartisan bill seeks to address gaps in data collection and law enforcement related to missing and murdered indigenous women. It passed the Senate unanimously at the end of 2018, but was stopped in the House by former Rep. Bob Goodlatte, R-Va., without time to make changes.

Now, Sen. Lisa Murkowski, R-Alaska, has taken up the bill in the new session, with 22 signing on as co-sponsors, including Sens. Tina Smith, D-Minn., John Hoeven, R-N.D., and Kevin Cramer, R-N.D., who unseated Heitkamp in the last election.

The bill has yet to move past the introduction phase, as the Senate awaits comments from the Justice Department, Smith said in an Aug. 15 interview.

“The tragedy of Savanna Greywind’s death drew attention to an issue that has been widely known in Native American communities for years,” Smith said.

Savanna's Act was also introduced in the House and co-sponsored by Rep. Deb Haaland, D-N.M., who is one of the first Native American women elected to Congress.

At an event in Bismarck on June 23, Haaland said that the country is “not alarmed enough” by the crisis. “I want people to think about that could be your daughter or your mother,” she said.

Rice remembers how emotional it was two years ago and followed news coverage closely, with the community on edge, trying to understand how something like this could happen here.

Savanna's neighbors, Brooke Crews and William Hoehn, are both serving life sentences in connection with her death and kidnapping of her baby. Hoehn has a chance for parole; Crews does not.

“It was a hideous act,” Rice said. “I don’t know how a human being could do something like that.”

Rice said he wishes what happened to Savanna will never happen again, and that’s why laws like Savanna’s Act are so important. “This is not the only case, so we need that additional legislation,” he said.

The Sovereign Bodies Institute, which researches violence against indigenous people, said 134 bodies have been found over the course of decades in the Red River, which forms much of the Minnesota-North Dakota border and extends into Canada.

Other bills in Congress are also seeking to address the issues, such as the Not Invisible Act of 2019, introduced by Haaland, as well as a reauthorization of the Violence Against Women Act that includes specific provisions for indigenous women.

At noon today, a day of action is planned for outside the federal building in downtown Fargo. The task force is hosting the event and plans to make a global call for justice regarding missing and murdered indigenous women.

In light of the two-year anniversary of this tragedy, the family asked for privacy. What they choose to share, they posted on a public Facebook group in honor of Savanna.

More than 13,000 people follow the digital scrapbook for updates on Haisley Jo — from helping her grandpa mow the lawn to visiting her mom's former coworkers.

In a recent interview with British newspaper the Daily Mail, Savanna’s mother, Norberta Greywind, said of Haisley Jo, “She keeps us going.” The family will celebrate her second birthday on Aug. 21.

Gloria Allred, a California attorney representing the family, said the second anniversary is a painful reminder, but Haisley Jo is "a miracle child" who is loved, protected and cherished by her family.

Allred said that a few years before her murder, Savanna "developed a significant concern for missing and murdered Native American women and spoke to her mother about it."

In Savanna's honor and memory, she said the family will continue supporting equal rights and protections for indigenous people.

"I feel honored to have witnessed their strength and courage, and the joy that Haisley Jo brings to her family with her laughter," she said. "She reminds them every day of their precious Savanna, who will always be in their hearts."

A Saturday auction near Scranton will put dozens of antique and collectible cars in the hands of new owners and change the way Neil and Rosalie Krinke drive to church.

A Dickinson woman is dead following a three-vehicle crash south of Killdeer on Friday afternoon.

North Dakota Gov. Doug Burgum is upset that the Biden administration has not lifted a ban on travel across the Canada-U.S. land border, callin…

North Dakota has officially lost its status as the nation’s second biggest oil producer, but a new industry rapidly gaining momentum in the state has offset officials’ disappointment.

North Dakota officials seek permission from federal regulators to free up potentially millions of unused phone numbers and keep the state under one area code.

The Standing Rock Sioux Tribe says the federal agency overseeing an environmental review of DAPL is "gravely off track," and it wants the process to start over.