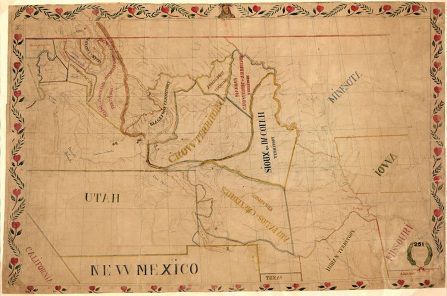 A map drawn by Belgian Jesuit missionary Father Pierre-Jean DeSmet with information from famous guide and fur trapper Jim Bridger helped define the approximate boundaries of the tribes as defined in the Treaty of Fort Laramie of 1851. 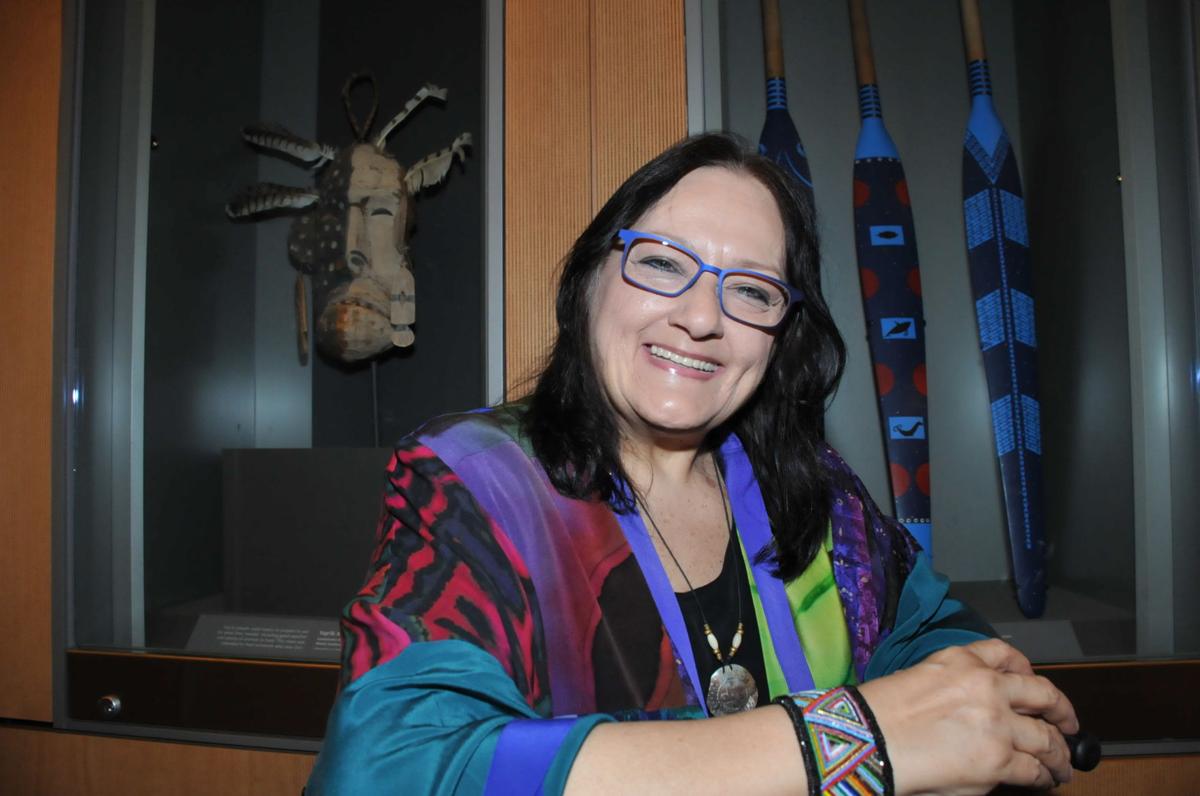 Suzan Harjo, president of the Morning Star Institute and a Presidential Medal of Honor recipient, is the curator of an exhibit on treaties at the Smithsonian's Museum of the American Indian.

As settlers headed west in the middle of the 19th century, nations of Native Americans wanted them to keep their distance and their foreign diseases at bay. The United States wanted easements for trails and permission to build forts in Indian territories.

The result was the Treaty of Fort Laramie of 1851 — a historic agreement that has found new resonance in the disagreement over the path of the Dakota Access Pipeline.

“It really is an important thing,” said Suzan Harjo, president of the Morning Star Institute and a longtime Native American historian and advocate. “These agreements — they all started out with peace and friendship.”

Harjo curated an exhibit on treaties at the Smithsonian’s Museum of the American Indian and wrote an accompanying book, both called, “Nation to Nation: Treaties between the United States and American Indian Nations.” The exhibit is slated to be open until at least 2018. President Barack Obama in 2014 awarded Harjo the Presidential Medal of Freedom, the nation’s highest civilian honor, for her decades of advocacy on behalf of Native Americans.

Because of the unique standing of treaties under the U.S. Constitution, many parts of the treaty remain in effect, according to Harjo, who said she believes Dakota Access Pipeline opponents are correct in citing the treaty in their efforts to stop pipeline construction on treaty lands that are privately owned and not part of the Standing Rock Reservation.

The Treaty of Fort Laramie of 1851 was an attempt to establish Native American territories and set ground rules for the westward spread of settlers, Harjo said. More than 10,000 Native Americans came to Fort Laramie for discussions with U.S. officials. Because the fort couldn’t hold them, negotiations were held at Horse Creek, leading some to call it the Treaty of Horse Creek. Others call it “the Great Smoke,” because of the smoke when tribal leaders burned sage and buffalo grass and other symbolic things up to the Creator to signify the deal was done, Harjo said.

“They made this treaty, and it was a reasonable treaty on all sides,” she said.

A map drawn by Belgian Jesuit missionary Father Pierre-Jean DeSmet with information from famous guide and fur trapper Jim Bridger helped define the approximate boundaries of the tribes, Harjo said. The pool-table sized map now is at the Library of Congress.

The treaty also laid out rules for interaction among the tribes and with the United States, gave the government permission to build small forts and provided easements no wider than a Conestoga wagon for westward trails, said Harjo, who explained that is part of the reason for the width of railroad tracks: They originally had to fit in those same easements.

Areas on the Dakota Access Pipeline route run through the 1851 territories of tribal bands that make up the Standing Rock Sioux Tribe, the Cheyenne River Sioux Tribe and the Yankton Sioux Tribe, as well as through the Great Sioux Reservation drawn up in the Treaty of Fort Laramie of 1868, Harjo said.

However, Congress in 1889 divided the Great Sioux Reservation into six separate, smaller reservations, which have remained intact. While Congress forced the tribes on to smaller parcels of land, the treaties of 1851 and 1868 didn’t go away, Harjo said.

Grant Christensen, an assistant professor at the University of North Dakota School of Law, said he hasn’t reviewed the two Fort Laramie treaties close enough to give an opinion on any legal standing related to them. But, he explained the Supremacy Clause of the U.S. Constitution makes any treaty the “supreme law of the land" and the terms of treaties remain in place unless specifically repealed by Congress.

The U.S. Supreme Court also has held that subsequent treaties do not do away with an earlier treaty unless the new treaty specifically addresses and removes the terms of the older treaty, he said.

An example is a 1999 Supreme Court case called Minnesota v. Mille Lacs Band of Chippewa Indians, in which the Mille Lacs Band successfully argued they never lost the right to hunt and fish on lands laid out in an 1837 treaty despite an 1855 treaty that made their reservation smaller, Christensen said.

Harjo said she believes Standing Rock still has claims to the lands in the 1851 territories. The Treaty of Fort Laramie of 1851 didn’t make the tribes change who they were, she said.

Harjo said she believes the 1978 American Indian Religious Freedom Act, the 1990 Native American Graves Protection and Repatriation Act and the 1996 Executive Order on Indian Sacred Sites — all of which she played a part in molding — have built on those treaty rights and also are in play.

“The native people in this situation haven’t begun to mount the kind of legal case that they could,” she said.

A Bottineau man with a diverse criminal background has been sentenced to 30 years in prison for bilking a Morton County family out of more than $500,000.

A panel of federal appeals judges has denied a procedural request by the operator of the Dakota Access Pipeline to formally close out the court's involvement in the case.

Damaged I-94 bridge east of Bismarck reopening with 1 lane

Gov. Doug Burgum announced a goal Wednesday to make North Dakota carbon neutral by the end of the decade.

The latest legal wrangling over DAPL focuses on whether an appeals court should end its involvement in the case while the pipeline operator challenges the need for more environmental review.

The attorney prosecuting North Dakota House Assistant Majority Leader Scott Louser for DUI has demanded a different judge, but it's unclear why.

A map drawn by Belgian Jesuit missionary Father Pierre-Jean DeSmet with information from famous guide and fur trapper Jim Bridger helped define the approximate boundaries of the tribes as defined in the Treaty of Fort Laramie of 1851.

Suzan Harjo, president of the Morning Star Institute and a Presidential Medal of Honor recipient, is the curator of an exhibit on treaties at the Smithsonian's Museum of the American Indian.