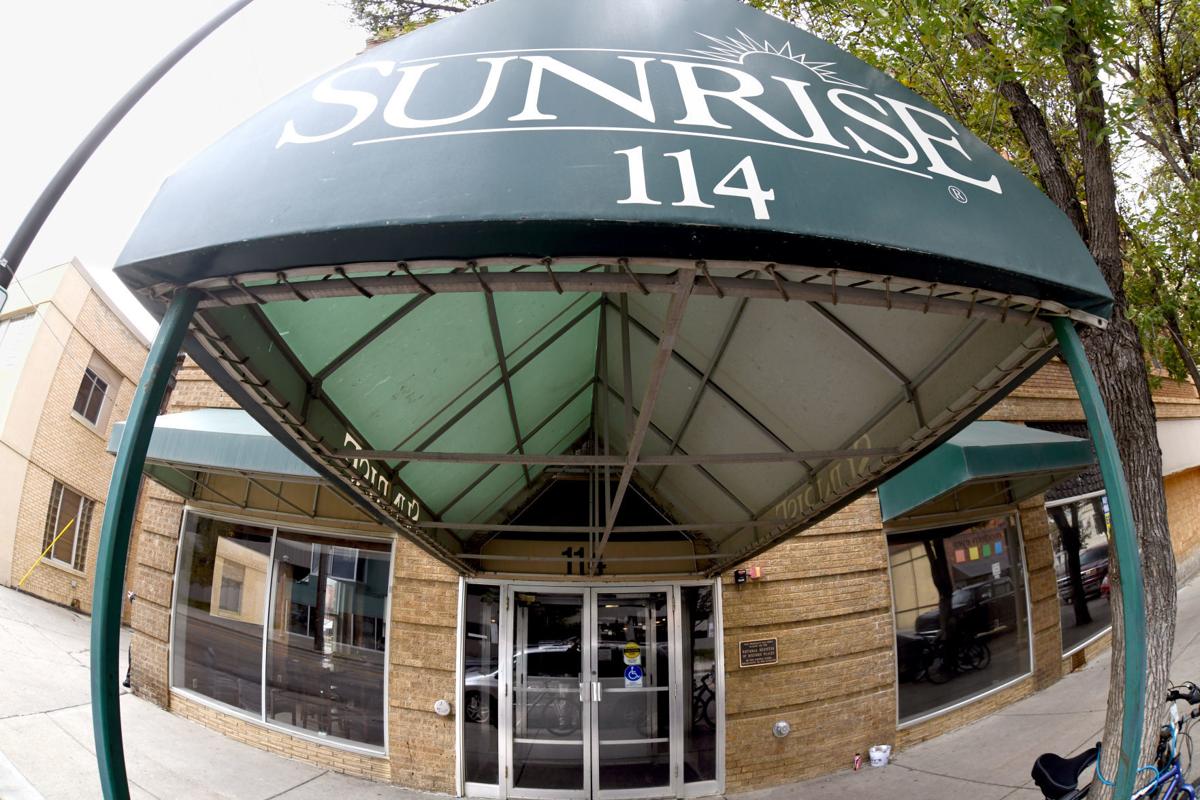 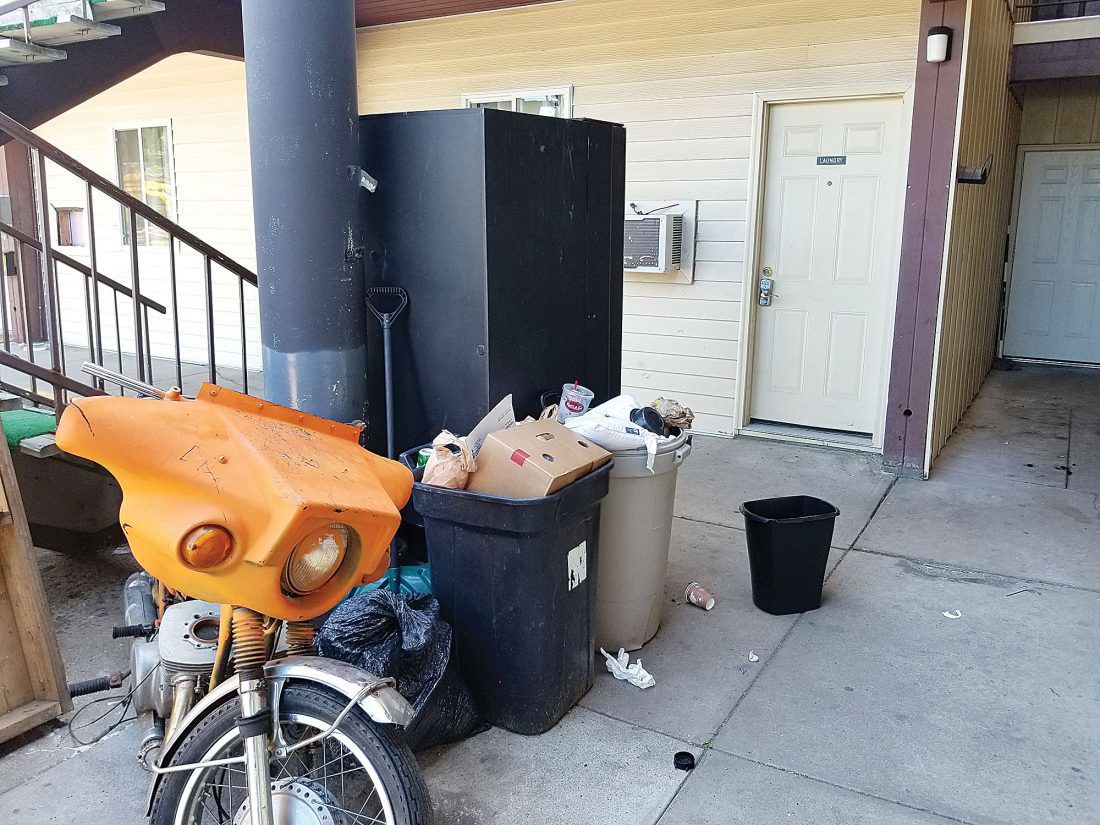 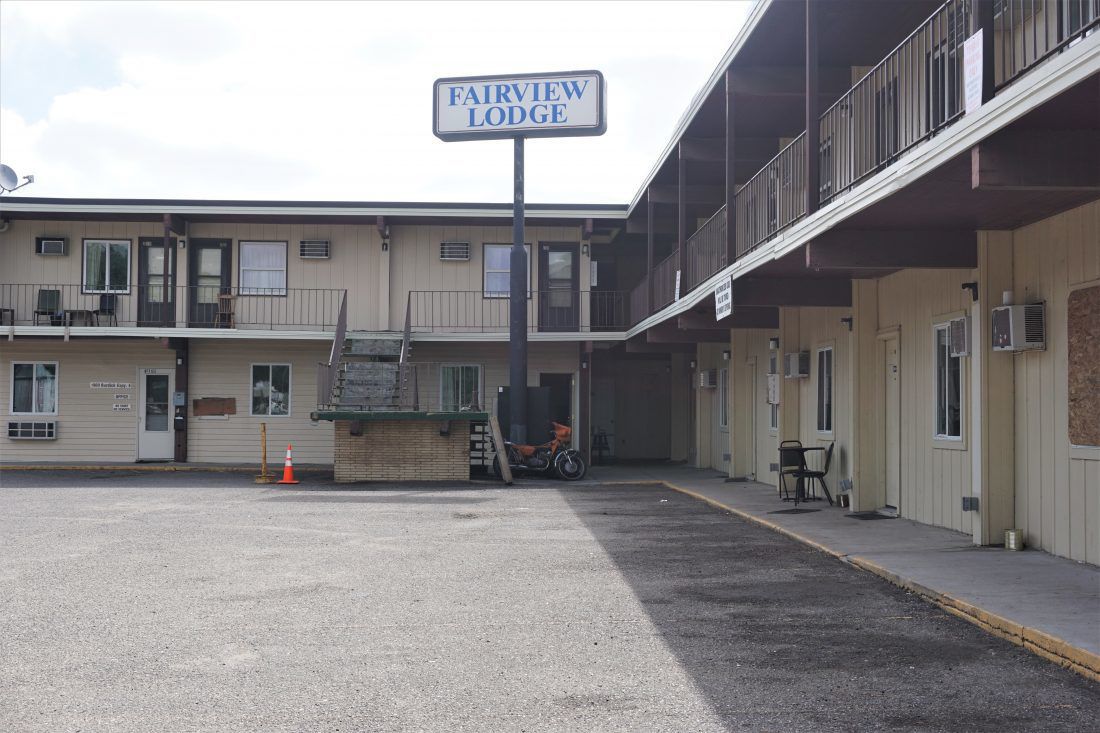 From Sept. 3-4, tenants of Sunrise, a four-story, 74-unit building in downtown Bismarck catering to low-income residents and people with disabilities, were left without power and hot water when Montana-Dakota Utilities cut service due to an unpaid bill. A search of public documents by The Bismarck Tribune found that owner 114 On Third LLC also had previous issues with unpaid property taxes and a construction lien in 2018, along with two Better Business Bureau complaints this year.

A December 2018 mortgage filed with Ward County lists 114 On Third owners Tom Doll and Taylor Rash as being the owners of Capped Out LLC, owner of the Fairview Lodge in Minot. In June, people who were living there were left without water before public health officials learned of the situation and ordered the run-down building evacuated. Mayor Shaun Sipma at the time told the Minot Daily News that the motel appeared to have seven or eight occupied units.

Officials described the building as being dilapidated. The December 2018 mortgage on the property assessed at $369,000 was for $4 million. Real estate industry officials told the Minot Daily News that a mortgage loan of such a high amount indicates the property owners intended to improve the property. The mortgage required the property to be properly maintained.

Rash told the Tribune on Sept. 5 that "I'm not going to talk about Minot.” When asked again on Sept. 27 by a reporter who noted the mortgage document, Rash said "that story ran months ago" and made no further comment.

Capped Out LLC bought the Fairview Lodge in 2015, according to a deed filed with Ward County. This past July, the city of Minot and First District Health Unit ordered an evacuation of the building that was being used by long-term tenants in violation of zoning, after the building had lost its water supply. The property owner was behind in water bill payments and also had delinquent property taxes, according to the Minot Daily News.

The 34-room motel’s owners had cut the property’s water for two weeks without notifying the city in July, according to Jim Heckman, environmental health director for First District Health, which evacuated the motel.

"(Owners) were really tough to contact," Heckman told the Tribune. "We brought in the help of legal services because I figured a lot of these people would probably qualify for legal services. And I knew they had been paying money to this group, and now they shut the water off and the power off."

Heckman said he could not recall the names of the owners. Minot Police Chief Jason Olson told the Tribune that Doll had called him and "identified himself" as a partner of Capped Out LLC.

Heckman said that once he got ahold of the owners, they cooperated with cleaning the building.

“We pretty much told the city we are going to have to board up windows if the owners don’t, and the owners decided to work with us at that point,” he said.

The owners replaced the windows, deadbolts and cleaned the property within two weeks, he said.

What happened in Minot didn't draw much attention in Bismarck, but "most of the people in (Sunrise) didn't know nothing about" the two properties having the same owners, said former Sunrise tenant Michael Lathrop, who recently moved out.

Problems continue at Sunrise, residents say. Last Monday, the only working elevator had been out for about a week. When the power shut off last month, tenants said a person using a wheelchair was unable to leave the building with the elevator shut down.

Bismarck Fire Marshal Owen Fitzsimmons said an out-of-order elevator is not a violation of the city's fire code, and that elevators are "not to be used as a means of egress during an emergency" anyway.

"We will physically bring someone with a disability who can't descend the stairs or egress on their own," Fitzsimmons said.

Several clothes dryers also were not working at Sunrise last week. However, management had added three sofas and a TV to the lobby, and notices posted on some tenants' doors said the owners were attempting to bring in "more TVs in the lobby along with a pool table and vending machines."

Tenant Charlotte Estrada said she was moving to another apartment building in part because of what she claims are bedbugs in her Sunrise apartment.

Some building problems appear to predate the current owners, who took over in 2017.

Adequate hot water in the building "has been a problem for many years," said Sister Kathleen Atkinson, director of the Ministry on the Margins advocacy organization.

Several other people want to move out of Sunrise "but I know some feel stuck -- they don't have the money to pay for background checks," Atkinson said. "And each time a person applies for an apartment they need to apply for another credit check ... this can become costly for people living day to day."

Bismarck-Burleigh Public Health Director Renae Moch said the agency is not monitoring Sunrise because it hasn't received a "public health or environmental health complaint" about the building.

A Spanish banana farmer grapples with a volcano's wrath

A Spanish banana farmer grapples with a volcano's wrath

In October, I received an email from a resident of Sunrise Apartments saying tenants had been without power and hot water for a day. When the …

Tenants of a four-story, 74-unit apartment building in downtown Bismarck that is home to low-income residents and people with disabilities had…