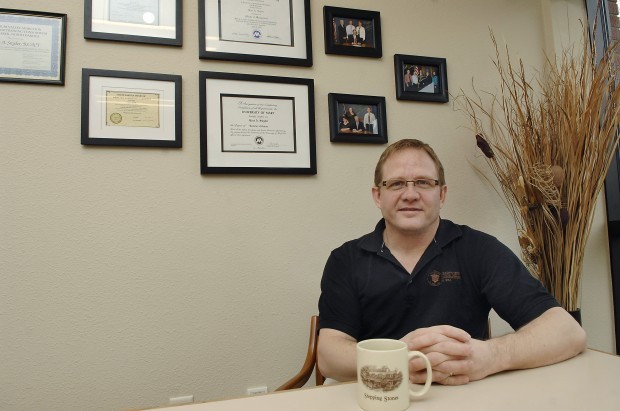 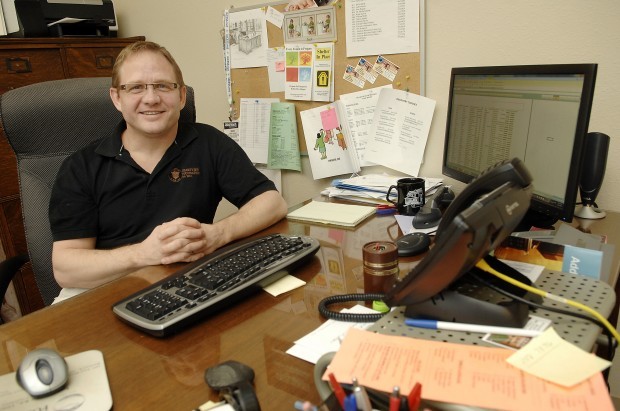 Heartview Foundation Executive Director Kurt Snyder at his desk in his Bismarck office on Wednesday, Dec. 5, 2012. 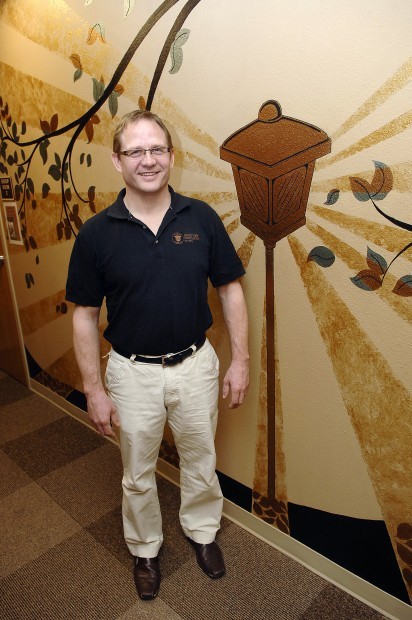 Heartview Foundation Executive Director Kurt Snyder stands next to a mural in the foundation lobby on Wednesday, Dec. 5, 2012. The lamp post is one of the foundation's symbols and was painted by a former client. 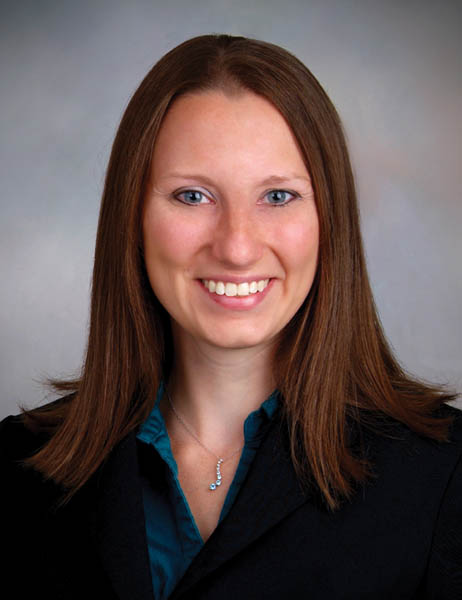 BISMARCK, N.D. - By the age of 14, about 41 percent of kids in the U.S. have had at least one drink of alcohol. The average age when Americans begin to drink regularly is 15.9 years old.

According to the U.S. Department of Health and Human Services, people who first begin using alcohol before the age of 15 are at greater risk to develop dependency problems later in life.

Frank Zajic was one of those kids. Zajic, who now lives in Denver, said he starting drinking in the eighth grade while a student at Hughes Junior High in Bismarck.

Now 50, he said it’s been close to 20 years since he had his last drink. It was a car crash and his second DUI that landed him in a hospital and jail that made him rethink the choices he had made leading up to that night.

“I started out like a lot of kids,” he said. “I was a weekend warrior.”

Zajic said his drinking increased during his college years and continued well into his adult life.

Aside from legal issues, underage drinking has serious physical and mental health issues.

According to the U.S. Department of Health and Human Services, the three leading causes of death for people under the age of 21 are automobile crashes, homicides and suicides. Alcohol is a leading factor in all three.

Sara Reinke is a pediatrician at Sanford Health in Bismarck. Until recently, Reinke said, it was thought the human brain stopped growing and developing at around the age of 18.

But new research suggests the brain continues to develop well into the 20s, she said.

When a developing brain is exposed to alcohol, that development is impaired, Reinke said.

Repeated exposure to alcohol by adolescents is now thought to have more of a cumulative effect than was previously thought, she said.

“The research is so new that we don’t know the long-term effects of alcohol use in adolescents,” Reinke said.

Alcohol affects the frontal lobe of the brain, or cerebral cortex, which controls emotions, short-term memory, motivation and certain behavior choices, among other things, Reinke said.

She said alcohol is a toxin to the human brain and suppresses judgment that would instinctually prevent people, especially adolescents, from engaging in risky behaviors.

Some of those behaviors include having unprotected sex, drunken driving, use of other drugs and alcohol-related violence.

It’s estimated 30,000 college students each year need medical attention because of overdosing on alcohol and 400,000 say they have had unprotected sex while drinking, something they wouldn’t have done if they were sober.

Kurt Snyder is the executive director of the Heartview Foundation in Bismarck, an addiction treatment center that has been in operation since 1964.

Snyder said in recent years the facility has been treating younger clients.

“I would say generally we are seeing a younger-aged population,” he said. He estimates about a fifth of the people who are in treatment at Heartview are younger than 21.

Synder said what science is learning is that repeated exposure to alcohol in a developing brain is, by definition, brain damage that, in some cases, is irreparable.

“Alcohol affects reasoning and judgment,” he said. “Those are the first things to go when kids drink.”

Synder also has seen an increase in parents seeking help — wondering what they can do to get through to their kids about the dangers of drinking.

There are resources and tools, Snyder said. Talking to kids about drinking, while uncomfortable to some parents, must be part of the solution, he said.

“Most of the time we don’t go far enough in talking to our kids,” he said.

It sounds cliche, he said, but kids need boundaries and they need to know there will be consequences to their actions.

He said the website Parents LEAD is a good resource for parents and others.

The statistics are hard to argue with, and Reinke said parents can be the key. She said signs there may be a problem are changes in their friends, grades slipping in school, getting into trouble at school, work or with the law, to name a few.

But as adolescents, they may not fully understand the risks associated with underage drinking.

“I think kids know there are dangers, but I don’t think they fully comprehend them,” Reinke said.

Learning to say no

Zajic said it took him a while to figure it out for himself. “For me, the party didn’t stop until I was 31,” he said.

Zajic knows first-hand that it’s difficult for a lot of kids in North Dakota to say no to drinking.

“It’s a social thing, especially in North Dakota,” he said. “When I was younger, that’s what everyone did.”

Zajic said he checked himself into rehab 19 years ago and things clicked.

Zajic said the reason for kids drinking now is likely the same one used in his day: “There’s nothing else to do.”

“My advice for kids now is there are other things to do besides drink. ... I just didn’t try to find them,” Zajic said.

Why this whole Australia town is underground

Why this whole Australia town is underground

Students, others take a stand against drinking

“I’ve seen enough people making a fool of themselves being drunk,” said Brandon Wetch. “I know how to have fun without alcohol.”

Heartview Foundation Executive Director Kurt Snyder at his desk in his Bismarck office on Wednesday, Dec. 5, 2012.

Heartview Foundation Executive Director Kurt Snyder stands next to a mural in the foundation lobby on Wednesday, Dec. 5, 2012. The lamp post is one of the foundation's symbols and was painted by a former client.