They get handed cases on short notice. They don’t have the option of refusing them. They don’t get to pick their clients. And people sometimes wonder how they can do what they do, especially when the court of public opinion can muster strong emotions.

But of all the obstacles a defense attorney can face, the biggest might be that of perception.

“The idea that we’re ‘just public defenders’ and not going to try our hardest, sometimes that exists,” said Travis Finck, deputy director of the North Dakota Commission on Legal Counsel for Indigents.

A person accused of a crime has the right to an attorney but may not be able to afford one. That’s when a public defender is appointed.

Public defenders represented defendants in about two-thirds of the felony cases and in about one-fourth of all criminal cases in North Dakota last year. The state's caseload has been somewhat level in the last couple of years, but there were 2,158 more felony filings last year than in 2012, according to data from the North Dakota court system. And it's getting harder to find attorneys to handle cases, according to Finck.

"It's just more difficult to find people to take cases because of what we pay versus what they can make in private practice," he said.

Providing those services has been eye-opening for Josh Weatherspoon, of Bismarck, who joined the North Dakota Bar in the fall of 2018. He does contract defense work and practices family law, and like many law school students envisioned himself becoming a prosecutor. Starting his career as a defense attorney has been beneficial for him and something he’s “more than happy to do,” he said.

“I feel like we have to ensure (defendants') constitutional rights are being attended to,” he said.

He sees the defense attorney’s role being less about getting an acquittal and more about getting the defendant the best deal possible. That sometimes means putting personal feelings aside and presenting a client with some hard truths. For example, a client who represents himself or herself -- especially one with substance abuse issues -- can be tempted to eye the short-term goal of getting out of jail. To accomplish that, they might agree to two years on probation.

“They’re never going to succeed,” Weatherspoon said. “They won’t check in with their probation officer. They’re not responsible.”

A better solution, he said, might be a 60-day jail sentence that includes treatment.

Other times, though, it’s better if a person isn’t in jail. He or she may have landed there because of a bad day, Weatherspoon said. A person in custody isn’t home with children and runs the risk of losing a job. That’s when an attorney can help address pretrial issues that might keep the person out of jail. Bond issues can be “a crap shoot” from case to case and judge to judge, he said.

One attorney who sees both sides of the aisle is Grant Walker.

He’s worked as a prosecutor in South Dakota, as a special assistant U.S. attorney, and as chief prosecutor on the Standing Rock Reservation. He served a term as state’s attorney in Walworth County, S.D., and now holds that position in Grant County. But he's also in private practice in Mandan and is under a half-time contract in the South Central Judicial District -- 150 cases per year -- as a public defender.

His philosophy of crime prevention has changed since his first job as a prosecutor. He was tough, seeking jail time for offenders “to clean up crime and never have crime in the community,” Walker said.

“That’s never the way,” he said. “Rehab is a smarter approach.”

Some offenders, maybe 25%, he said, deserve to spend time behind bars. But a first-time DUI offender, for example, could lose his or her job, home and family if the case isn’t handled properly. Prosecutors often don’t get to see that side of a case, Walker said.

“As a defense attorney, you get the opportunity to tell that story,” he said.

He once took up the cause of a young man who had represented himself in a misdemeanor case for failing to produce proof that he had car insurance, even though he had insurance. The man's family counted on him to run errands and give his siblings a ride to school every day. They met with Walker after learning the boy would lose his license.

“The mom was in tears; the kid thinks his life is in ruins,” Walker said. He contacted the state’s attorney in that county, who was willing to work with him on a solution.

“Without an attorney, that family would have been traumatized by the repercussions,” he said.

Representing one's self is similar in some ways to a person attempting his or her own plumbing, electrical or accounting work, according to South Central District Judge John Grinsteiner.

If a person doesn’t have the skills, “important things may be missed, and there are pitfalls to any process,” he said.

Grinsteiner sees another perception –- more outside the courtroom than inside -- that some defendants don’t deserve any representation. Though he notices it more in high-profile cases, attorneys like Walker and Weatherspoon can run into it as they handle their day-to-day caseload. For Weatherspoon, it came up when he defended a person accused of robbery. The robbery occurred in a business he and friends frequented, but he couldn’t let that be a detriment to a solid defense.

That’s another perception -- that an allegation is the same as a conviction -- that Finck said defense attorneys have to just roll with.

“It’s not my job to judge. Everyone is entitled to their day in court,” he said. “I’m still a firm believer that constitutional rights mean something.”

It’s not a glamorous job and it’s not for everyone, Finck said. But it’s an opportunity to help make a positive change in someone’s life, to lend an ear, find a solution.

“Victory for a public defender is measured so much differently because we don’t get to pick our cases,” he said.

An East Coast-based company that operates intermodal shipping facilities in Nebraska and Texas will run a new facility in Minot.

A McLean County ethanol plant is drilling a test well in which the facility’s carbon emissions could be injected underground for permanent storage. 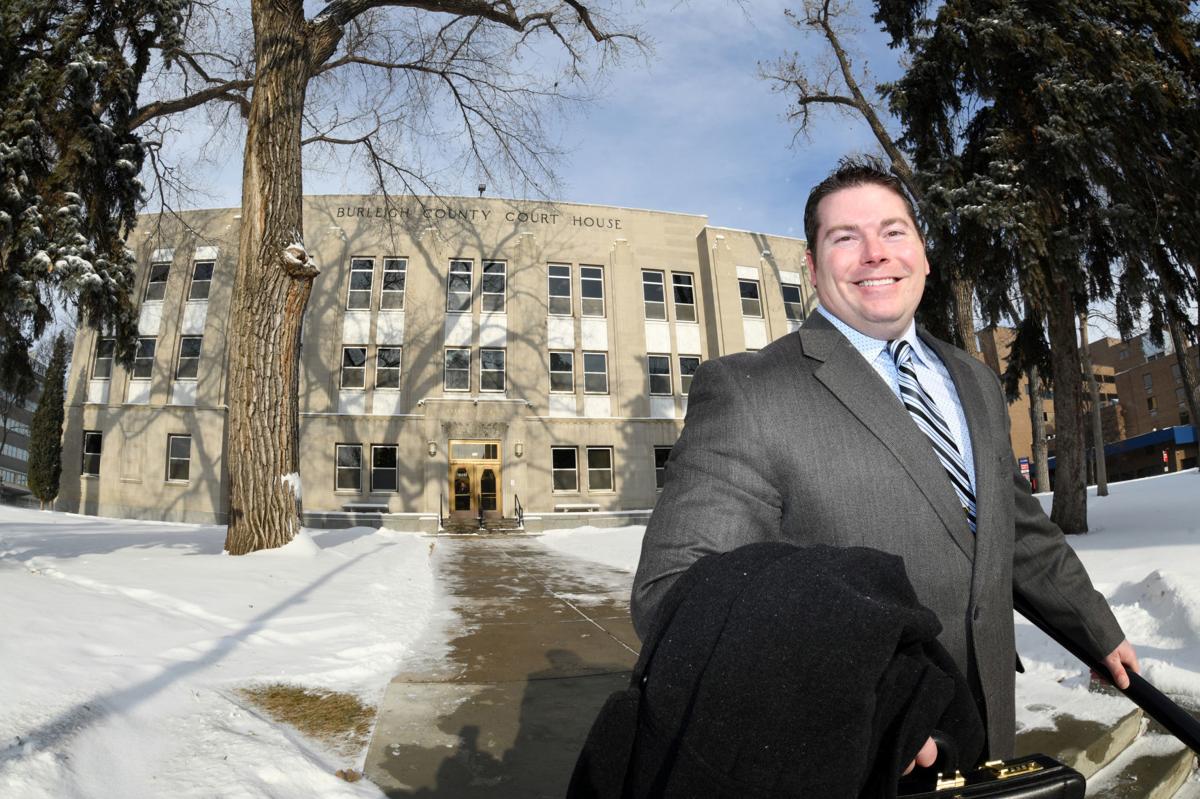 Defense attorney Grant Walker is also the state's attorney in Grant County. He is in private practice in Mandan and is under a half-time contract in the South Central Judicial District as a public defender. 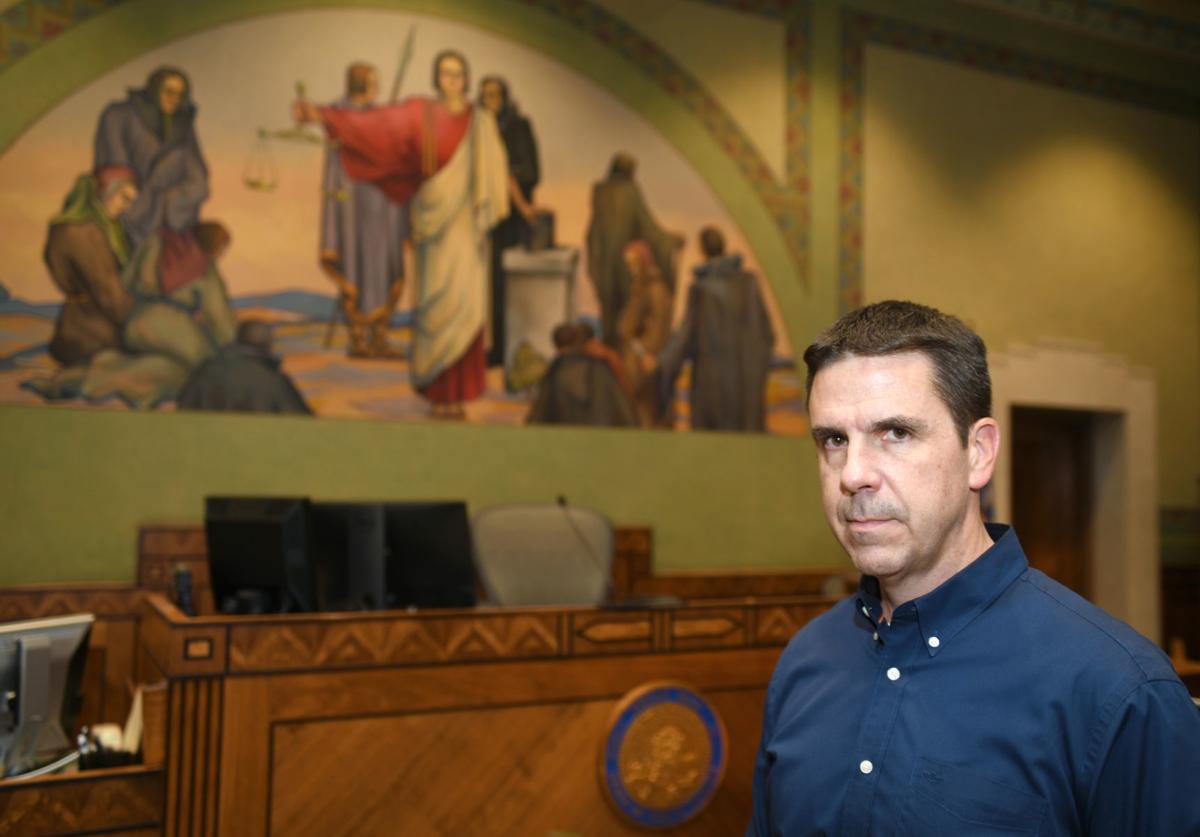 South Central District Judge John Grinsteiner says representing one's self in a court proceeding has its pitfalls if the person doesn't have the set of skills to navigate through the intricate court process. 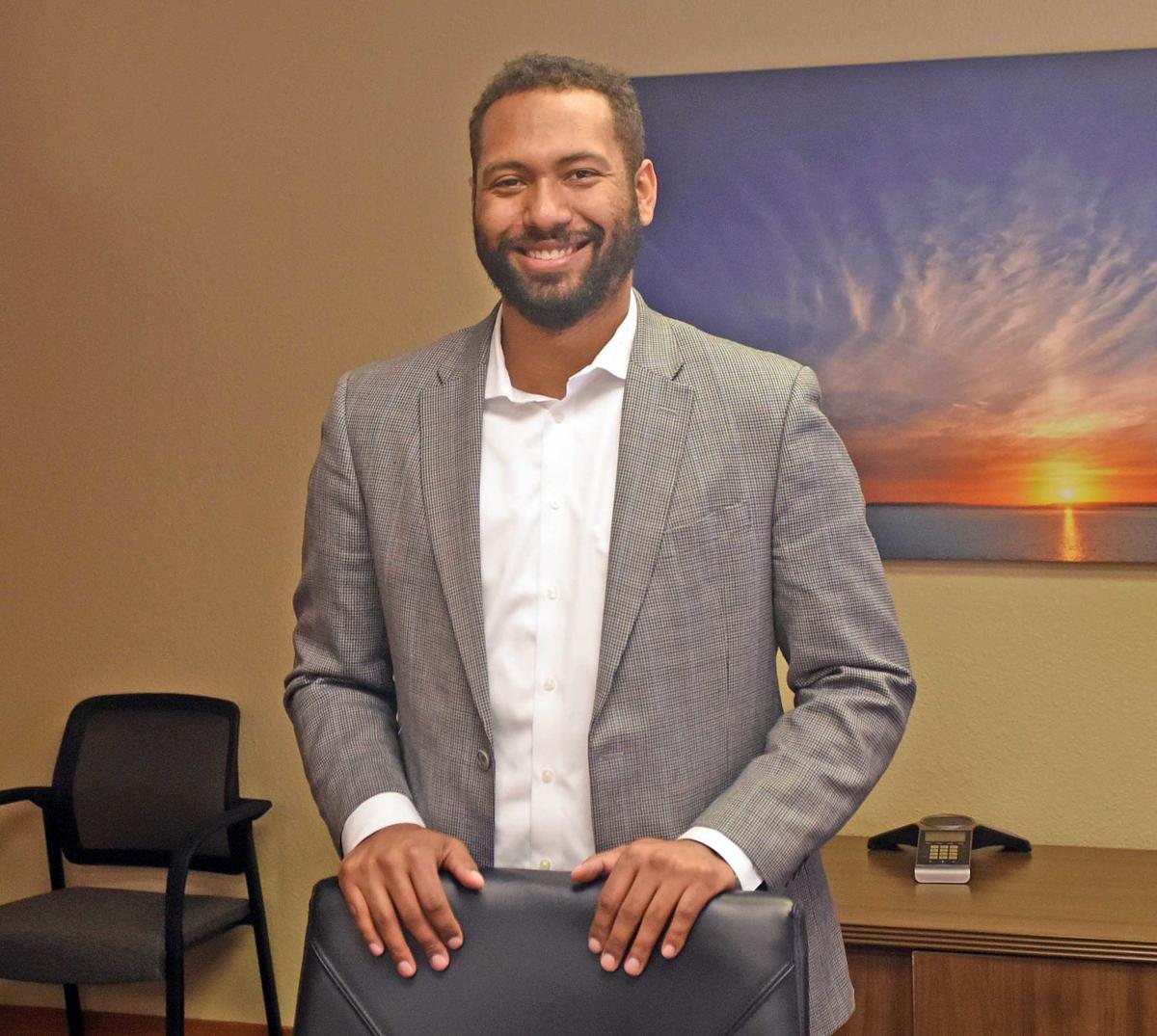 Josh Weatherspoon is an attorney at Mulloy Law in Bismarck, specializing in family law and defense. 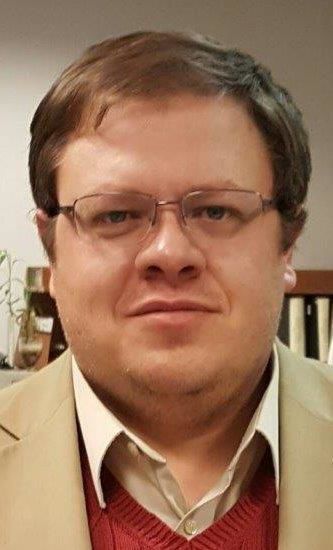