A project to capture carbon dioxide from a western North Dakota ethanol plant continues to advance as researchers work to better understand the geology below the facility.

Red Trail Energy in Richardton proposes to capture carbon dioxide rather than emit it into the atmosphere and inject it deep underground, reducing the carbon footprint of the ethanol plant to meet West Coast fuel standards.

The company recently completed a geophysical survey of eight square miles around the plant.

The work will help scientists at the University of North Dakota’s Energy and Environmental Research Center confirm details about the geology thousands of feet below ground, where carbon dioxide would be stored permanently.

CEO Gerald Bachmeier said the business evaluates the carbon capture and storage project after each phase to determine if it’s still viable or identify any roadblocks.

“To date, there’s nothing that indicates to us that we shouldn't be moving forward,” Bachmeier said.

Red Trail Energy’s goal is to produce ethanol that will meet the low carbon fuel standards of California or the Pacific Northwest, Bachmeier said.

“We’re looking at the technology to differentiate our company from any standard ethanol production facility,” Bachmeier said.

Charles Gorecki, director of subsurface research and development for the EERC, said completing the survey work is a significant milestone.

“It’s a step closer to implementation of a really exciting project,” Gorecki said.

Red Trail Energy obtained a permit from the North Dakota Industrial Commission to do a 3D seismic survey of land adjacent to the plant.

The EERC will receive the data after it’s been processed to gain a better understanding of the subsurface geology, Gorecki said.

The project is targeting the Broom Creek formation, about 6,400 feet below ground in that area, where carbon dioxide would be stored permanently in an injection well.

“They will use this to model how they think the CO2 is going to behave in the formation and to place that well in the optimum location,” Helms said.

The project would involve injecting about 160,000 metric tons of carbon dioxide per year into the well.

Carbon dioxide is buoyant and lighter than the brine that’s in the Broom Creek formation, Helms said. But there are multiple layers of protection in North Dakota geology to keep the carbon dioxide from escaping, Helms said.

Beneath Red Trail Energy, there are thousands of feet of shale and impermeable rock layers that protect groundwater. The seismic data will help identify any areas where there might be fractures in the rock, Helms said.

“The intention is for this carbon dioxide to be stored forever,” he said. “So we have to be very careful about any possible pathways for leakage.”

The seismic data also will help determine a monitoring plan for the project, Helms said.

The EERC hopes to complete the interpretation of the seismic data this summer. The current phase of the project, which involves further evaluation of the site, continues into next year. Other work includes baseline sampling of groundwater.

After that work is complete, Red Trail Energy will use the information to determine whether to advance to the next phase, which would involve permitting and drilling a well, Bachmeier said.

The entire project is estimated to cost $29 million, though that cost may come down as additional feasibility studies are conducted, Bachmeier said.

If the project advances, it would be the first injection well permitted in North Dakota to permanently store carbon dioxide, Helms said.

The earliest the plant would begin producing lower carbon intensity ethanol is in the first part of 2021, Bachmeier said.

Red Trail Energy could become the second ethanol plant in the country to implement carbon capture and sequestration.

Archer Daniels Midland Co. uses carbon capture and sequestration at an ethanol plant in Illinois. Red Trail Energy and EERC staff have traveled to the facility to learn from that project, Gorecki said.

The Industrial Commission would regulate the injection well and require safeguards such as a corrosion monitoring and prevention plan and a leak detection and reporting plan. Other permits that would be required include approval from the city of Richardton and Stark County.

“It is looking very viable, which is why we’re continuing to move forward at this point,” Gorecki said.

The technology involves capturing carbon emissions and injecting them underground for permanent storage. 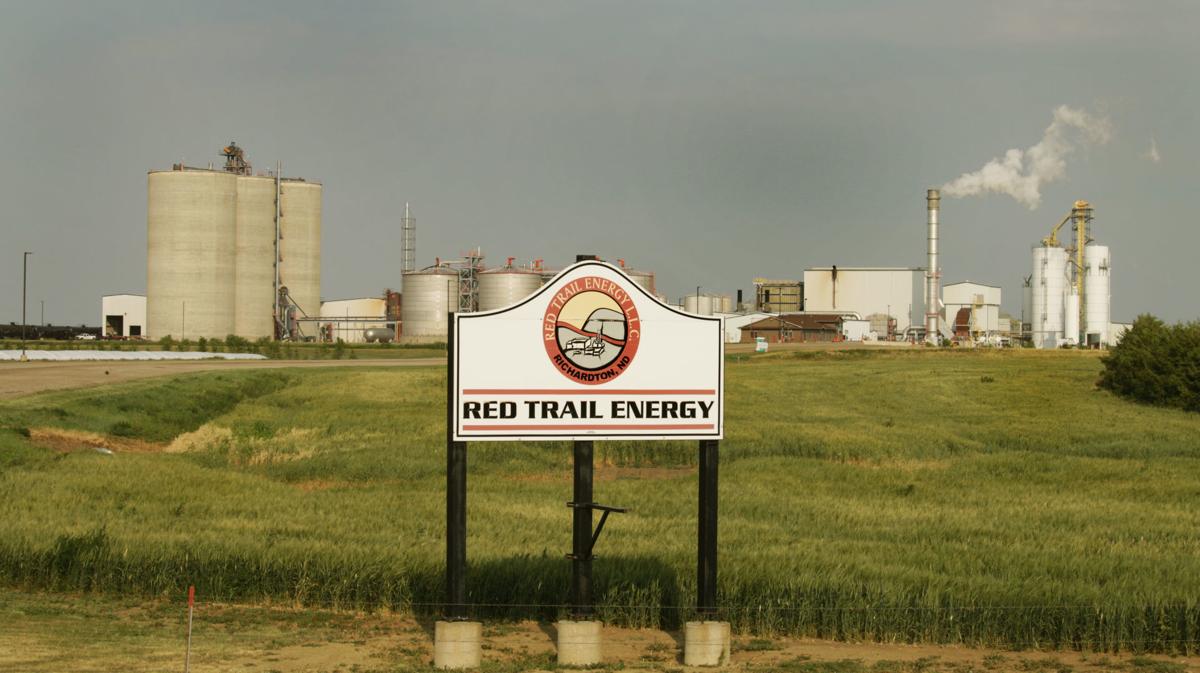 Red Trail Energy, shown on July 31, 2018, is moving forward with a carbon capture project and storage project that would reduce the carbon intensity of ethanol produced at the Richardton, N.D., plant. 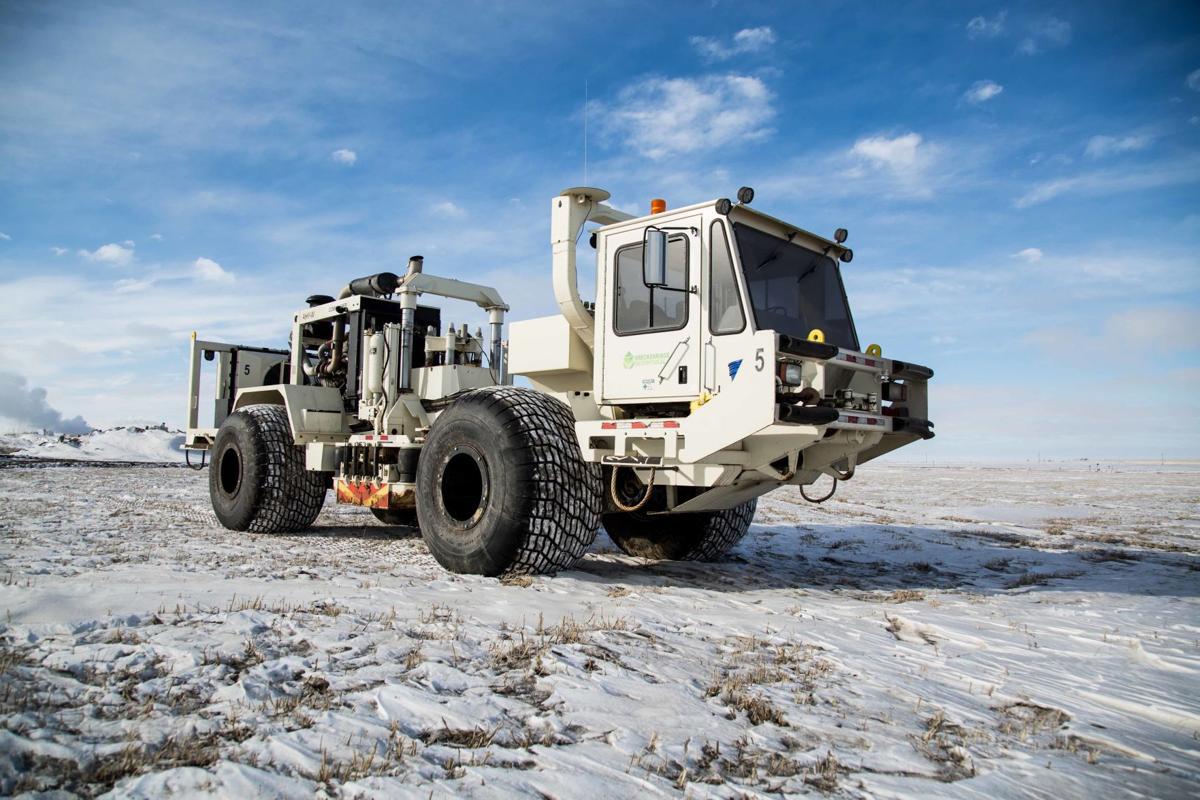 This is the equipment used to do 3D seismic survey of eight square miles around the Red Trail Energy ethanol plant in Richardton. 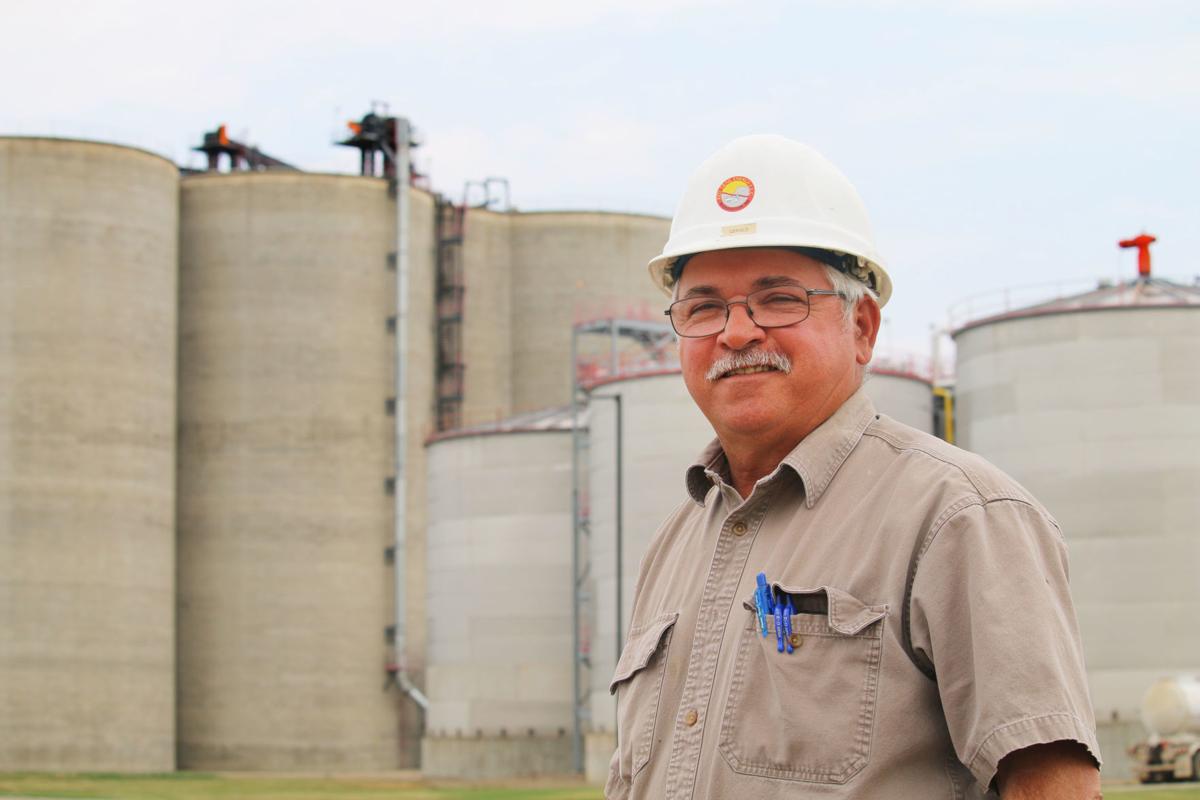