RICHARDTON -- Red Trail Energy is more than a month into its carbon capture and storage operations but still waiting to benefit from climate-conscious markets.

CEO Gerald Bachmeier during an open house at the Richardton plant on Wednesday said the facility has sequestered 19,335 metric tons of climate-warming carbon emissions since beginning its carbon capture operations in mid-June.

“It’s low-carbon fuel standard markets within the United States that makes it possible,” he said.

The ethanol facility has the first carbon capture and storage project approved under state primacy in the United States. Primacy refers to the state having primary enforcement authority. But the plant is still waiting to prosper from selling ethanol to the West Coast market, where states such as California have policies favoring fuels with a low carbon intensity.

“We do sell into those markets, but we have not yet gotten rewarded for the lower CI (carbon index) score that we do have today,” Plant Manager Kent Glasser said. “But the way the process works is we have to prove the reduction in our CI scores. So there’s a 90-day period where we have to gather data and basically produce the data to those markets that shows our CI score is actually lower. Our fuel is analyzed from start to finish -- cradle to grave, so to speak.”

Glasser added that the plant is about a month into the 90-day process of getting approval from the Oregon Department of Environmental Quality and the California Air Resource Board. He noted that Red Trail is analyzed for its carbon emissions from when the corn is planted, to the chemical processes used at the ethanol facility, to final combustion of the ethanol fuel in vehicles.

“So obviously the lower, the better,” he said.

Glasser walked through the carbon capture process, beginning with the corn used to make the fuel, and how it is stored in concrete silos on Red Trail’s property. Most of the corn comes in locally via truck. Starches in the corn are converted into edible sugars for yeast.

“The byproduct of fermentation is ethanol and CO2. From there, we have to separate out the ethanol, and we do that by distillation,” Glasser said.

Before, the carbon dioxide would get released into the atmosphere. Now, those emissions are being permanently stored in a well underground.

The first step in the carbon capture and storage process happens when CO2 hits the blowers, which sends it to a system where it’s turned from a gas to a liquid. It's then pumped into a transfer line underground, where it is permanently stored more than a mile below the surface in the Broom Creek rock formation.

“For now, it’s just being captured and stored. It can potentially, in the future, be used for other things,” Glasser said.

A landowners group will seek more than $275,000 in lawyers’ fees after North Dakota’s Supreme Court found a state law pushed by the energy industry amounted to the unconstitutional taking of private property rights. In a ruling last week, the state’s high court found key portions of the so-called pore space law passed in 2019 were unconstitutional. Pore spaces are cavities in rock and are used when the petroleum industry injects saltwater from oil and gas production underground. The Northwest Landowners Association sued the state arguing the law was a giveaway to the energy industry.

STURGIS — In the midst of temperatures reaching the mid-90s, the 82nd annual Sturgis Motorcycle Rally began at full throttle on Friday afternoon.

An energy study to determine whether salt caverns could be used in North Dakota to store gas and liquids is running millions of dollars over budget.

North Dakota’s Supreme Court has struck down key portions of a state law that a landowners group says was unconstitutional. The so-called pore space law passed the 2019 Legislature over the use of voids or cavities in underground rock formations. Pore spaces are used when the petroleum industry injects saltwater from oil and gas production underground for storage or for enhanced oil recovery. landowners sued the state arguing the law deprives them of their right to be compensated for the use of their pore space.  A state district judge last year ruled the law unconstitutional. Justices largely agreed. 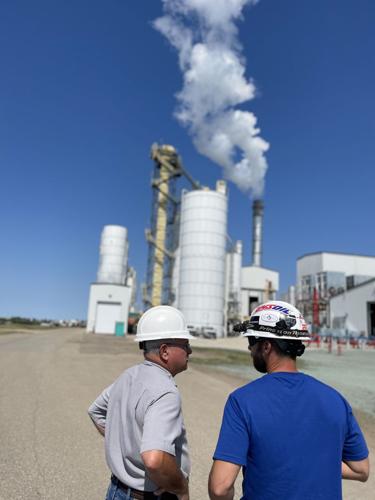 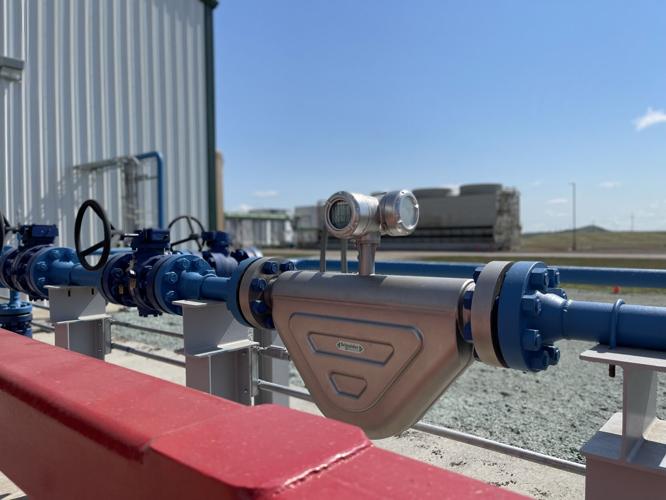 A transfer line that moves carbon emissions into a well underground is shown at Red Trail Energy's carbon capture and storage facility in Richardton.