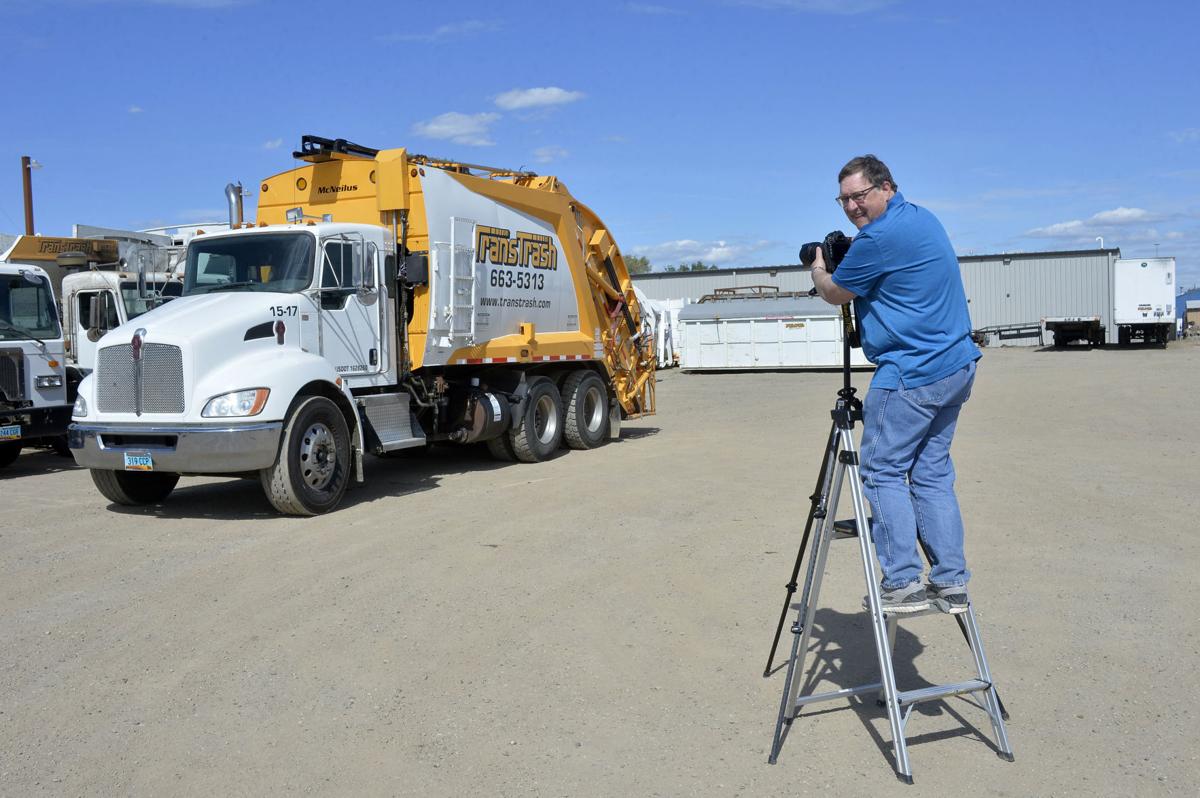 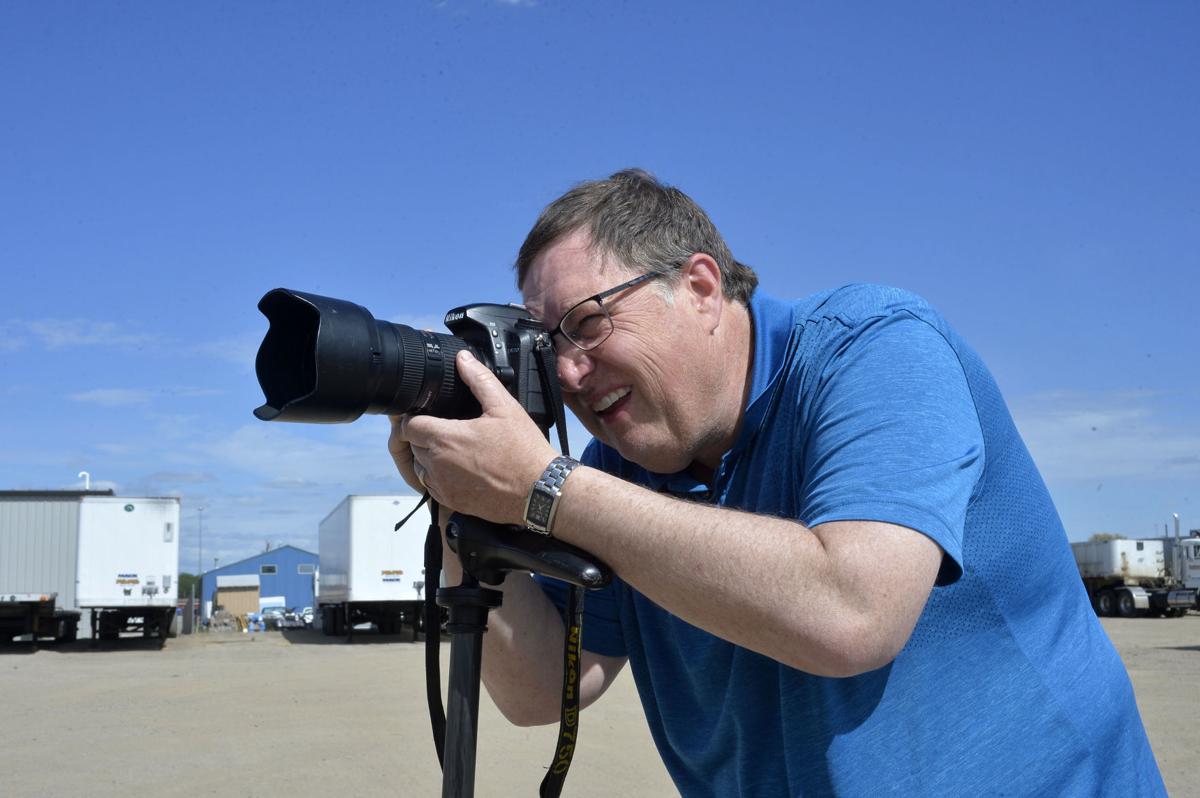 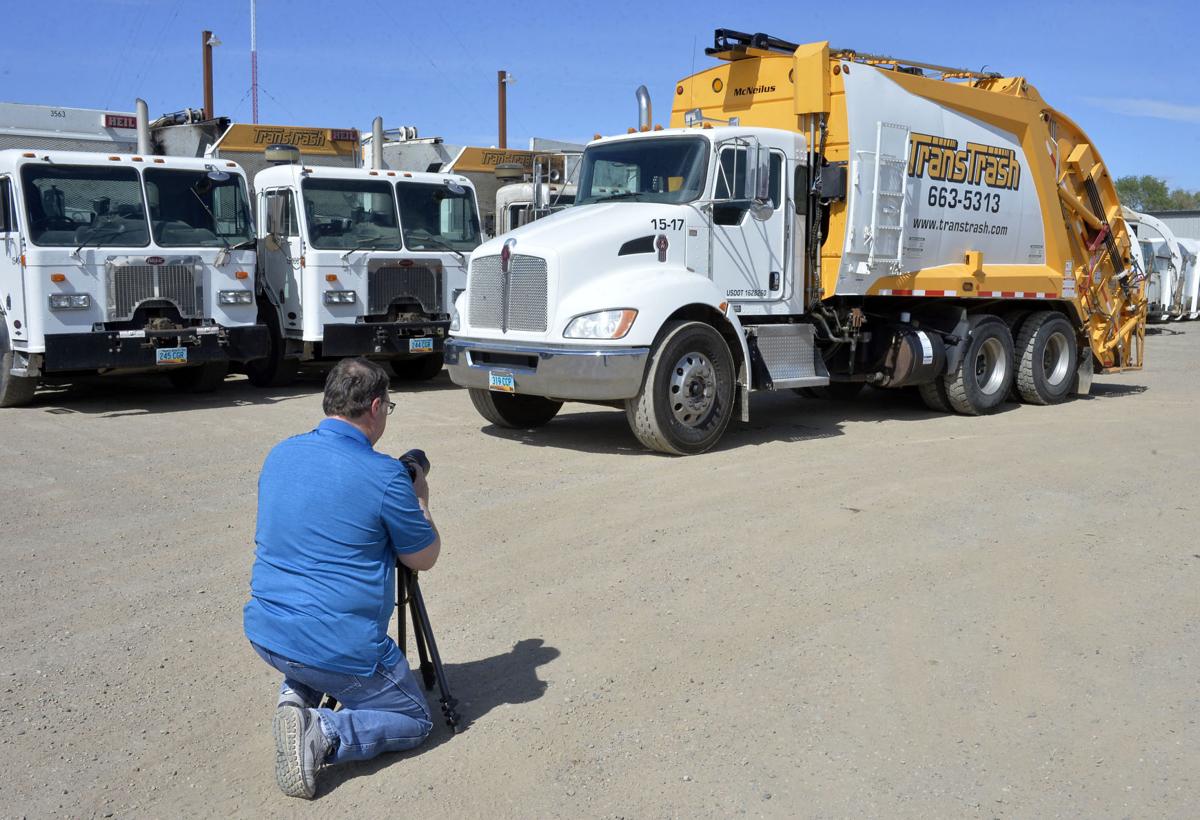 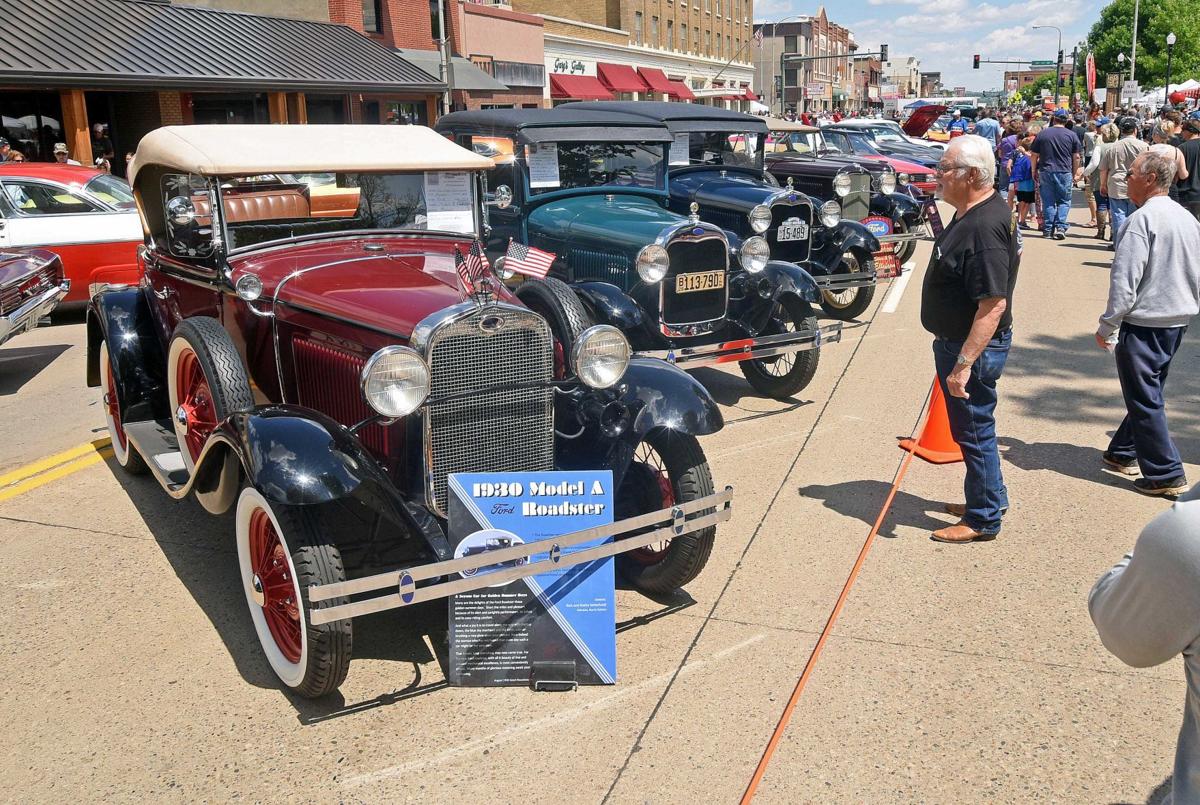 Gene Thomas, of Mandan, looks over a lineup of Ford Model A's on Main Street at the 26th annual Buggies-n-Blues on June 9, 2019, in Mandan. 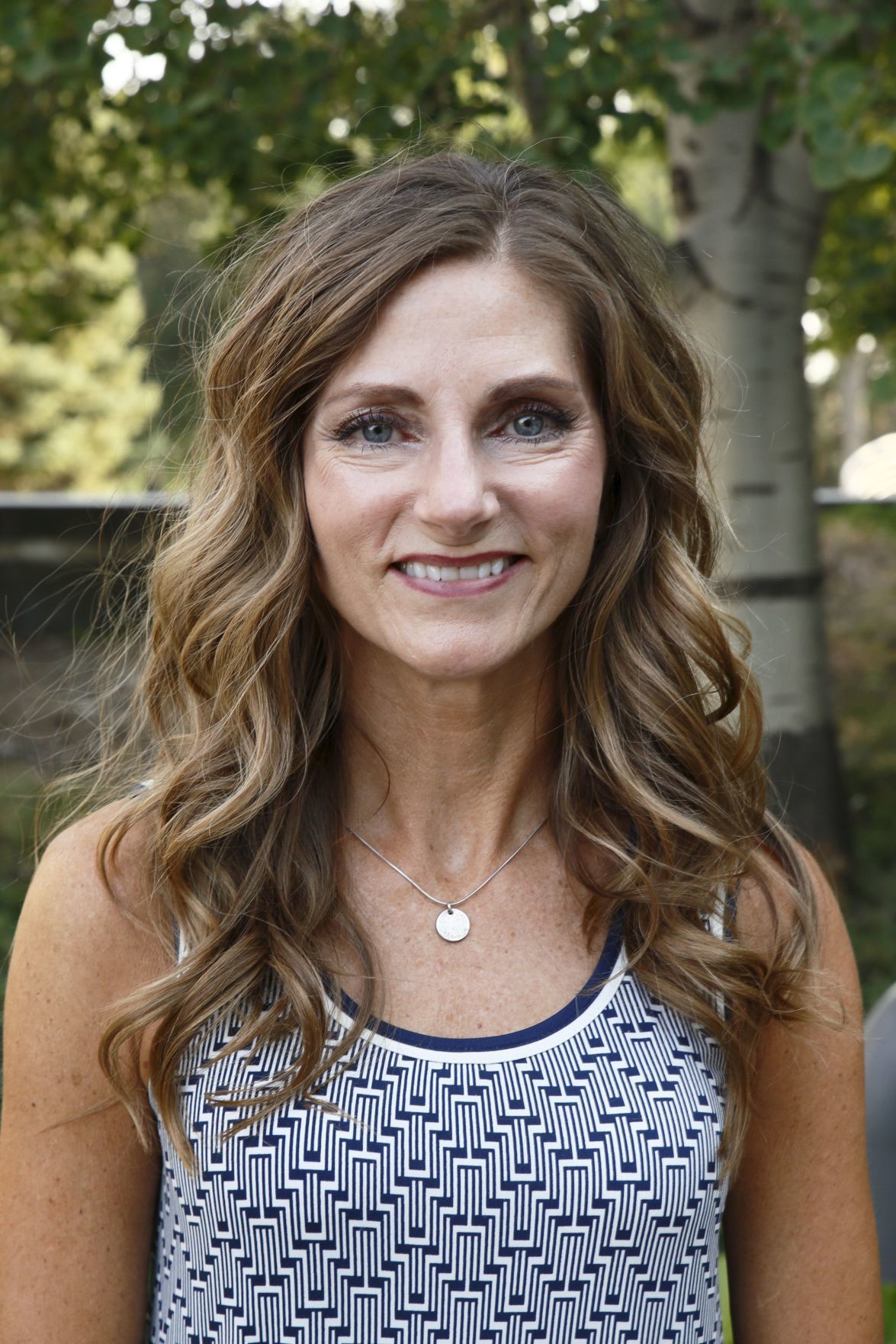 This year was supposed to be the 50th annual Roughrider Days in Dickinson.

"For what we are able to do and what we are doing this year, we're kind of playing with the idea of 49.5," Roughrider Commission President Cole Boespflug said.

Only a July 4 fireworks display will go on. The traditional rodeo, demolition derby, parade and concert set to be held over 10 days in June and July are canceled.

The coronavirus pandemic has led community organizations across North Dakota to cancel, postpone or scale back their summer events. The fests can draw hundreds, even thousands of people for parades, rodeos, dances, food and entertainment.

"It's definitely a different year for everybody," Boespflug said.

The Mandan Progress Organization has taken a few approaches to its summer events, which bring tens of thousands of people to the small city.

Touch a Truck was reconfigured from a live event to a coloring book activity for children, featuring pages of local businesses' trucks and automotive equipment. It will be published and distributed to youth in late June, Organization Executive Director Dot Frank said.

The July 4 parade was canceled due to crowd factors. Buggies-N-Blues was pushed from June to August.

Volunteers are working out how to safely host Mandan Rodeo Days and the Art in the Park Festival in July, Frank said.

Canceling or postponing summertime events has a "substantial" economic and social impact, according to Frank.

"We are very cognizant of the impact of not hosting these events on the ability for small businesses to generate much-needed revenue over the summer months," she said. "But on top of the risk of losing revenue ... these events bring people together to celebrate, and that's something that is priceless, really."

Tourism is North Dakota's No. 3 industry, comprising $3 billion of visitor spending in 2018. Outdoor recreation is traditionally the No. 1 tourism driver for North Dakota, but events and festivals are close behind, state Tourism Division Director Sara Otte Coleman said. From March 15 to May 16, North Dakota lost $428 million in visitor spending, she said.

Of that, $21 million is lost local tax revenue, according to Otte Coleman.

"Even if you just think about that number, those are dollars that help sustain the destinations, whether it's by funding their chambers (of commerce) or their convention and visitor bureaus or whether there's infrastructure programs in place," she said.

She would have liked to have seen state guidance for large gatherings published sooner than it was, though North Dakota was an early state to issue such protocols. She hopes communities' fests can be adapted or reconfigured since they're not as large a scale as the North Dakota State Fair or Red River Valley Fair, which have canceled.

"I'm hoping people can get creative and figure out how to make them work because people are really going to be looking for those kinds of activities this summer, and we think North Dakotans are going to be sticking closer to home and wanting some of that activity and entertainment," she said.

Washburn's Riverboat Days event was set for June 12-14, including a street dance, parade, bull-o-rama and other events, all highlighted by an all-school reunion. The Riverboat Days Committee decided to cancel in April due to the planning and travel involved for people attending the big reunion, President Suzy Jacobson said.

Riverboat Days is the biggest event on Washburn's calendar.

"It's a great time for friends and family that haven't seen each other for quite a few years to get together," Jacobson said. As many as 500 people have attended the street dance. Larger attendance was expected this year due to the all-school reunion. Now the slate of events is pushed to 2021.

Wilton's Park Board has postponed its Wild in Wilton event that was set for June 13. Park Board President Lisa Jenkins said the annual celebration will be pushed to September, likely as a smaller-scale, back-to-school street dance.

"Something simple and quick we can organize to have some fun for the community," she said.

Wild in Wilton has grown over the years with a dance, class reunions, kids games and a pub crawl. Community members from high school athletes to the local fire department help put on the fest.

It's not yet decided if Underwood's 10th annual Midsummer Classic will take place. The car fest, always the last Saturday in June, includes a parade of 100-130 cars down Main Street, a burnout contest, a stereo competition, dancing and family activities. A record 500 people attended in 2019.

Volunteer Deb Hatzenbuhler said organizers will meet again after a recent deadlocked decision of whether to move ahead.

"It's going to be hard to let it go," she said. "At the same time, we want to make sure everybody is still safe."

Organizers also have been watching North Dakota's color-coded Health Guidance System for moving from yellow for moderate risk to green for low risk, when as many as 500 people can gather for events, up from 250. The Midsummer Classic is the biggest event of the year for Underwood businesses, Hatzenbuhler said.

North Dakota's longest-running ethnic festival has scaled back its schedule of events. The 121st annual Deuce of August held in Mountain in northeastern North Dakota will go ahead with its parade, but its tractor pull and kids pedal tractor pull are canceled.

Icelandic Communities Association President Curtis Olafson said other events of the July 30-Aug. 2 festival will be decided at a June 13 board meeting, but he expects further cancellations.

The Deuce is a popular event, drawing as many as 5,000 people over the three-day weekend to Mountain, population 75.

One or two busloads of Icelandic tourists, as many as 200 in some years, also attend, as well as Icelandic government officials. Five sitting prime ministers have visited over the years, as well as Cabinet ministers, ambassadors and Iceland's president.

There won't be any Icelandic visitors in 2020.

"We’re definitely in uncharted territory for all of us," Olafson said.

One of North Dakota's largest juried art shows and sales has been pushed to October. The Nelson County Arts Council typically hosts the Pekin Days Art Show in Pekin, southeast of Devils Lake, over four days in June.

The event features local and regional artists, usually corresponding with Pekin Days, a town celebration. The 2019 event sold 300 pieces of art and raised nearly $30,000 for artists, Council Executive Director Kirby Berg said. About 2,000 people attend the show in a town of 70.

"We've just basically kicked the can a couple months back, and we're hoping that after school starts up again and everyone has a better handle on what's going on, we'll be able to host our indoor art show," Berg said.

The centennial Slope County Fair is set for Aug. 28-30. As many as 2,500 people attend the fair, which includes a rodeo, talent show and ribs cook-off. Eighty 4-H'ers present their animals, arts, crafts, sewing and baking projects. A threshing bee with old-time equipment is set as a centennial fair event.

Slope County Extension Agent Shelby Hewson said the fair is far enough out that its board is able to adjust plans amid the pandemic. Fair planners are holding off on ordering additional commemorative centennial items, which have a four-week order window.

"Either way, we're hoping that if we can't have our full fair, then we will most likely plan for next year for the 100th, so just postpone it a year and then hopefully still be able to have something for our 4-H kids so they can show their animals and their projects," Hewson said.

She jokes that the fair more than doubles the population of Slope County, which has about 750 residents.

"We are very, very excited, but again, if we have to do it in 2021, we won't be sad because we'll come back better than ever," Hewson said.

North Dakota's tourist destinations are weighing what their summer could be like amid the coronavirus pandemic.

Gene Thomas, of Mandan, looks over a lineup of Ford Model A's on Main Street at the 26th annual Buggies-n-Blues on June 9, 2019, in Mandan. 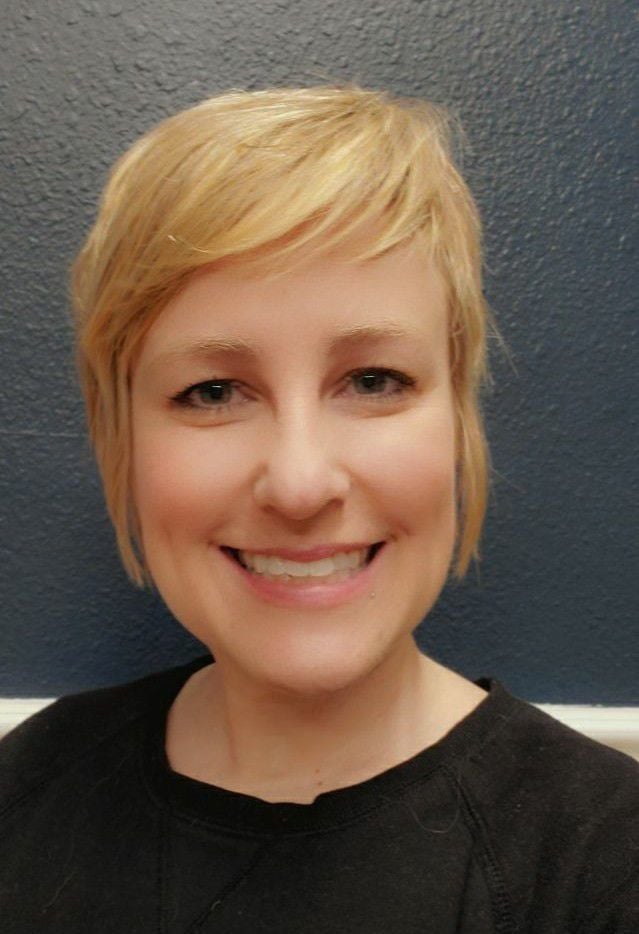 Dot Frank is executive director of the Mandan Progress Organization.