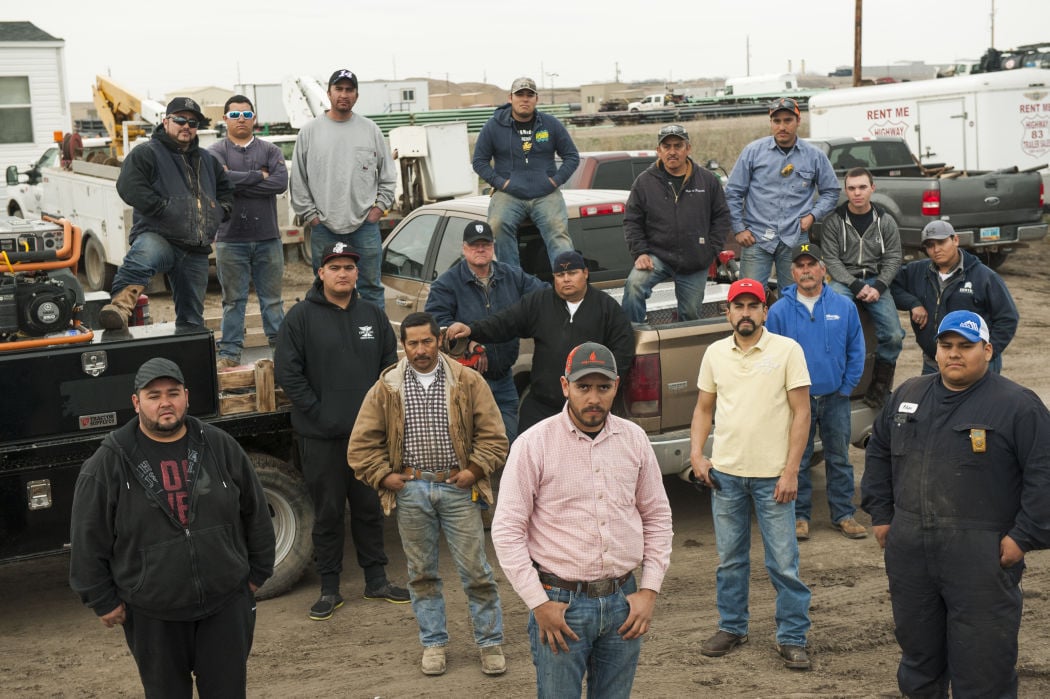 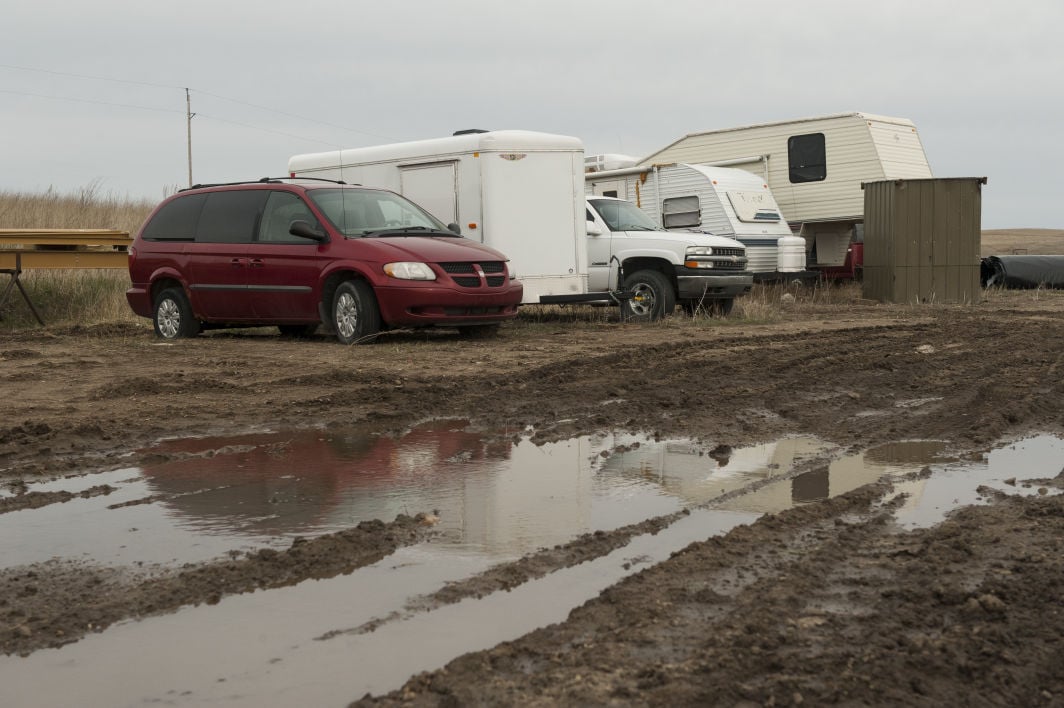 STANLEY – At least 42 employees of a North Dakota oilfield service company that folded a year ago are still owed hundreds of thousands in unpaid wages in a business debacle that also took its toll on Minnesota investors and other companies.

Lawsuits and red tape have yet to bring any relief to the oilfield workers.

For Armando Barrera, the missing paycheck and lost job meant his wife and kids had to leave North Dakota to live with family in Texas.

Felipe Salgado returned his new truck to the dealership and moved into a smaller house with his brothers.

Armando Casas got behind on his bills and borrowed money from friends.

The former employees of WCE Oil Field Services say they struggled to survive after the company stopped operating and didn’t pay workers for their final weeks of work.

“It’s not right what they did to us. We’re hard workers, we’re here to support our families,” said Amado Enrique de Leon, who is owed $19,000 in wages, penalties and interest.

A labor union is now working to try to hold someone accountable to the workers as the former company is tied up in a web of litigation that includes a dispute between the founders of the company and private equity investors.

One of the investors says the company failed due to a series of business misfortunes that coincided with the crash in oil prices. In addition to the workers, many Minnesota investors also suffered a “devastating loss,” and the bank, vendors and other creditors are still owed money as well, said Jack Helms, CEO of Minneapolis-based Helms Capital, one of the firms that invested in the company.

“Sometimes there just isn’t anybody to blame,” said Helms, who said he was a minority investor and board member of WCE. “It was a confluence of incredibly unfortunate, concurrent events, some bad luck and some unfortunate mistakes that got made in good faith.”

The North Dakota Department of Labor has received wage claims for 42 employees of Fargo-based WCE Oil Field Services, which did pipeline projects and oil-related construction and maintenance work.

Labor Commissioner Troy Seibel said it’s one of the largest claims the department has ever received against a single employer, and the complaints keep coming.

“That number continues to grow,” Seibel said. “I don’t know when it will stop.”

WCE has not responded to the labor department’s demand for payment, so now the Attorney General’s Office is involved to attempt to enforce the payment, Seibel said.

A judge recently awarded a judgment against WCE for more than $570,000 owed to 29 employees in wages, interest and penalties. The labor department plans to seek a second court action for the remaining claims, and could potentially seek a third if more employees come forward within the two-year statute of limitations, Seibel said.

The labor department also has investigated claims from WCE workers who say their health insurance was canceled even though they had paid premiums, Seibel said.

Andrew Altringer, an accountant who worked in WCE’s Fargo office until the company abruptly stopped operating in May 2015, is owed about $12,000 by WCE, according to the court judgment. He doubts he’ll ever get paid.

“They broke state laws by not paying us and no one cares,” Altringer said. “I just don’t understand how that happens.”

The WCE investors sent a letter to former workers last summer explaining a series of troubles that led up to the company's financial demise.

The first involved a dispute between WCE and one of its big customers, Caliber Midstream. WCE claims that Caliber still owes money for a project, but Caliber countered that WCE overbilled. A lawsuit is still pending.

Next, WCE lost money on a pipeline project for Oneok, which investors attributed to a combination of underestimating the bid and poor execution at the job site.

The financial strain on WCE hit a breaking point while the company worked on a gathering pipeline system in McKenzie County for Paradigm Energy Partners of Texas.

WCE contends that a testing company that X-rayed welds on the pipeline used faulty equipment or faulty film that cost WCE $2.5 million to retest and verify the welds. WCE also is suing the testing company.

In addition, the timing of construction on the Paradigm project was pushed back from fall to winter, which cost WCE significantly more money than it bid for the project.

All told, WCE lost about $6 million from those three contracts at the same time that oil prices began to crash in late 2014 and new business came to a standstill.

“The reason we lost the company was a combination of these three really bad contracts and the collapse of the market at the same time,” Helms said.

Investors said they tried to help the company survive in early 2015 by infusing more money while attempting to settle the pending lawsuits.

But in May 2015, the bank pulled its line of credit and refused to advance money for payroll, Helms said.

“We were dumbfounded and caught flat-footed,” Helms said. “It was 10 days worth of work and the company had no resources to pay payroll.”

Todd Louis, one of the original founders of WCE, disputes the investors’ account of what happened and instead points to mismanagement by the private equity investors who purchased about 65 percent ownership of the company in fall 2014. Louis and one of his partners also have pursued litigation against the new investors.

“They talked a pretty good game. They painted a picture of significant growth, of some acquisitions, some of the tools they could bring to the table,” Louis said. “It felt good, otherwise we wouldn’t have sold the company at the time.”

Louis, who founded the company with his partners in 2008 and retained some ownership in the company when it was sold, said the investors attempted to run the company from Minnesota without hiring management with adequate expertise in the oil industry.

Helms counters that the three contracts that cost the company money were negotiated by the founders of the company. The investors, primarily from Minnesota, also lost money when they lost the company to the bank, he said.

“I think everybody loses in a terrible situation like this. All the vendors who did work for WCE lost their accounts receivable. All the investors lost all of their money. The bank lost a lot of money,” Helms said.

A court-appointed receiver in Minneapolis now has control of the assets while the matters are pending in court. A representative for the receiver declined to comment.

“There’s very little left in the way of assets, but we’re still going to carry out our own efforts through the Attorney General’s Office to see if we can locate anything for these workers,” Seibel said.

A Saturday auction near Scranton will put dozens of antique and collectible cars in the hands of new owners and change the way Neil and Rosalie Krinke drive to church.

A Dickinson woman is dead following a three-vehicle crash south of Killdeer on Friday afternoon.

North Dakota Gov. Doug Burgum is upset that the Biden administration has not lifted a ban on travel across the Canada-U.S. land border, callin…

North Dakota has officially lost its status as the nation’s second biggest oil producer, but a new industry rapidly gaining momentum in the state has offset officials’ disappointment.

North Dakota officials seek permission from federal regulators to free up potentially millions of unused phone numbers and keep the state under one area code.