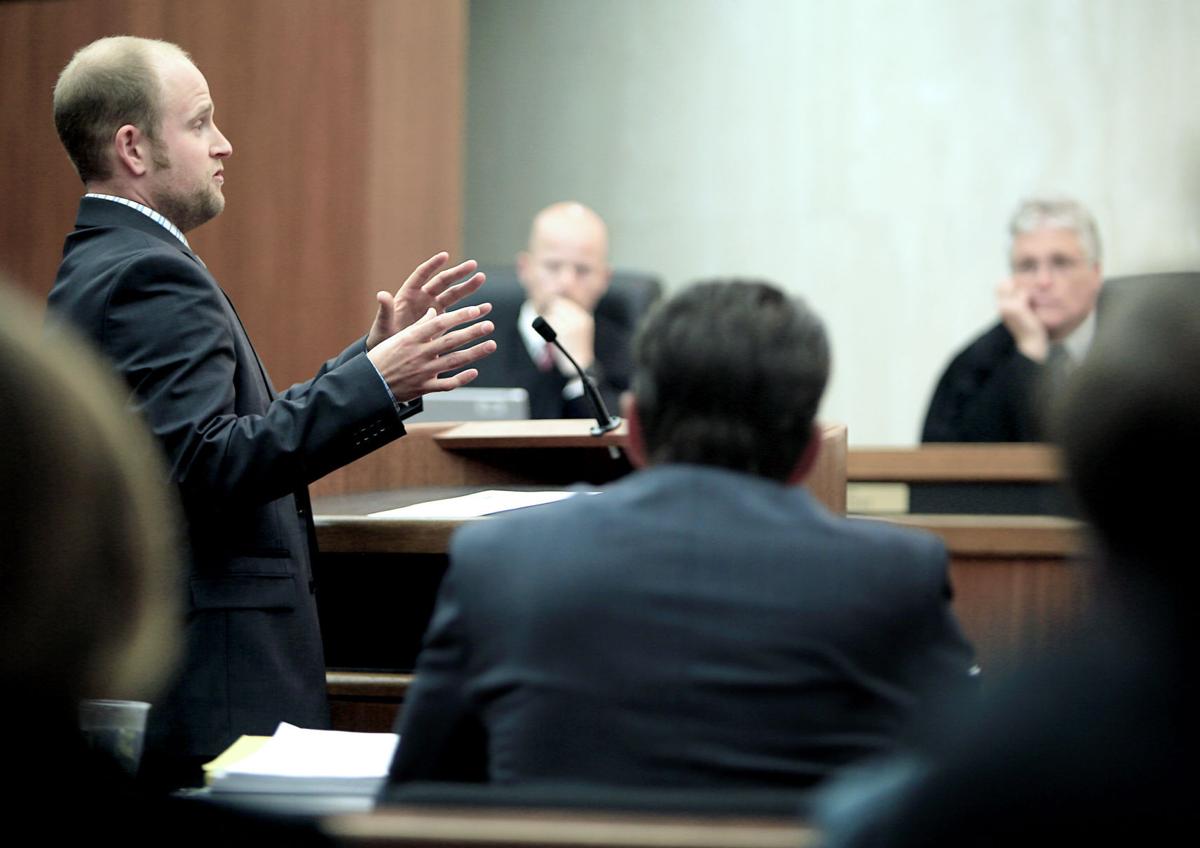 Josh Swanson, an attorney representing the Wilkinson family, presented his arguments in June to the justices of the North Dakota Supreme Court in the Wilkinson v. Board of University and School Lands case at the state Capitol in Bismarck. 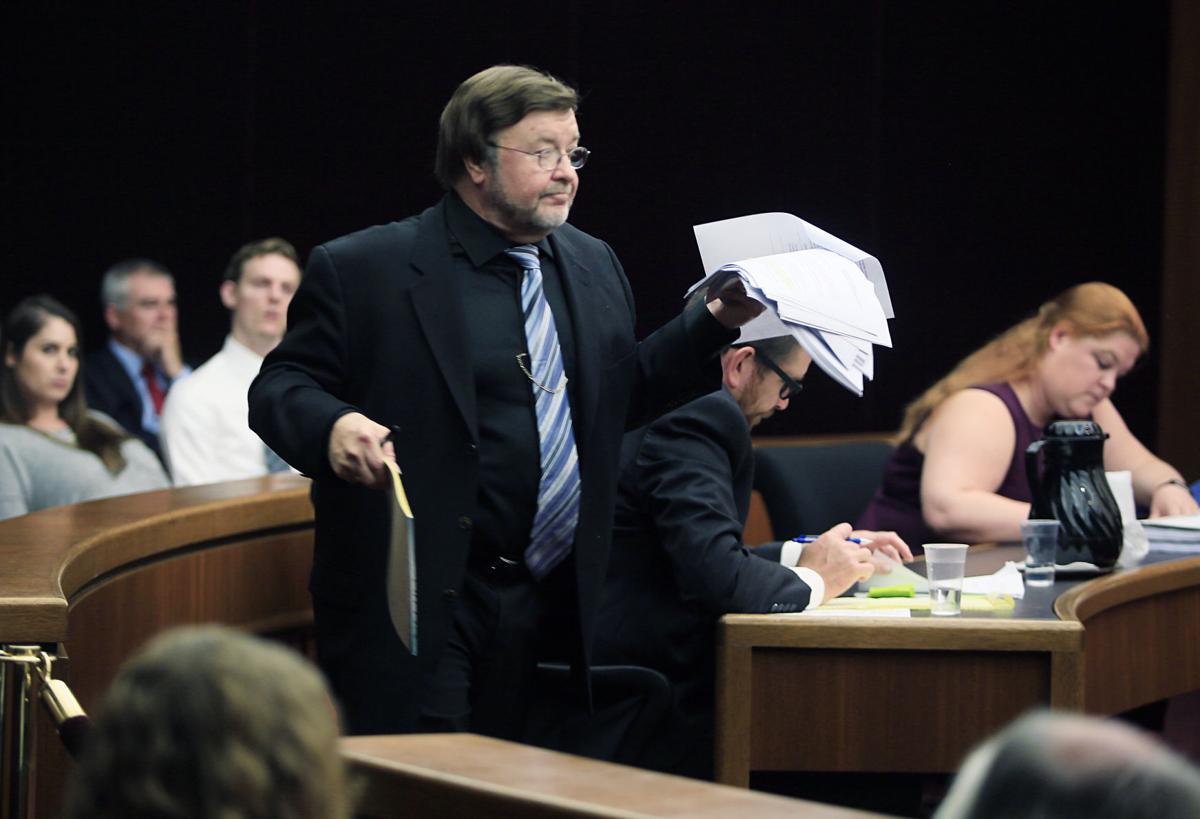 Oil industry representatives, state officials and other observers filled the courtroom Monday as the North Dakota Supreme Court heard oral arguments in a mineral rights dispute that could have implications for other regional property owners.

Attorneys for the William S. Wilkinson family argue the state took their clients’ oil and gas mineral rights from property acquired by the federal government for the construction of the Garrison Dam.

The family is seeking the state Supreme Court to recognize that an unconstitutional action occurred.

“If they were to prevail here, there would probably be a lot of other happy mineral owners,” said attorney Josh Swanson. “It’ll impact mineral owners up and down Lake Sakakawea like the Wilkinsons whose property was acquired for Garrison Dam and Lake Sakakawea.”

But the attorney representing the state Board of University and School Lands, the agency that manages state-owned minerals, disagrees with the family’s claim.

Assistant Attorney General Jennifer Verleger said the state is a property owner in a dispute with its neighbor over the property boundary.

Uncertainty over mineral ownership under Lake Sakakawea and the Missouri River has caused multiple parties to claim ownership of the same minerals, sometimes leading to litigation. Oil industry leaders have said the uncertainty deters oil development around Lake Sakakawea, located in the heart of the Bakken.

The Justices, who peppered the attorneys with questions, took the issues under advisement Monday. Southeast Judicial District Judge Jay Schmitz sat in for Justice Carol Ronning Kapsner, who recused herself.

Several relatives of the Wilkinson family attended the hearing, including family member Lana Sundahl who traveled from Washington state.

“We’re very, very hopeful,” Sundahl said after the hearing. “This is our grandparents’ legacy to us.”

State lawmakers spent significant time during the recent session to approve Senate Bill 2134, a bill inspired by the Wilkinson dispute.

The new law clarifies that the state does not own minerals under Lake Sakakawea and sets up a process to define the ordinary high water mark of the Missouri River channel as it existed before the Garrison Dam.

The Department of Mineral Resources has put out a request for proposals and will hire a consultant to assist with that review.

Oil industry attorneys representing Statoil and EOG Resources argued the case should be sent back to district court to reconsider in light of the new legislation.

Sunisa Lee's father after gold: 'Is this real?'

Sunisa Lee's father after gold: 'Is this real?'

Josh Swanson, an attorney representing the Wilkinson family, presented his arguments in June to the justices of the North Dakota Supreme Court in the Wilkinson v. Board of University and School Lands case at the state Capitol in Bismarck.