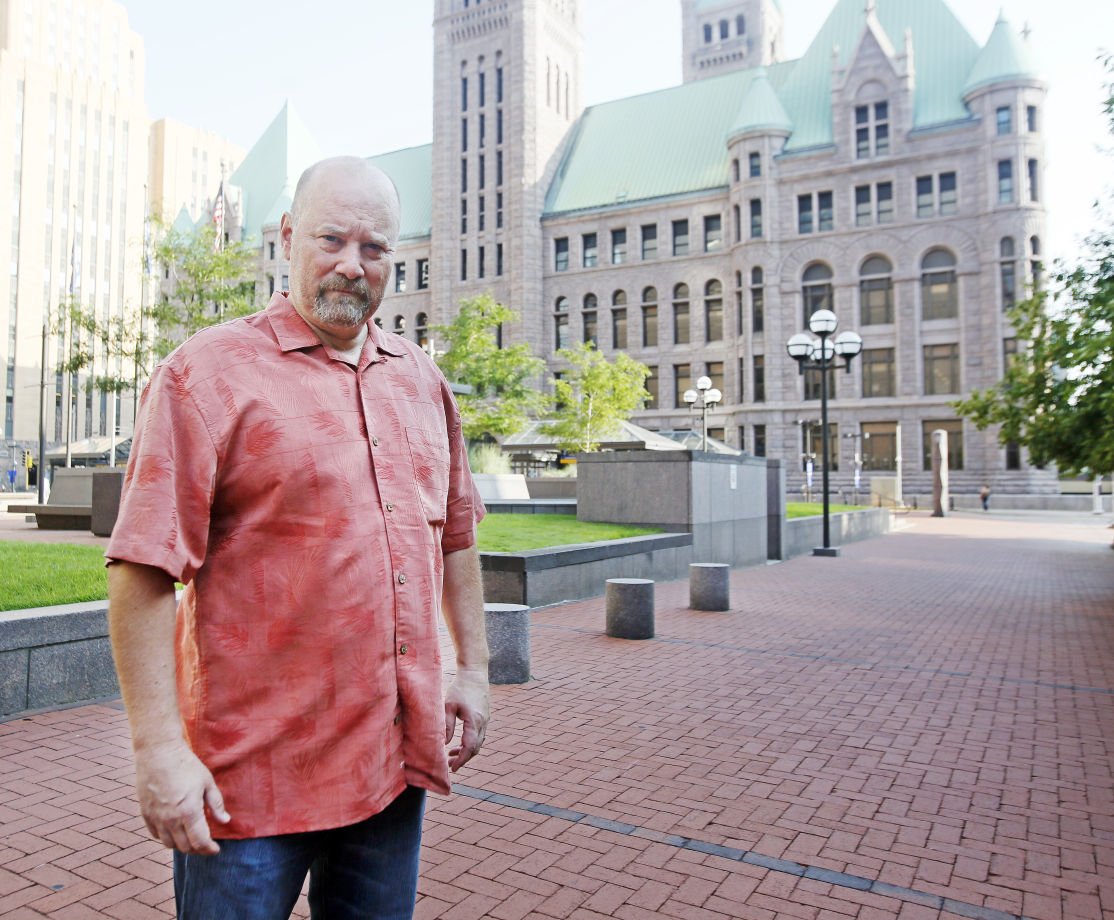 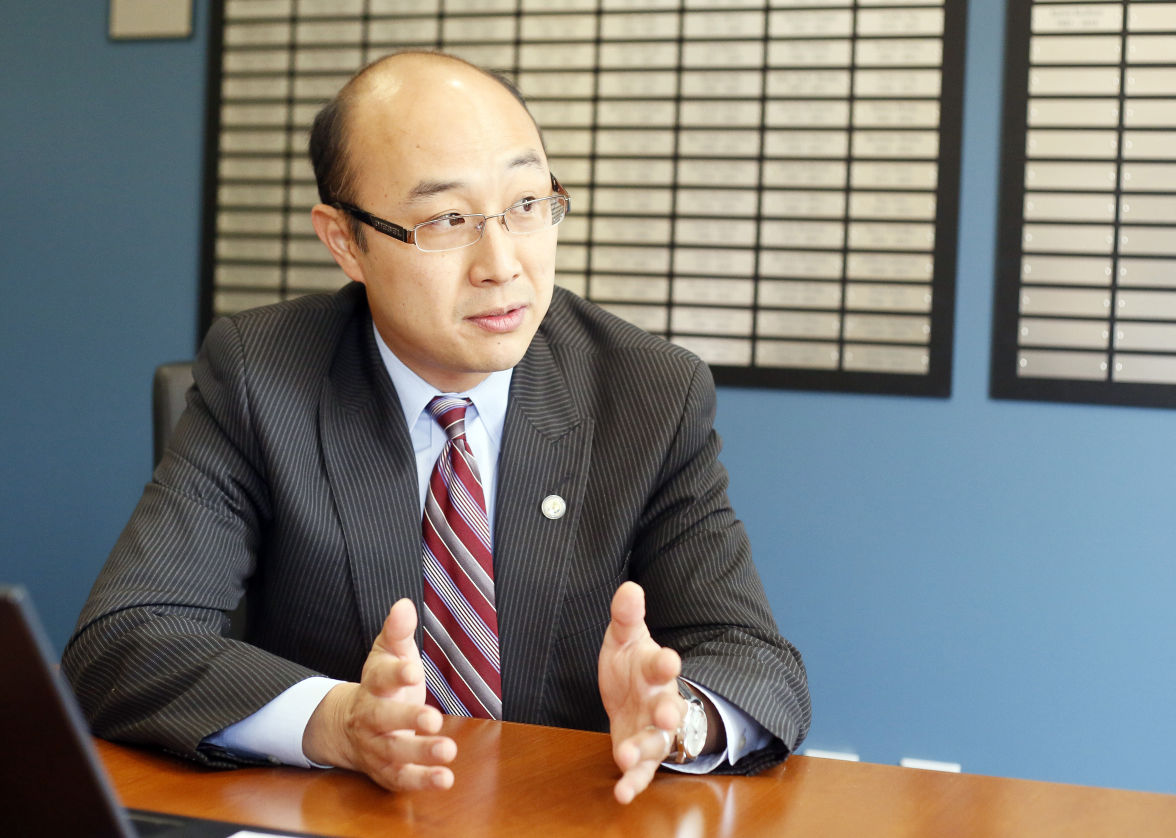 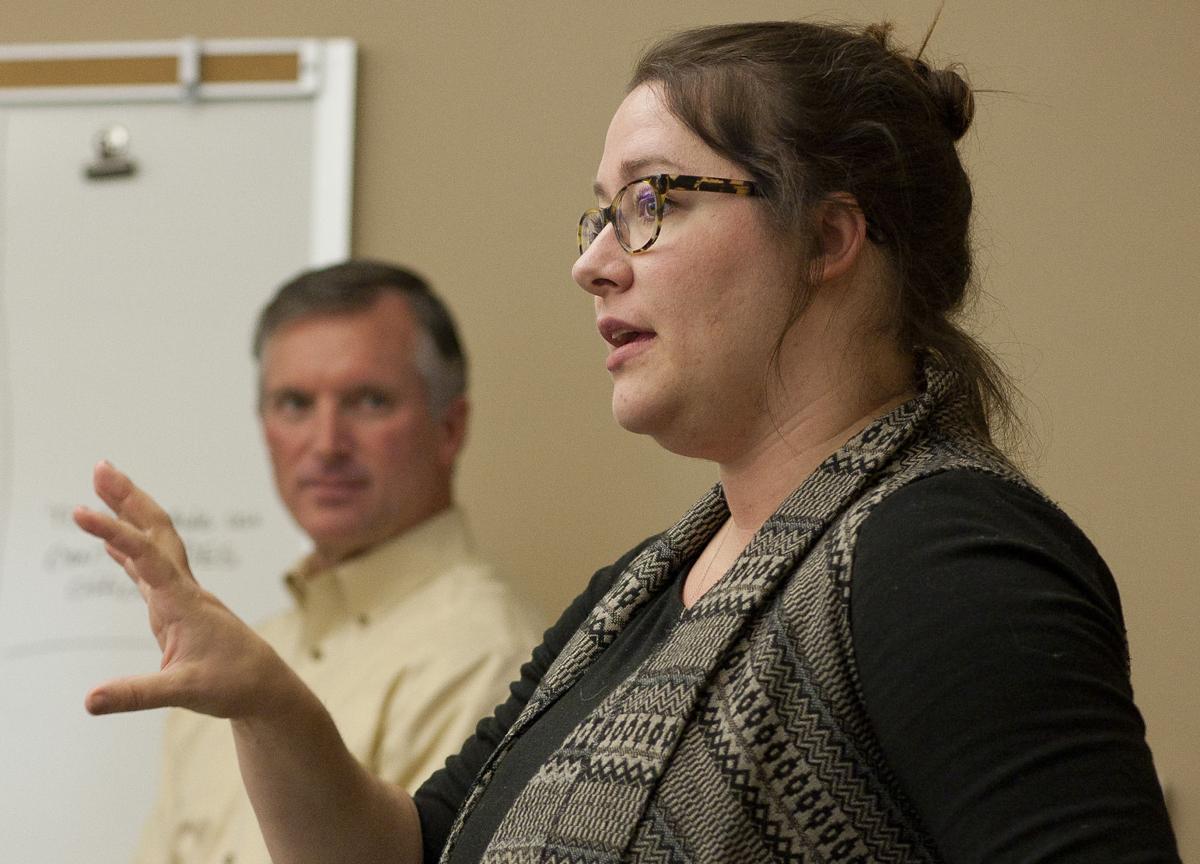 Juveniles who engage in commercial sex in North Dakota would be considered victims and not face punishment under a new bill drafted for introduction at the 2015 state Legislature.

Under that same bill, adults convicted of sex trafficking would face increased penalties.

If approved, North Dakota would join a growing number of states with “Safe Harbor” laws decriminalizing prostitution for minors.

Legislators and others should understand that the proposal is not a broad legalization of prostitution, Sambor said, but aims to help authorities and advocates rescue children who have been lured or coerced into prostitution while increasing pressure on adults who exploit them.

In other situations, such as statutory rape, the law already puts the responsibility for sexual relations between adults and minors on the adult, she said.

Prostitution is illegal in 49 states. In Nevada, the commercial sex trade is legal as regulated by the state government.

Legalization of prostitution, as a way to control how and where it is practiced, has long been debated. There has been vigorous international debate over the so-called Swedish Model, which makes it a crime in that country to purchase sex but not to sell it. In New Zealand, both the purchase and the sale of sex are decriminalized.

The proposed change to North Dakota law, which will be introduced by the state Uniform Law Commission, is more comprehensive than the state’s current statutes against human trafficking, said South Central Judicial District Judge Gail Hagerty, a member of the commission.

“It’s a complete package in that it provides criminal penalties, it provides an opportunity for civil lawsuits to recover damages and it provides a component for prevention of human trafficking,” Hagerty said.

The proposal is modeled after the act adopted by the national Uniform Law Commission. A goal of adopting the uniform act is so trafficking laws are similar from state to state.

“This is an interstate operation,” said Rep. Larry Klemin, R-Bismarck, a uniform law commissioner. “The more that we can have the laws consistent from one jurisdiction to another, the better it is to coordinate all of the activities involved.”

Immunity for minors -- often referred to as Safe Harbor -- is just one aspect of the proposed law. It includes immunity for prostitution offenses as well as forgery, theft or insufficient fund or credit offenses if those crimes were committed as a result of being a human trafficking victim.

“I think you don’t want to get in a situation where a young person has that kind of record or is carrying around some kind of stigma,” Hagerty said. “It’s going to prevent them from achieving things in life.”

“Overall, the concept when you talk to prosecutors statewide, they would agree that human trafficking and the sex industry is at a level that we’ve never seen before, and that clearly needs some legislative action,” Birst said.

Human trafficking is to be a major topic at the association’s annual meeting later this month.

Most prosecutors would look at minors involved in commercial sex as someone who needs services, not prosecution, even without a Safe Harbor law, he said.

“In reality, we probably wouldn’t be prosecuting those juveniles anyway,” Birst said.

With a Safe Harbor law, the juveniles would not go through the juvenile court system, but would instead be provided with services, Sambor said.

The question for North Dakota to figure out, however, is how to handle minors identified as sex trafficking victims outside the juvenile justice system.

“Are our existing services ready to take that on?” Sambor said.

As the proposal is currently written, North Dakota’s new law on human trafficking does not include any funding to serve victims. A separate proposal being discussed would allocate $500,000 to a pilot program for victim services, and the governor’s budget does include funding for a victim advocate within the Bureau of Criminal Investigation.

In Minnesota, where a Safe Harbor law took effect in August, about $5 million in state funding has been dedicated to housing for trafficking victims and other services in the past two years.

Erin Ceynar, corporate and major gifts officer for the Women’s Foundation of Minnesota, said funding to support Safe Harbor is critical. Ceynar, a native of Williston, N.D., who is paying close attention to the human trafficking issue in her home state, said if North Dakota approves a Safe Harbor law this session, the big question will be where minor victims of sex trafficking go for safe, secure housing and trauma services.

“North Dakota needs lots of money for victim services. There really isn't infrastructure for this. It needs to be built,” Ceynar said.

North Dakota Attorney General Wayne Stenehjem said he plans to support the proposed uniform law. In addition to immunity for minors, it allows adults charged with prostitution to assert an “affirmative defense” that they were victims of trafficking.

“My view is if you’re a victim of human trafficking, you’re not a criminal and you should not be charged as such,” Stenehjem said.

In South Dakota, prostitution is decriminalized for juveniles 16 and under.

John Choi, county attorney for Ramsey County in Minnesota, said that state’s Safe Harbor law was key to helping prosecutors go after traffickers. Even before the law took effect this past August, law enforcement handled the juveniles in the child protection system rather than in juvenile court.

No state has a Safe Harbor-type law for adult victims of sex trafficking, but some states and local communities have approaches that come close, said Britanny Vanderhoof, chief of policy counsel for Polaris.

For example, New York and Louisiana have prostitution courts similar to drug courts with specialized judges who work with prosecutors and defendants to figure out what services are best, Vanderhoof said.

In Minnesota, some law enforcement agencies refer women to programs such as Breaking Free in St. Paul rather than arrest them for prostitution.

“I would hope that city prosecutors and police would understand by now that if you're 19 years of age and you're engaged in being prostituted -- that they would recognize that for the vast majority of these women, they’re not really choosing to do this,” Choi said.

Grant Snyder, a sergeant with the Minneapolis Police Department who has trained law enforcement in North Dakota, said while some want to consider every instance of prostitution as human trafficking, that isn’t the case.

“Not every crime of prostitution is human trafficking. It’s not,” Snyder said.

But Snyder, who has interviewed more than 1,000 women and girls involved in prostitution, said it’s more effective for law enforcement to connect them with services than to make an arrest. However, that’s challenging in a state like North Dakota that doesn't have enough services to meet the need.

Nationally, women continue to be arrested for prostitution rather than being treated as trafficking victims, Vanderhoof said.

“We still continue to see more women being arrested for prostitution than traffickers being arrested or, frankly, purchasers of sex being arrested,” Vanderhoof said. “I still think that there’s a lot of assumptions and misconceptions that need to be challenged.”

For the “affirmative defense” portion of human trafficking laws to be effective, the victims need to know the opportunity to assert that defense exists. Ideally, prosecutors, judges, public defenders and law enforcement, as well as victim advocates, need training about the law, Vanderhoof said.

More people nationally are supportive of children involved in commercial sex being treated as victims, but not adults, she said.

“That level of understanding and recognition around adult victims of sex trafficking is not happening as widely, so that is still a level of education we need to work on,” Vanderhoof said.

Directed the commissioner of public safety to work with stakeholders to create a victim-centered, statewide response for sexually exploited youth.

Exclude sexually exploited youth under 18 from the definition of delinquent child. This will resolve the conflict that defines in law a sexually exploited youth as both a victim and delinquent. If youth engage in conduct that relates to being hired, offering to be hired or agreeing to be hired by another individual to engage in sexual conduct, they will no longer be charged with a crime for this act.

Find out more about the uniform law on human trafficking that North Dakota will consider at www.letsendhumantrafficking.org

While four years ago the bureau was involved in a sting targeting and arresting women working in prostitution in Williston, the focus today is on investigating the traffickers.