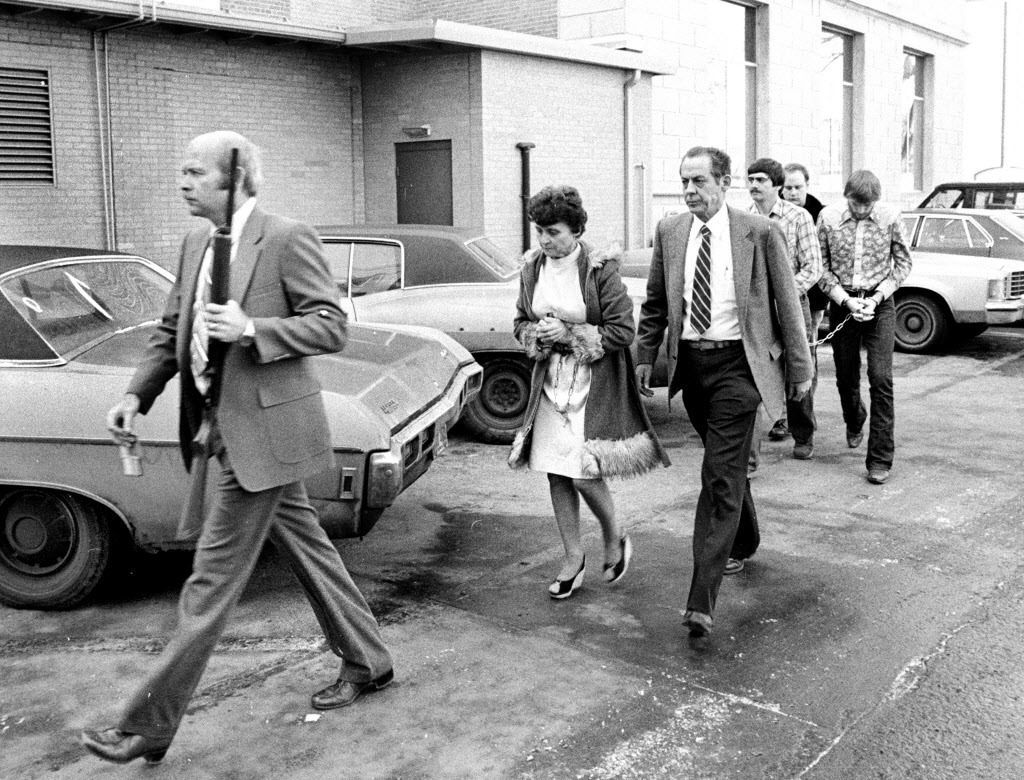 Four persons were bound over for trial in U.S. District Court Feb. 22, 1983, after appearing at a preliminary hearing before the federal magistrate in Fargo in connection with the shooting deaths of two U.S. Marshals. 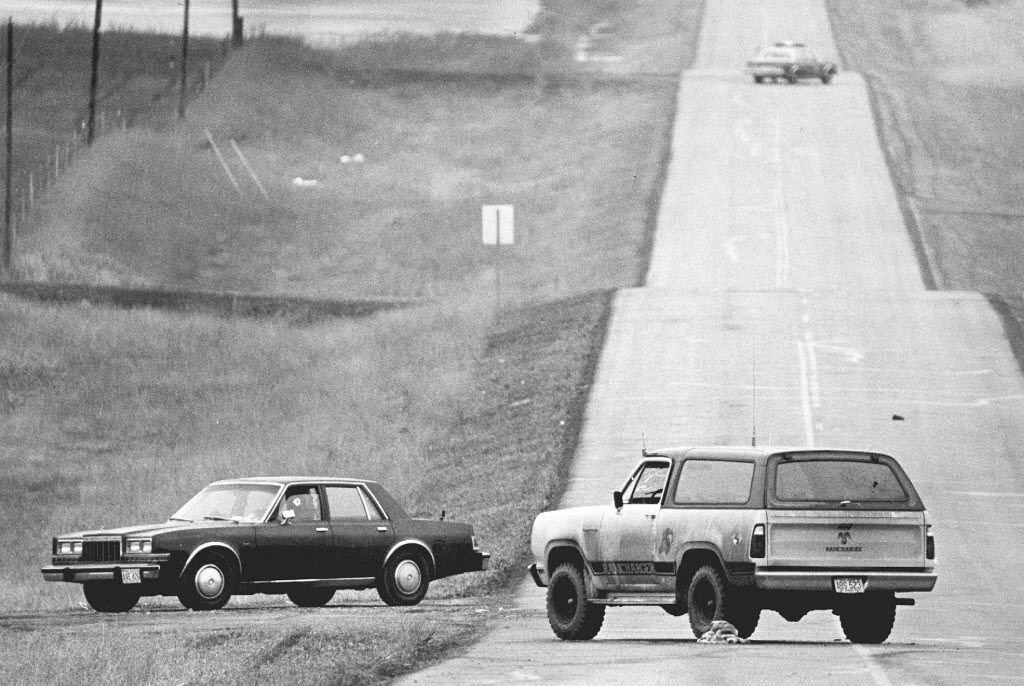 The scene of the Gordon Kahl shootout with U.S. marshals in 1983 near Medina. 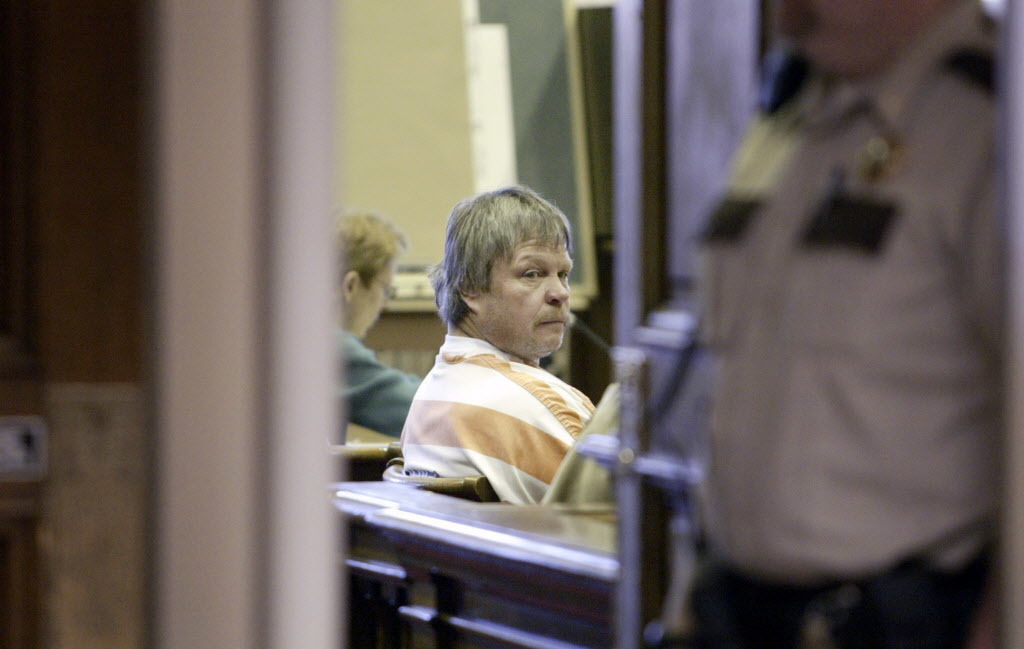 Daniel Lee Jantzen waits for his initial court appearance in 2003 in Barnes County District Court where he was charged with three murders and one attempted murder in Valley City. 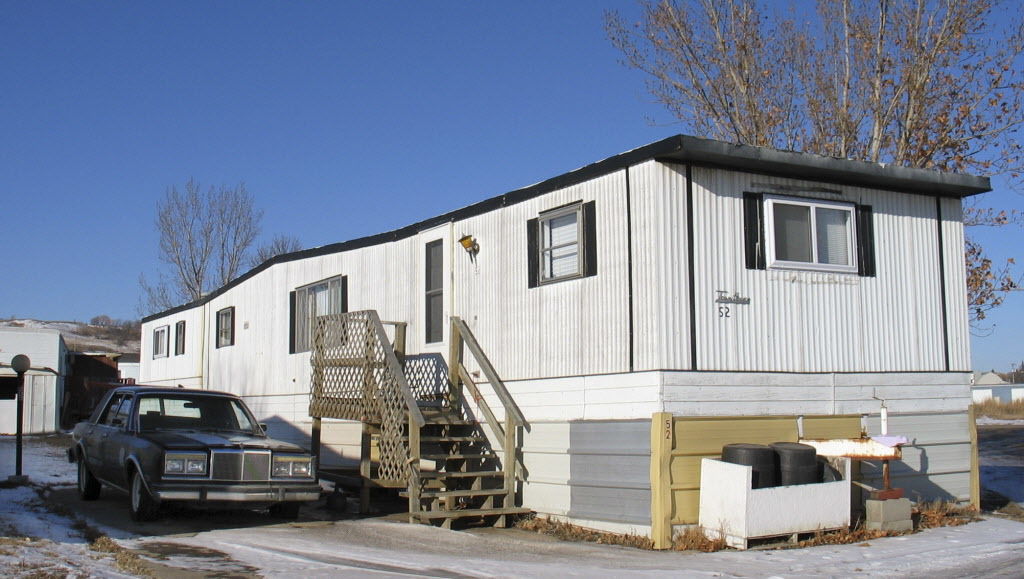 Sharon Hatcher and her daughter, April, and April's boyfriend, Michael Barnett Jr., were murdered by Daniel Lee Jantzen in this Valley City mobile home on April 15, 2003. 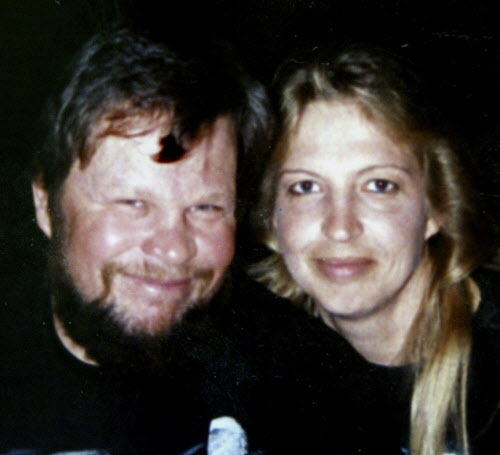 FARGO — North Dakota may be known as the Peace Garden state, but it's not immune to mass shootings or mass killings.

The state has a history of murderous episodes, with the most recent tragedy being this week's quadruple homicide at a Mandan business.

On Monday, the owner and three employees of RJR Management & Maintenance were killed. Three of the victims were shot and stabbed, and a fourth victim was stabbed, according to court documents.

Police have arrested 44-year-old Chad Isaak, of Washburn, in connection with the four deaths. Though the motive is unknown, Isaak lived in a mobile home park managed by the business targeted in the deadly attack.

There isn’t a strict definition of a mass killing, but the FBI defines mass murder as the killing of four or more people, typically in a single location.

The Gun Violence Archive, an online national database, defines a mass shooting as one in which four or more people are shot or killed, not including the killer. Since the database started tracking mass shootings in 2013, North Dakota and neighboring states like Minnesota, South Dakota and Montana haven’t made the list.

However, in the past 100 years, North Dakota has recorded at least six shootings, aside from the Mandan slayings, that killed or injured three or more people. Here's a look at those attacks, originally published in a 2015 Forum of Fargo-Moorhead article:

The brutal murder of Jacob Wolf and his family in Turtle Lake remains one of the most disturbing killings in North Dakota history, and it started over an argument about Wolf's dog biting one of the neighbor's cows.

After the quarrel, the neighbor, Henry Layer, refused to leave Wolf's farm, and Wolf pulled out his gun, which Layer grabbed.

The conflict ended with Layer shooting and killing Wolf, his wife, four of their daughters and a "choreboy," as news reports of the time called him. Layer also hit the Wolfs' 3-year-old daughter with the side of a hatchet, killing her.

Only an 8-month-old daughter was alive when a different neighbor stopped by the Wolf farm three days later, and Layer confessed.

John Drennen was in love with Agnes Baker, 19, but she didn't feel the same.

When Drennen entered her house one March night to deliver a letter, she told him to mail it and tried to push him out. He then pulled out a pistol and shot Agnes' mother, Appolonia Baker, followed by Agnes and her 13-year-old sister, Betty.

The women were able to recover from their injuries, but not Drennen. He ran to his apartment and shot himself.

This Bismarck shooting-suicide was the result of "unrequited love," a policeman told The Associated Press at the time.

This shootout on Interstate 94 near Steele began with the robbery of a Jamestown gas station by a group of young adults from Duluth, Minn., and Bakersfield, Calif.

After the robbery, law enforcement set up a roadblock on Interstate 94, and shortly before 6 p.m., they stopped a car carrying four people, including 24-year-old Edward Rangel. As a sheriff's deputy began to question the driver, one of the passengers opened fire.

Rangel was killed in the shootout, and four were wounded: two Kidder County deputies and two other passengers, who along with the driver were later charged with robbery.

Gordon Kahl was holding a Sunday afternoon meeting in Medina to plan an independent township because he was certain the banking system would soon collapse. Nearby, law officers were preparing to arrest him for violating probation.

But when the 63-year-old anti-tax protester came up to the roadblock with family and supporters, he started a 30-second shootout that killed two marshals and wounded four, including his son.

Kahl fled the scene, a multistate manhunt ensued, and when he was eventually found, another shootout led to his death.

Michael Neugebauer was 15 when he shot and killed his parents, brother and sister in the family's mobile home just east of Bismarck.

After the shooting, Neugebauer drove to his high school and asked his girlfriend to run away with him, which she did. They were caught two weeks later in Florida.

Neugebauer was ordered to serve multiple life sentences. He was moved to a high-security prison in Texas after he made two attempts to escape from the North Dakota State Penitentiary.

Daniel Jantzen, 56, told a courtroom he "snapped" when he walked into Sharon Hatcher's mobile home in Valley City and began firing a semiautomatic gun. He killed Hatcher and two others, and injured one.

The 56-year-old former meth user and gun collector claimed he went there because he was upset about Hatcher's drug use, but a prosecutor called it jealousy. Jantzen and Hatcher had been in an on-and-off relationship.

Four persons were bound over for trial in U.S. District Court Feb. 22, 1983, after appearing at a preliminary hearing before the federal magistrate in Fargo in connection with the shooting deaths of two U.S. Marshals.

The scene of the Gordon Kahl shootout with U.S. marshals in 1983 near Medina.

Daniel Lee Jantzen waits for his initial court appearance in 2003 in Barnes County District Court where he was charged with three murders and one attempted murder in Valley City.

Sharon Hatcher and her daughter, April, and April's boyfriend, Michael Barnett Jr., were murdered by Daniel Lee Jantzen in this Valley City mobile home on April 15, 2003.